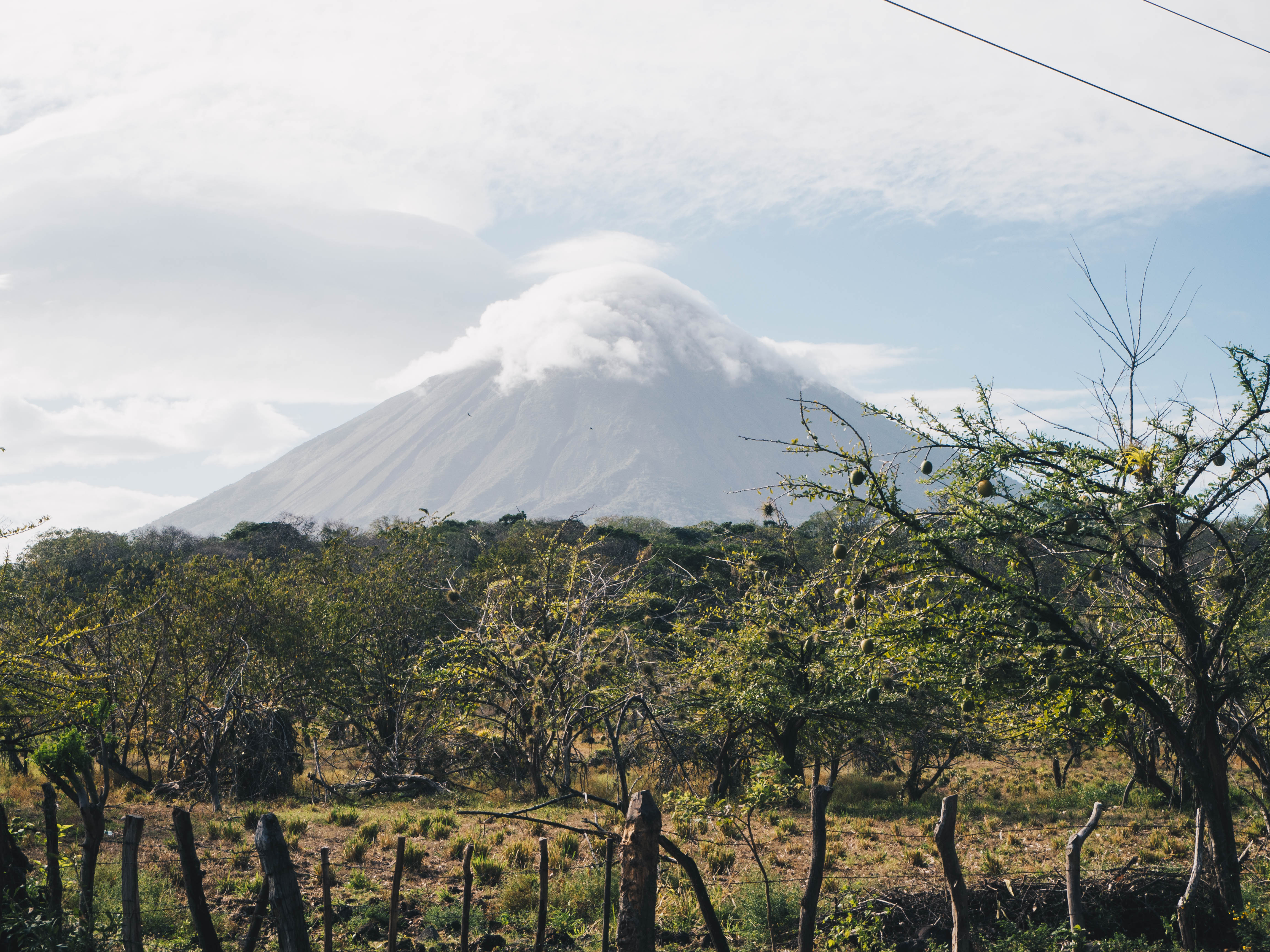 After 2 weeks in cities time to go green and visit Ometepe Island.

What was supposed to be a 4h ride turned to be 7 hours with a "record" of 4h to do 76kms in chicken bus! At least we both had a seat (with views on bums and nice smells of  sweat as the bus was packed ...)

Our visit of Ometepe started with the ferry crossing Lake Nicaragua , where we sat on the outdoor dock for 1 hour watching the two big and lush volcanoes approaching ! Great feeling!

The legend wants that Lake Nicaragua was formed by tears from a lady who couldn't date the man she loved because he was part of another tribe. She must have been really sad then considering the size of the lake...

We based ourselves in Moyagalpa as we found it easier to go around. What we didn't know was how crap the public transports were on the island. So we decided to rent a bike to get around (don't tell our mums !) 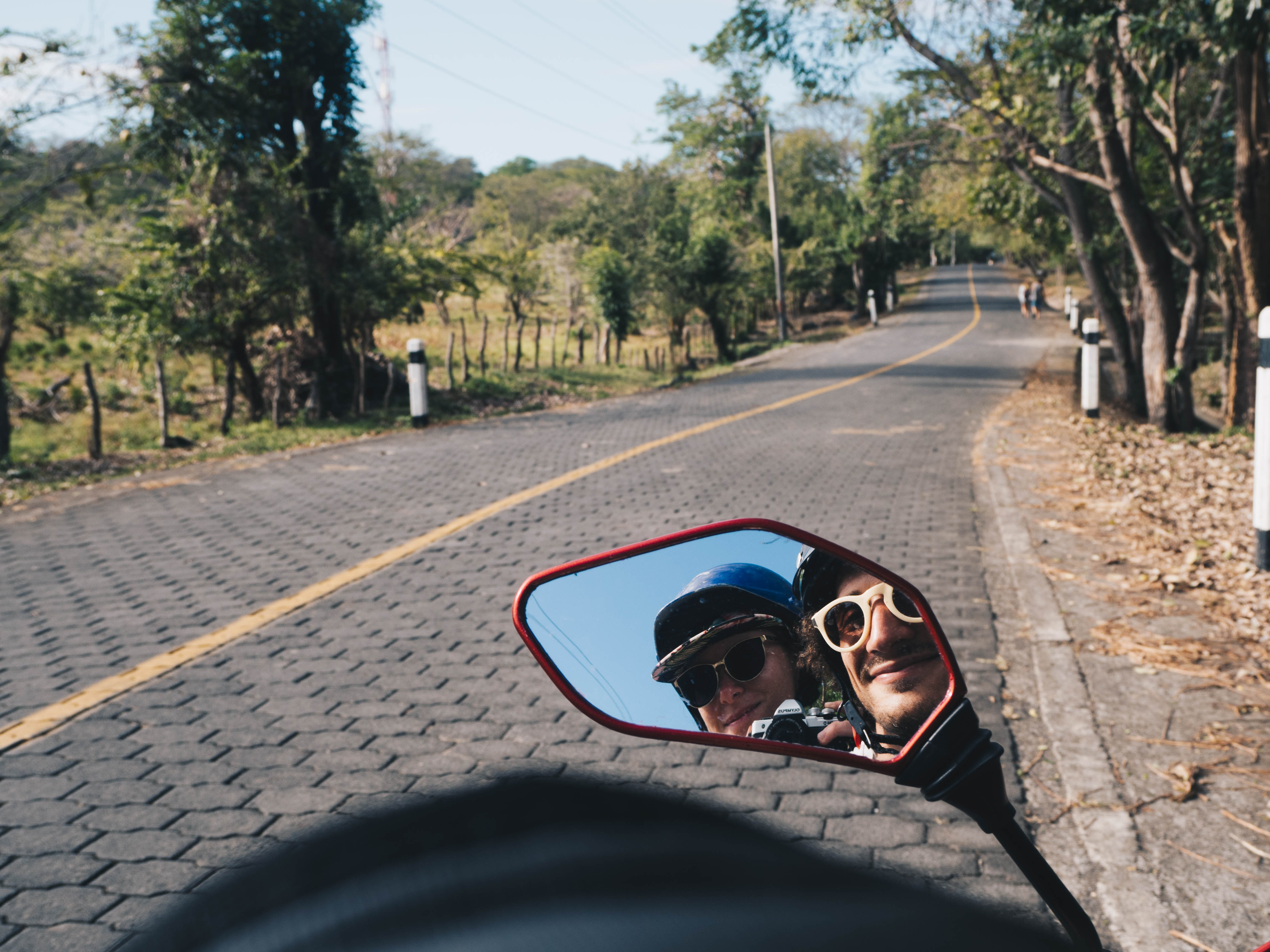 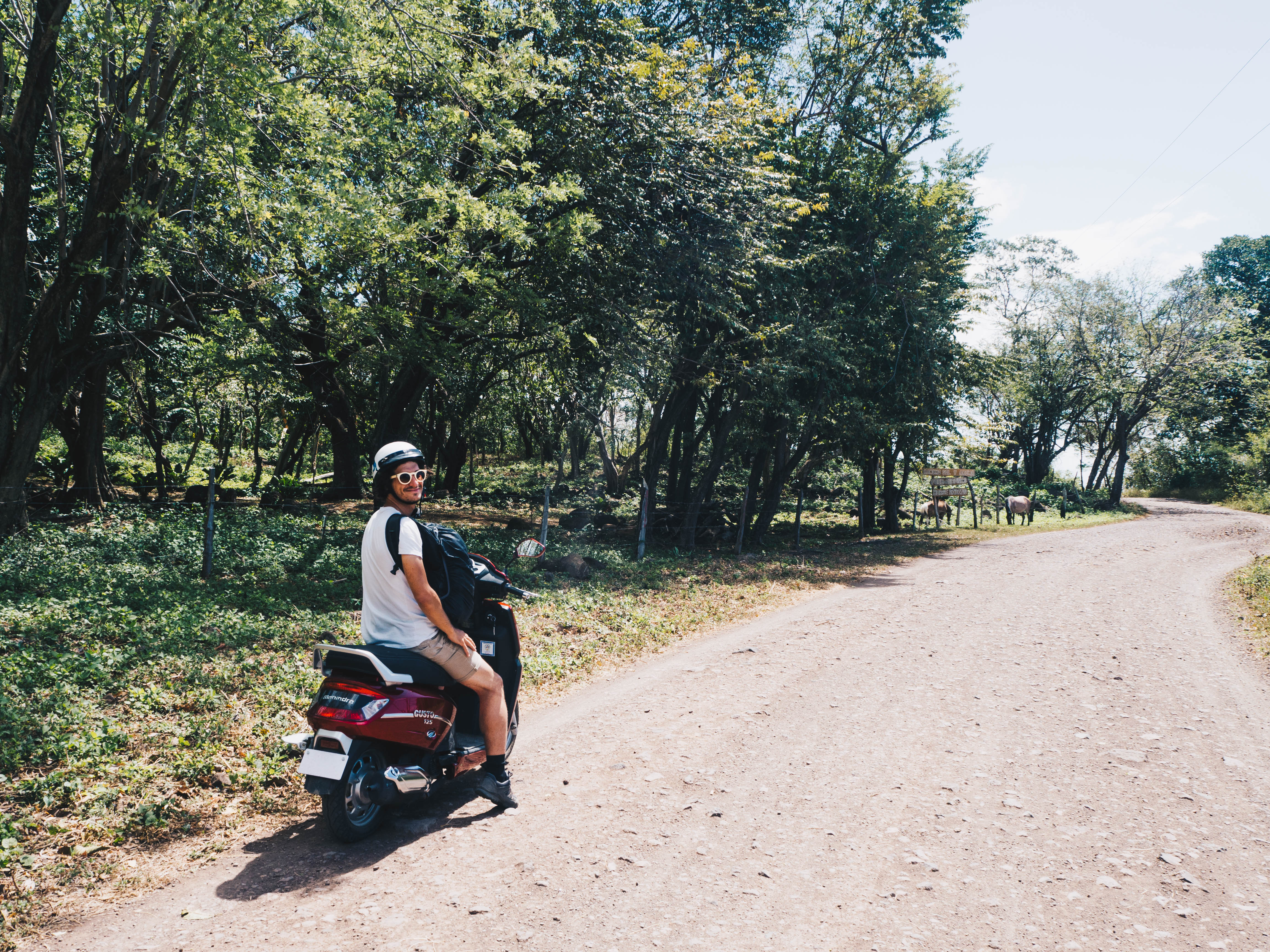 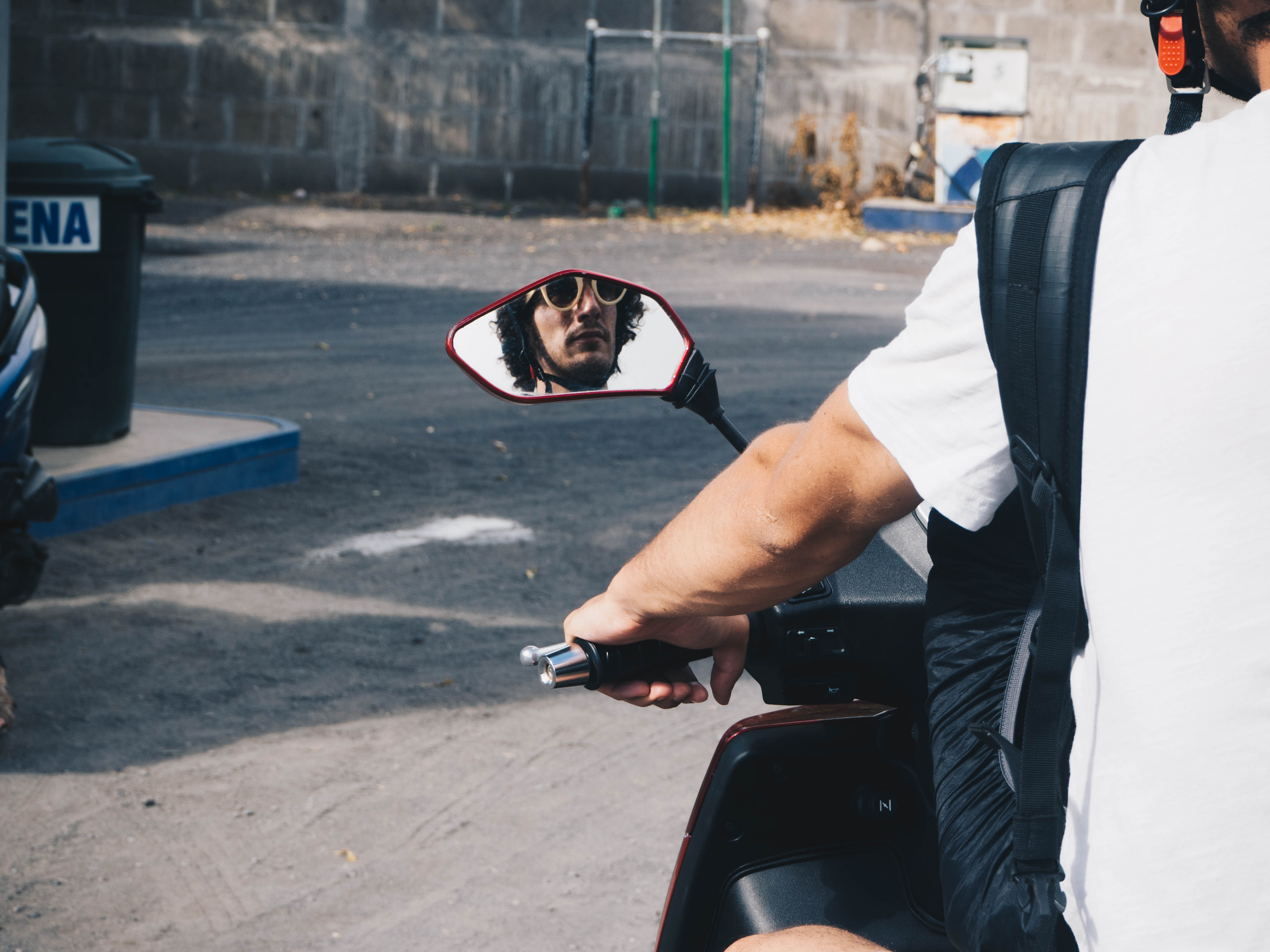 We shared the road (or more like a track as most of the second island has unsealed roads. Our bums still remember it! ) with cows, horses, horse-drawn carriage and monkeys! We are back in time in Ometepe (but they do have internet . Well at least when there is electricity !)

Great 5 days here going slow, riding our bikes, working a bit, having rain for the first time in 8 weeks and enjoying the views on the volcanoes. We stopped our crazy volcanoes climbing challenges for a bit in Ometepe as it was really hot so we were a bit lazy even though Maderas and Concepcion Volcanoes looked beautiful :) next one in Costa Rica!

We walked 4kms to get there and we even crossed a landing strip (knowing their boats and buses i wouldn't take a plane here ...!)

Not much to do here but it's nice. 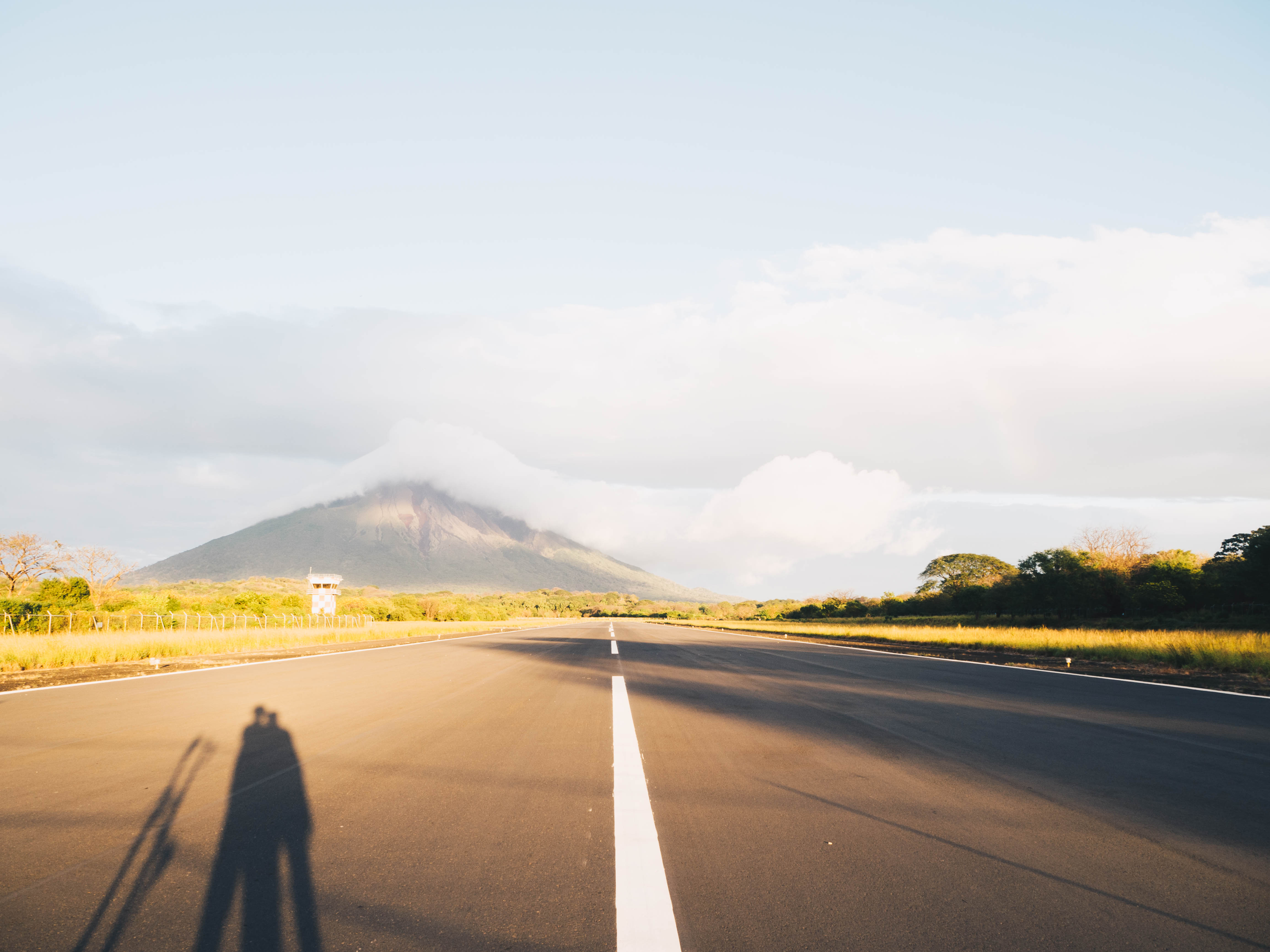 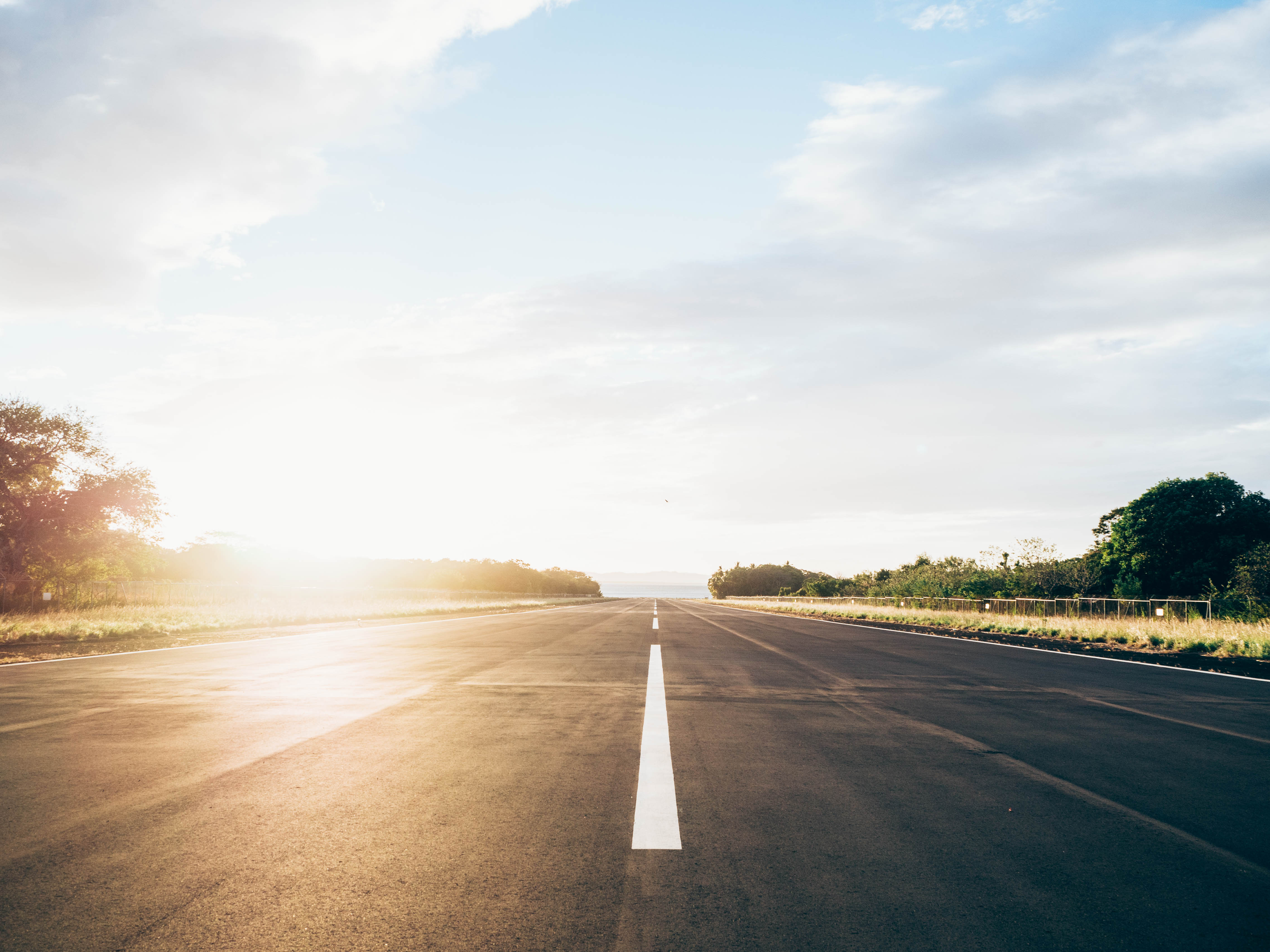 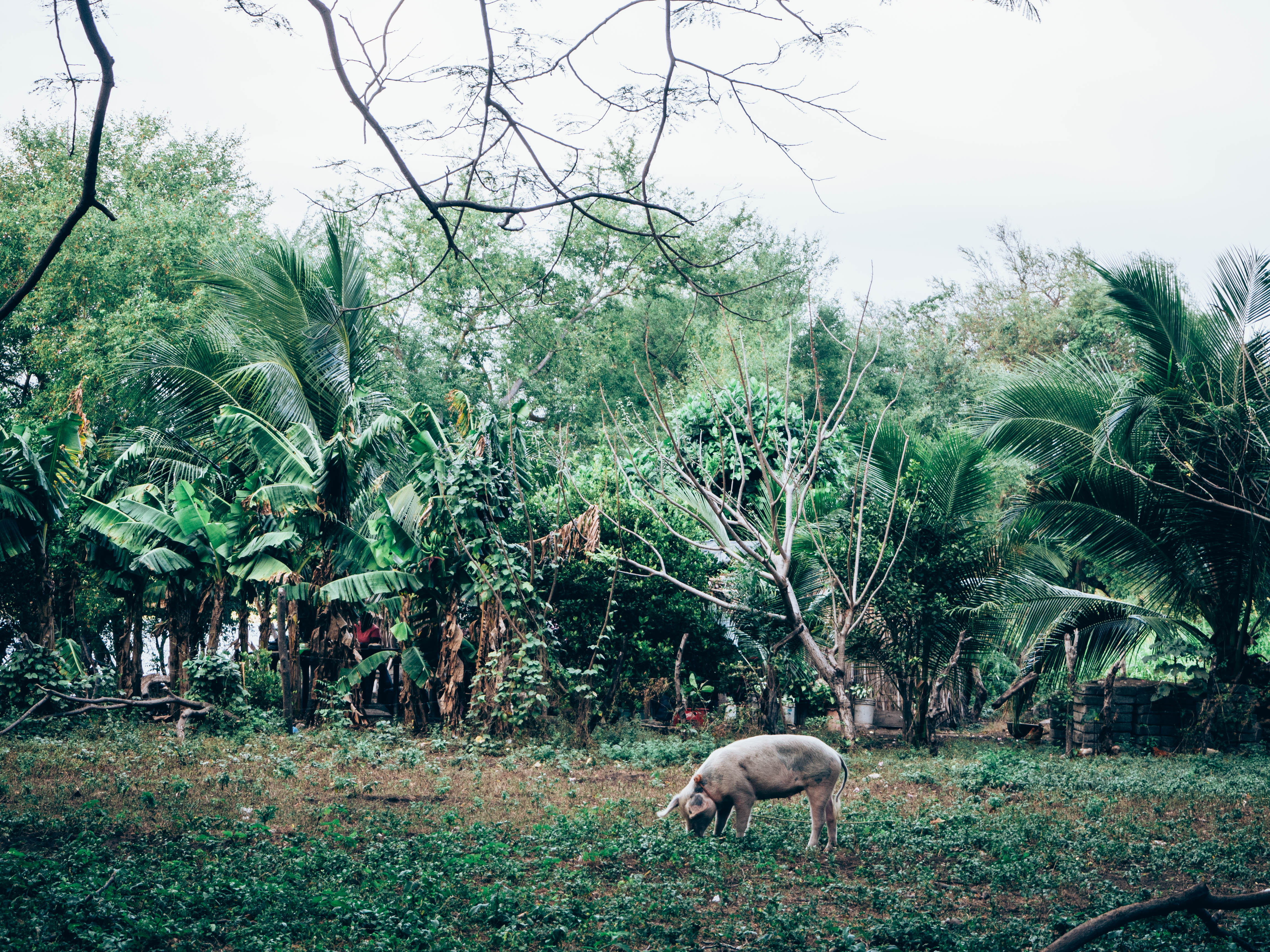 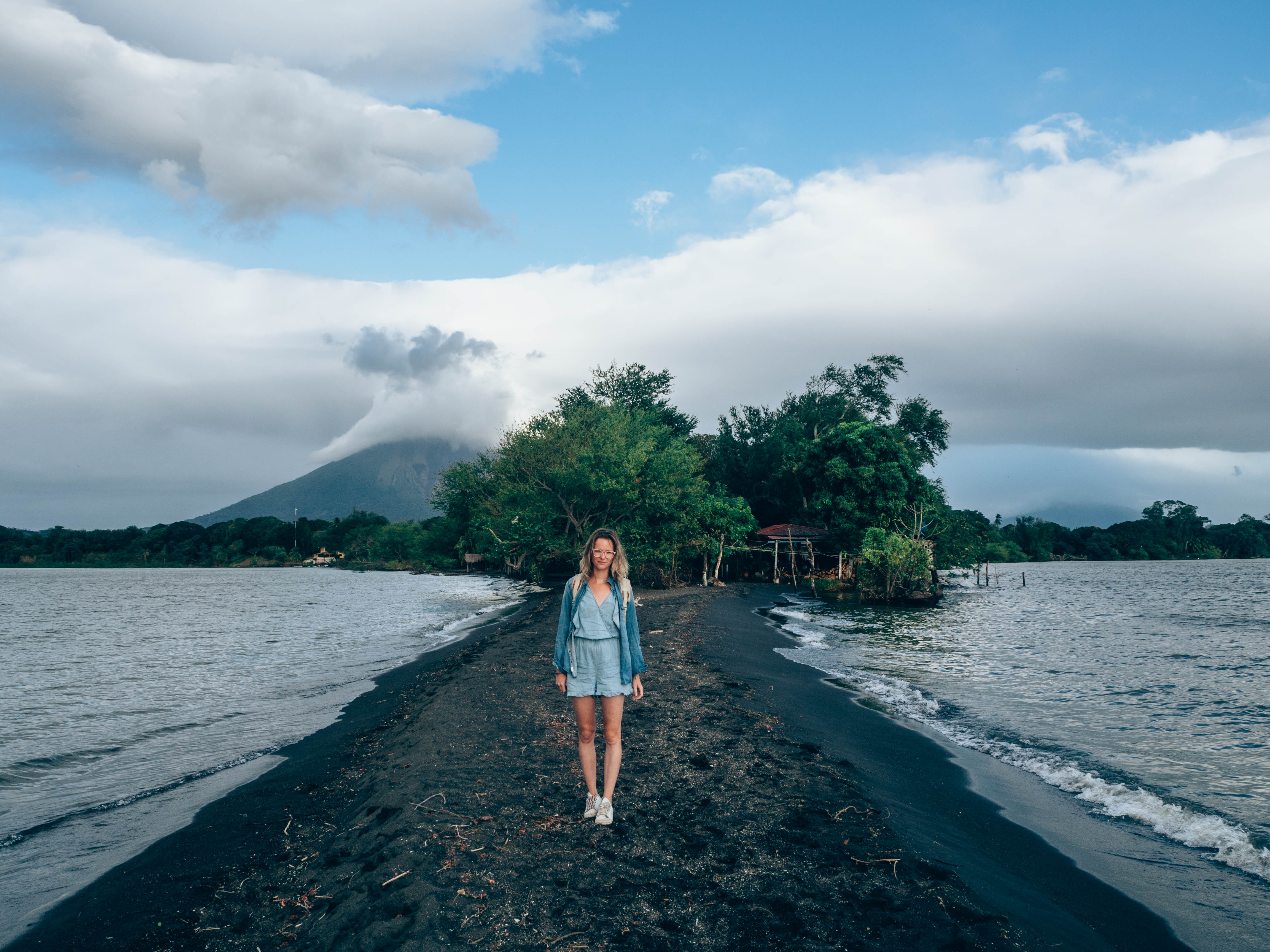 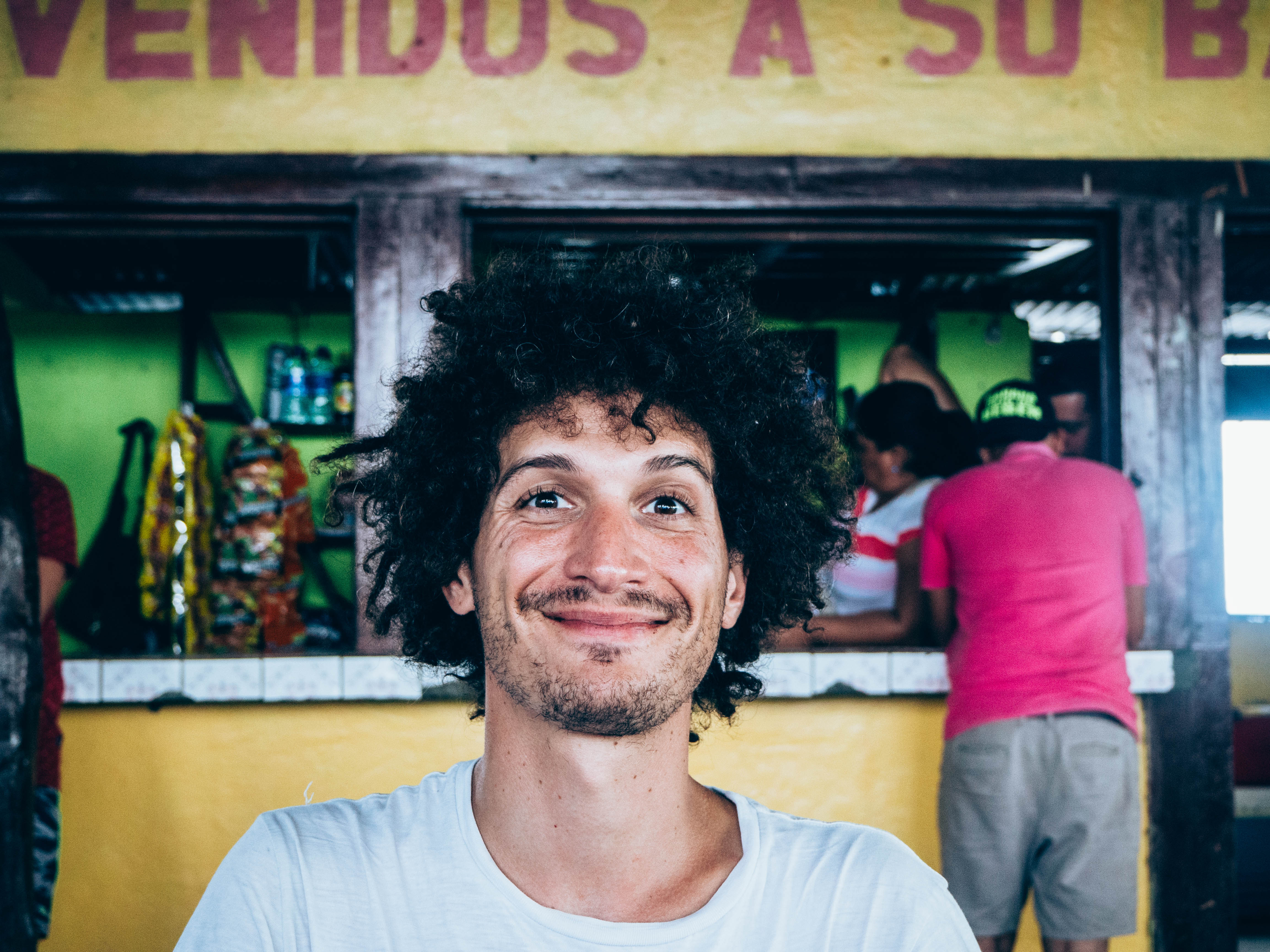 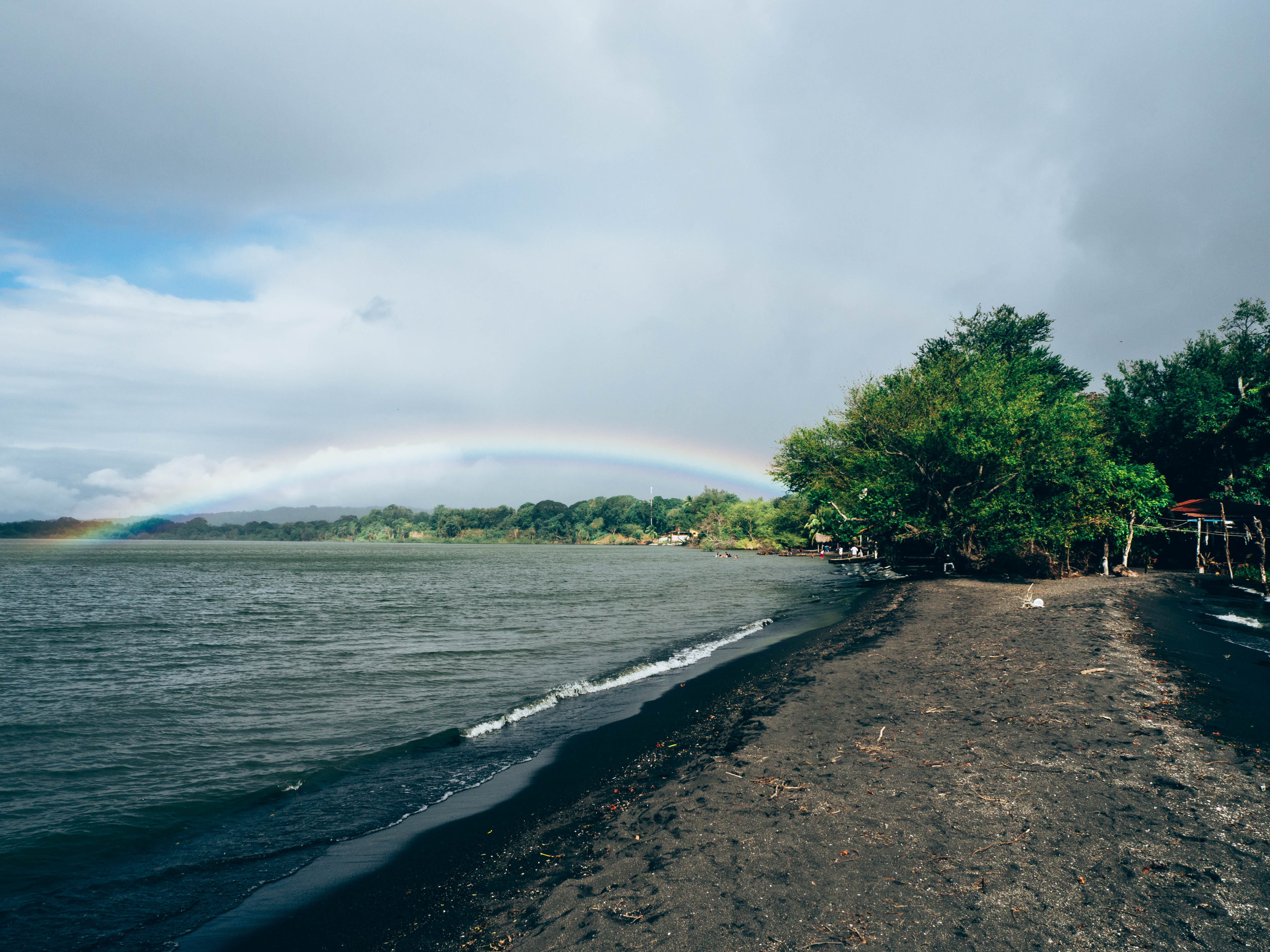 It's an easy 15kms on sealed roads from Moyagalpa. The visit starts with the butterfly reserve, we loved it! So many colours. The tropical flowers are great as well.

Then we hiked for around 2 hours. It was so hot and dry that the landscapes were not amazing but what made our day were the 10 monkeys surrounding us and observing us the same way we do. Quite impressive as they were howler monkeys and started screaming. We left quite quickly as we didn't feel really welcome :) 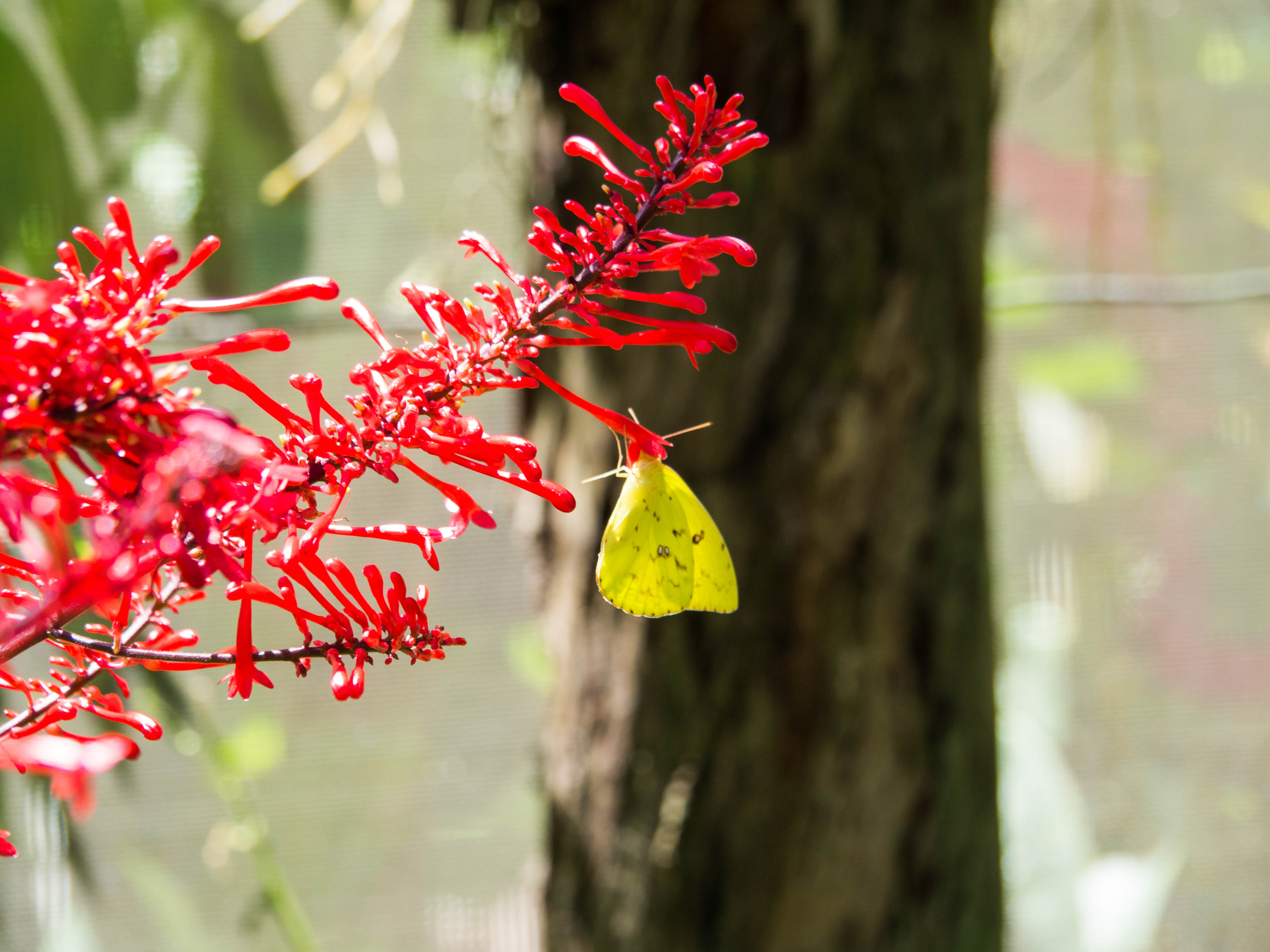 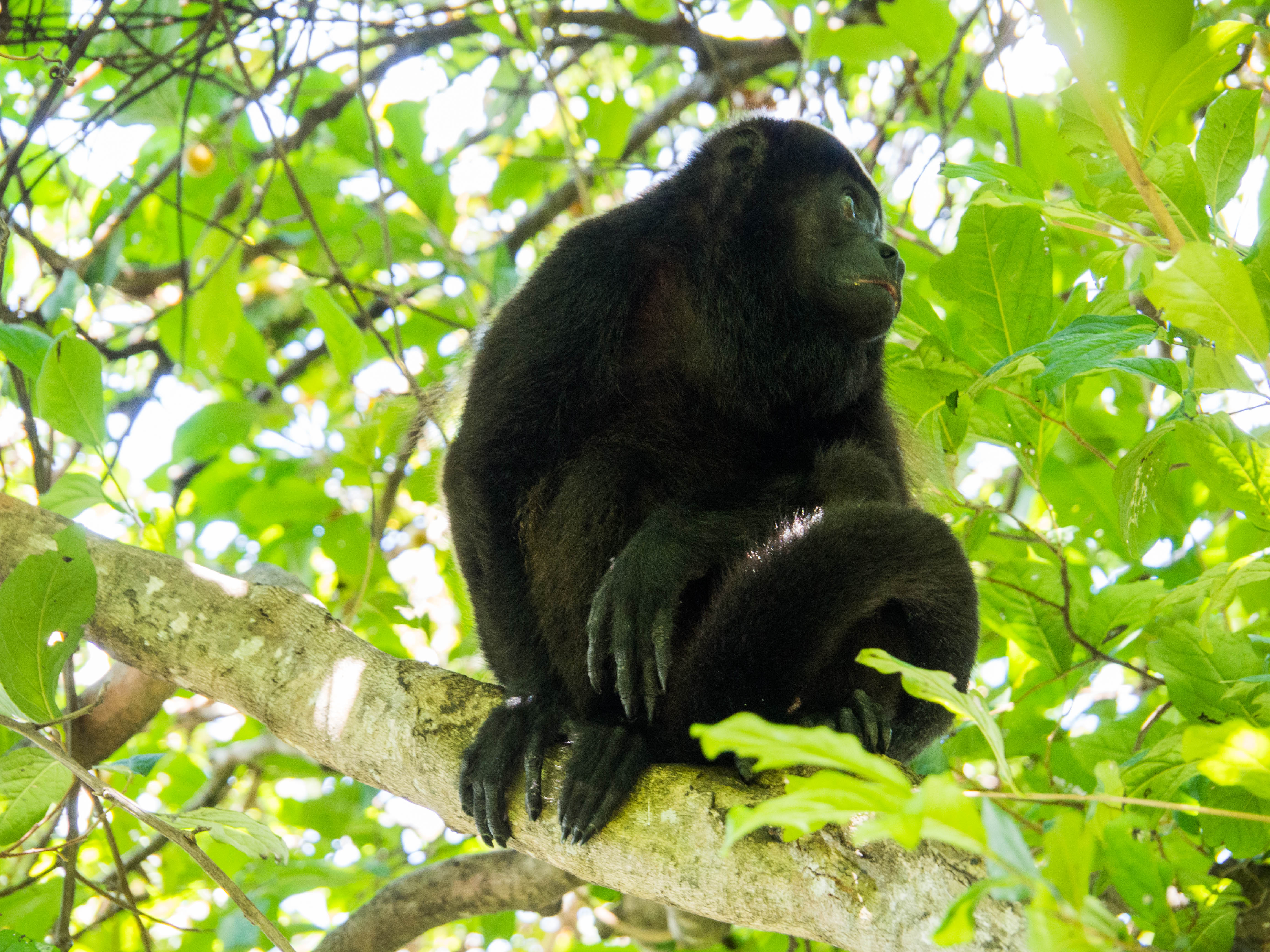 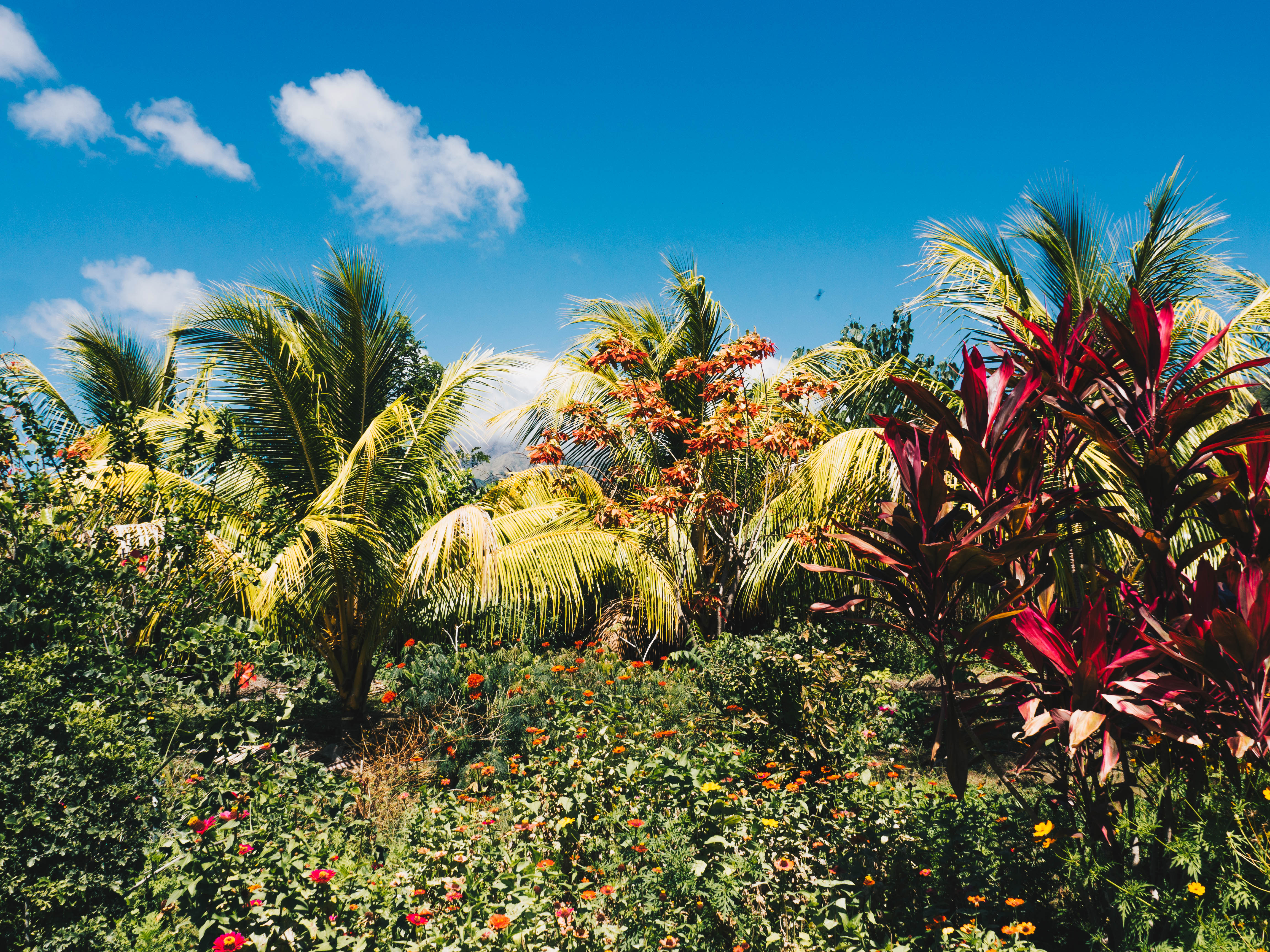 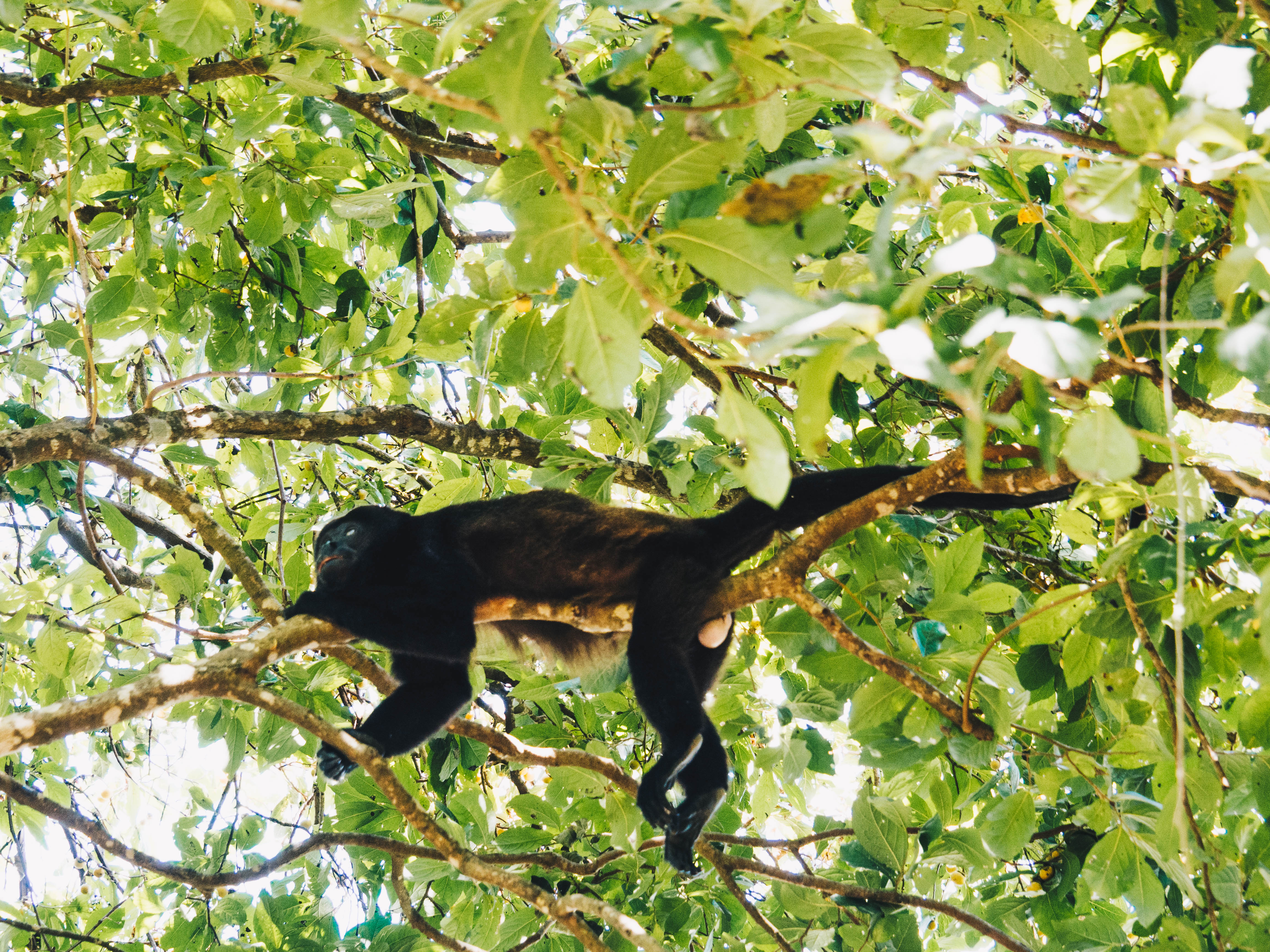 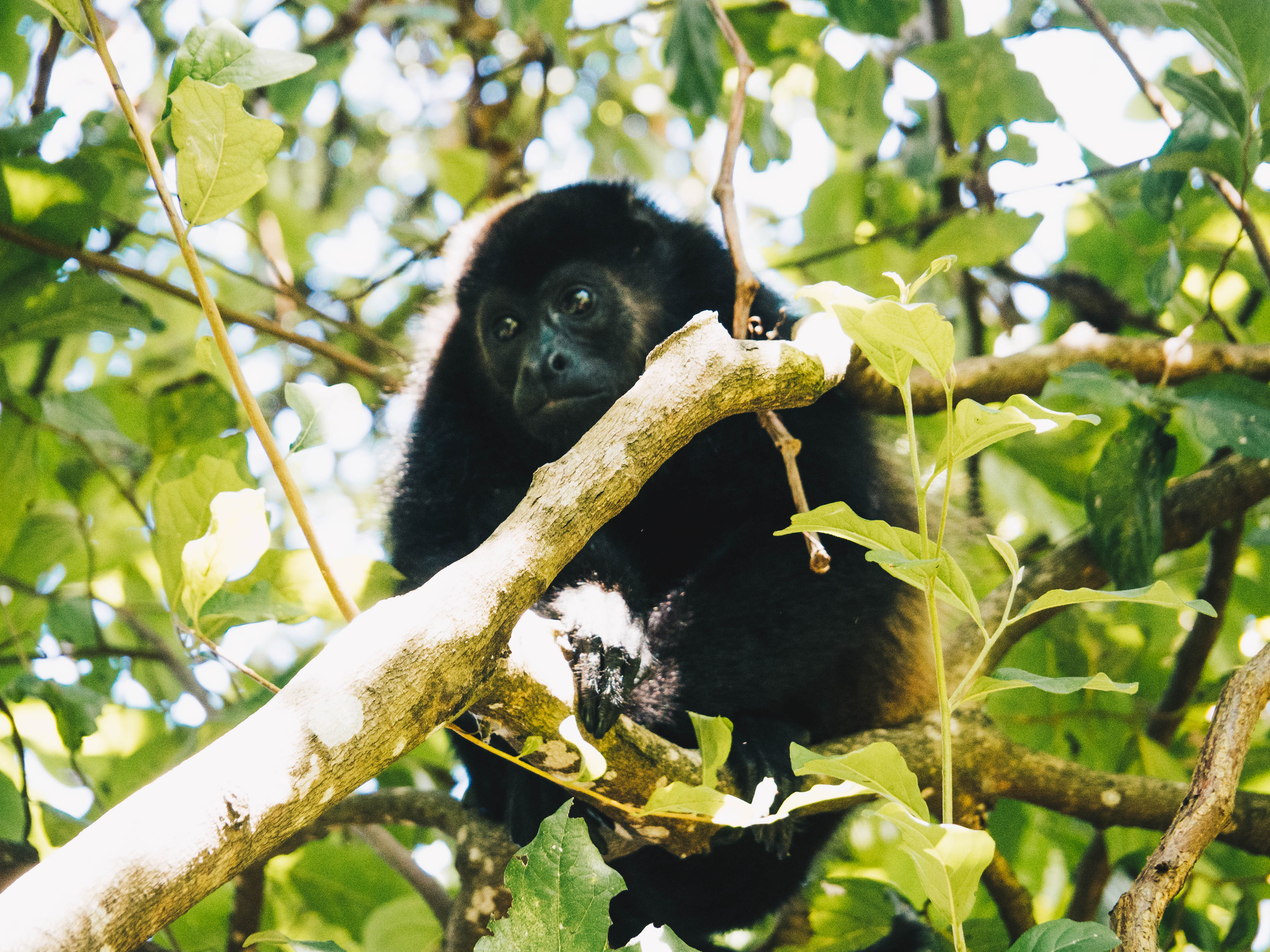 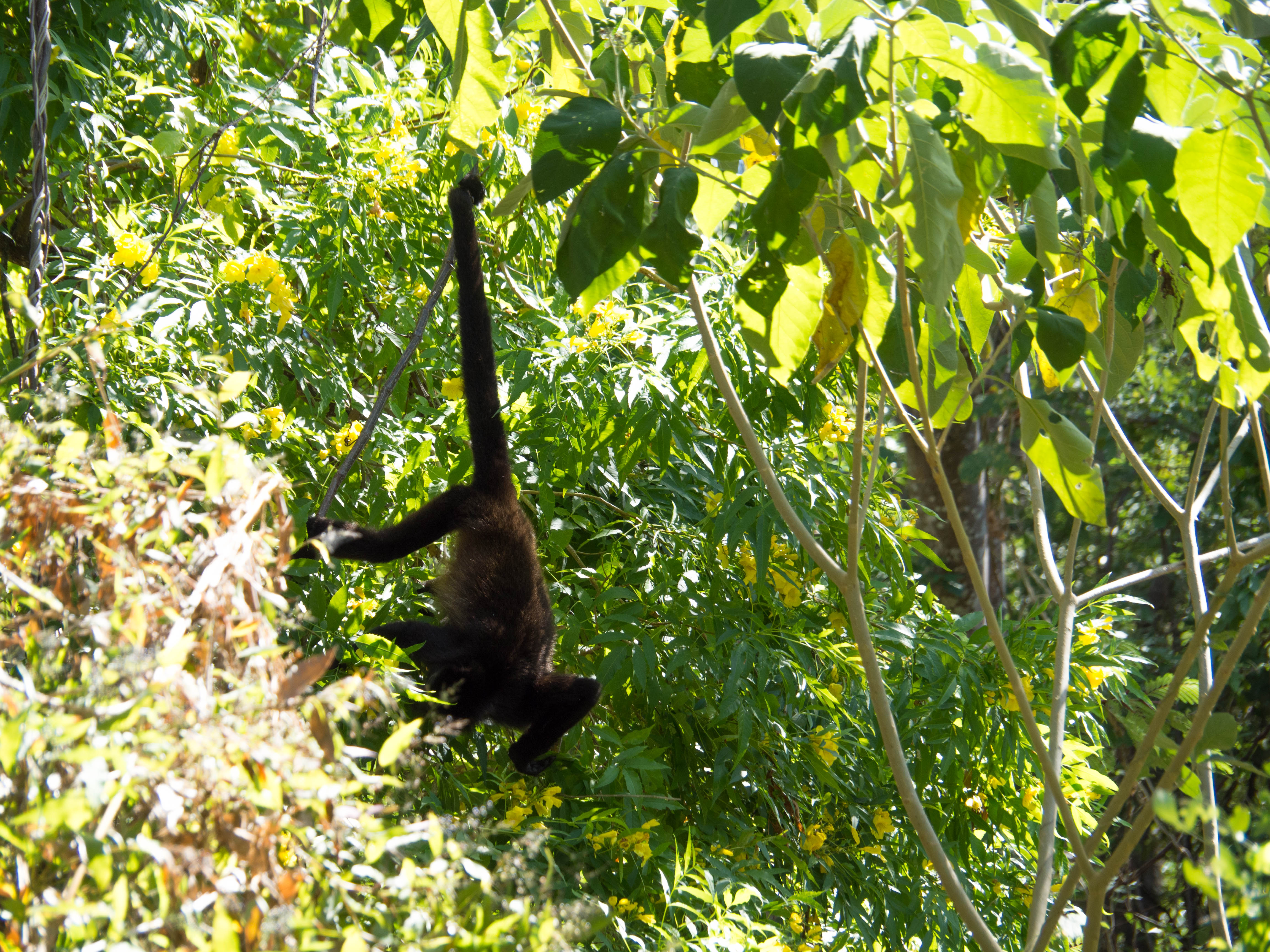 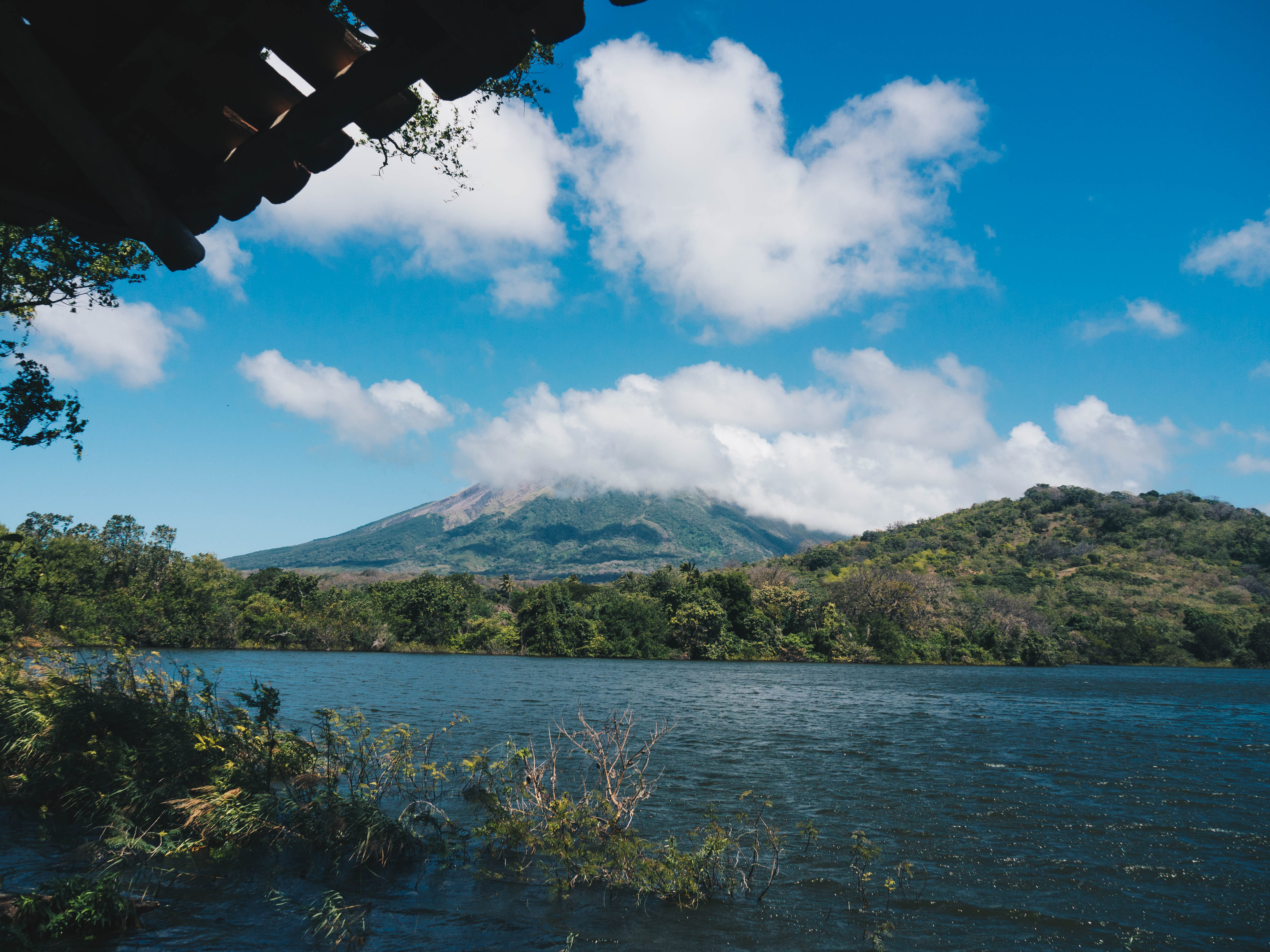 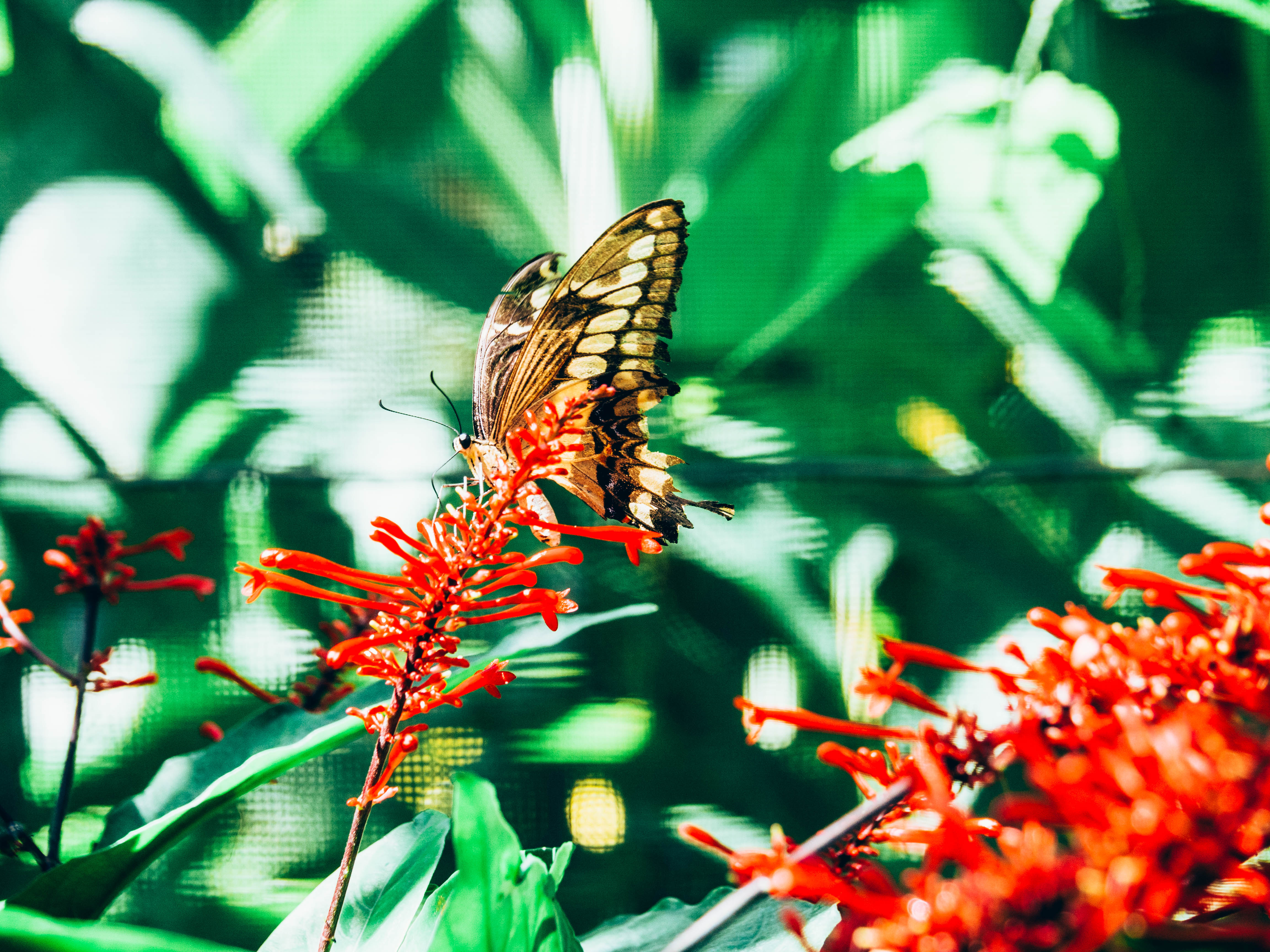 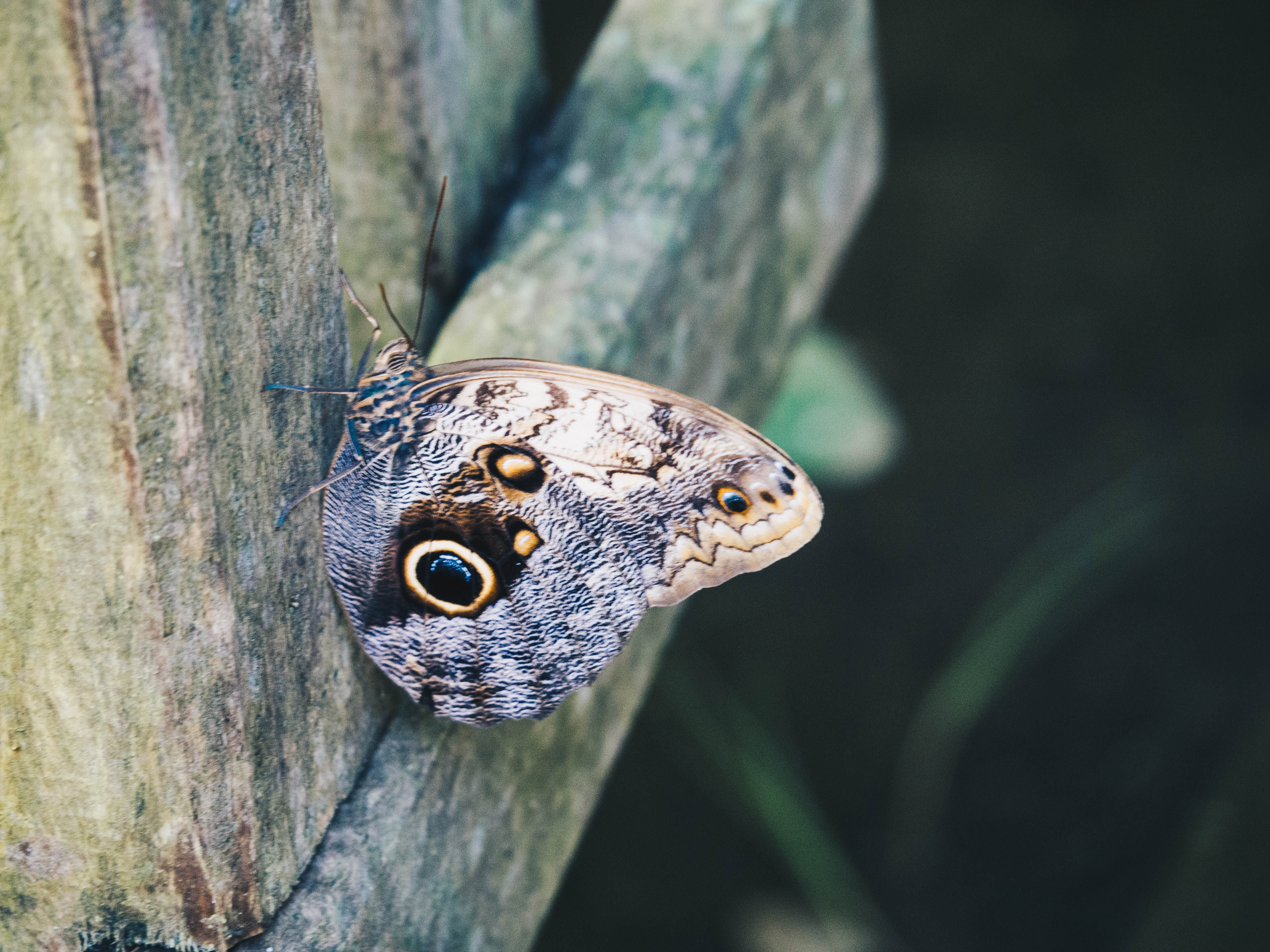 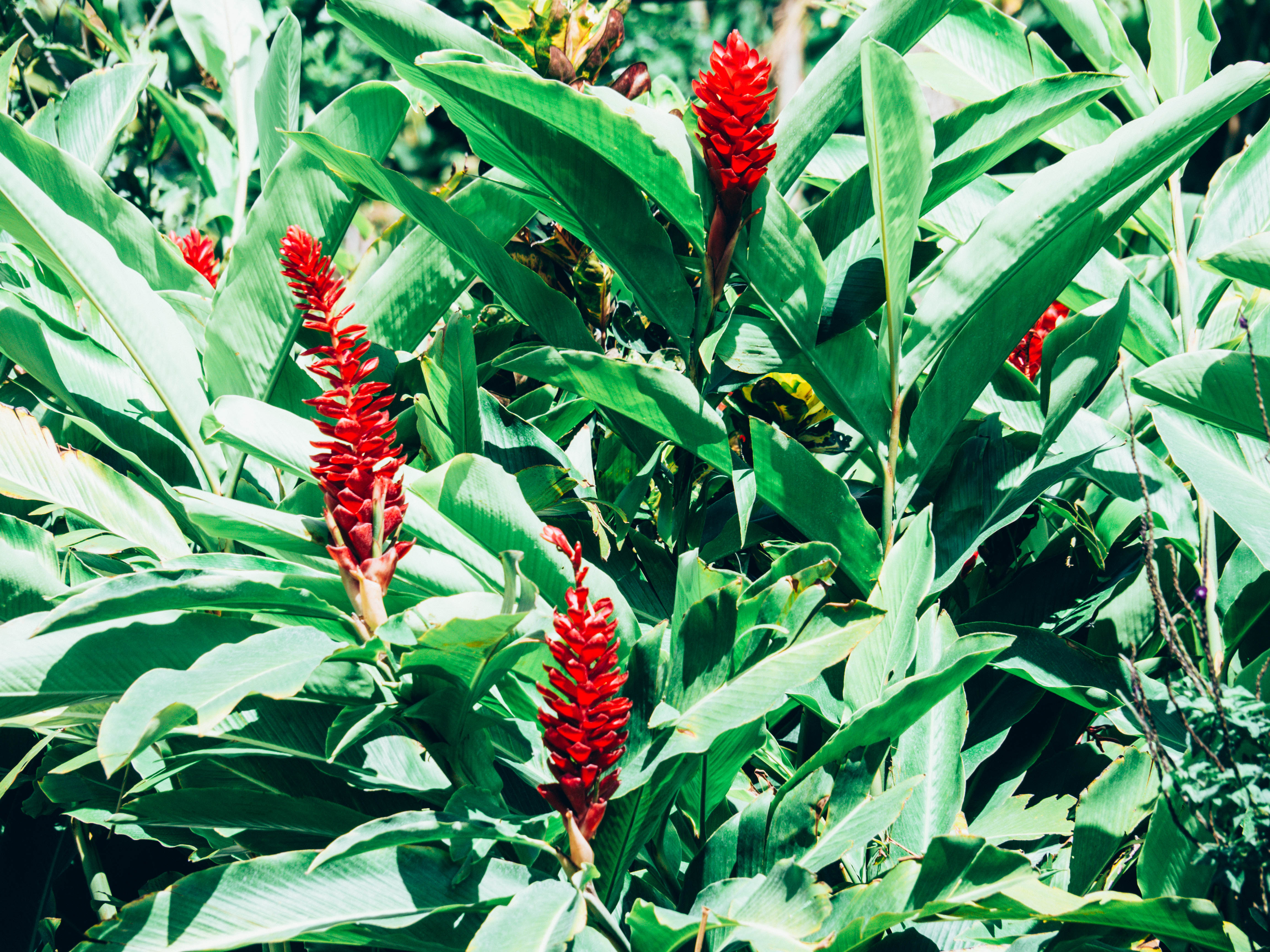 Many beaches around Santa Cruz and santa Domingo with black sand, horses running around and still views on the volcanoes dominating the island. 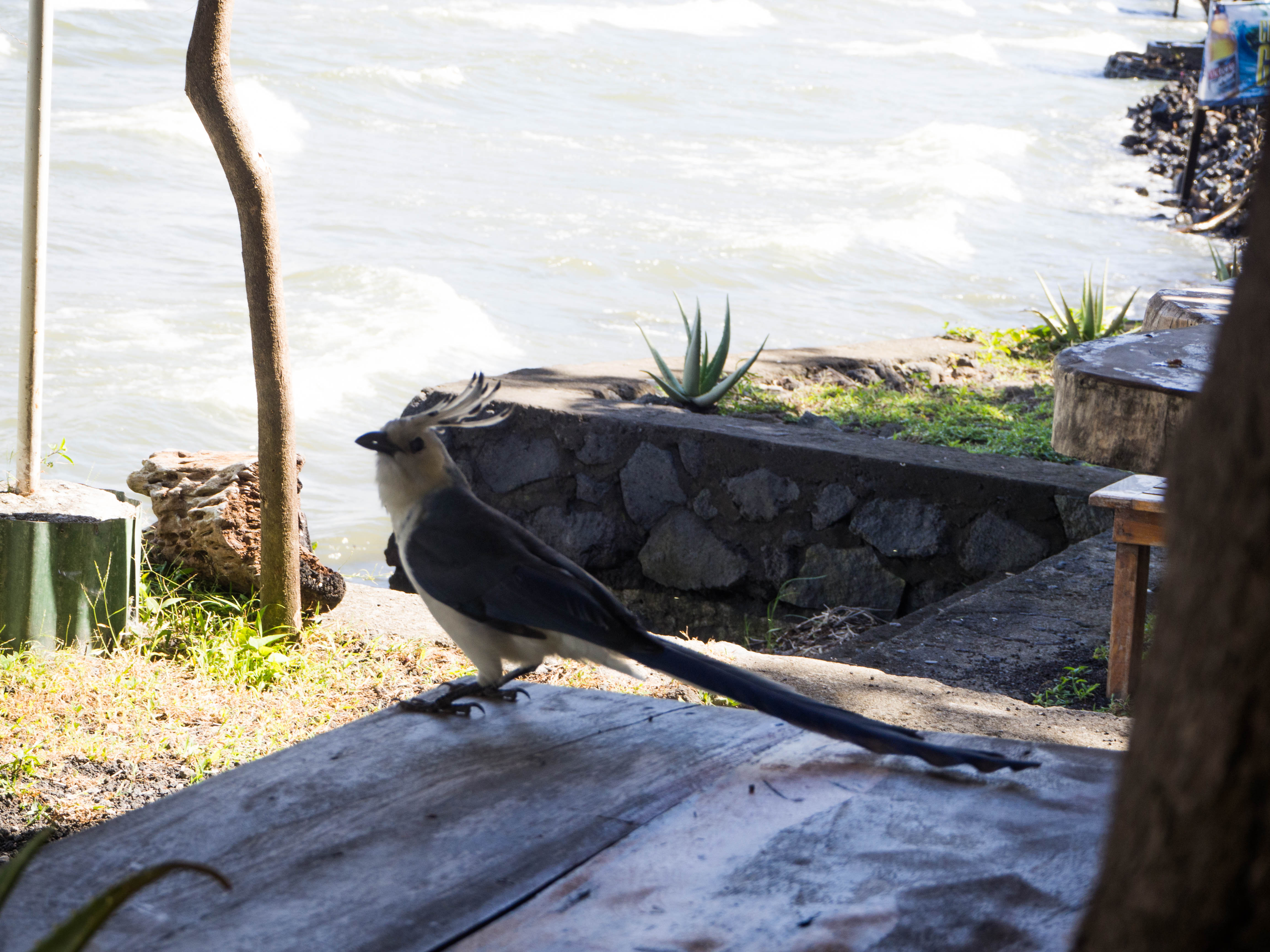 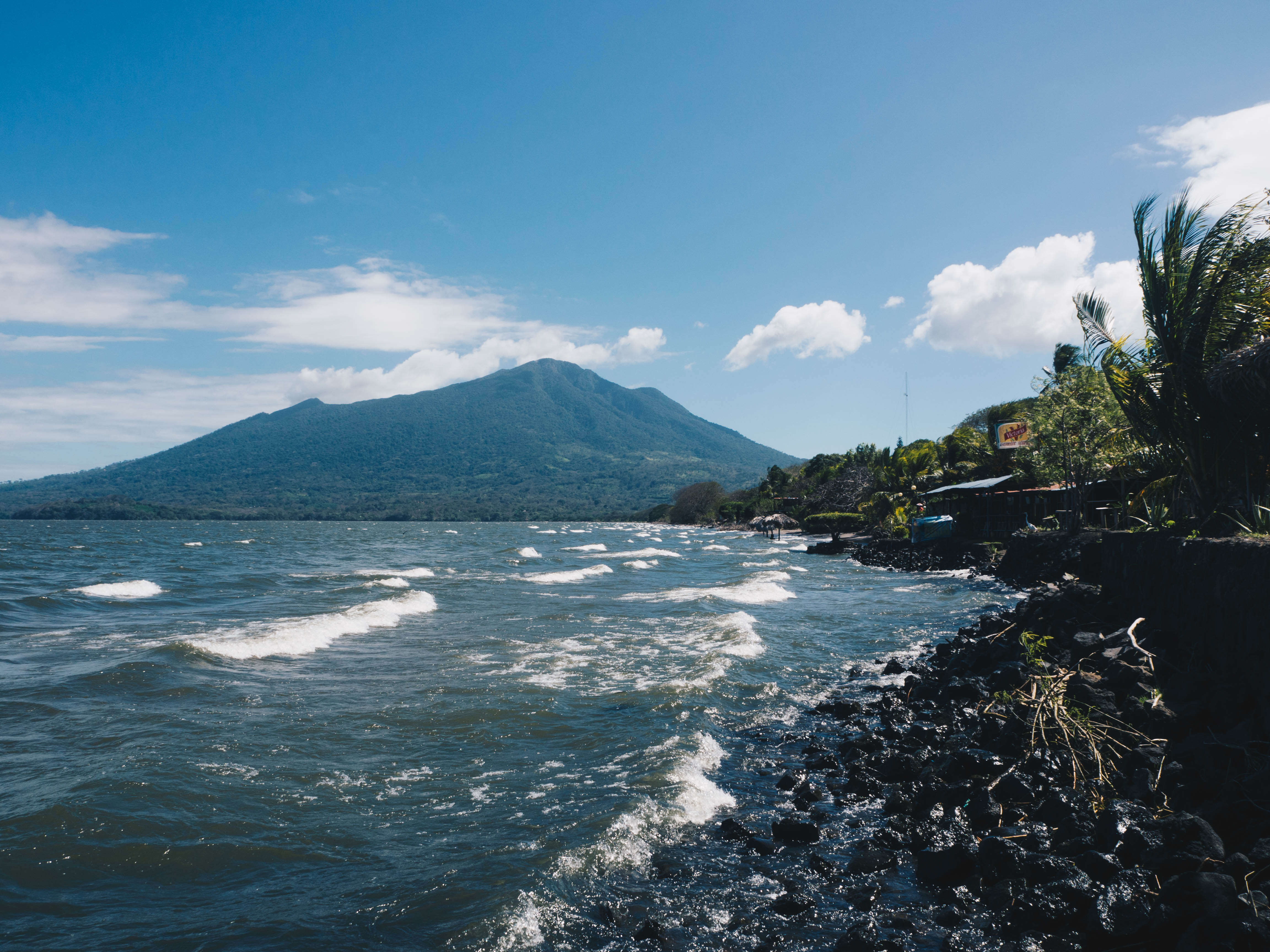 Best thing we did in Ometepe! We rented a bike again and it took us 2h to do 30kms among rocks, cows and the rain. When we arrived there we hitchhiked to do the last 5kms quite steep and we met a lovely couple Frédéric and Eduardo who took us in their 4x4. From the parking we then had a 45minutes walk in the jungle. The waterfall is  impressive ! 45 metres high and surrounded by lush vegetation. Amazing! Be careful though as it's slippery and you might end up with a big bump the size of an egg ruining your pretty face and all your future pictures. Isn't it Frédéric? :) 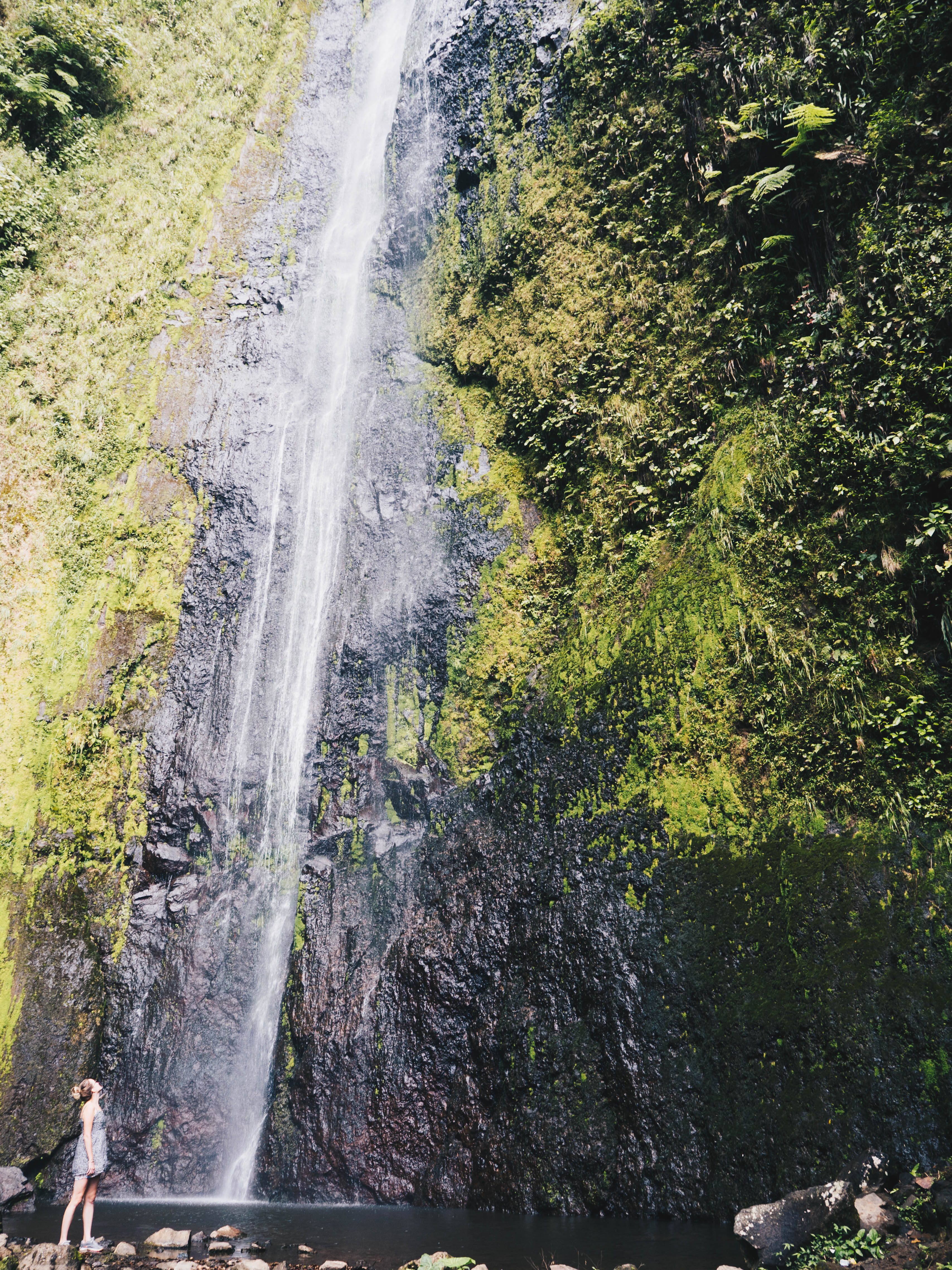 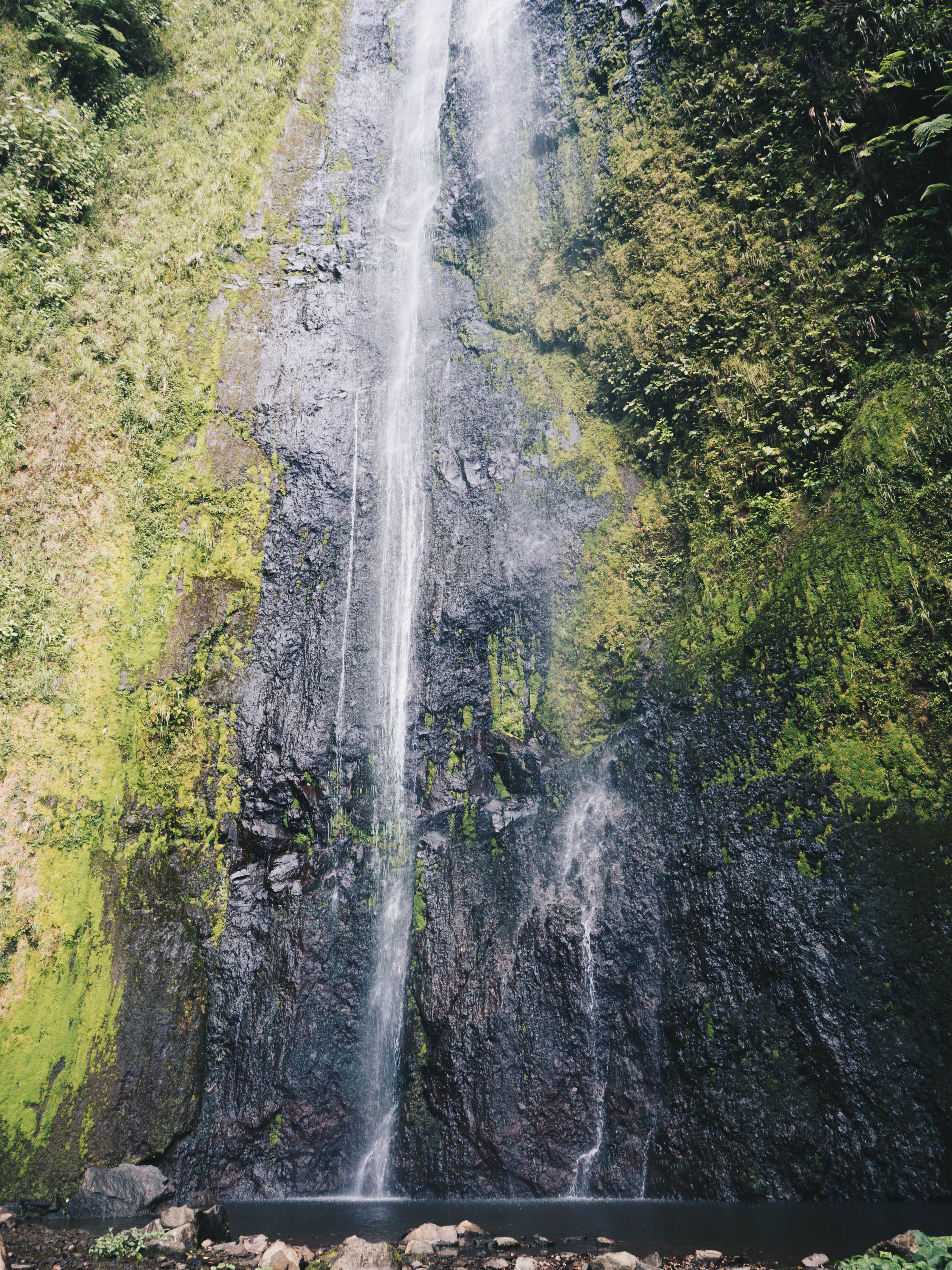 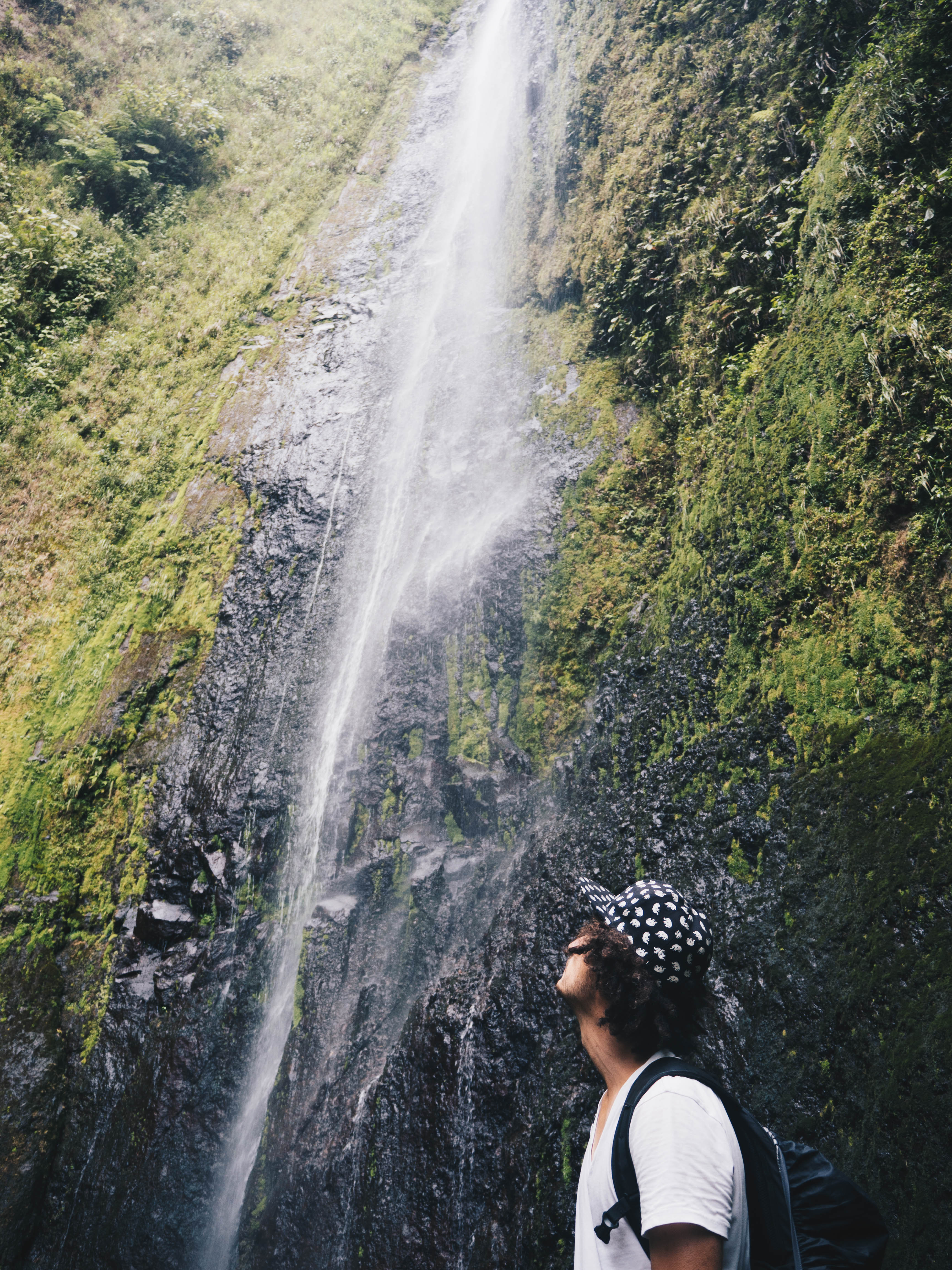 That's it for Ometepe . A nice island giving you the feeling to be back in time and perfect to unwind !

# We rented a scooter for $20 USD a day with Green Expeditions. Brand new Scooter and good agency

# San Ramon Waterfall is amazing but the journey to get there by scooter is tough!

# From Granada, take a Chicken bus to Rivas (29 Cordobas per person) then a taxi to San Jorge (hard to negotiate but we got it a $5USD for 4 people) and finally the ferry to Ometepe island (50 cordobas per person)