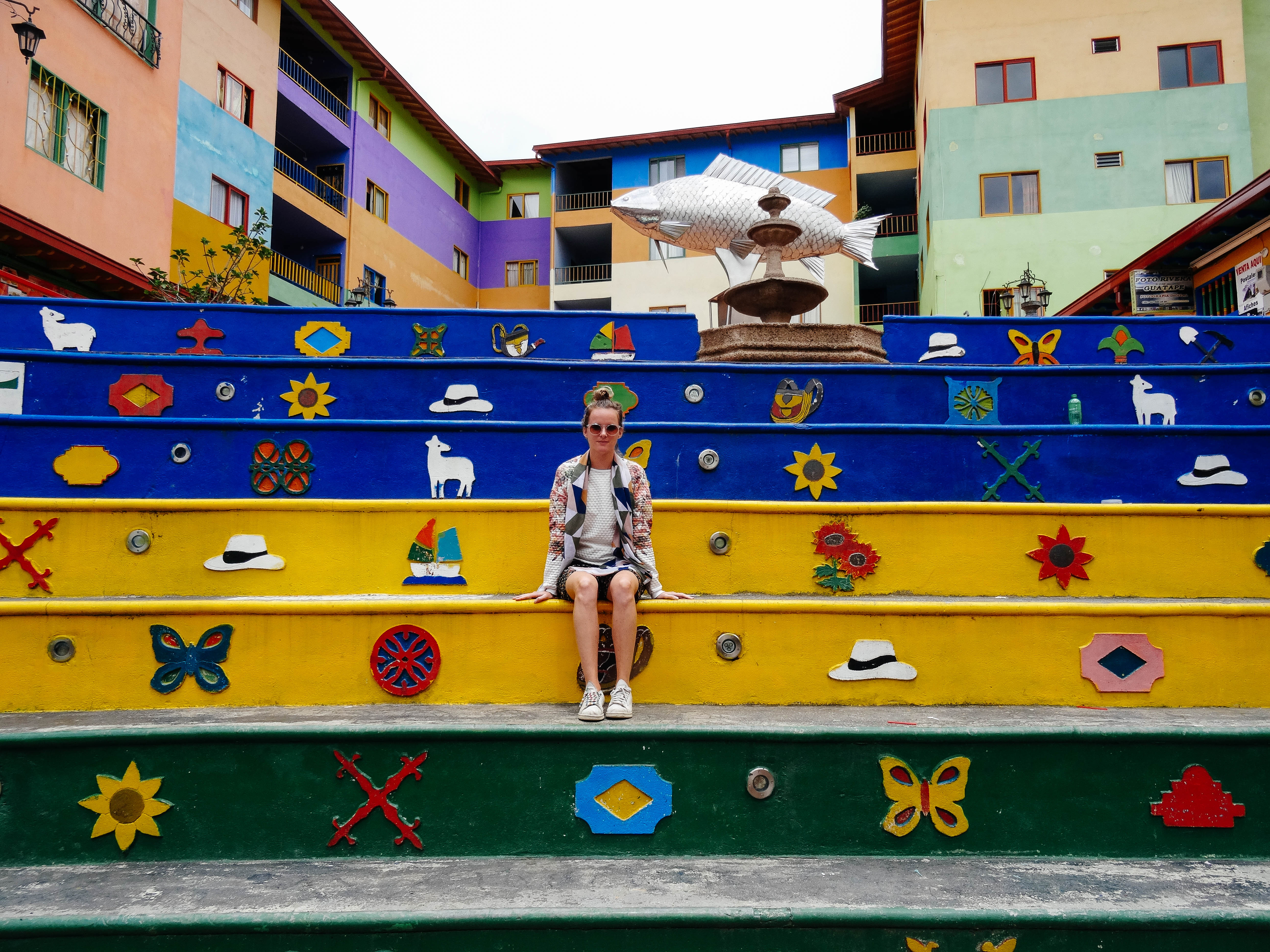 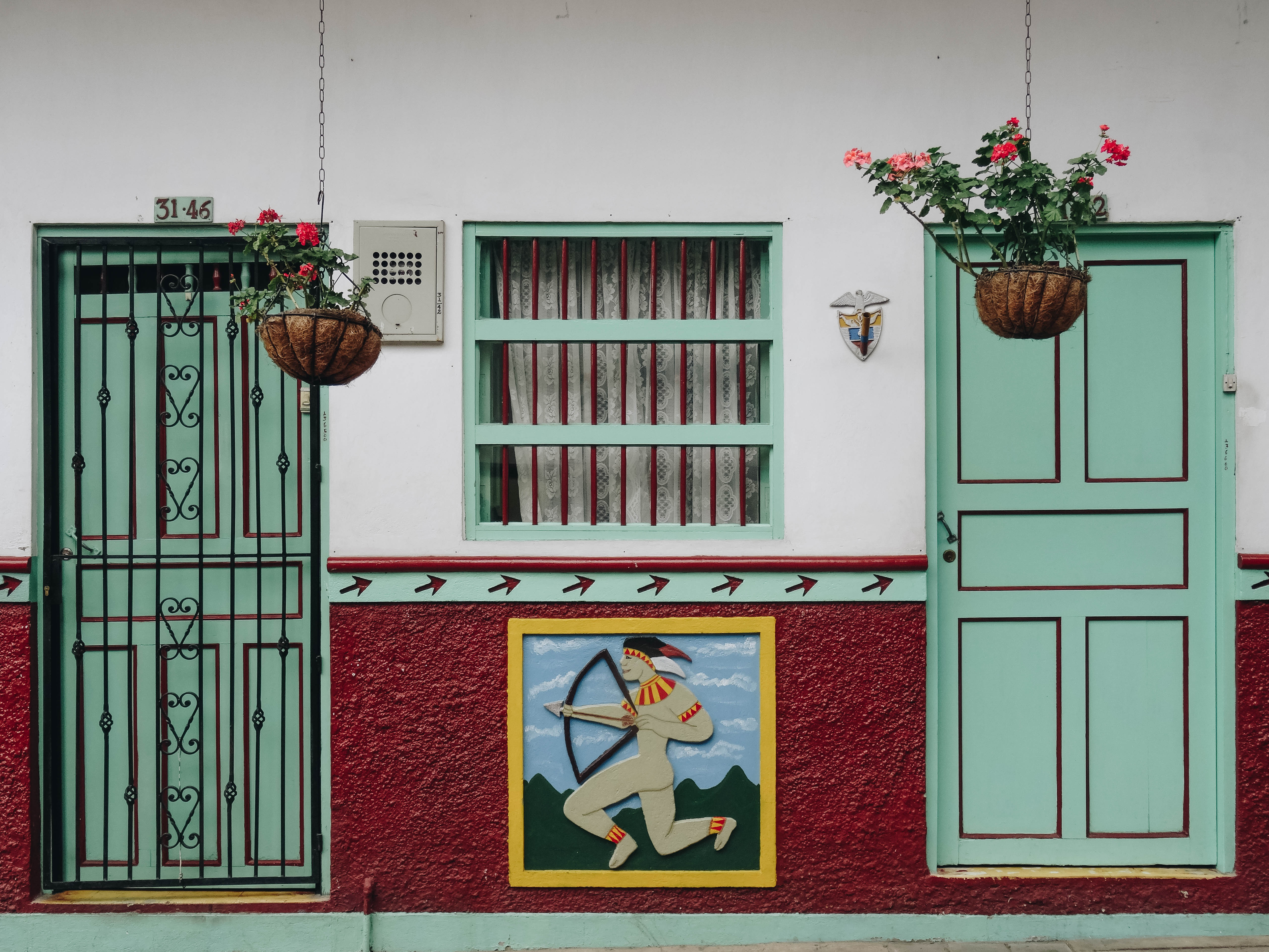 An easy 2 hours bus ride from Medellin is the little town of Guatape. Named after an indigenous, Guatape has been built by the the Spanish in early 18th century. It was the centre of the region for agricultural and farming. In the 60s a dam and lake were built around the city and most of the town live around that and also around tourism with people from Medellin coming for the weekend.

We started early on that day, leaving Medellin at 6.30am from the Norte Terminal. The bus stopped probably more than a hundred times on the way to Guatape to pick people up, sometimes just 20 metres away from each other… How frustrating !!!

We arrived and started our visit with la Piedra del Penol. We climbed 700 steps to have a beautiful view on an artificial lake and dam. The rock used to be worshiped by the indigenous living here and is still considered as sacred by locals. The town was flooded in the 70s to create a big hydroelectric complex and many villas with waterfront were built (Pablo Escobar had one as well!). Locals come here on weekend to do many water activities. Crazy to think that all these lakes are artificial!

After the visit, we headed to Guatape with our little tuctuc (painted in many colours!) to discover a really nice zocalo (main square), many houses with colours and scenes from everyday life painted on it. We liked the atmosphere but it lacks some authenticity. We treated ourselves with an almuerzo (menu of the day with chicken, rice, a soup and a drink for 10,000 pesos!) and an ice cream, yummy!

It was time to come back to Medellin and for the two hours ride back we had torrential rains taking away all the waste down the roads. Scary!

# Bus leave Medellin Norte Terminal every hour or so to Guatape: 13,500 pesos per person

# You can stop first at el Penol to climb the famous Piedra. 18,000 pesos per person.

# 2 hours in Guatape is enough 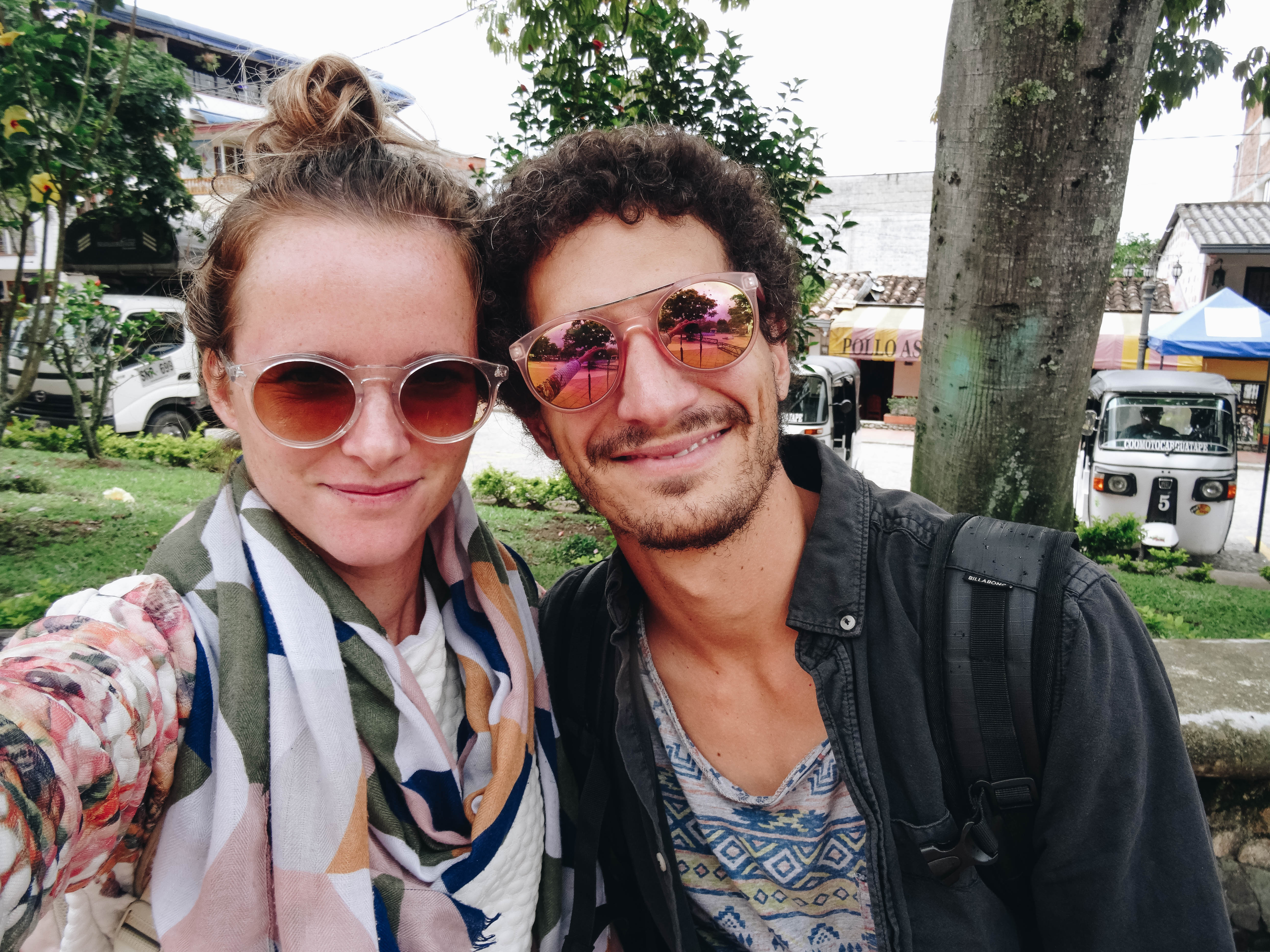 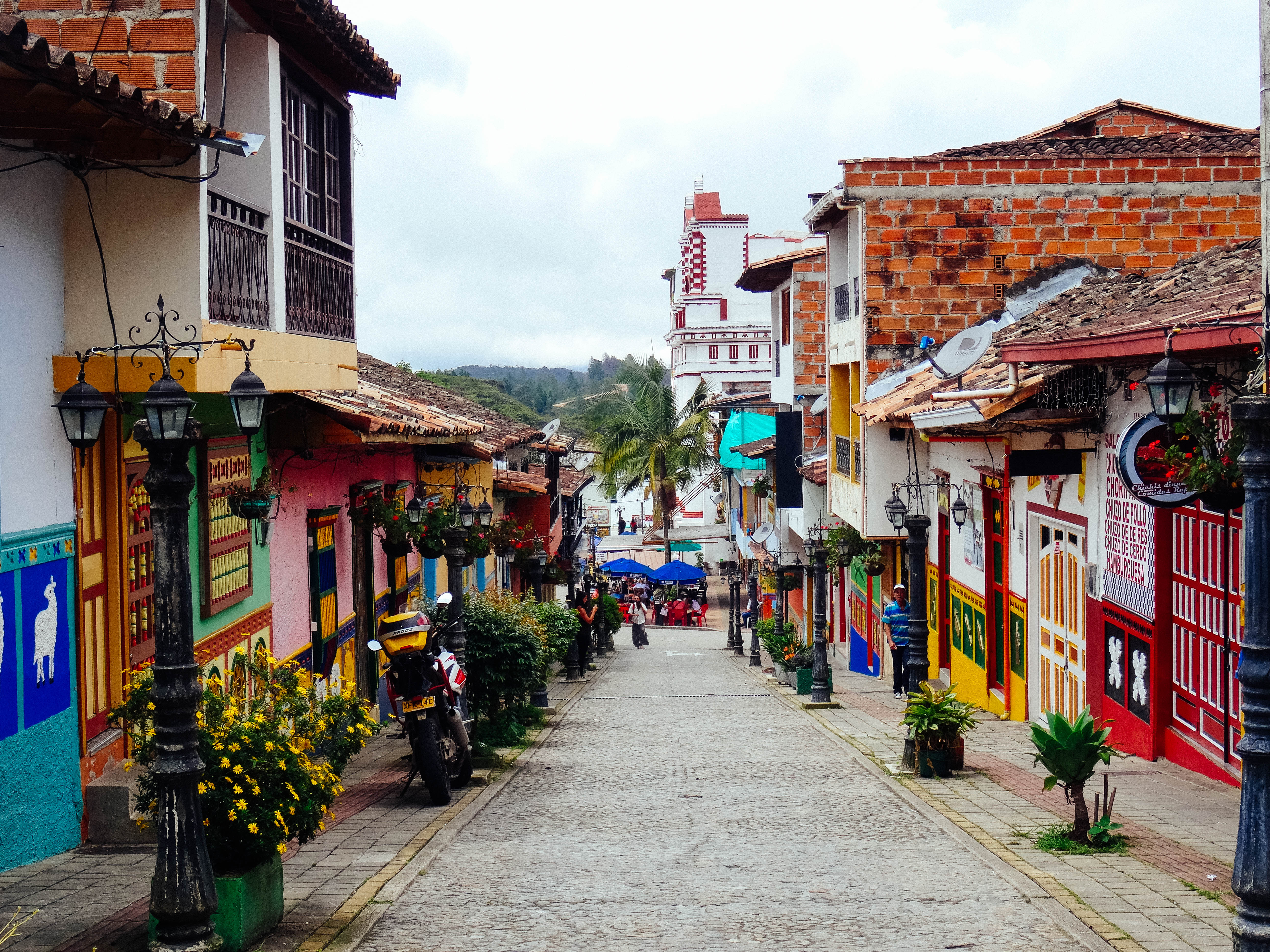 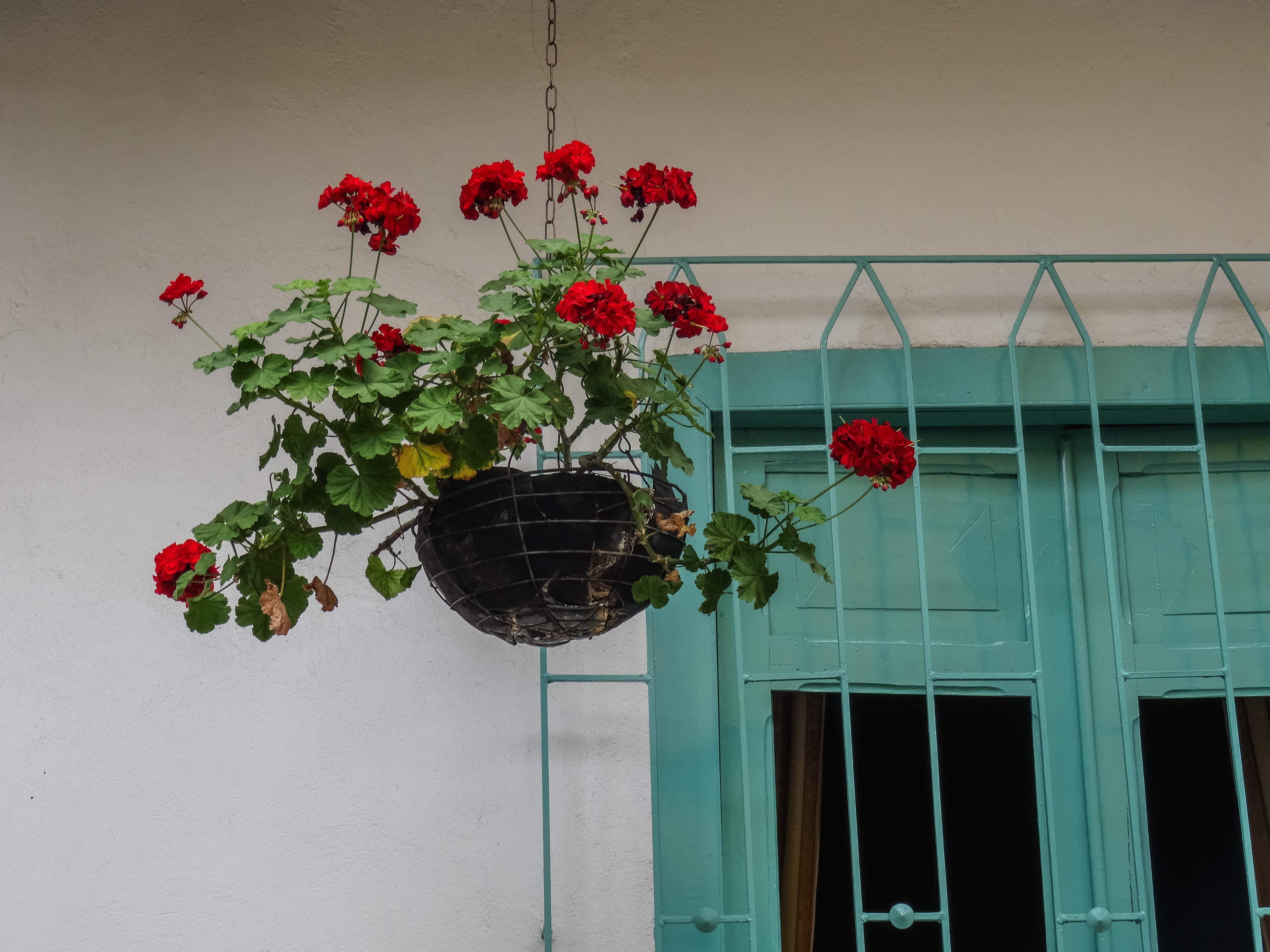 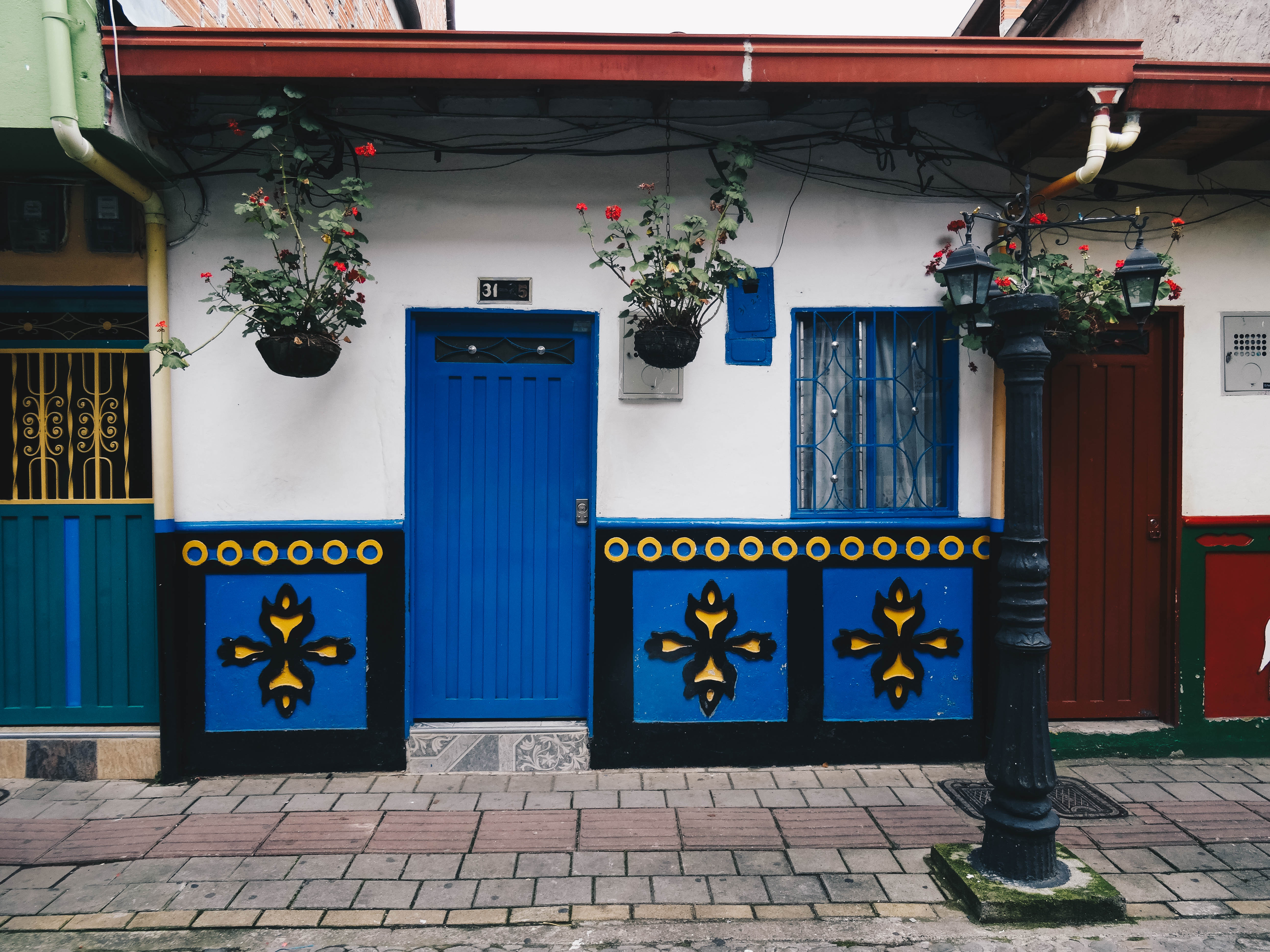 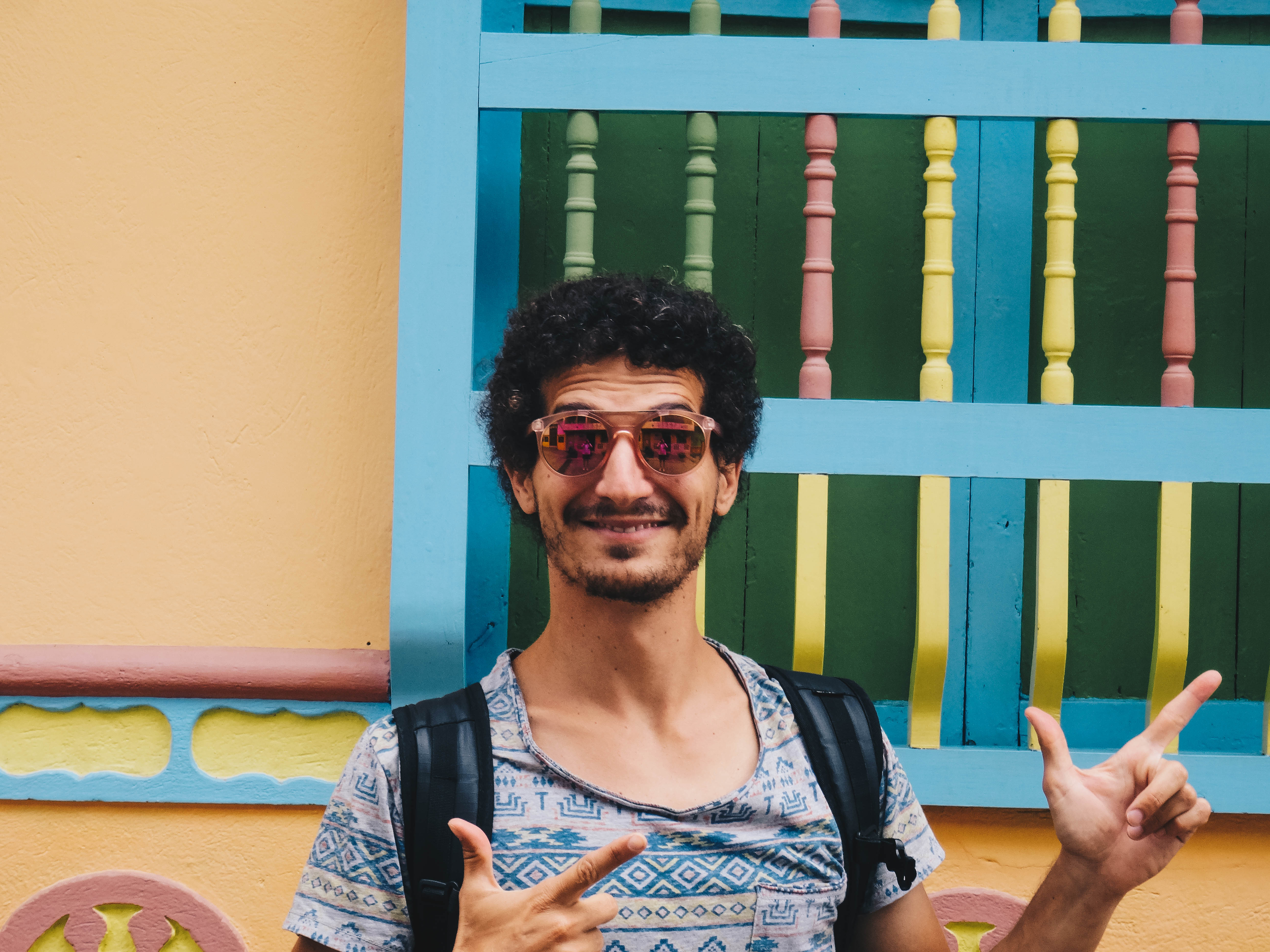 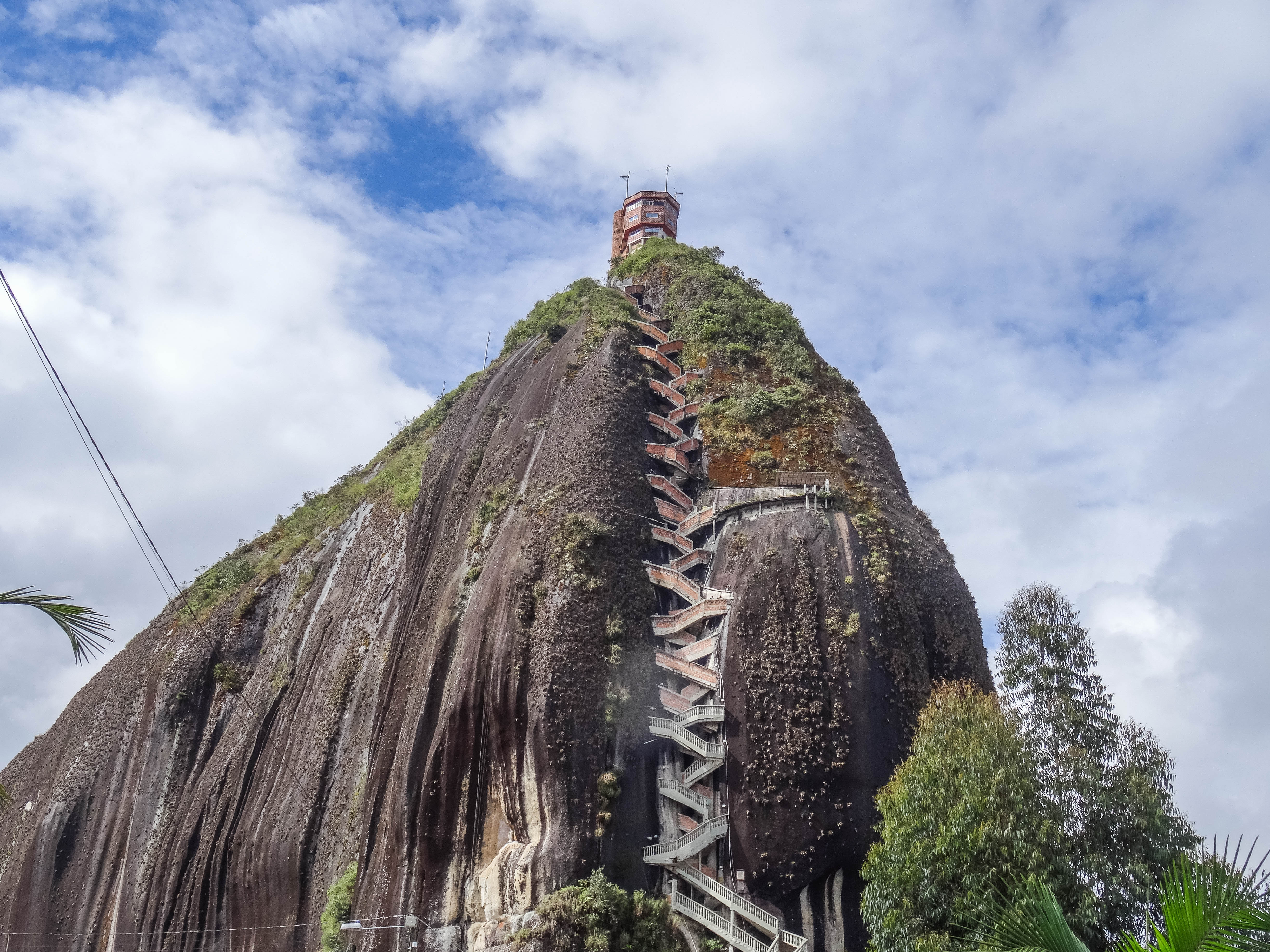 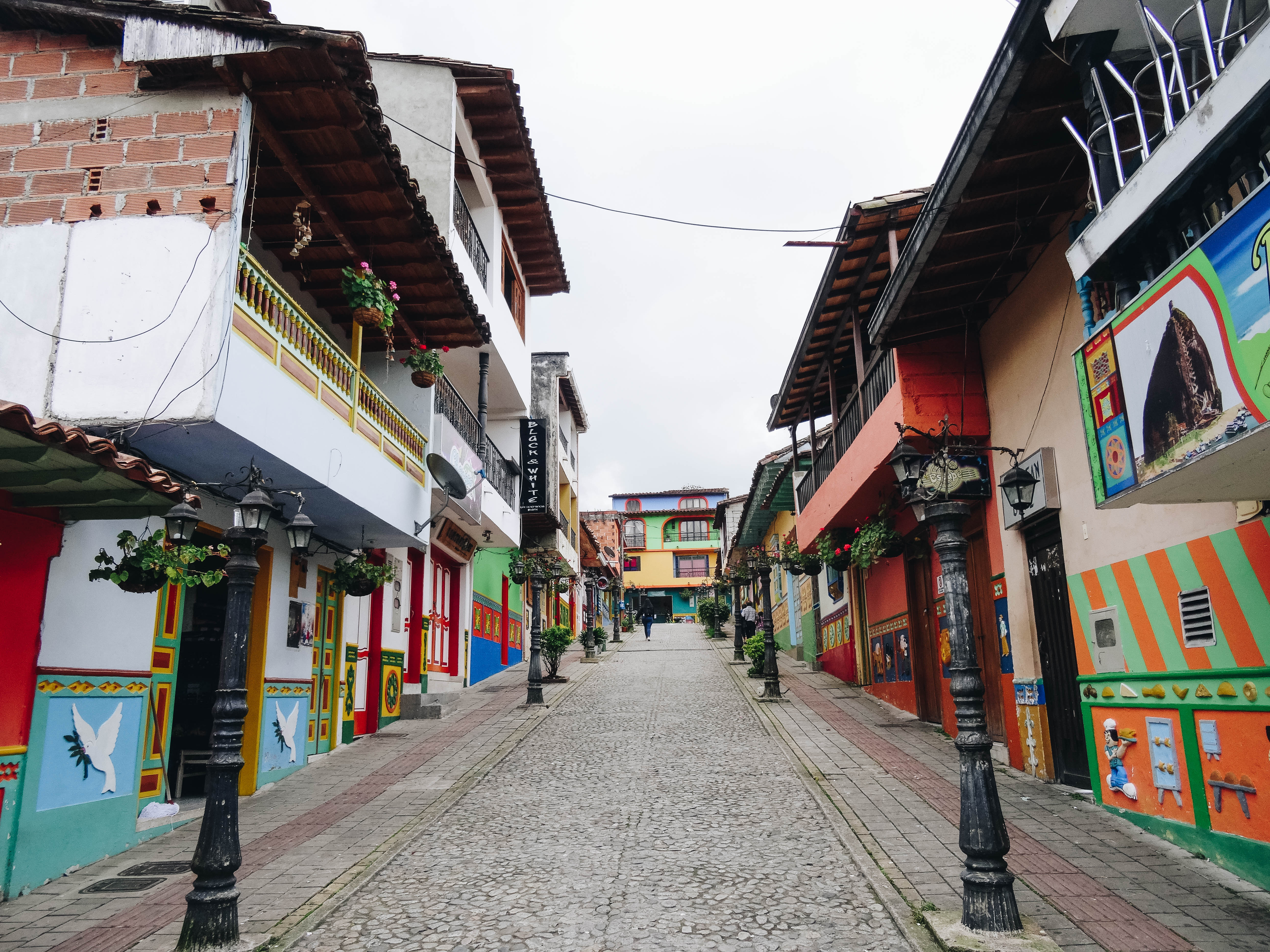 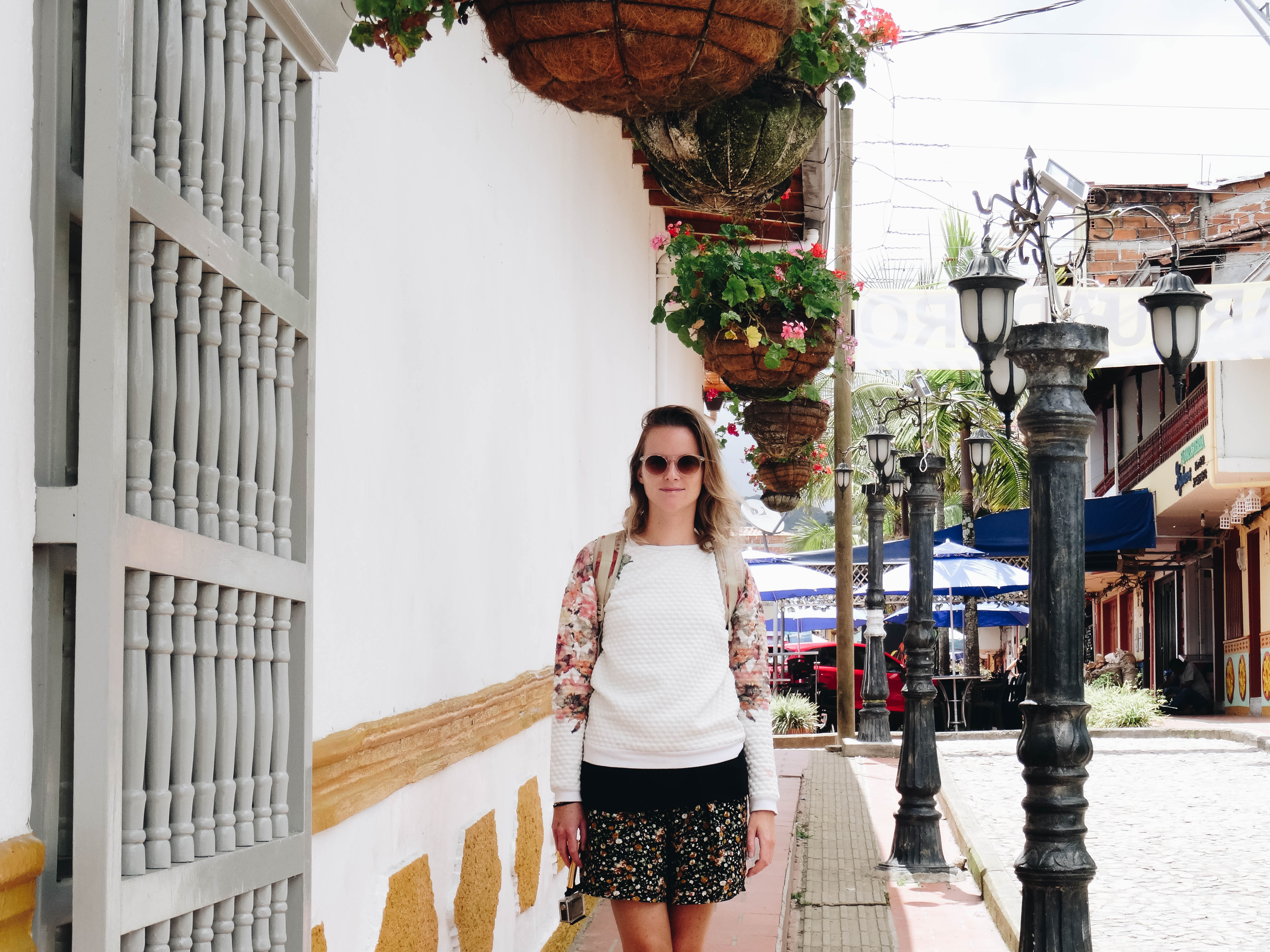 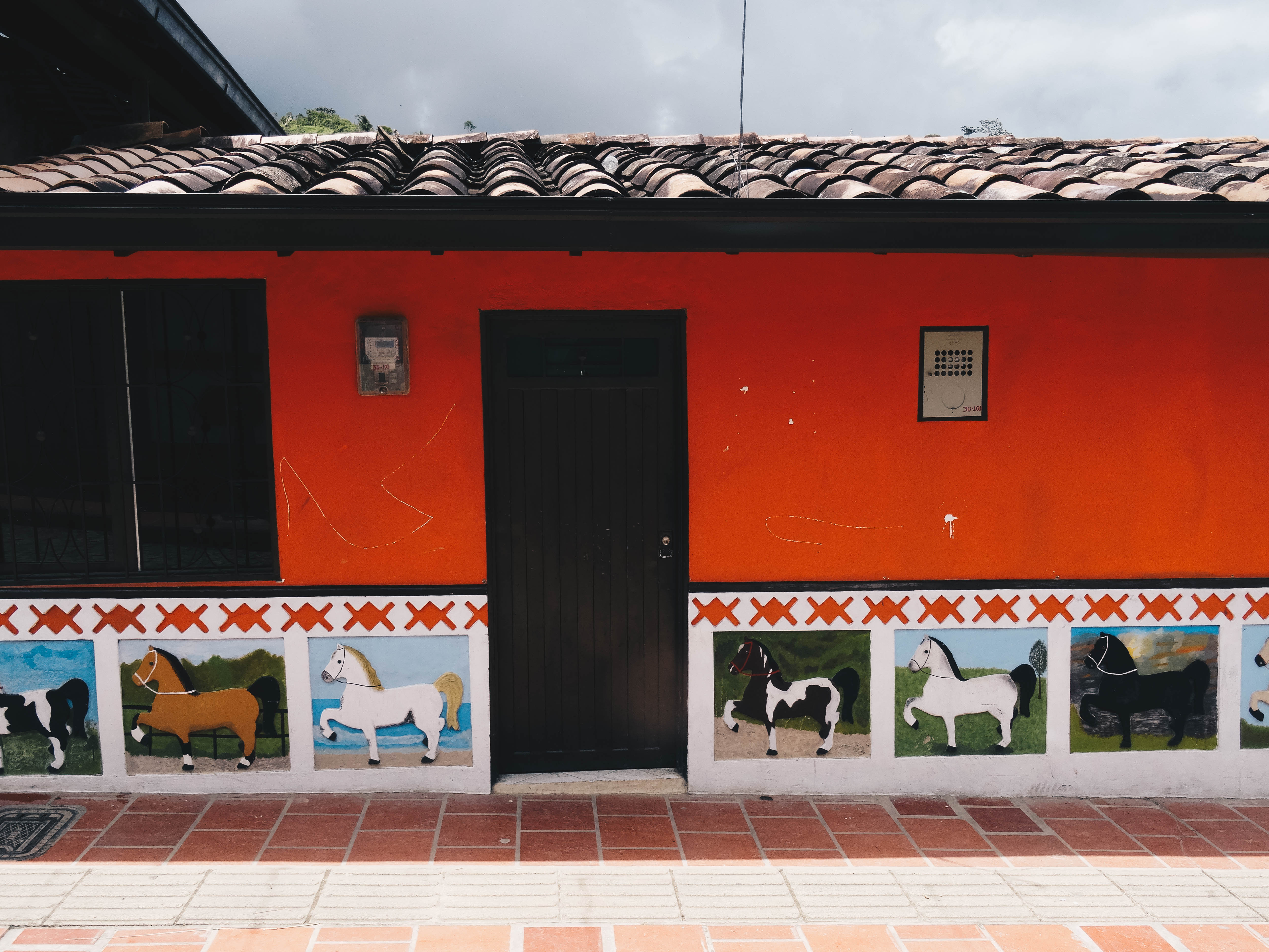 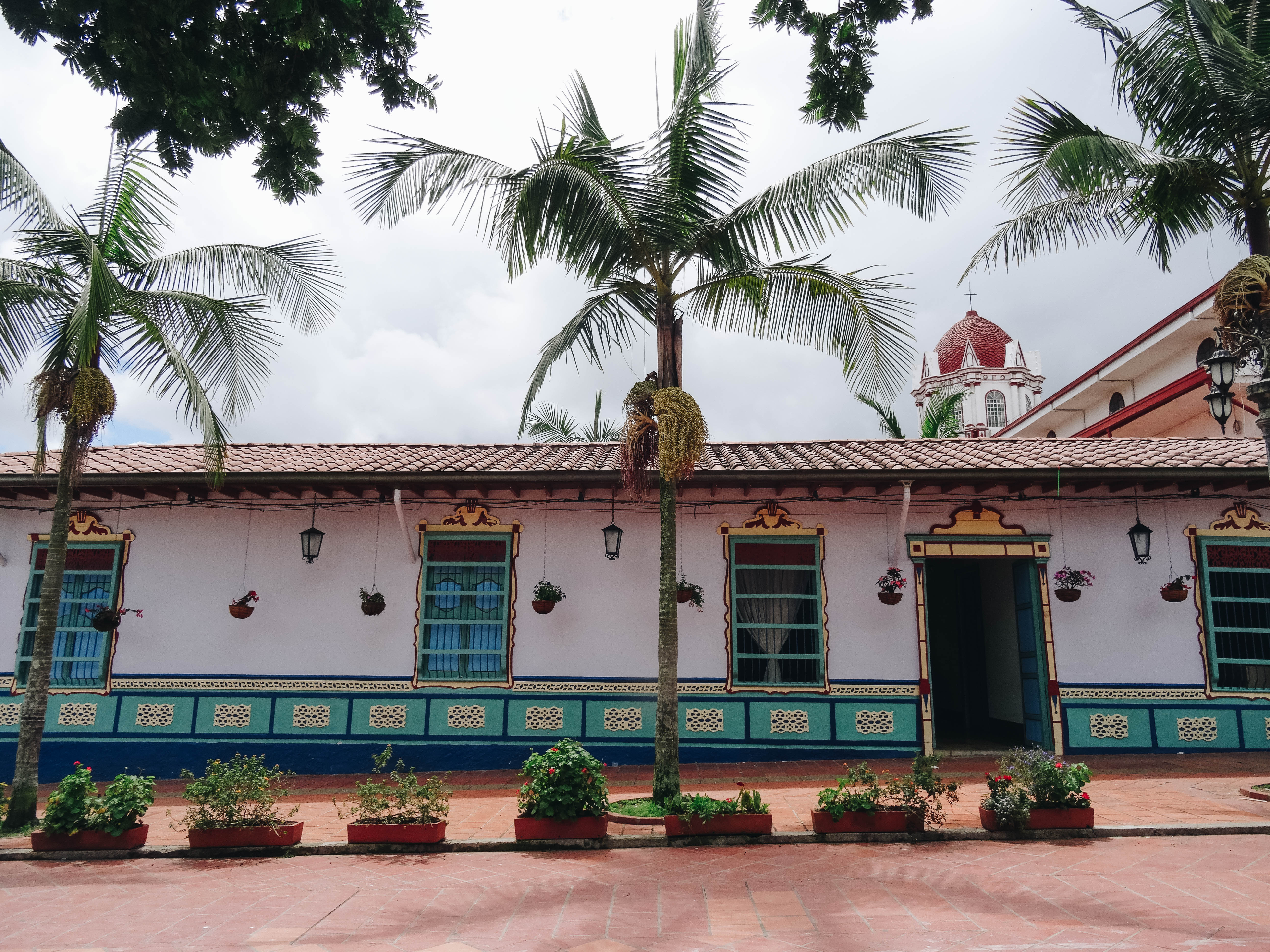 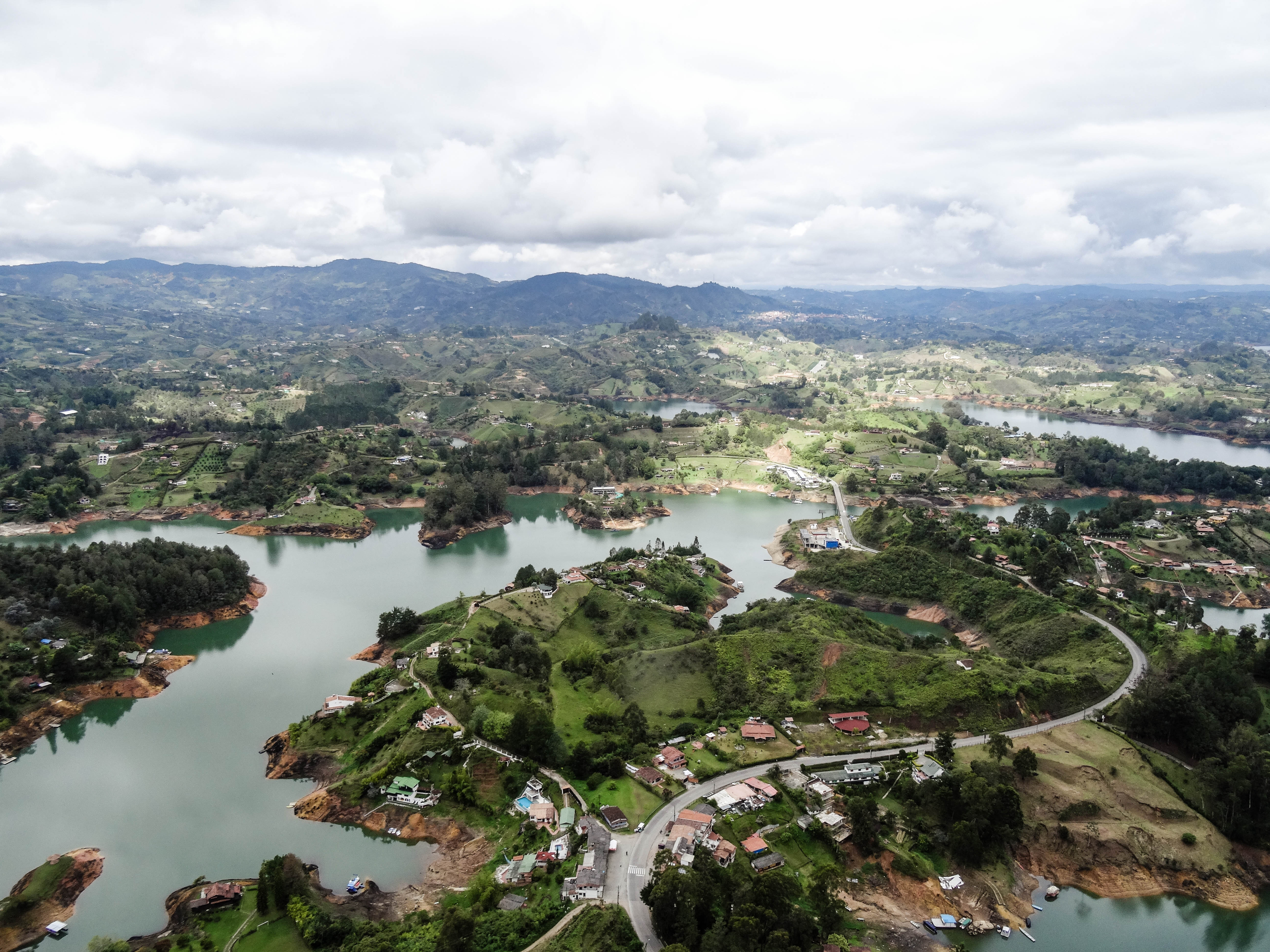 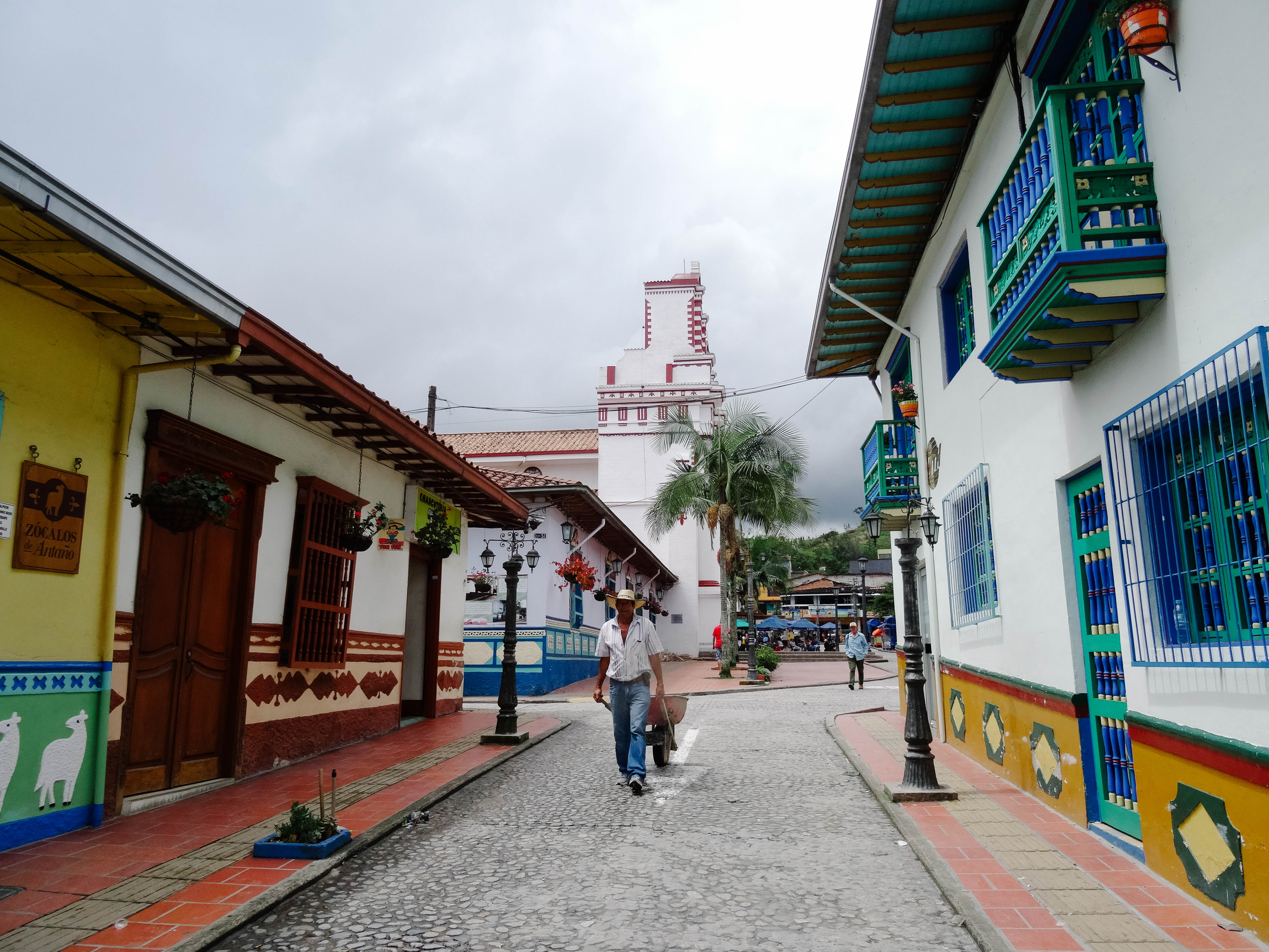 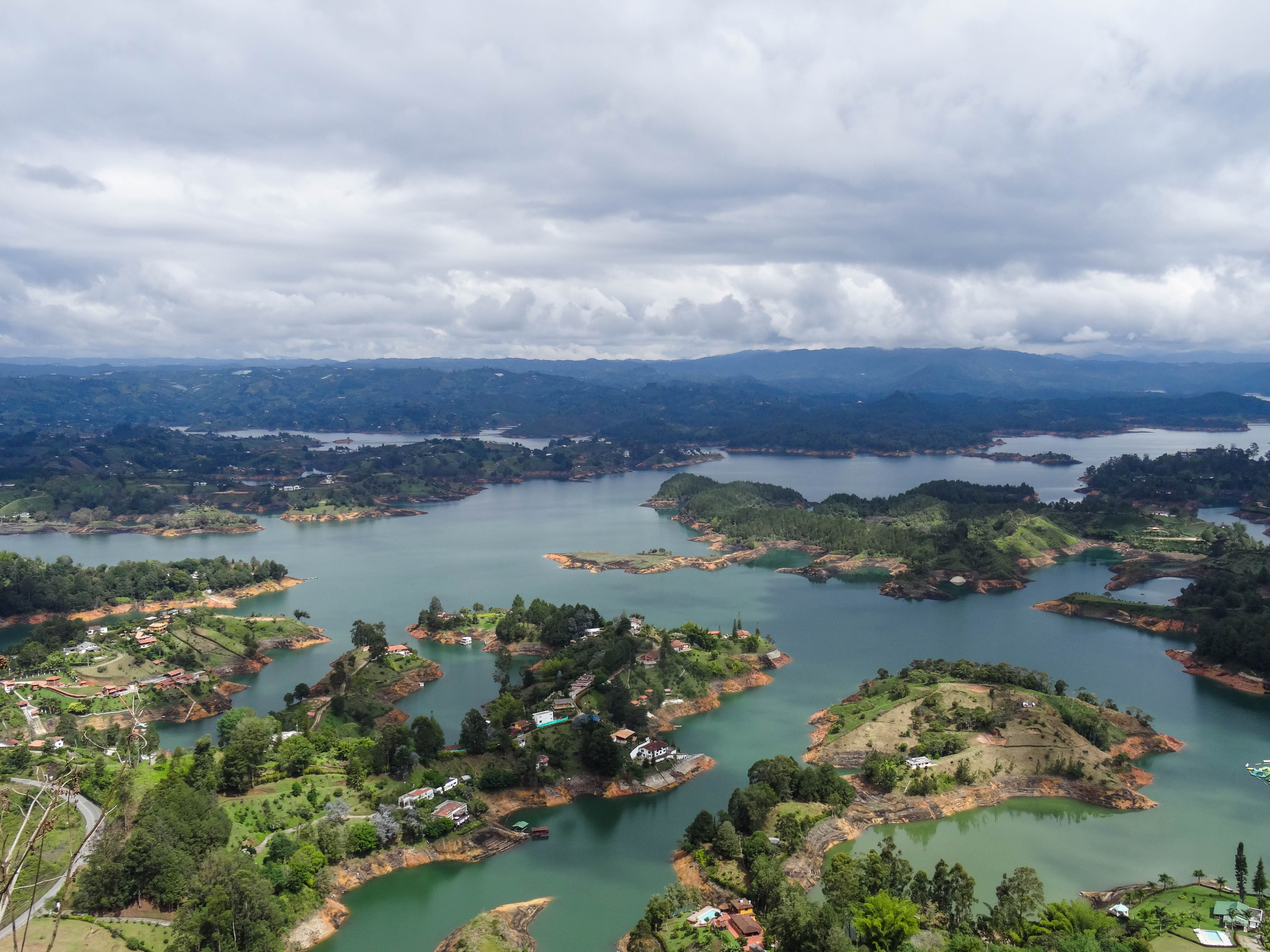