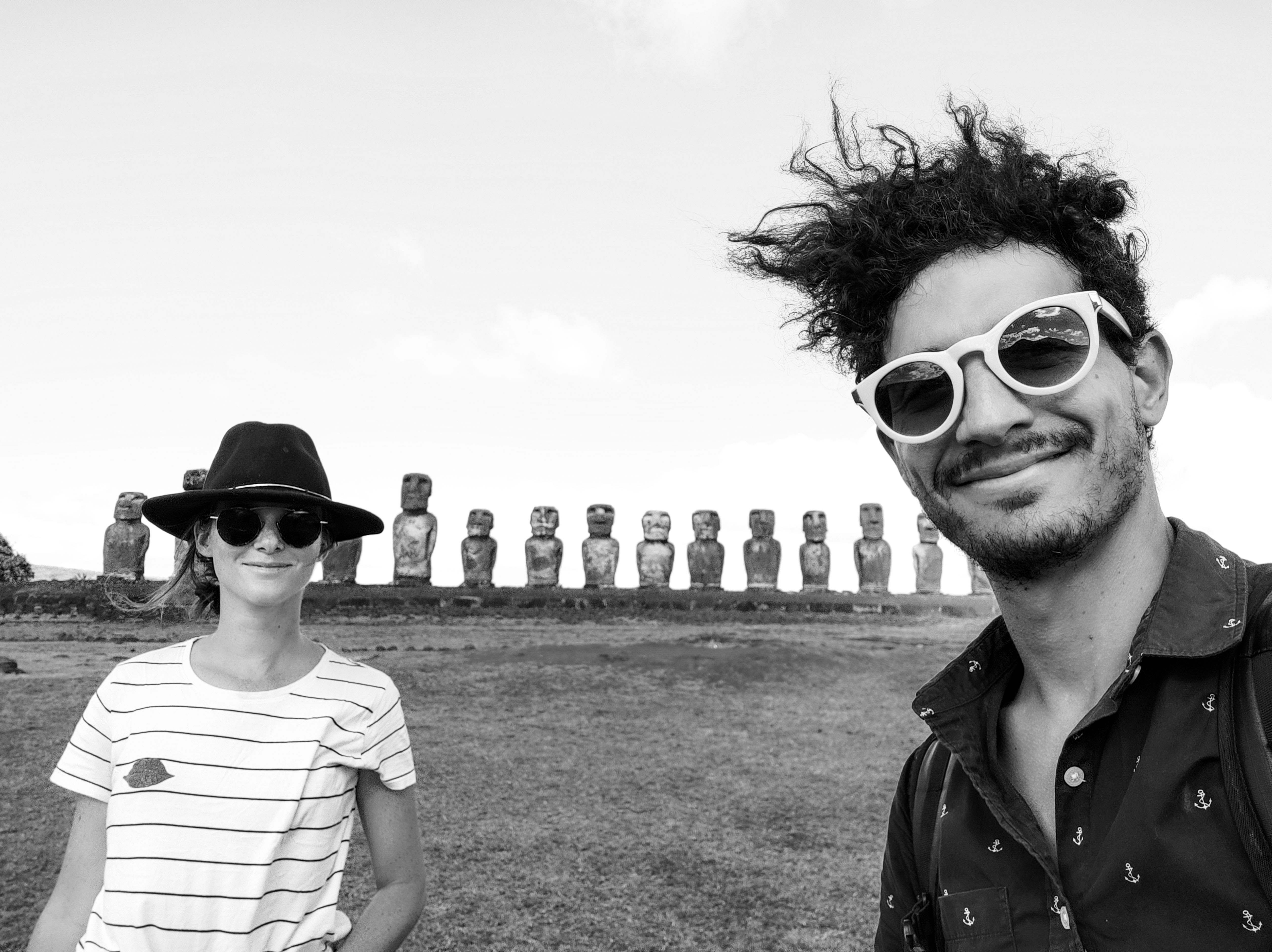 
French English
A final video of our trip around the world and a short text written the day we got back to Sydney on the 19th of March 2020.
Enjoy !
https://www.youtube.com/watch?v=KsKu8M718wY&t=760s
And all of a sudden, it's the end! 2 years and a half later and we are back to Sydney!
We left Australia with the dream to become digital nomads, well we can say our dream came true!
On our time on the road, we made many new friends, we travelled to 38 countries, we walked over 6000 kilometres, we got charged by elephants in Botswana and Sri Lanka, lions in South Africa, yaks in Nepal, cochroaches everywhere , monkeys in Nicaragua and Myanmar, weird insects, cows and dogs (bitten twice in Mexico and India...) .
We discovered many new cultures ( Ethiopia

) , crazy temples in Myanmar, India, Uzbekistan, Mexico, Guatemala, screamed many times “Putain it’s too spicy for me!” when eating new food, we ended up at the hospital 15 times, we don’t count the number of times we thought we would die in a car/tuktuk/scooter/zebu/donkey/boat/train/kayak accidents anymore, we spent 1548 hours in all type of transport that could exist. We attended soccer games in the famous Bombonera and Maracana stadiums and also in the crazy Medellin and Paris.
We travelled Madagascar and Ethiopia in taxi-brousse and that was THE real adventure , we changed a flat tyre in the middle of the Namibian Bush potentially surrounded by lions. We learnt how to say hello and thank you in many dialects (and some times we could be really convincing!) , did many big treks in Nepal, Patagonia, Ecuador, Kirghiztan. We climbed 16 volcanoes in Guatemala, Nicaragua, Indonesia, Ecuador and sometimes in eruption, we reached 5,200m high and - 125 metres in the crazy Danakil Depression. We had the best time snorkelling with turtles in Belize and Indonesia, whale sharks and sea lions in Mexico, and playing Robinsons in Sulawesi but also lived our first earthquake and fear of a tsunami coming.
We discovered interesting fashion looks in Ethiopia: flip-flops, skirt, machine gun (the Brazilian version having a short instead of a skirt) and Lesotho: flip-flops, blanket, balaclava and donkey.
We got seriously lost in the Kirghiz steppes and Lesotho mountains.
We’ve been through extreme temperatures: -15 degrees (Nepal) to +52 degrees (Ethiopia) and have been to deserts in Namibia, Ethiopia, USA, jungle in Colombia, Costa Rica, mountains, cities-Berlin, Copenhagen, Praha, Budapest, Vienna, incredible beaches, lakes in Italy and Germany, Guatemala ,bush in Africa .
We had the best food in Italy (pizzas

), Greece, Vietnam, Sri Lanka and Bali.
We thought nothing could stop us, well looks like Covid-19 and the borders closing did... So we have to interrupt our lifestyle...
But we have the feeling to have lived a thousand lives and loved every second of it!
All of this came with the sensation to be free!
Free to go wherever we want, free to work whenever we want (often too much...), we discovered the freelance world and dealt with some annoying but also some amazing clients!
We learnt so much on everything and on us and we became more and more environmentally conscious.
What's next for us? We have to catch up on hot showers and sleep

See you after our quarantine amigos! Take care