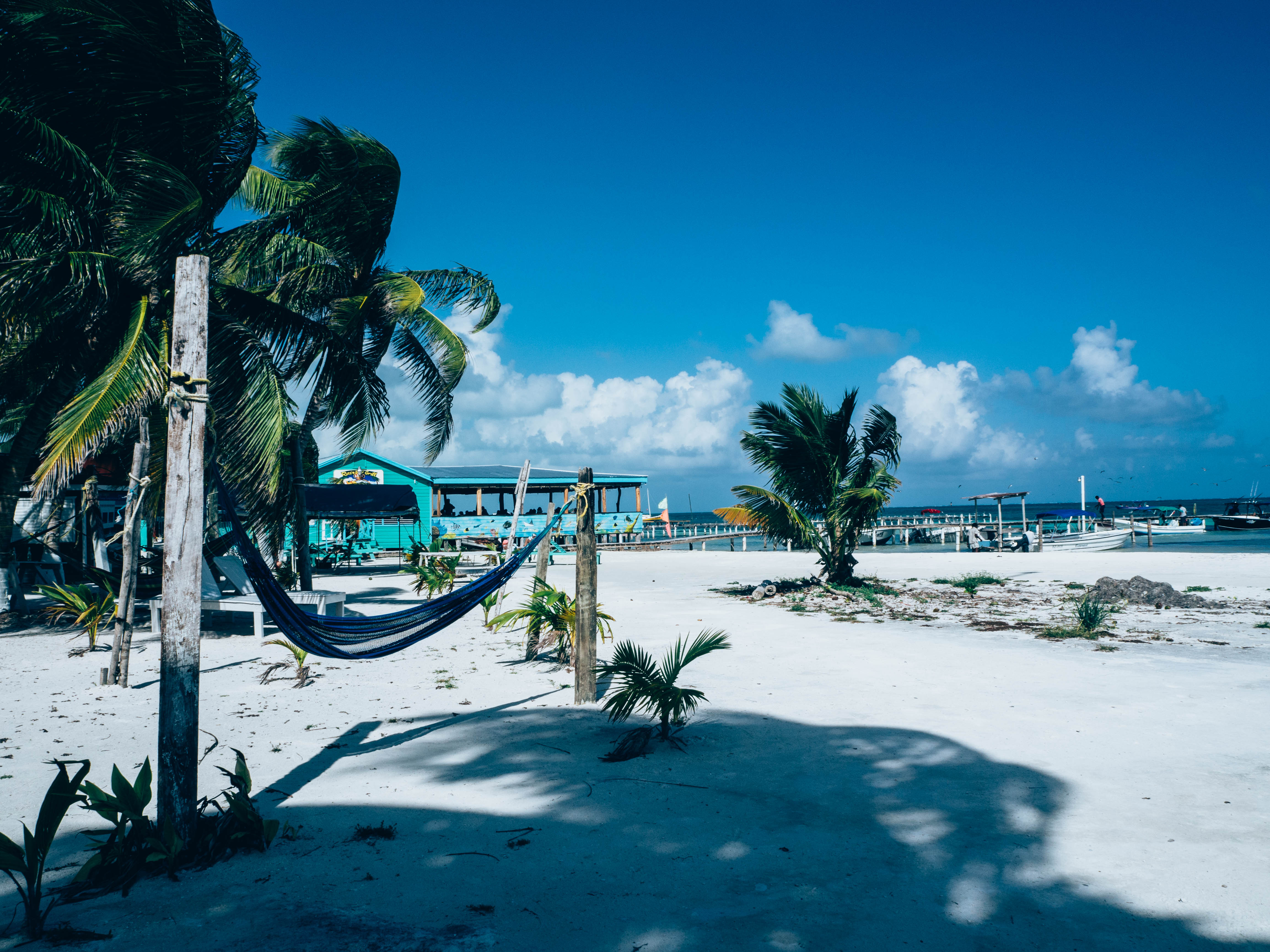 When we told our family and friends we were going to spend Christmas in Belize, a lot of people asked us if it was a country? It sure is one, a small but beautiful country.

We wouldn't say we fully discovered Belize as we only spent 4 days there and on a small island not really representative of the country but we did love Belize.

We left Mexico in the morning by bus to reach Belize City 8 hours later from which we took a ferry for 45 min to reach Caye Caulker- a small island close to paradise ;)

From the moment we crossed the border we heard English everywhere (official language), the people didn't share the same heritage as the Mexican and our bus driver became a banker changing us some Mexican pesos to Belizean Dollar.

A bit of Wikipedia time: Spanish conquistadors explored the land and declared it a Spanish colony but chose not to settle and develop because of its lack of resources and the hostile Indian tribes of the Yucatán.

English and Scottish settlers and pirates known as the Baymen entered the area from the 17th century seeking a sheltered region from which they could attack Spanish ships The settlers established a trade colony and established a system using black slaves to cut logwood trees. Later on the Spanish granted the British settlers the right to occupy the area and cut logwood in exchange for their help suppressing piracy. This explains the national language being English and the presence of Mayan and African heritage. A lot of Garifuna live in the region as well- people who were sent to the Americas in the 17th century to become slaves but didn’t become slaves as their boat sank and they settle in Honduras.

It became independent in 1981- last country of the region being independant! 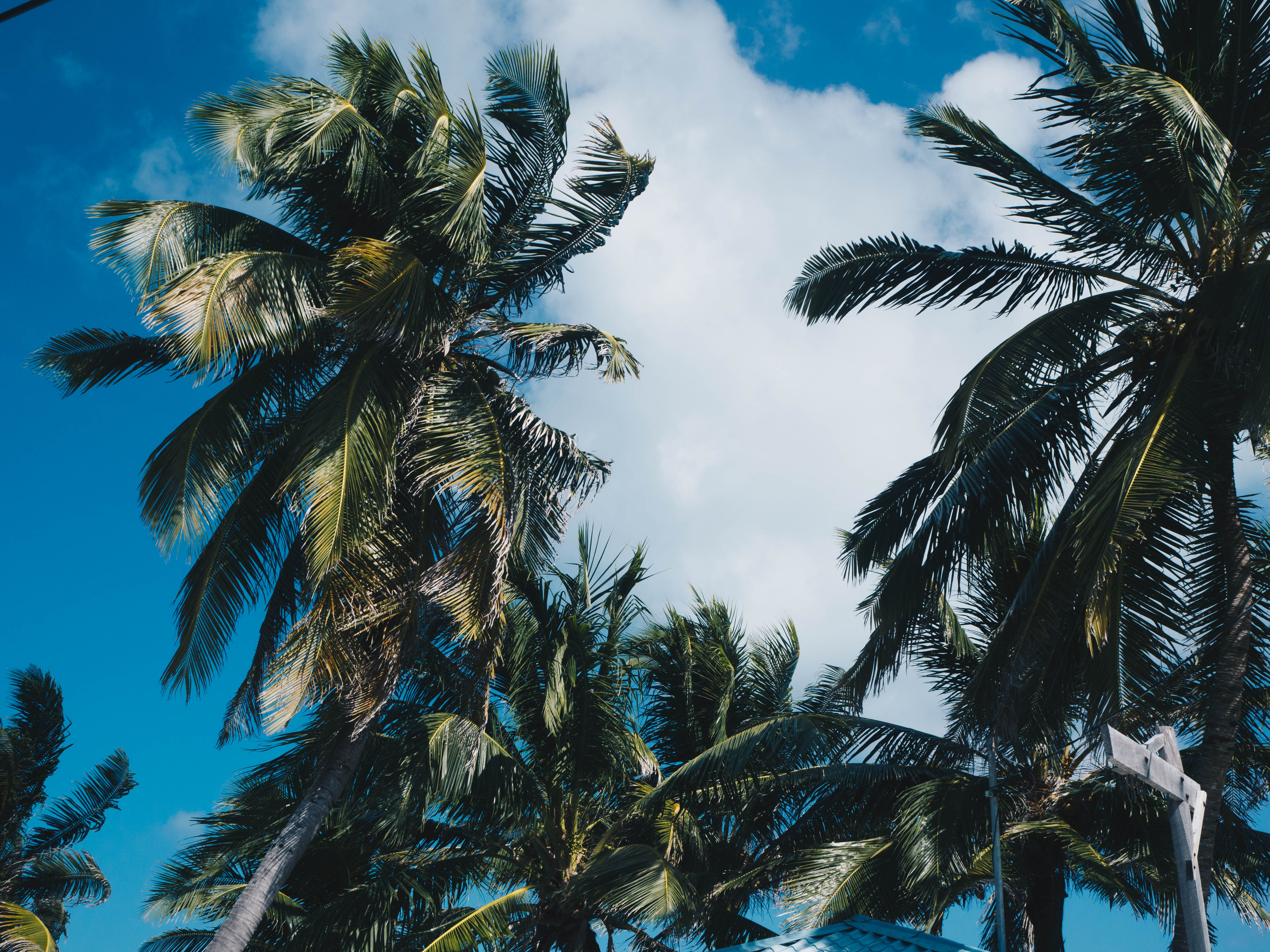 Going back to our journey, at the border after 30 minutes of intense negotiation during when the Mexican immigration agents (corrupted?) wanted us to pay the exit fee again (it was included in our flight ticket from Canada) with the boss of the border been called and us been pressured that the bus would leave without us, Cedric didn't give up and we won the battle and avoided paying twice the exit fee. Good negotiation Cedric ;)

It's surprising to see such a beautiful island so close to Belize City which has not the best reputation... so we tried to avoid it and it was quite a miracle to find my Anti-rabies treatment on Christmas Day on the mini island (a Christmas miracle maybe?) and not have to spend a night in Belize city !

For the next 4 days we fully embraced the Motto of the island: GO SLOW. Welcome to the Caribbeans where shoes and shirts are optional ! (and where you get offered weed at least 10 times a day!)

On our first day we walked around the island to discover the multiple shades of blue of the sea, lush vegetation and mini houses with blue, pink, yellow walls in which lived the 1,300 inhabitants living full time on the island. A great walk far away from the tourists who spend their day at the Spit. The only to go from A to B here: your feet! Indeed there are no cars on the island . 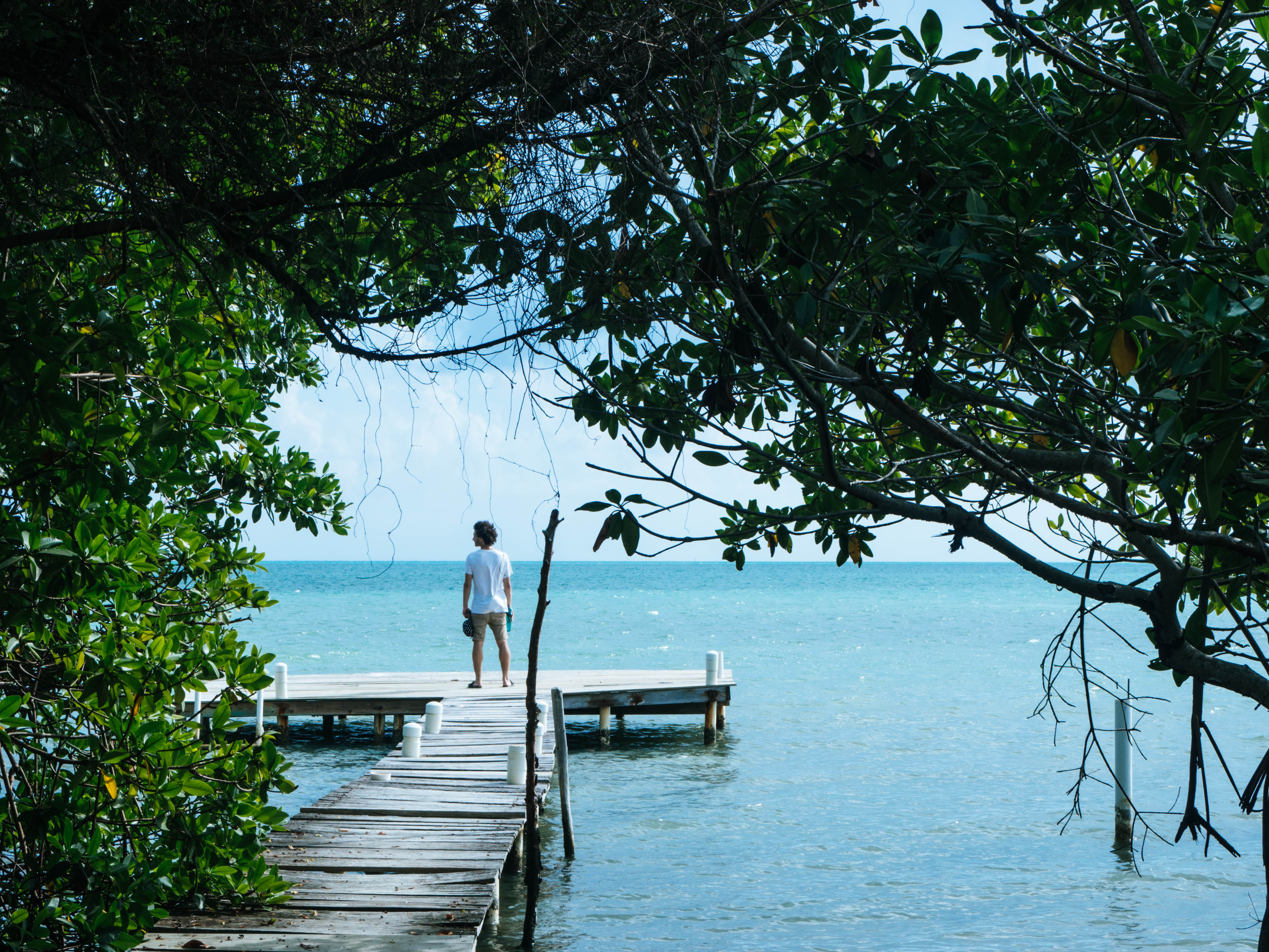 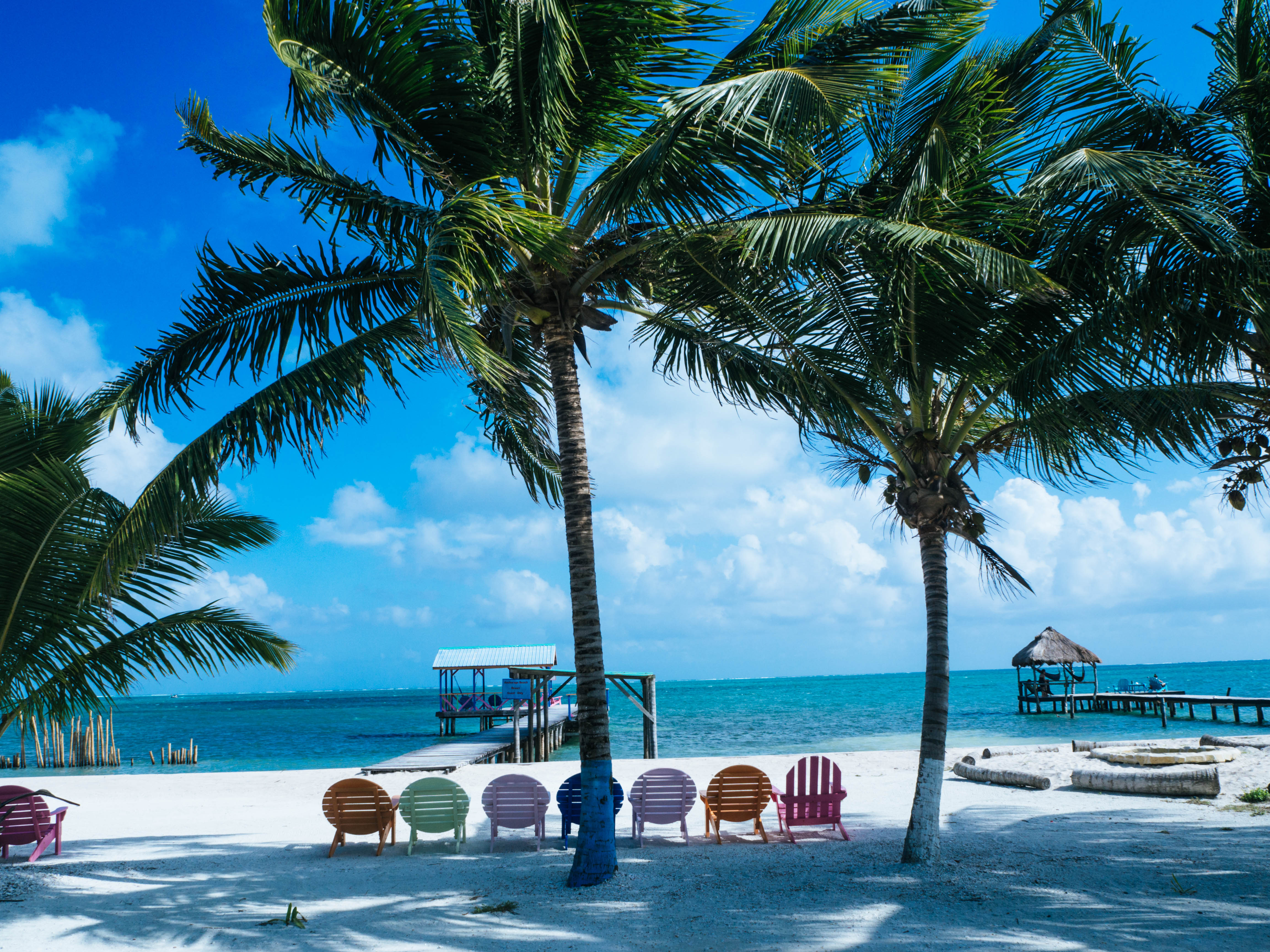 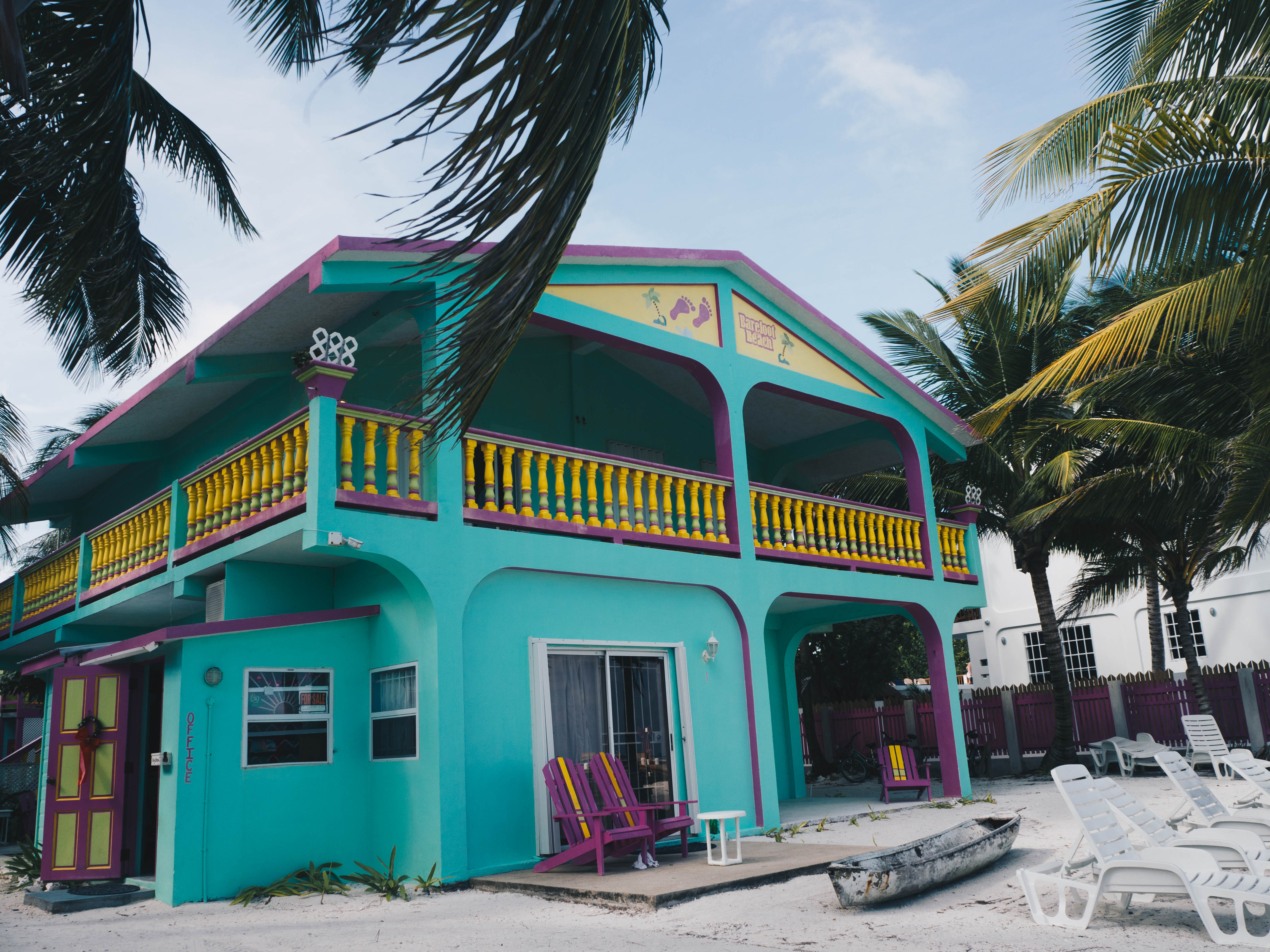 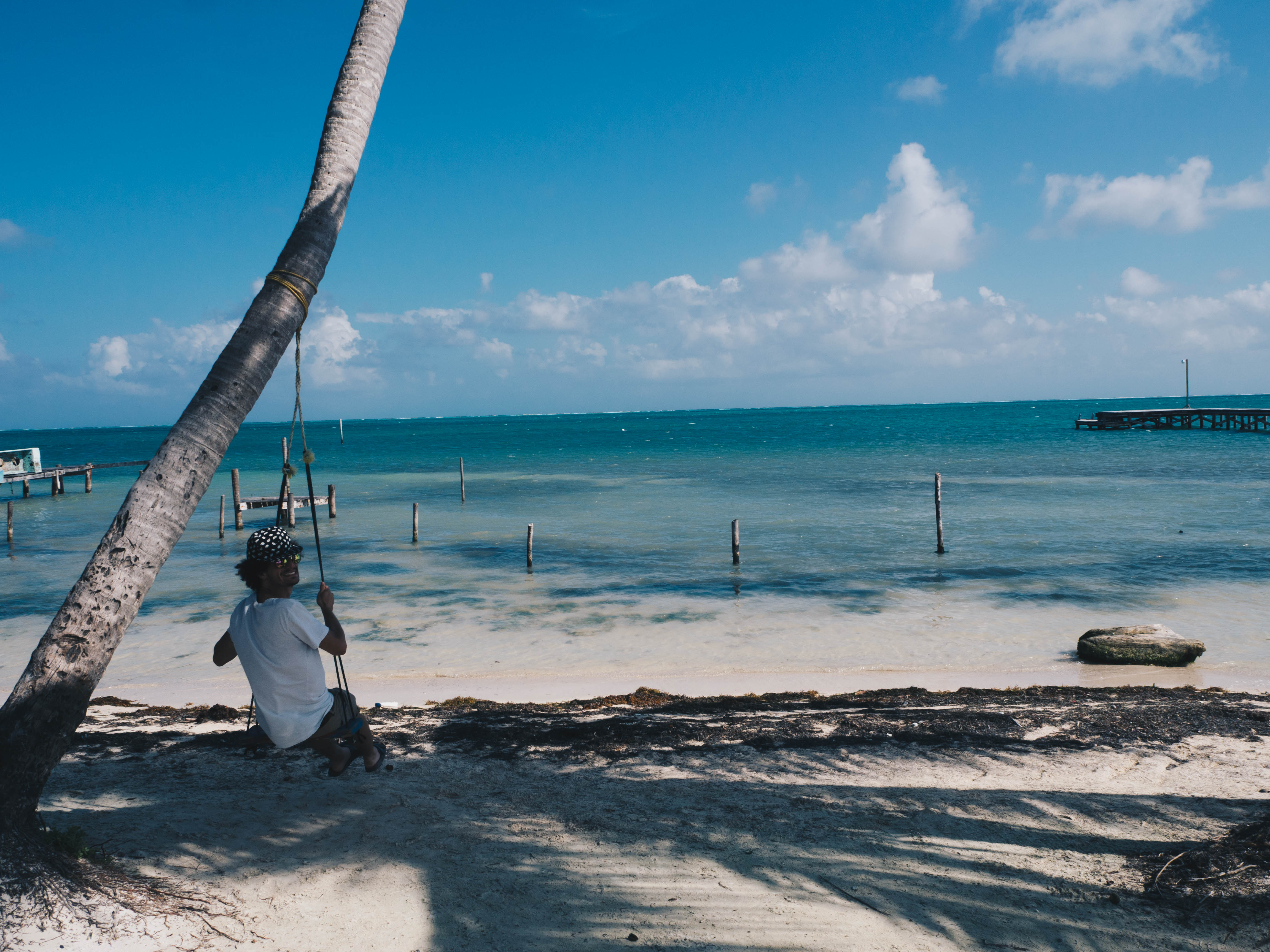 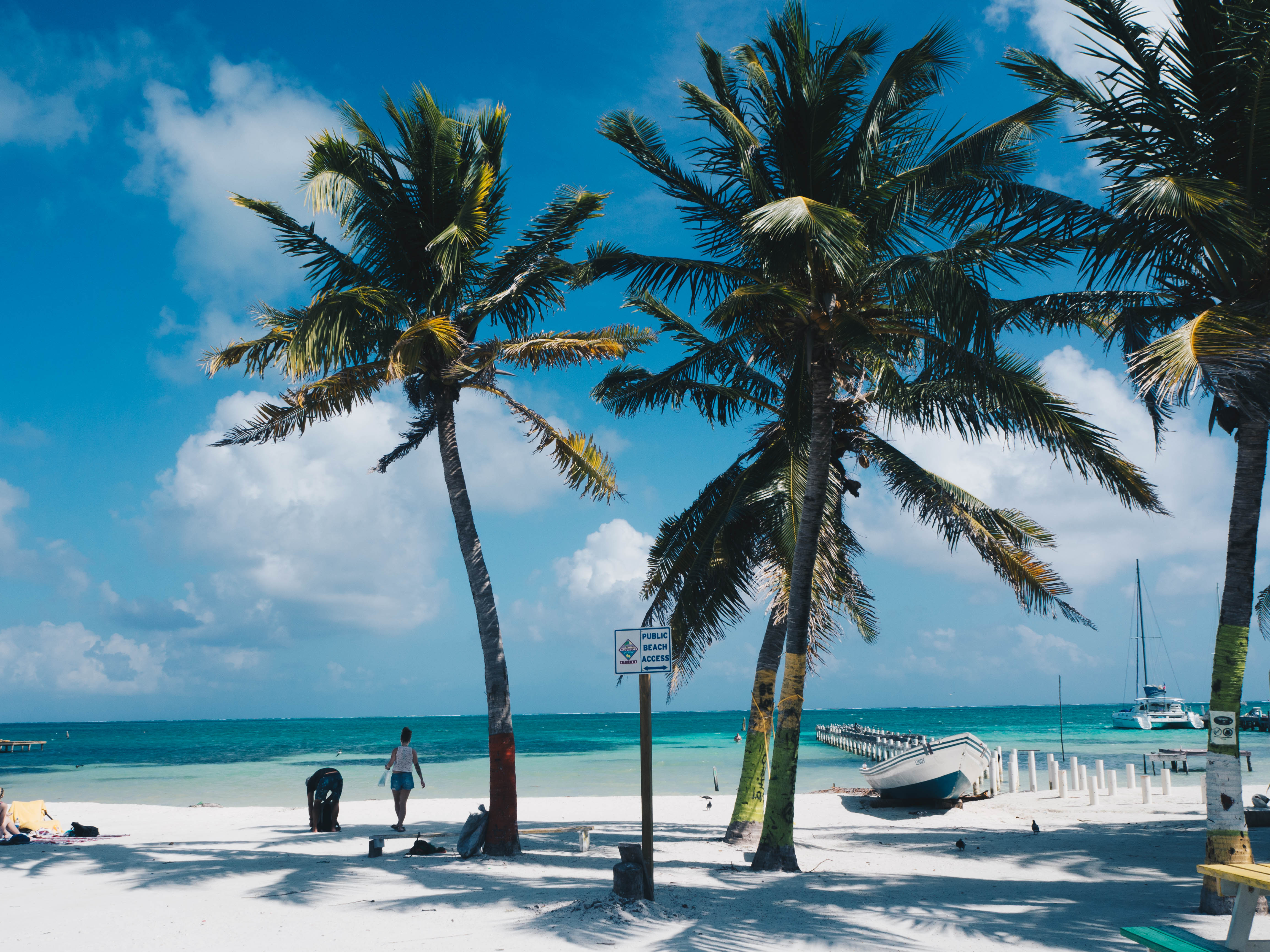 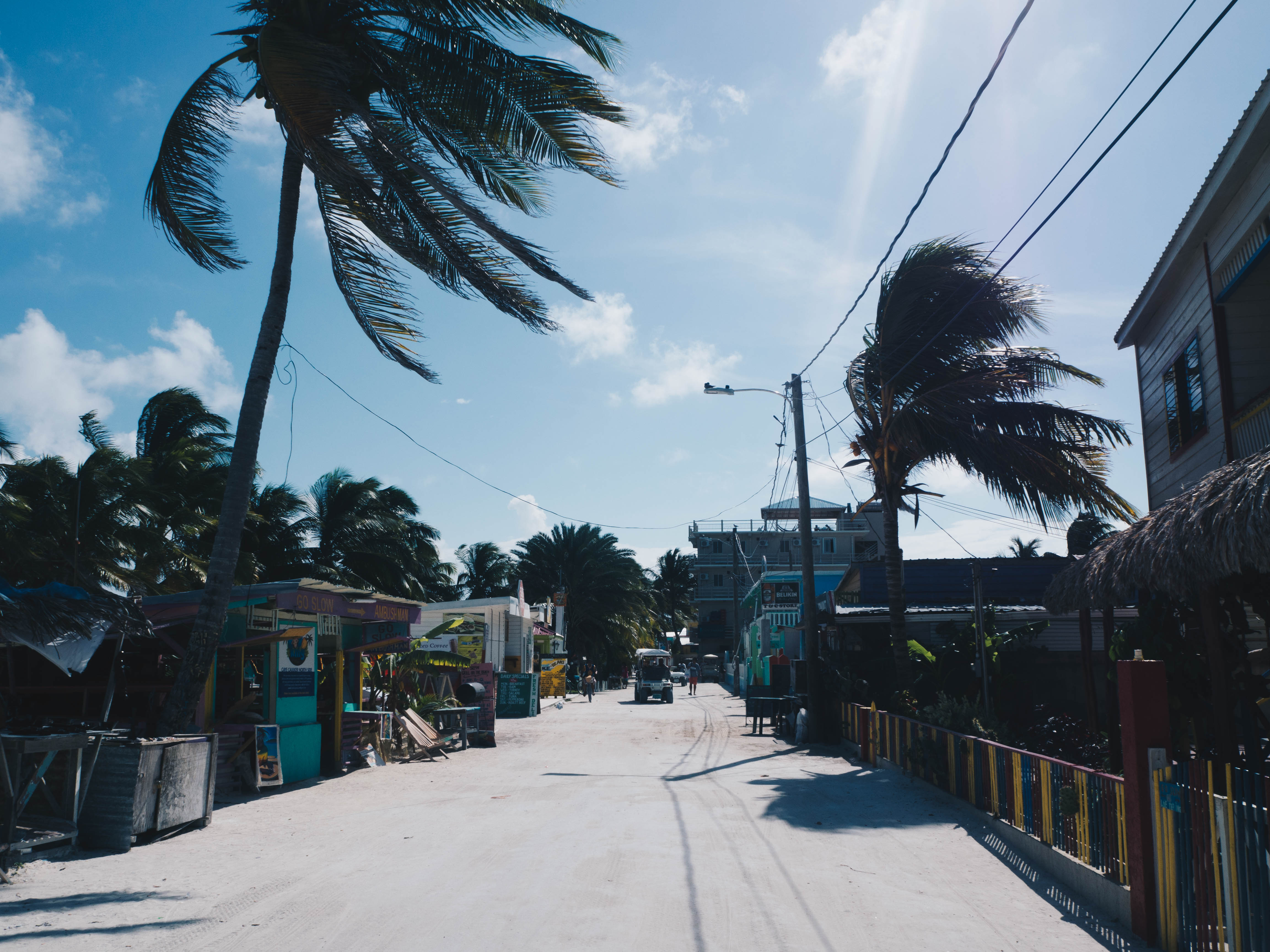 The Spit is a nice area at the end of the island with a bar, reggae music, beach volleyball fields and diving platforms. We spent quite a bit of time here just relaxing and watching the many kite surfers, kayaks and paddleboarder. 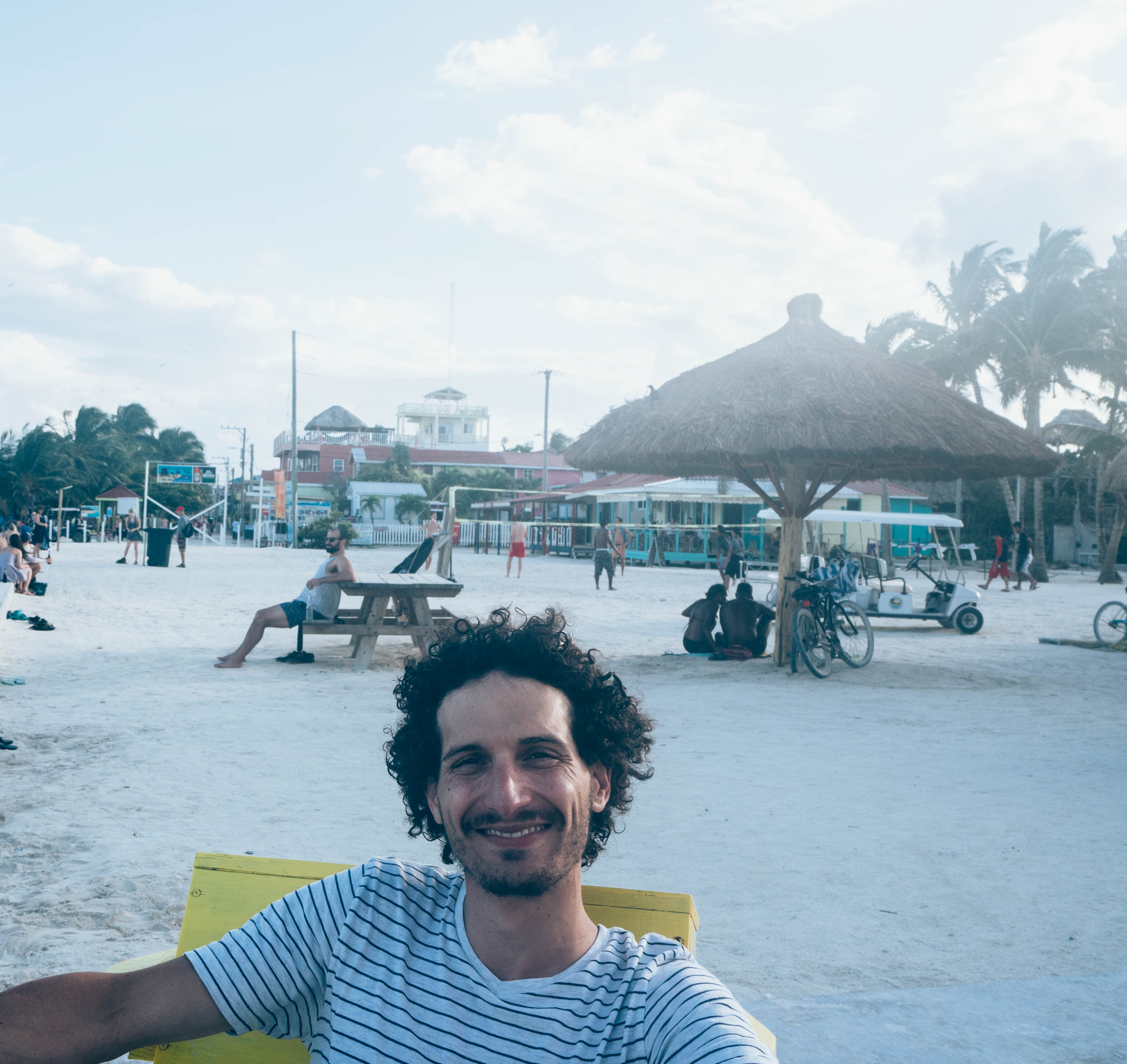 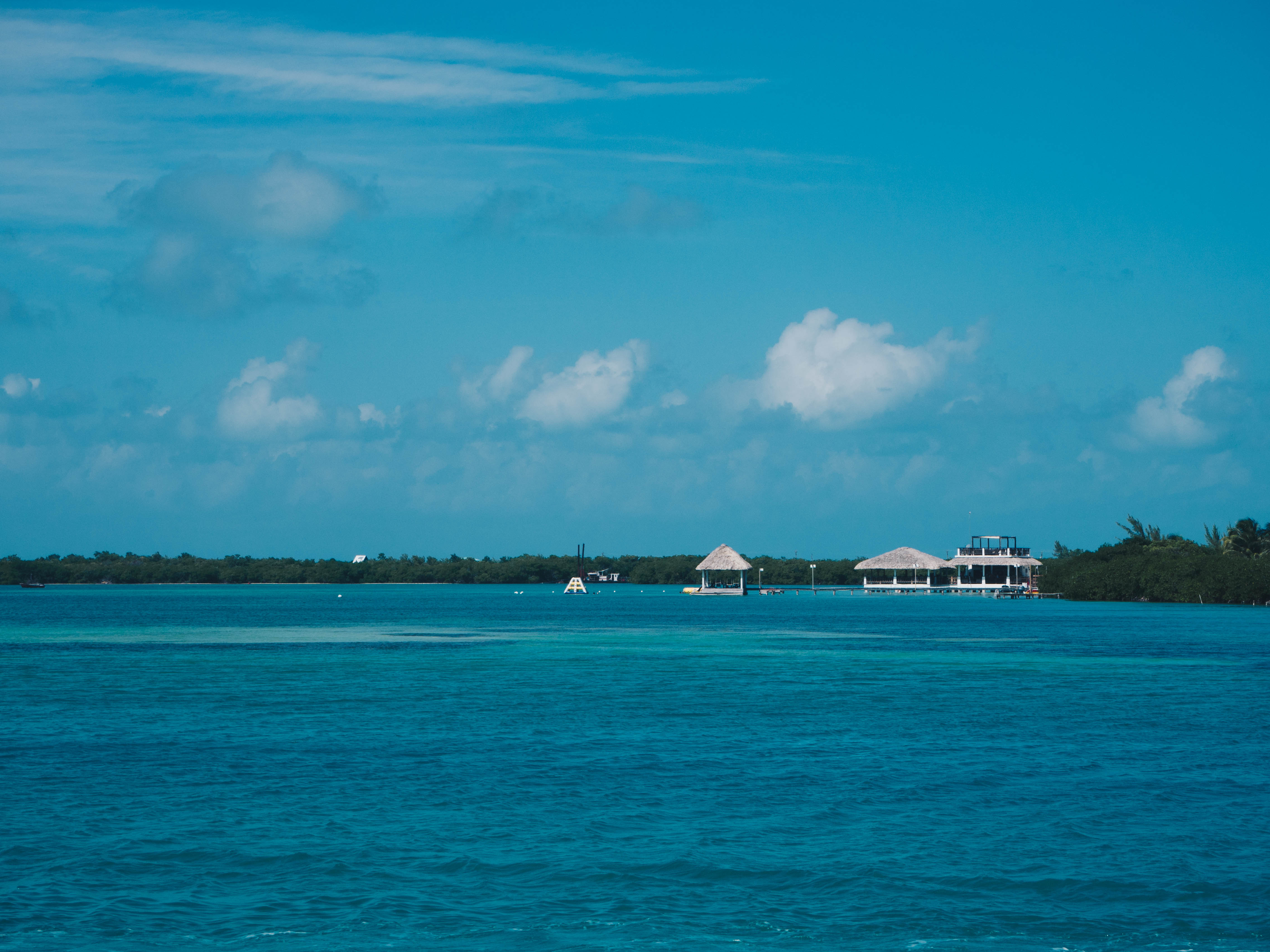 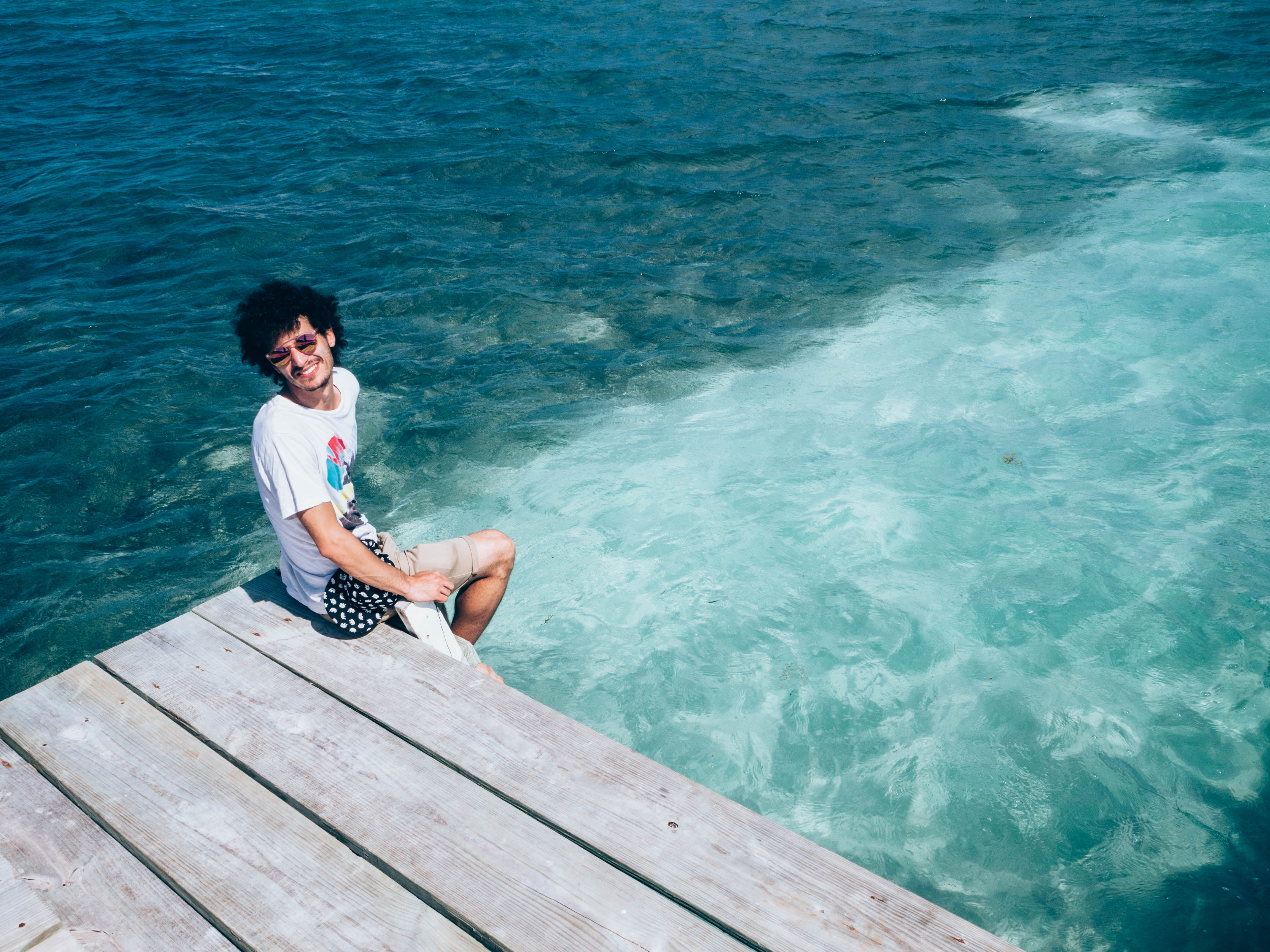 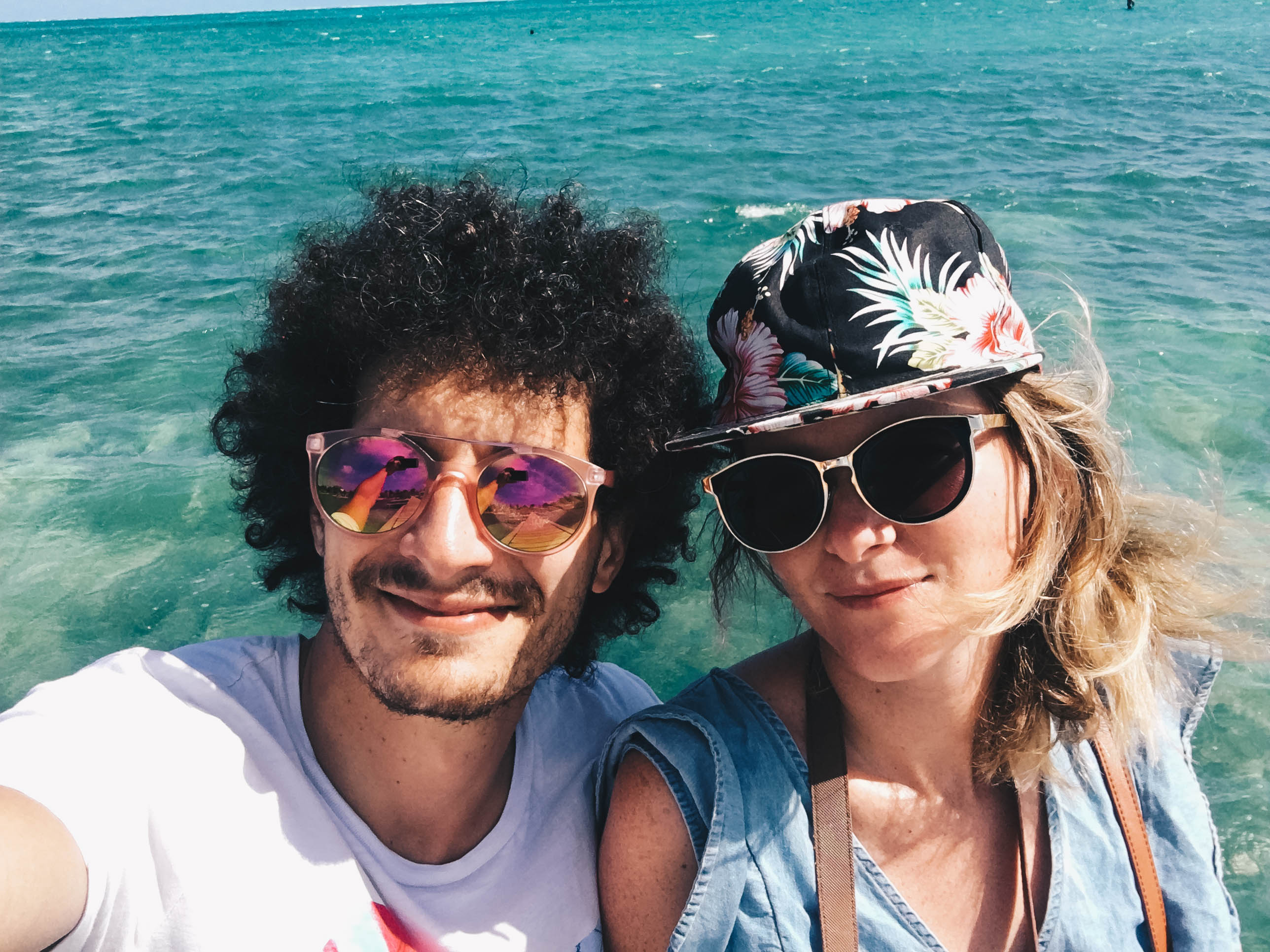 The highlight of our trip! For Christmas Day we booked a snorkelling tour with Raggamuffin, the only sailing cruise of the island. We spent the day onboard with funny Belizean captains, listening to reggae music, eating Ceviche, drinking punch and most importantly snorkel the second biggest biggest barrier reef in the World (after Australia). We stopped in the Hol Chan Marine Reserve and Shark Ray alley. Even though I found it really damaged (apparently due to the recent cyclone and most likely by the mass-tourism as well...), we've still been able to swim with a Manatee (so ugly!), many rays, turtles and... sharks !!! First time for us and what an encounter. Clearly made the trip worth it !

They left us at 4.30pm at Coco Island where you can drink, dance and enjoy the many swings! 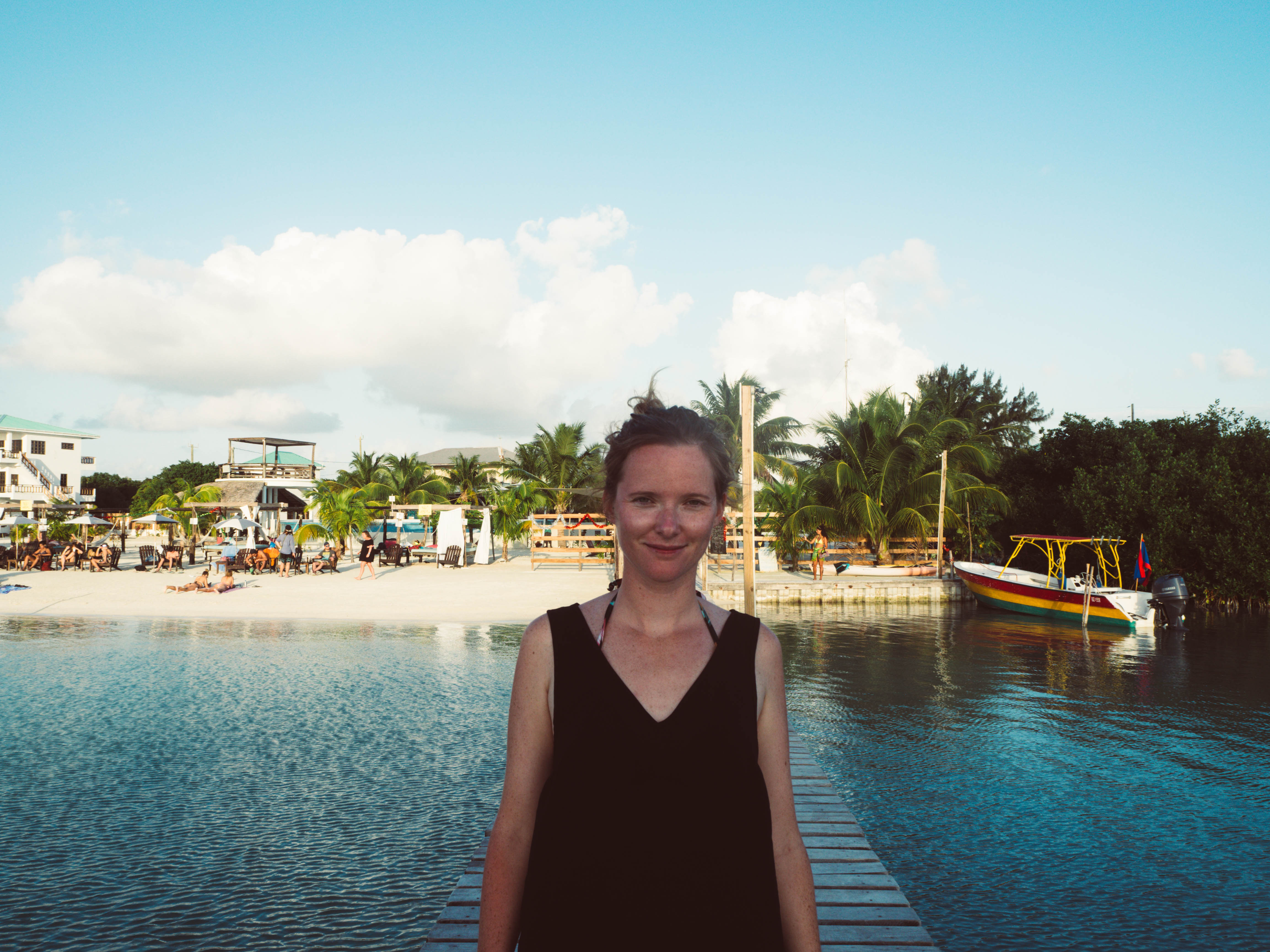 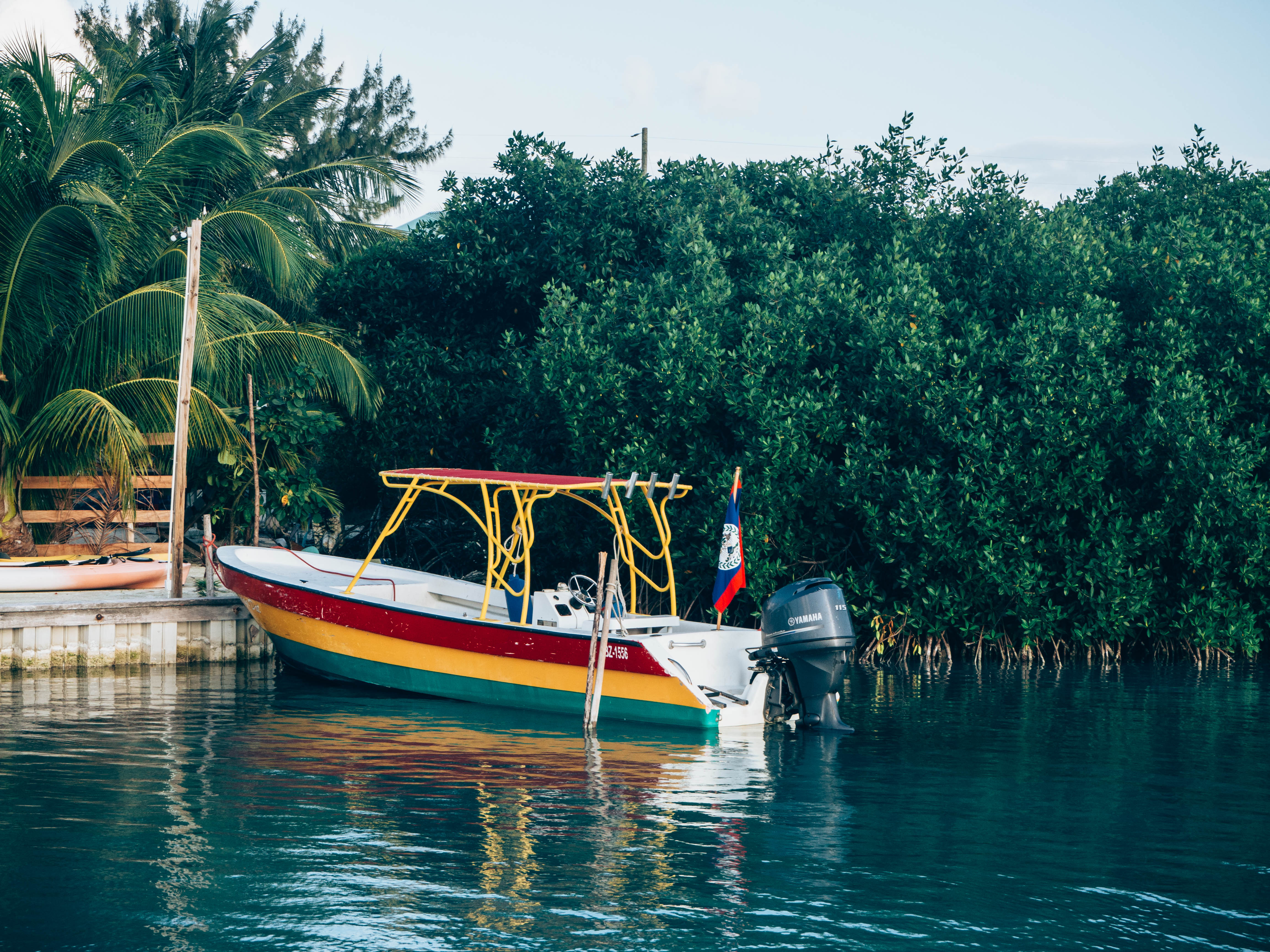 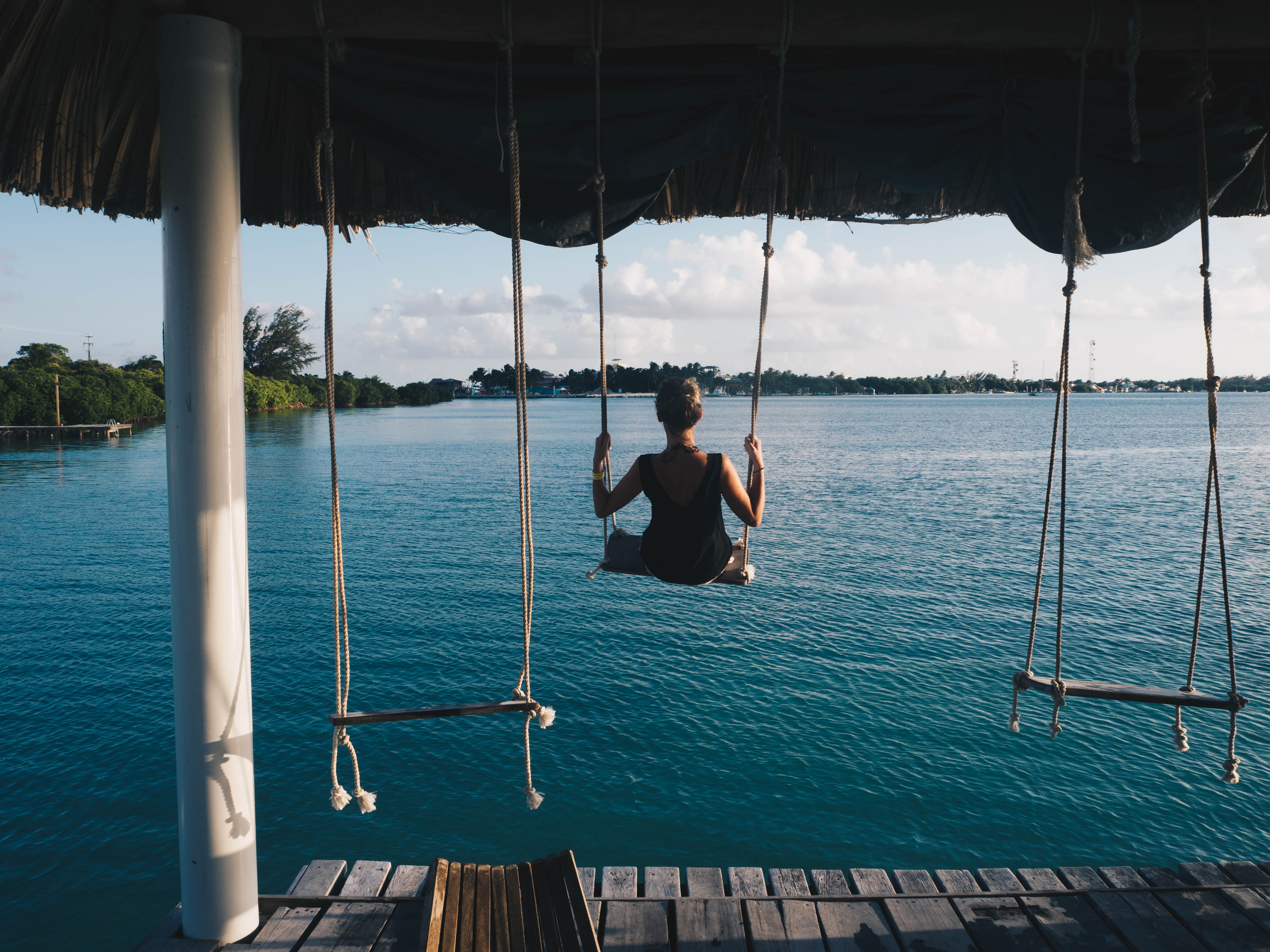 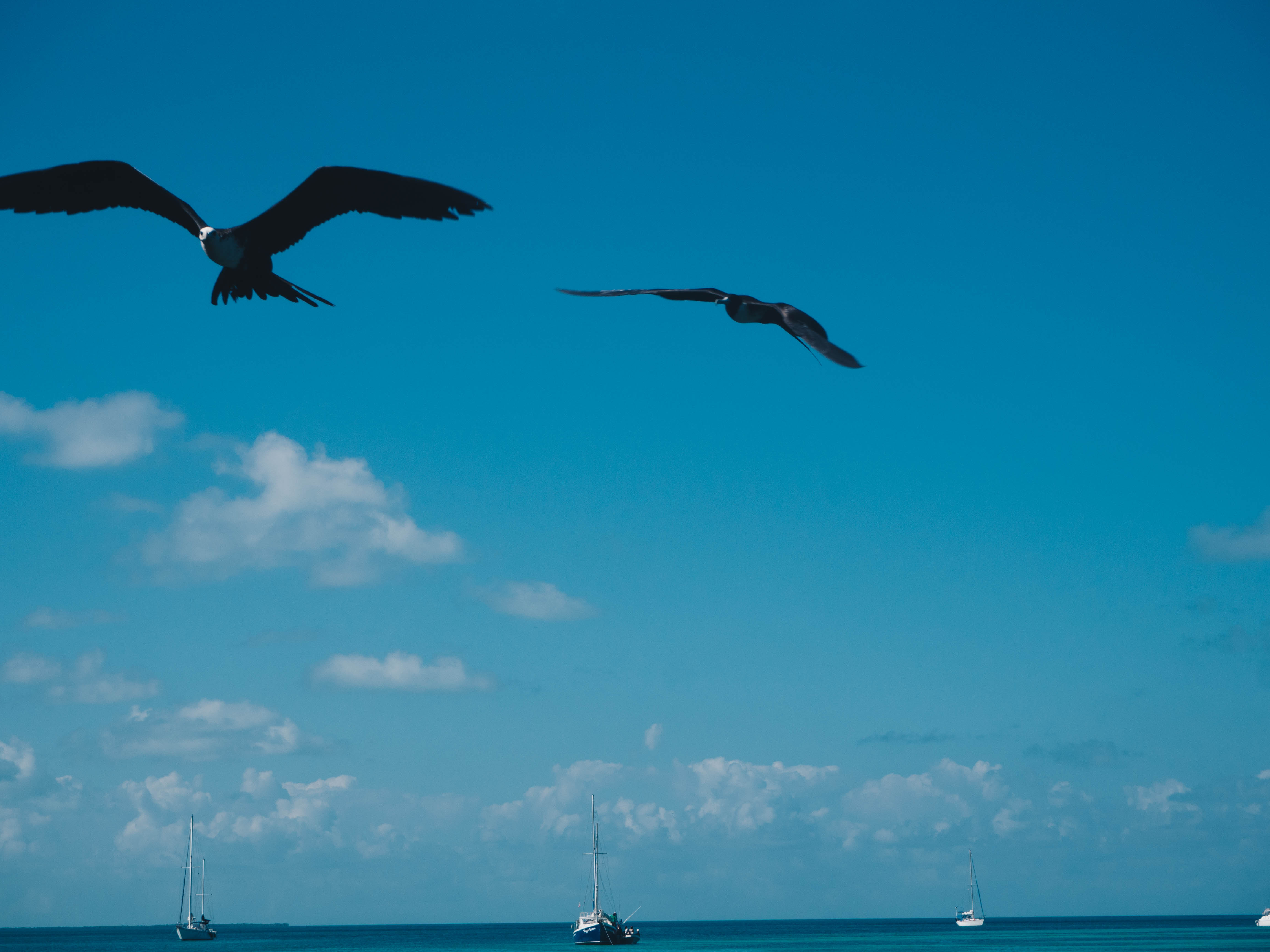 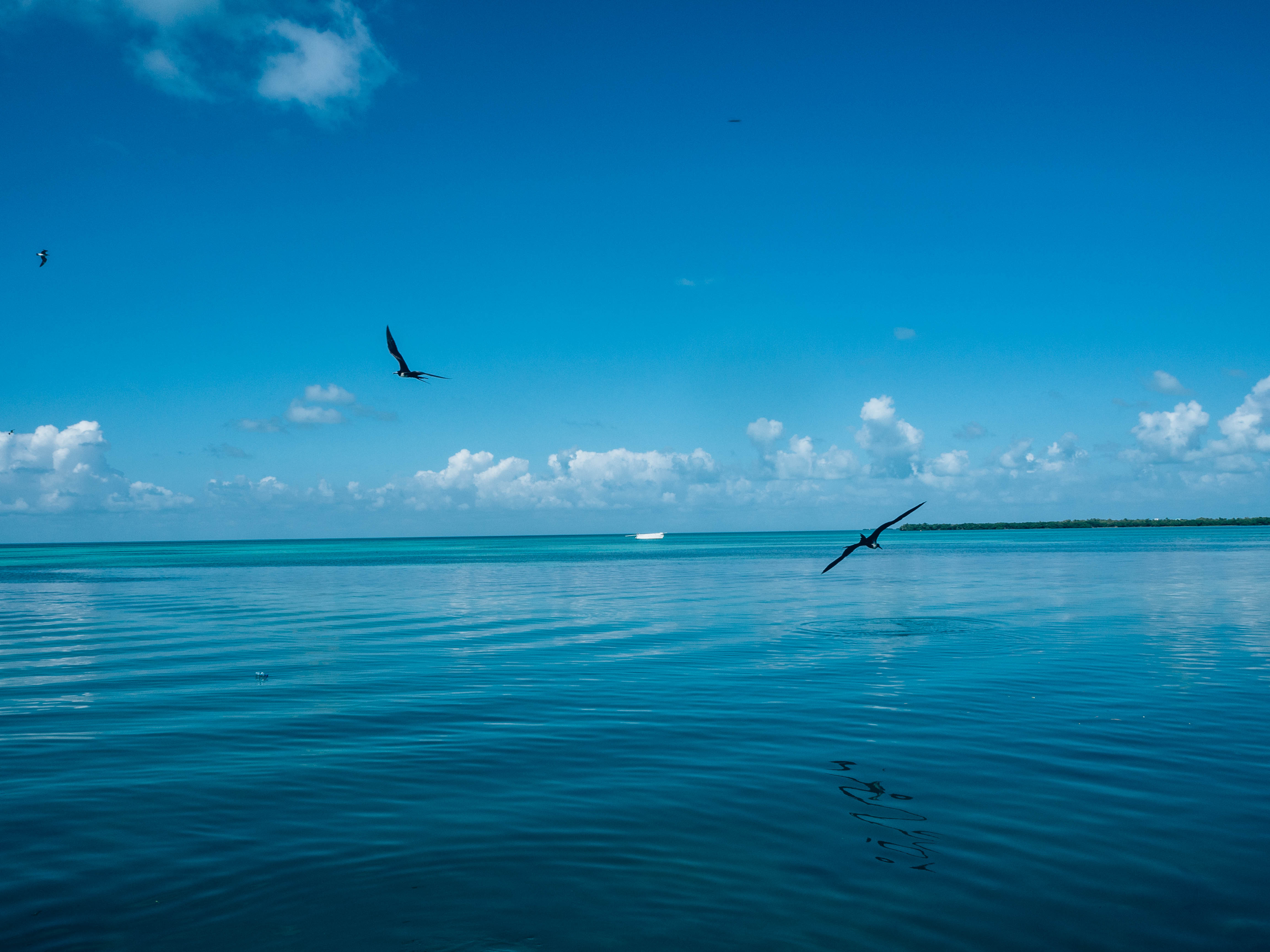 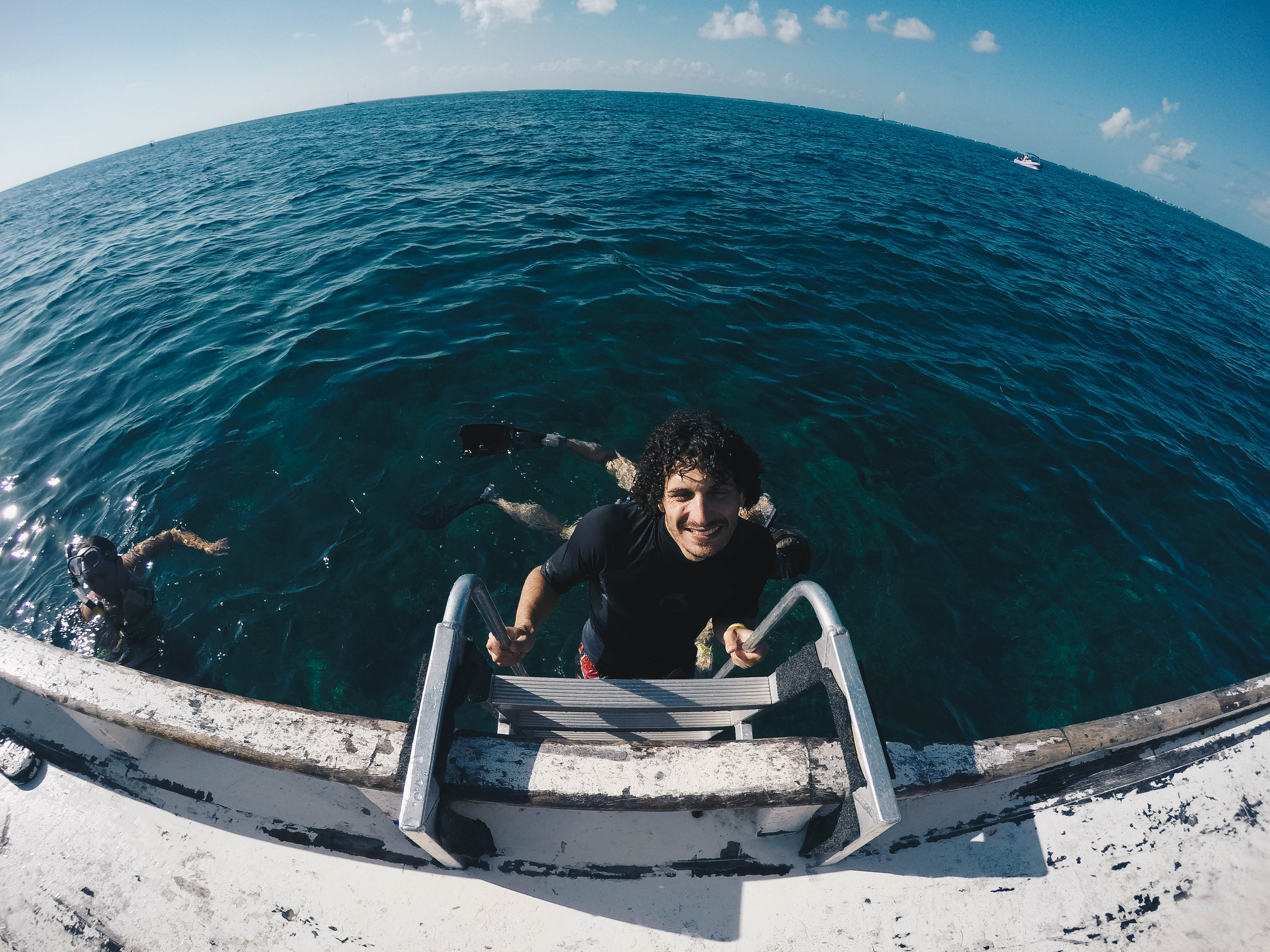 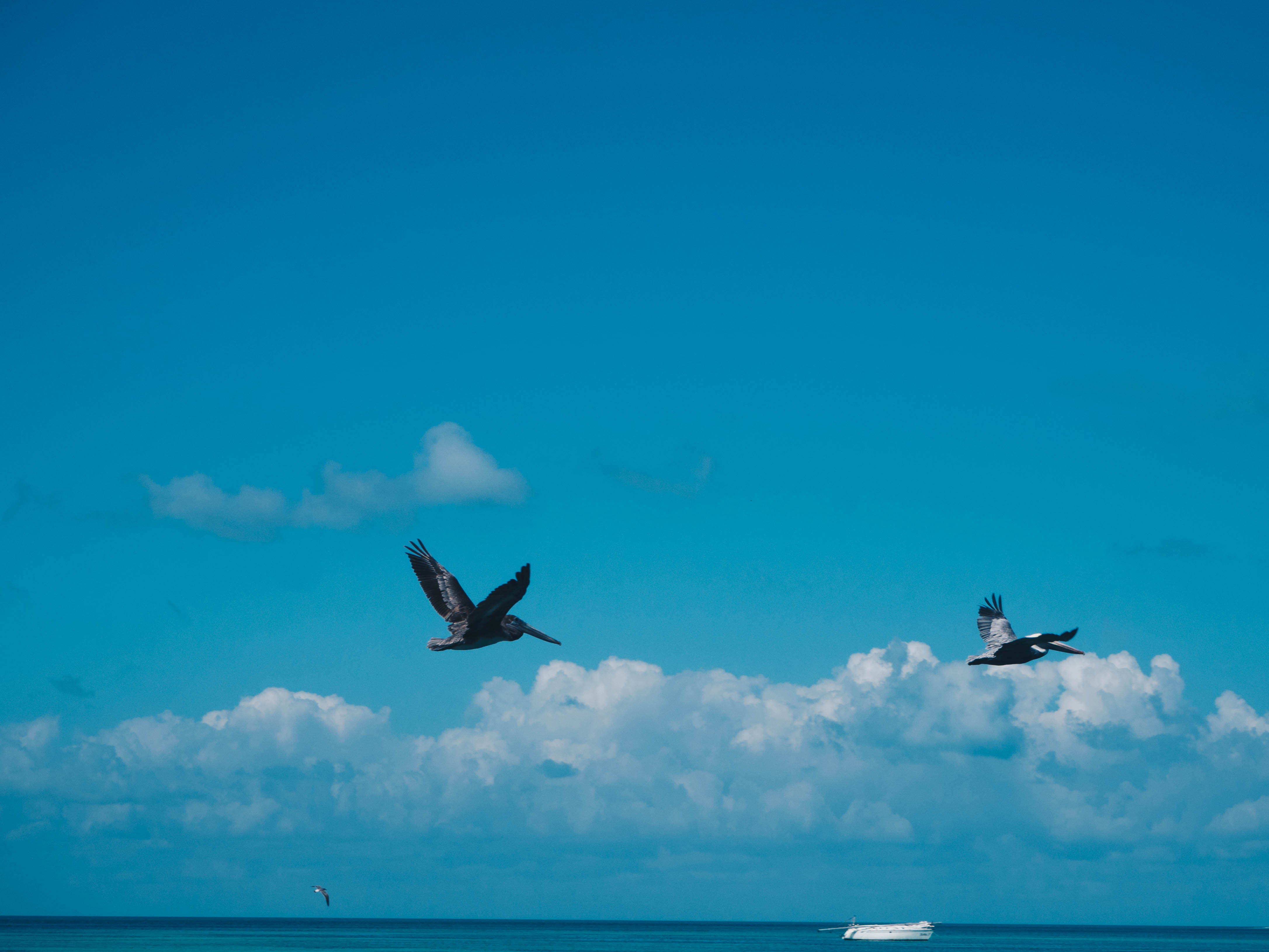 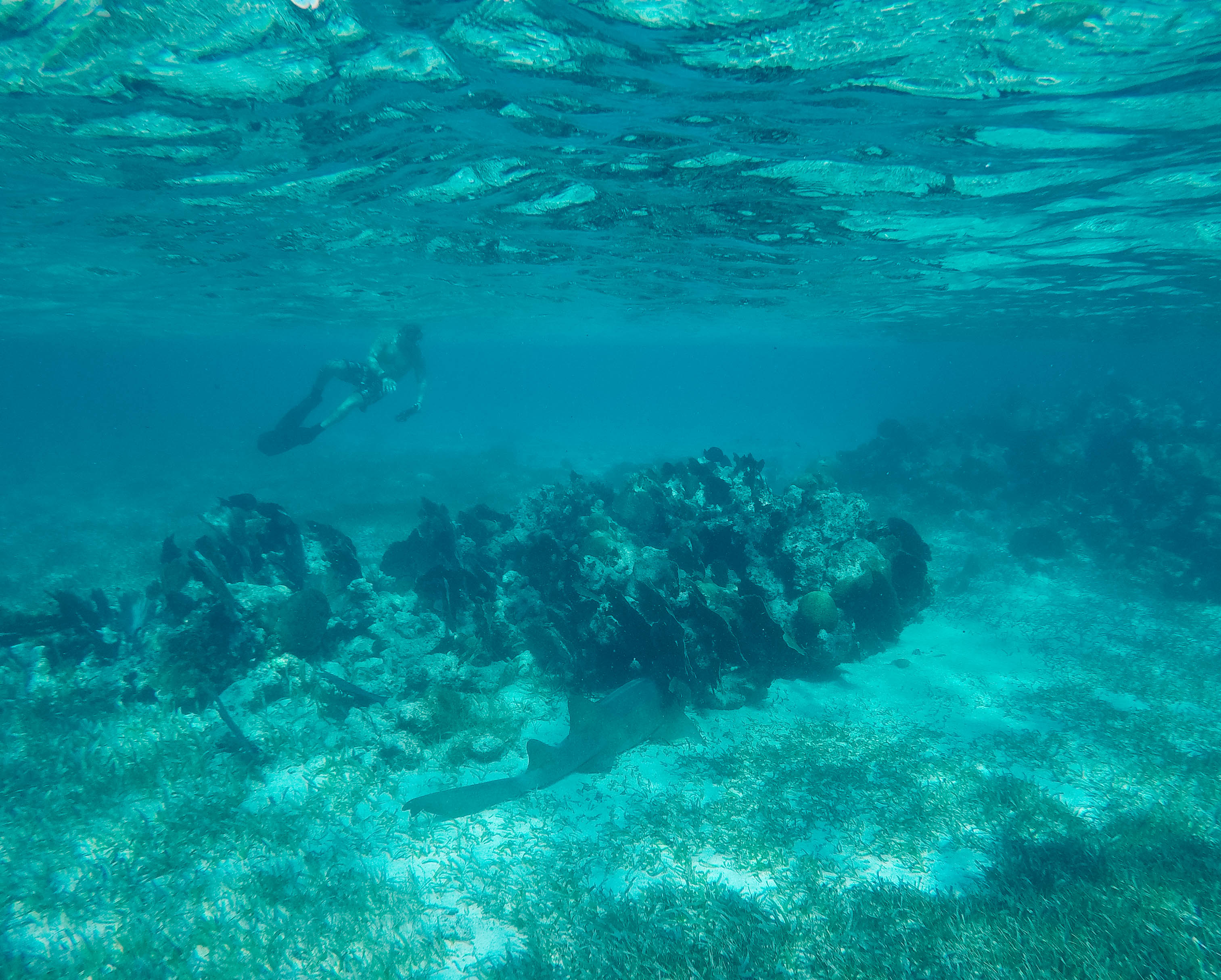 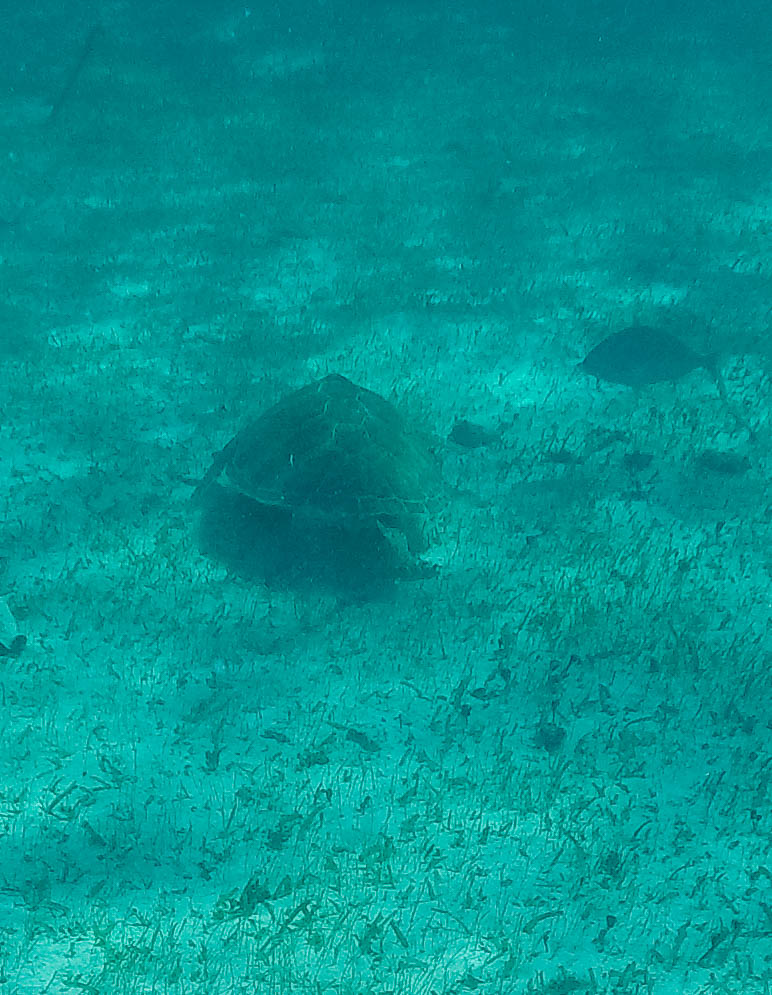 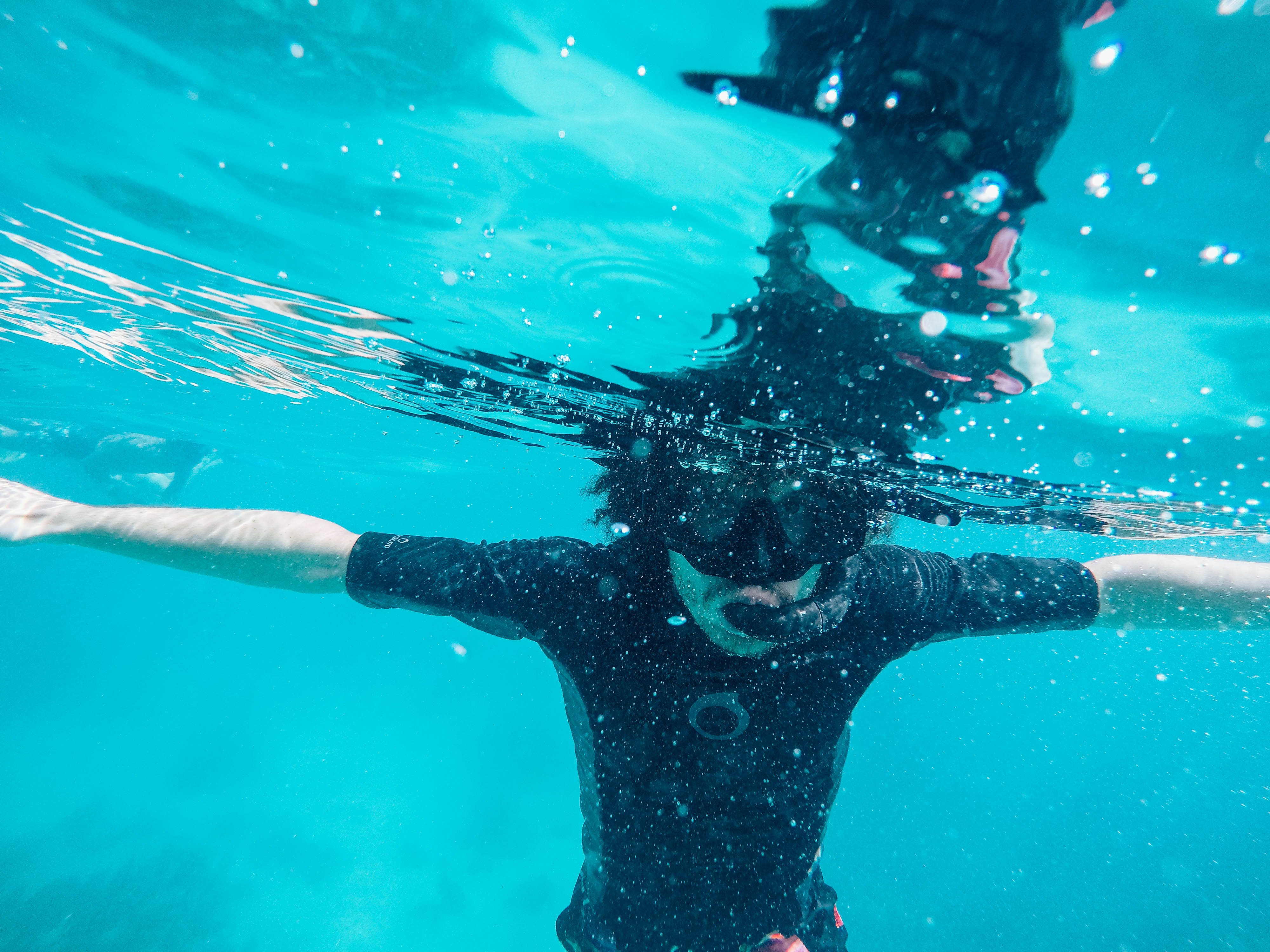 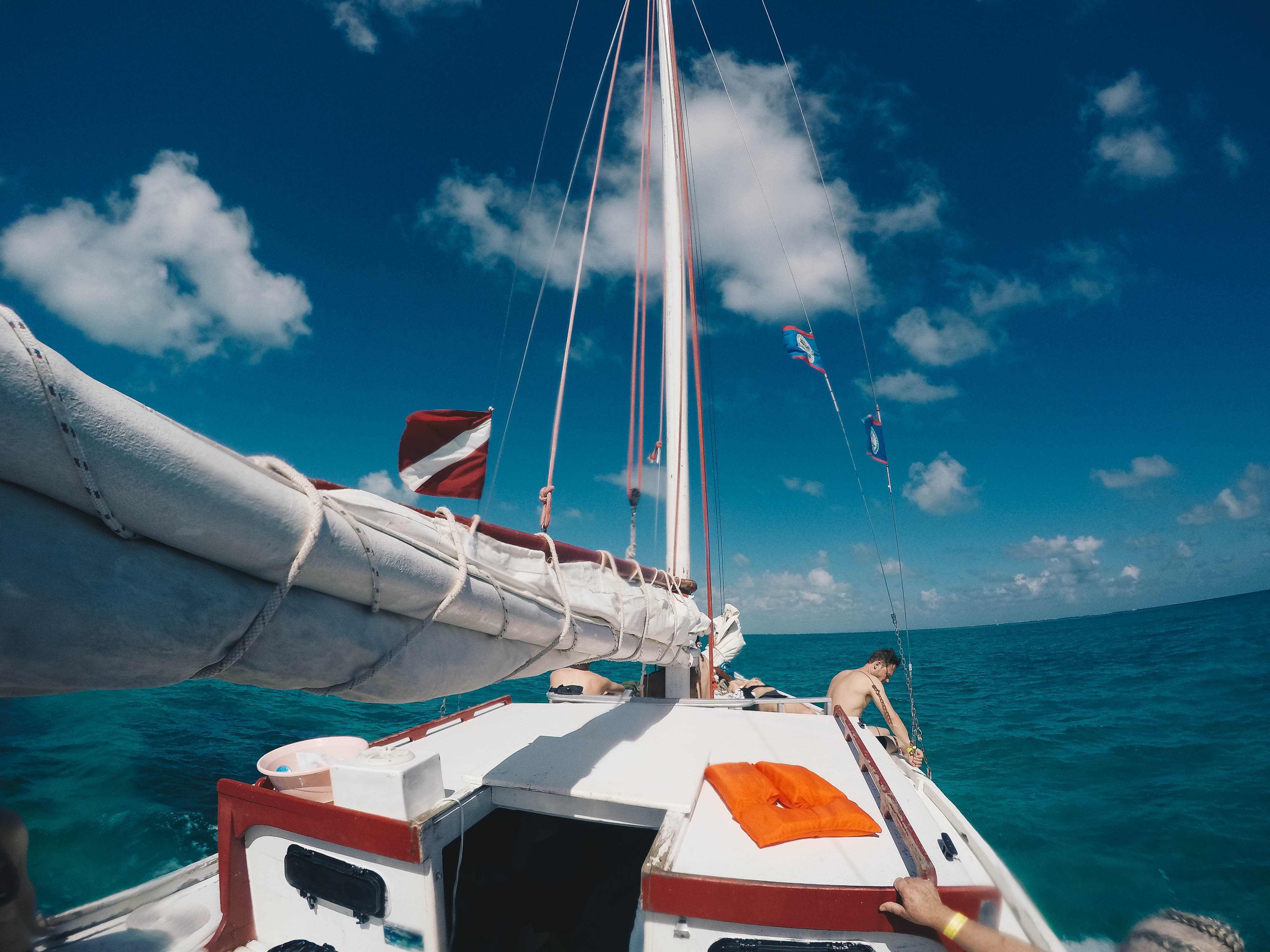 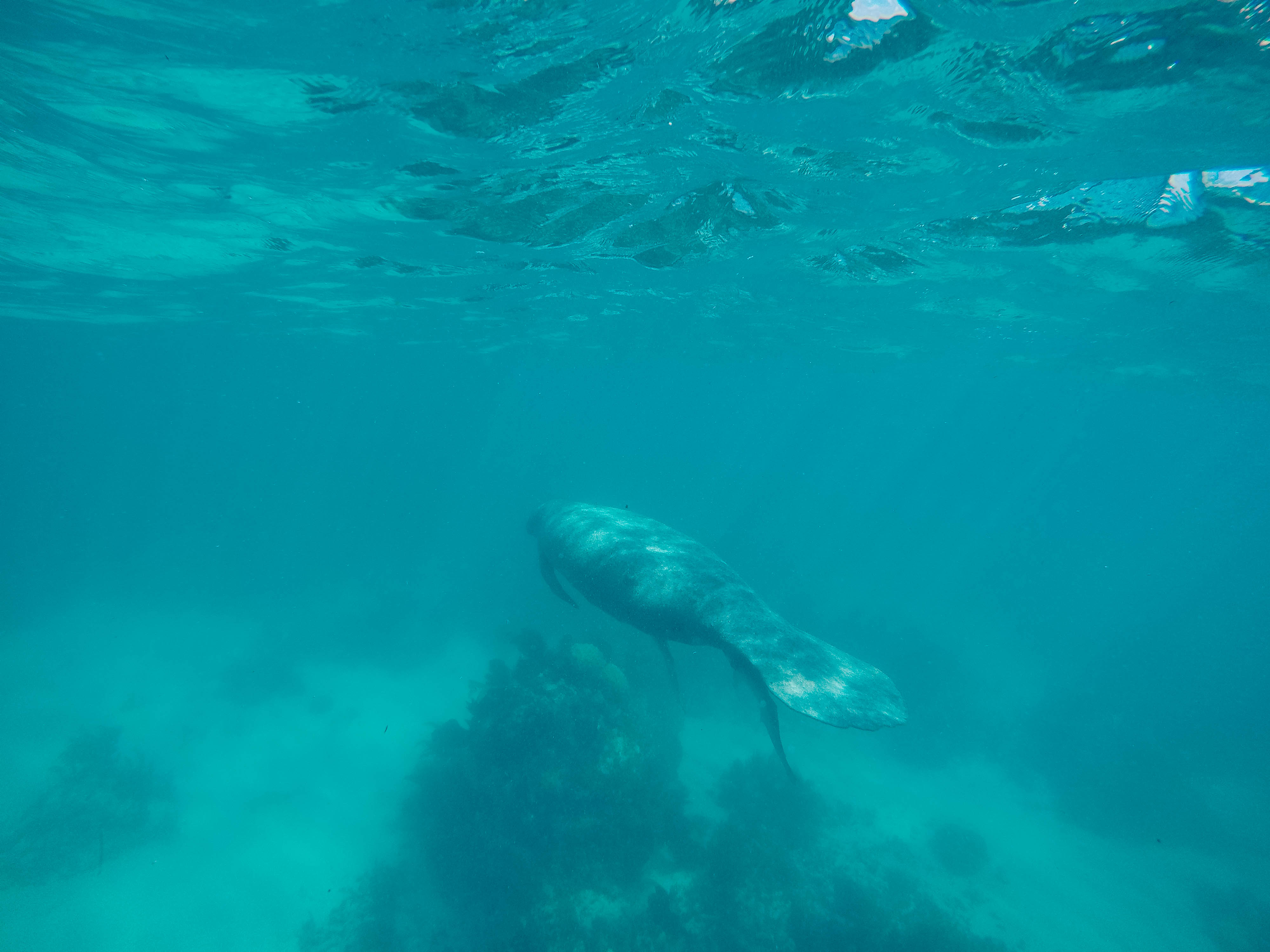 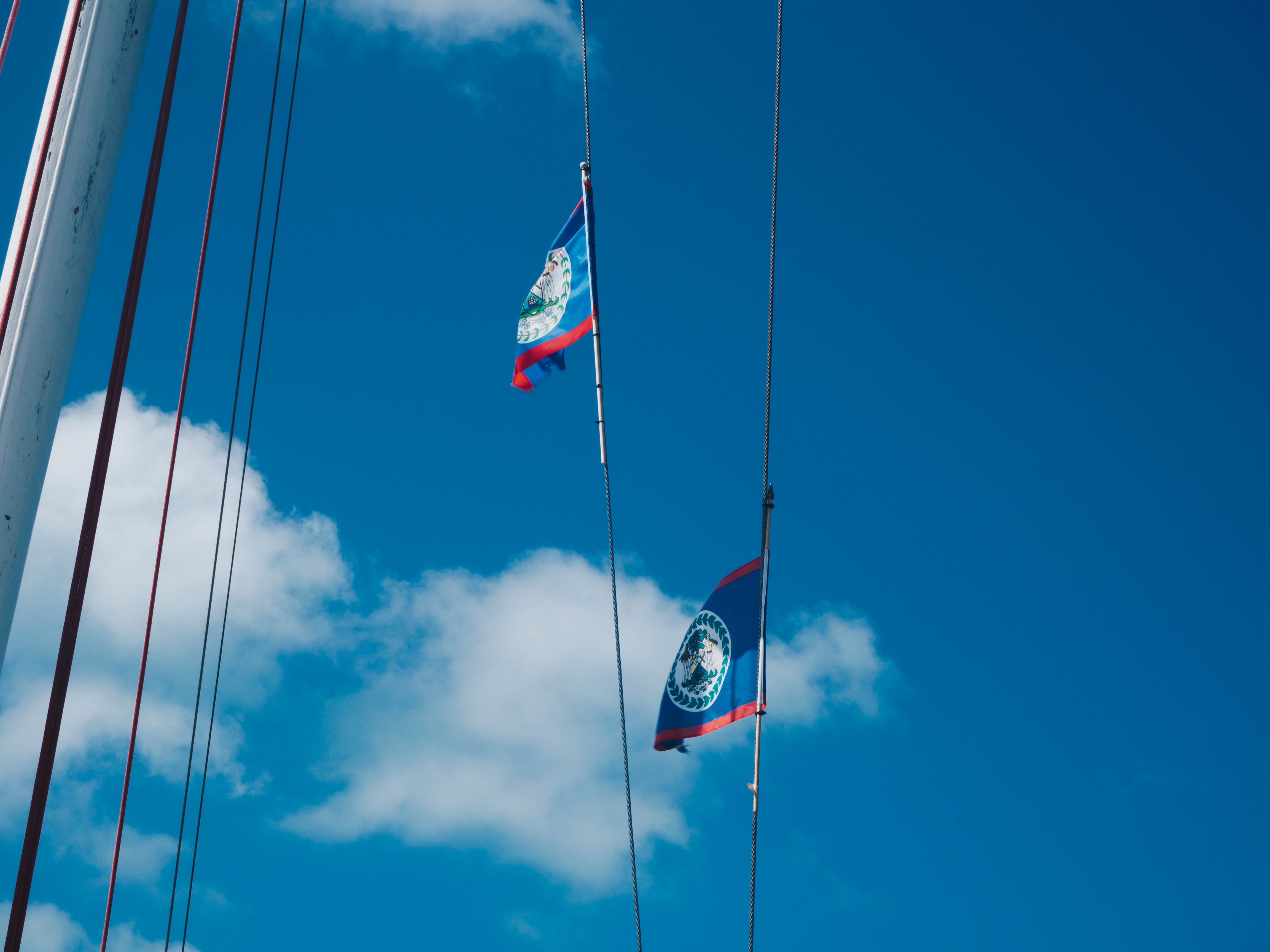 Many street barbecue offers lobster at good prices and we indulged ourselves some on Christmas Eve ! Yummy

If you want to go local, make sure you get braids like the rasta man living on the island. A lady offered Cedric to take care of “his naughty hair as  he has been a bad boy” and I quote “ she is the best on the island to take care of that”. We are still not sure what she was referring to so in doubt Cedric declined the offer ;)

That was it for our 4 days. Great 4 days to chill out after 5 weeks on the road quite busy. Clearly over budget for our backpacker budget but the sharks were definitely worth it. Bye bye Un-Belize-able! 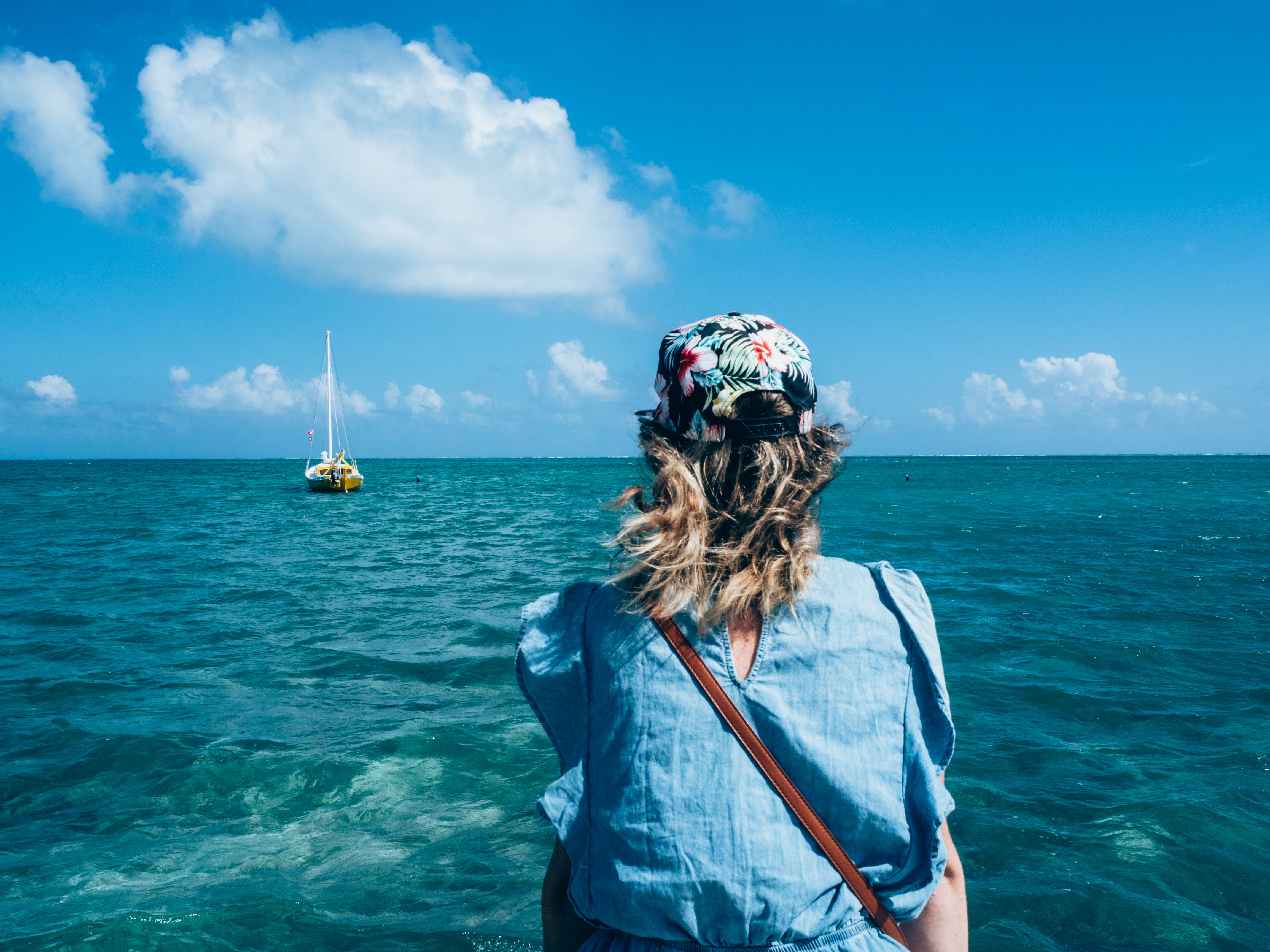 # at the border, if you arrive to Mexico by flight the exit fee (500 pesos) was already included in the price of the ticket. Make sure to print a copy and show the immigration agents. You don't have to pay it again! Be prepared to spend a bit of time negotiating though...

# to enter Belize there is no fee. However at the exit of the country be prepared to pay 40 Belize dollar.

# Raggamufifn is the only sailing cruise and offerall amenities (music, toilets etc). We did like it ! 140 Belize dollar per person for the day.