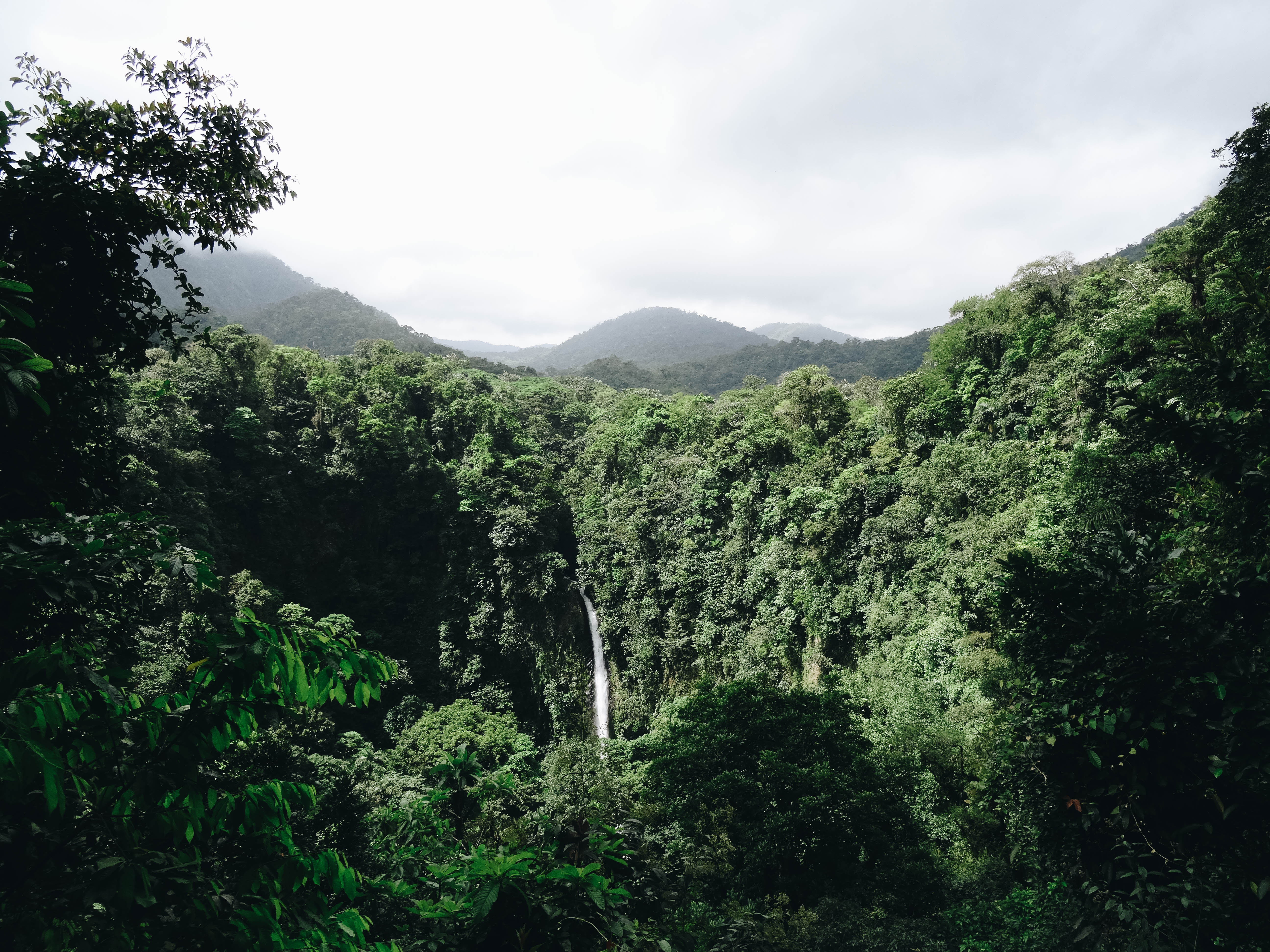 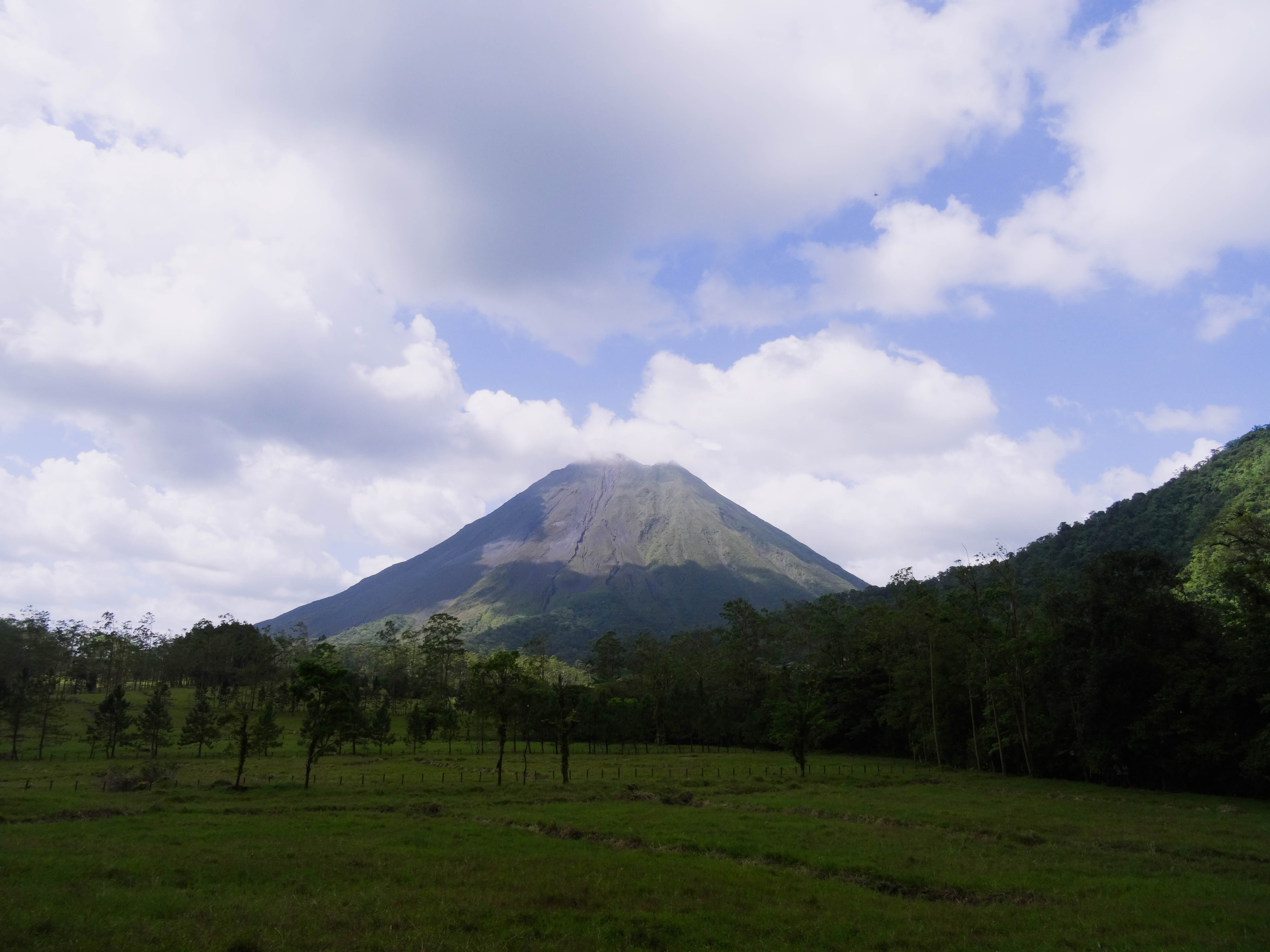 Costa Rica offers so much diversity in the landscapes !

From the Caribbeans Coast to inland, we had the feeling to be in a totally different country.

We arrived in La Fortuna, base town to explore the Arenal area.

We had a nice little Airbnb for ourselves with a tropical garden where we saw poisonous frogs, green snakes, fluo flying bugs (that attacked my mum and myself! Of course when Cedric came they disappeared so he still doubts this type of bugs exists ;) ) and most importantly : toucans ! Finally after almost 3 weeks in Costa Rica we doubted these ever existed. But here they are, beautiful, with colours and long beaks. Majestuous.

The reason we came here was to admire the beautiful Arenal volcano. We can see traces of lava from the last eruption in 1968 and vegetation growing around. So many houses got destroyed, eruptions can be so powerful. There is apparently always some clouds covering its head like a little hat but we have been really lucky to see it totally uncovered twice for 20 minutes: Lucky us!

In the area there are two things you can’t miss:

A beautiful hike to the top of Cerro Chato (8th volcano hike for us!) , a volcano standing in front of Arenal Volcano with a crater filled with green- turquoise water. The hike was quite hard with many rocks to climb. You have to deserve the view from the top!

Fun fact: the hike was close due to some legal battles between the private national park and the government trying to get access to it and people getting through the barbed wire face huge fines and can end up in jail! Well we still went and illegally crossed 2 barriers, real gangstas  ;)

On the second day we went to La Fortuna Waterfall. Super touristy but really beautiful 70 metres waterfall in the middle of the jungle. Cédric and mum took a “plunge” besides the water being super cold. The fall is so powerful that you can’t get close to the centre, too much reep!

At night mum treated us with an amazing steak (still with beans though! We are so tired of beans ). The region is known for its beef farming.  What a good dinner!

# we can’t hike the Arenal Volcano due to unstable ground and the risk of new eruptions. You can hike in the park though but we wanted something a bit more challenging so we went to the Privately owned Arenal Observatory to hike the Cerro Chato. We highly recommend it ! $15 usd , 12kms hike. 5h walk.

# La Fortuna Waterfall: $15usd. A must-do even if there are many tourists 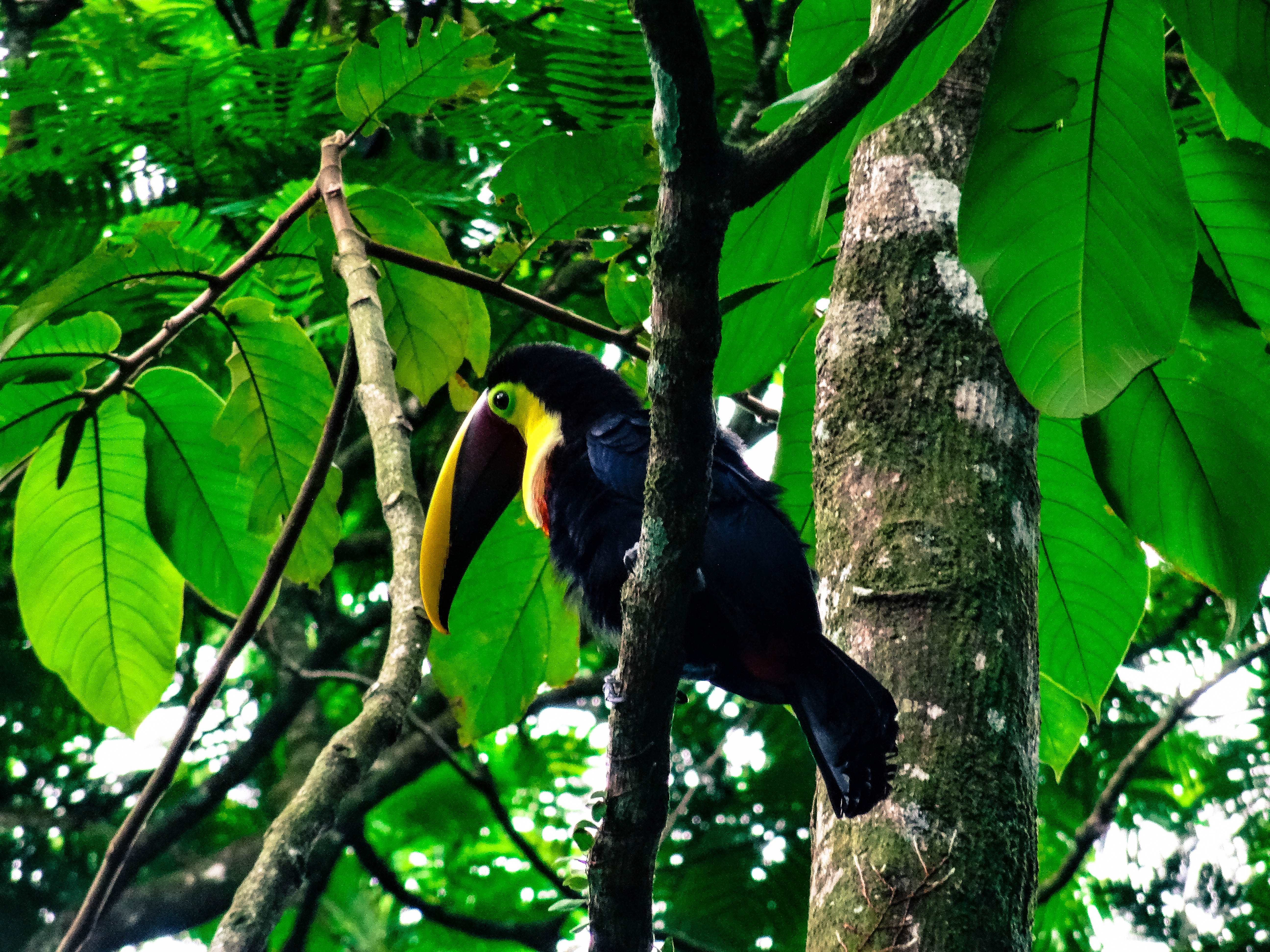 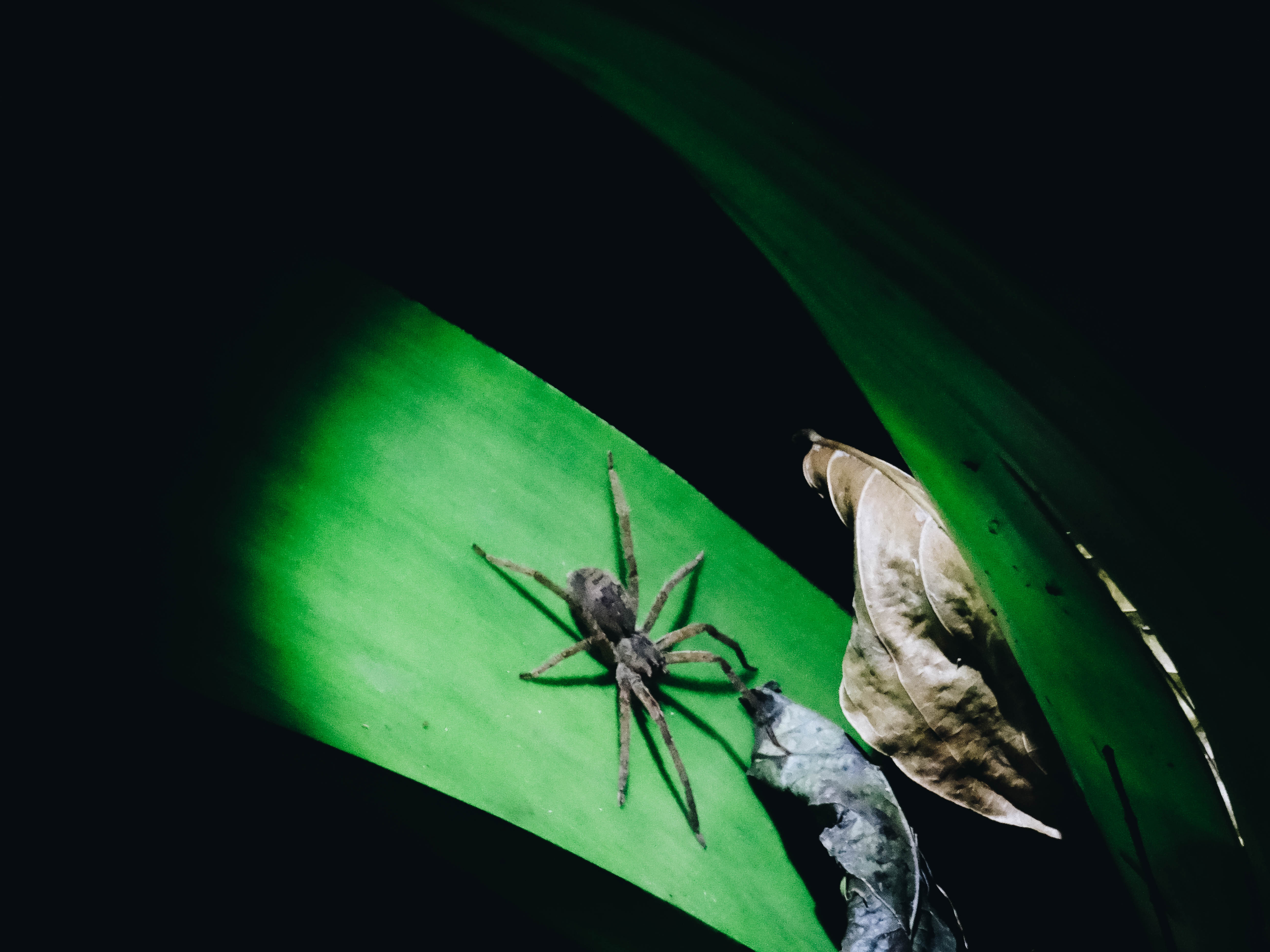 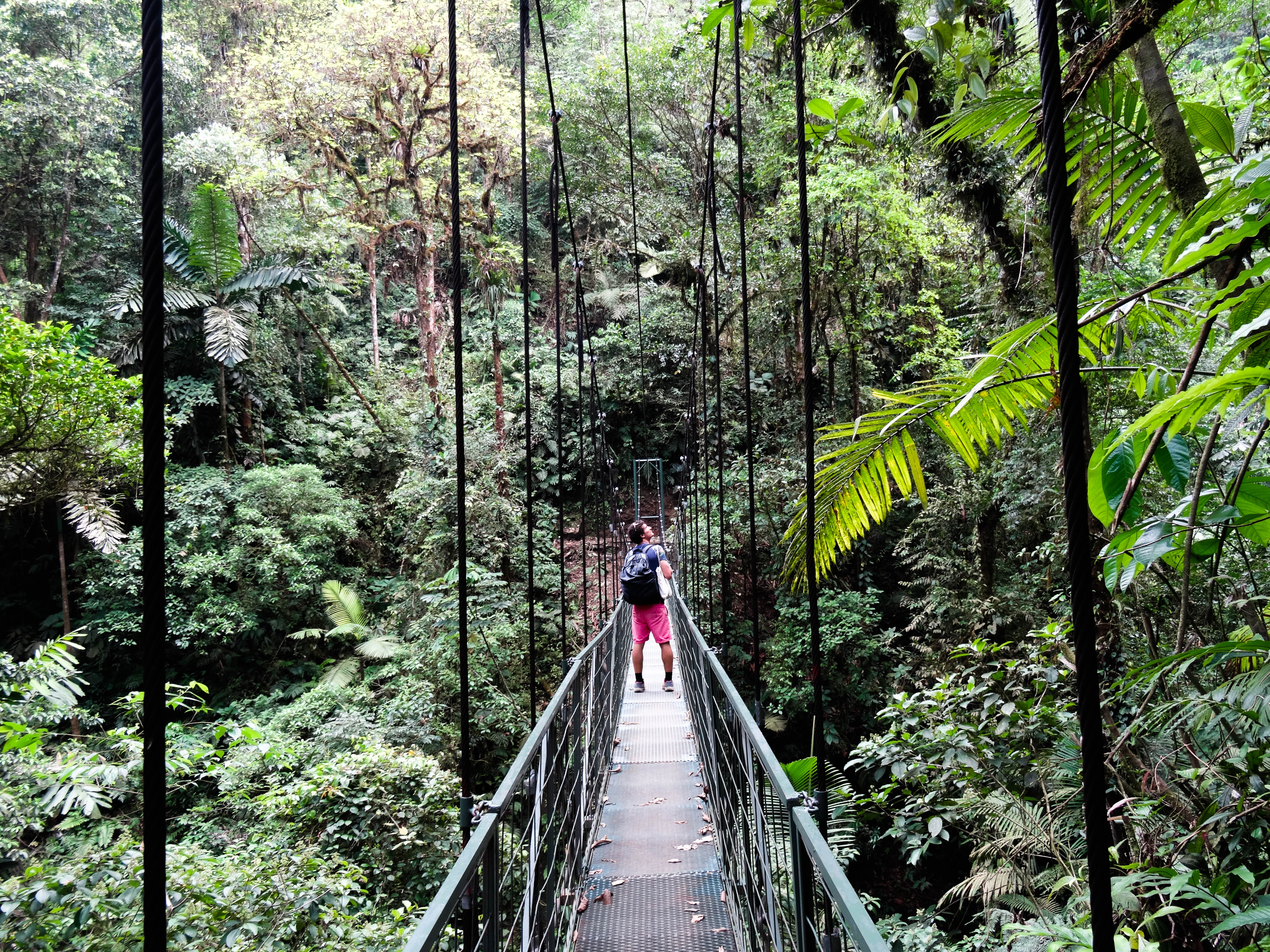 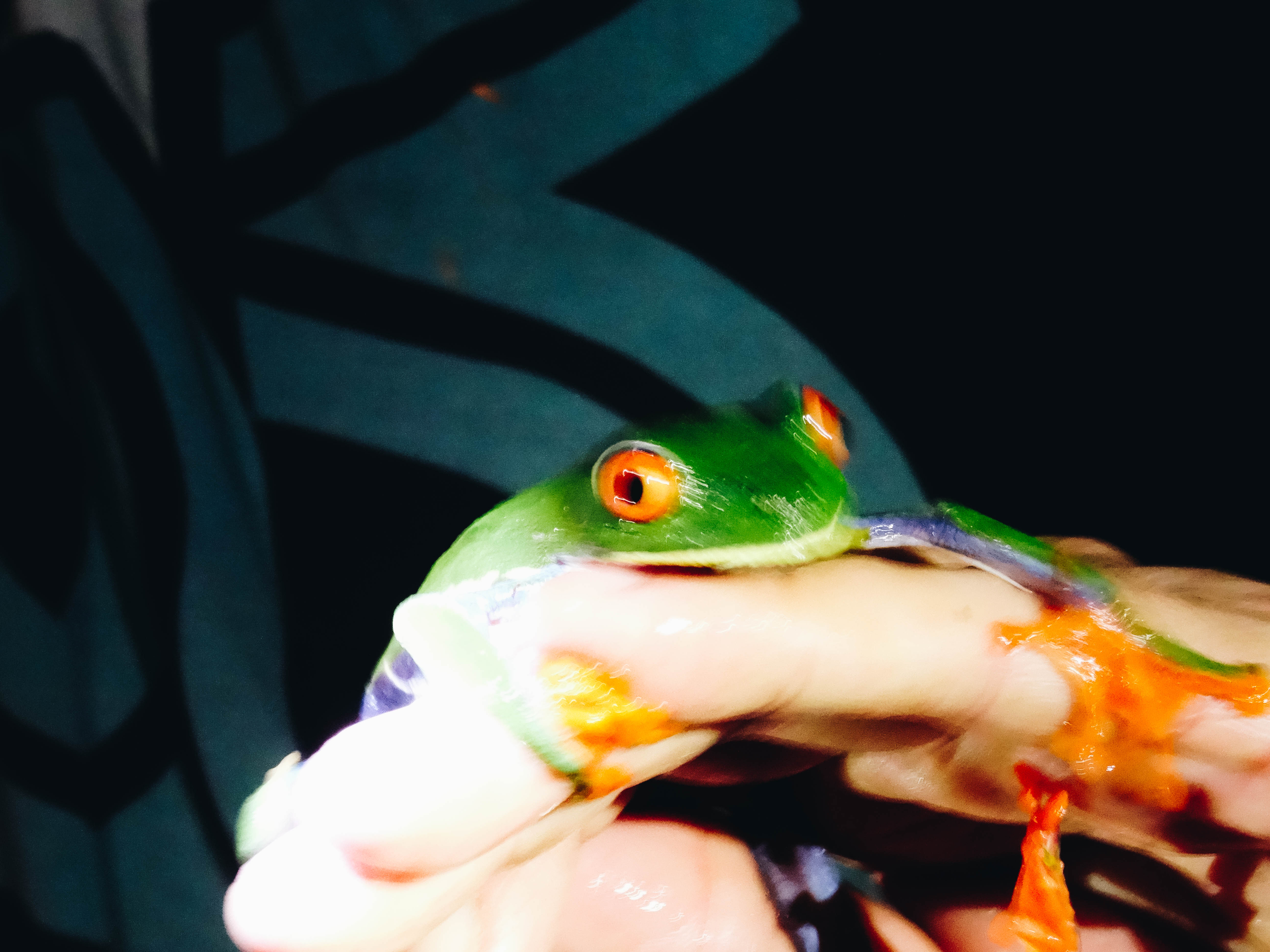 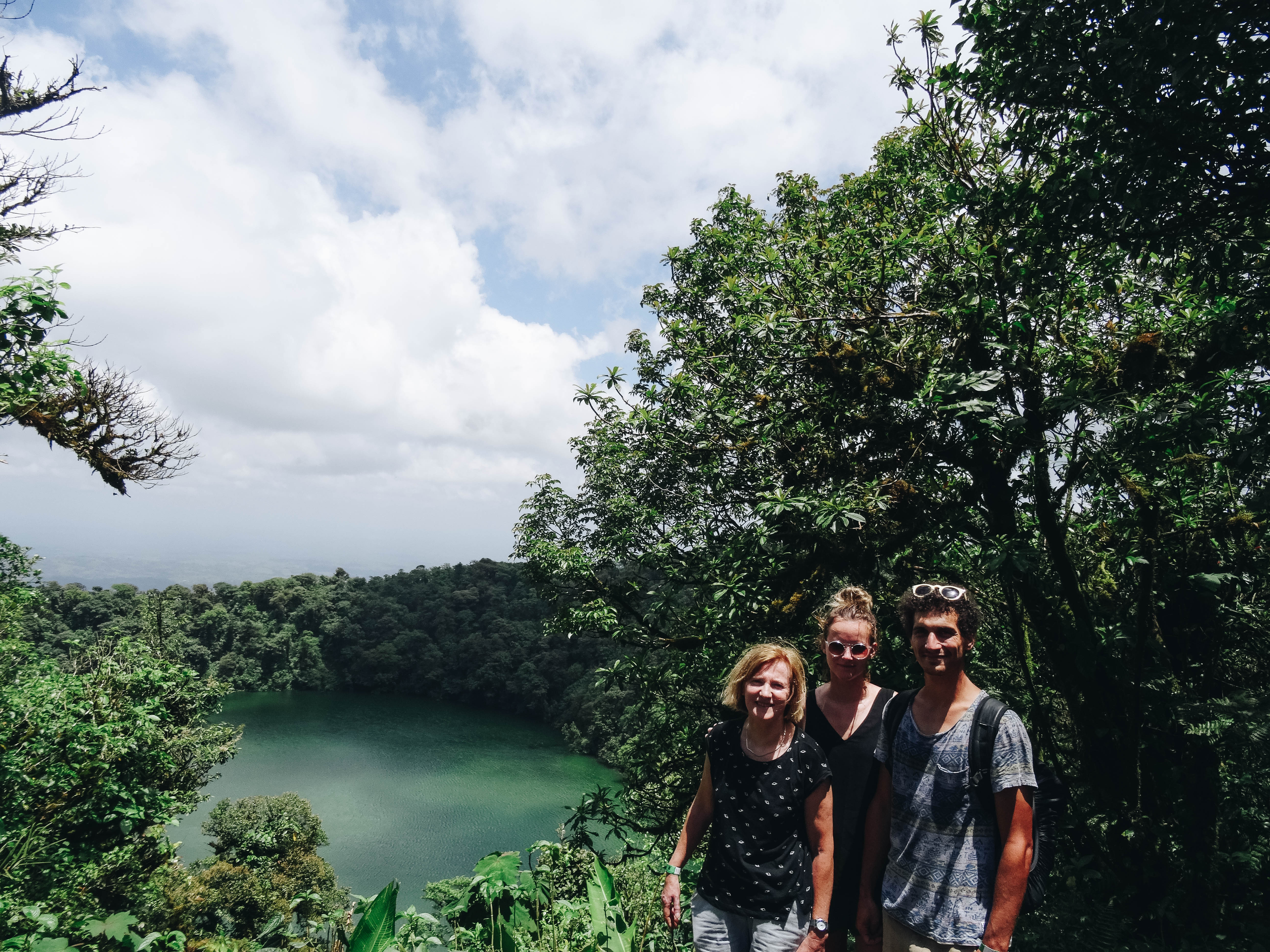 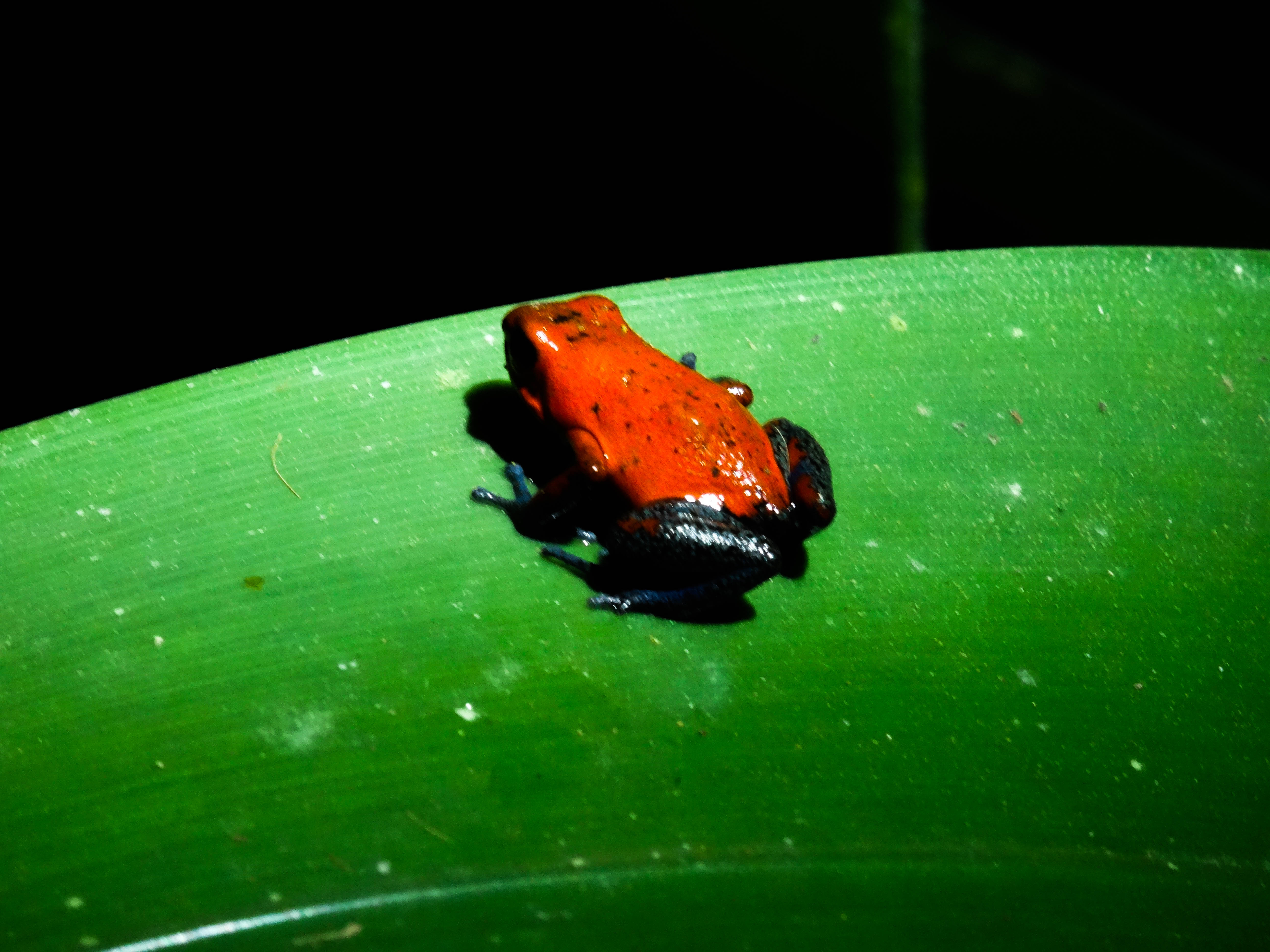 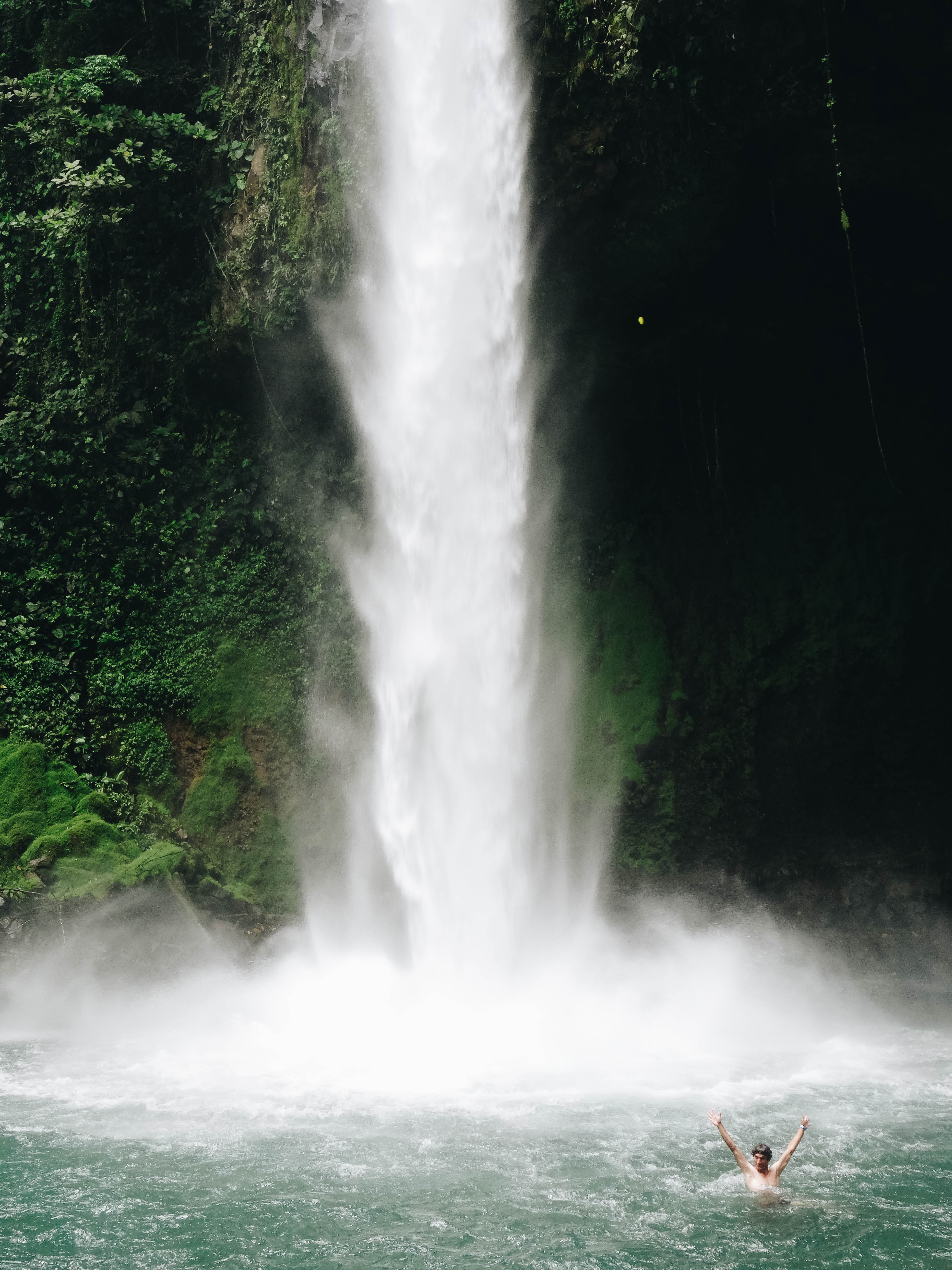 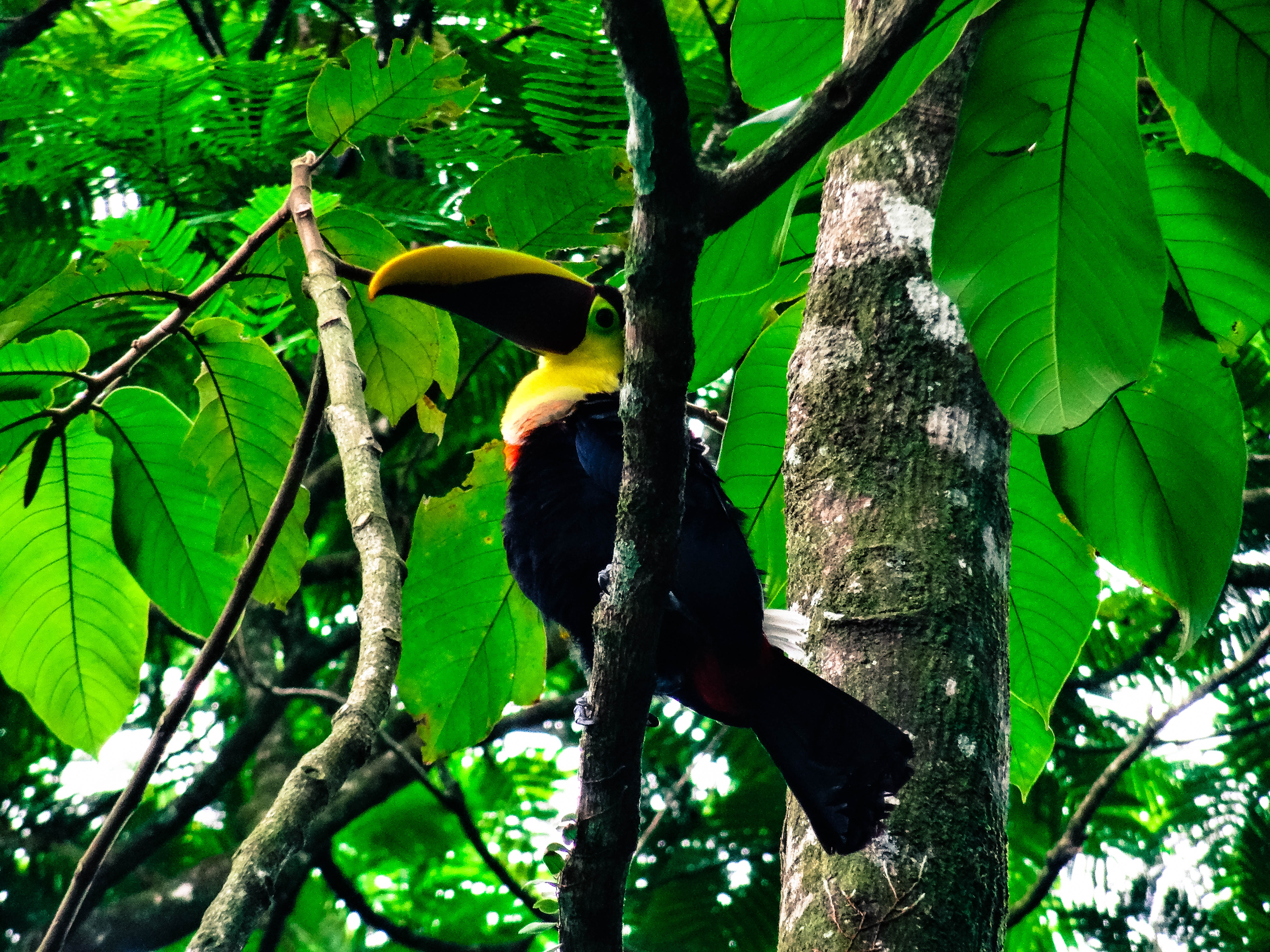 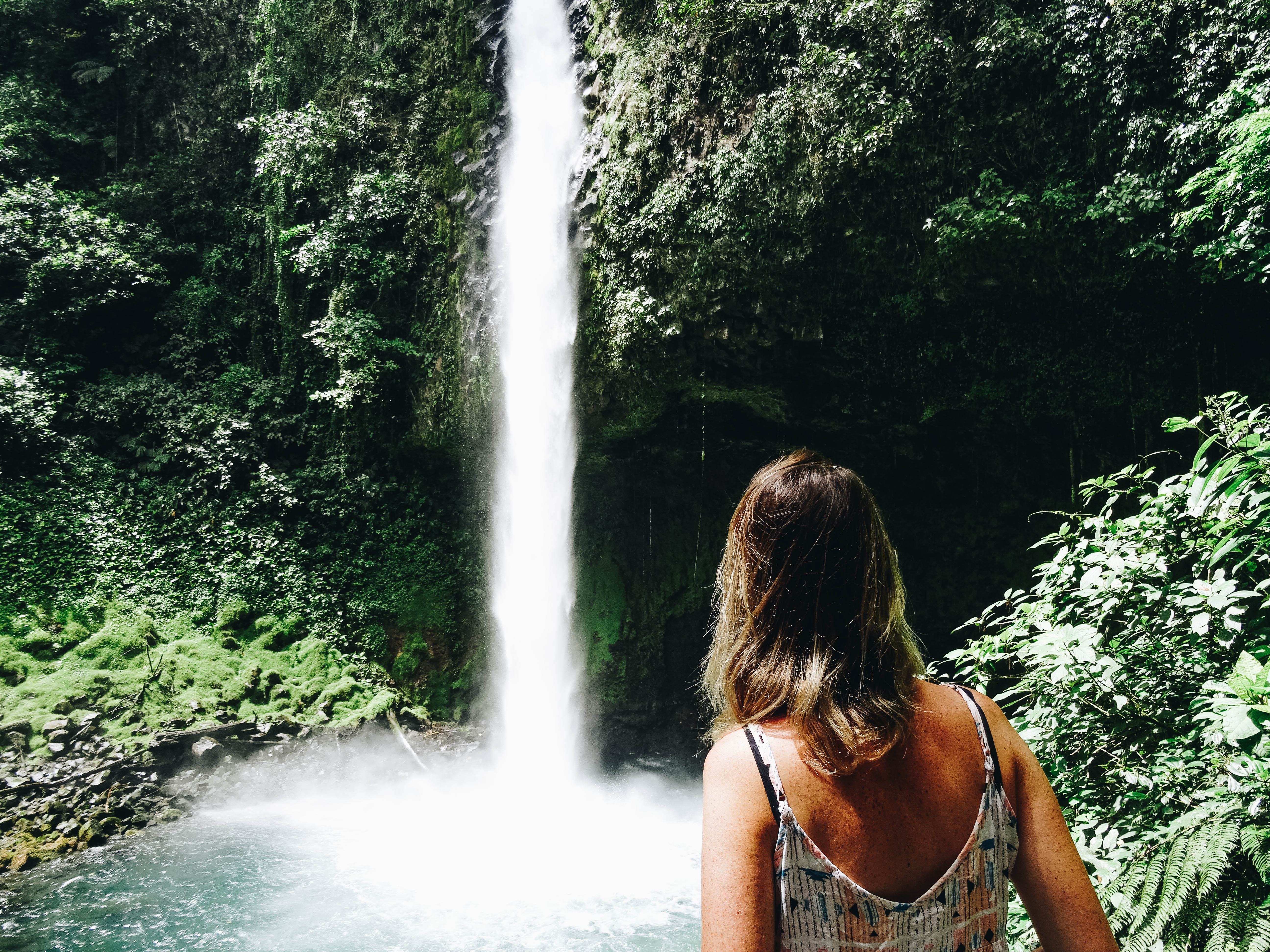 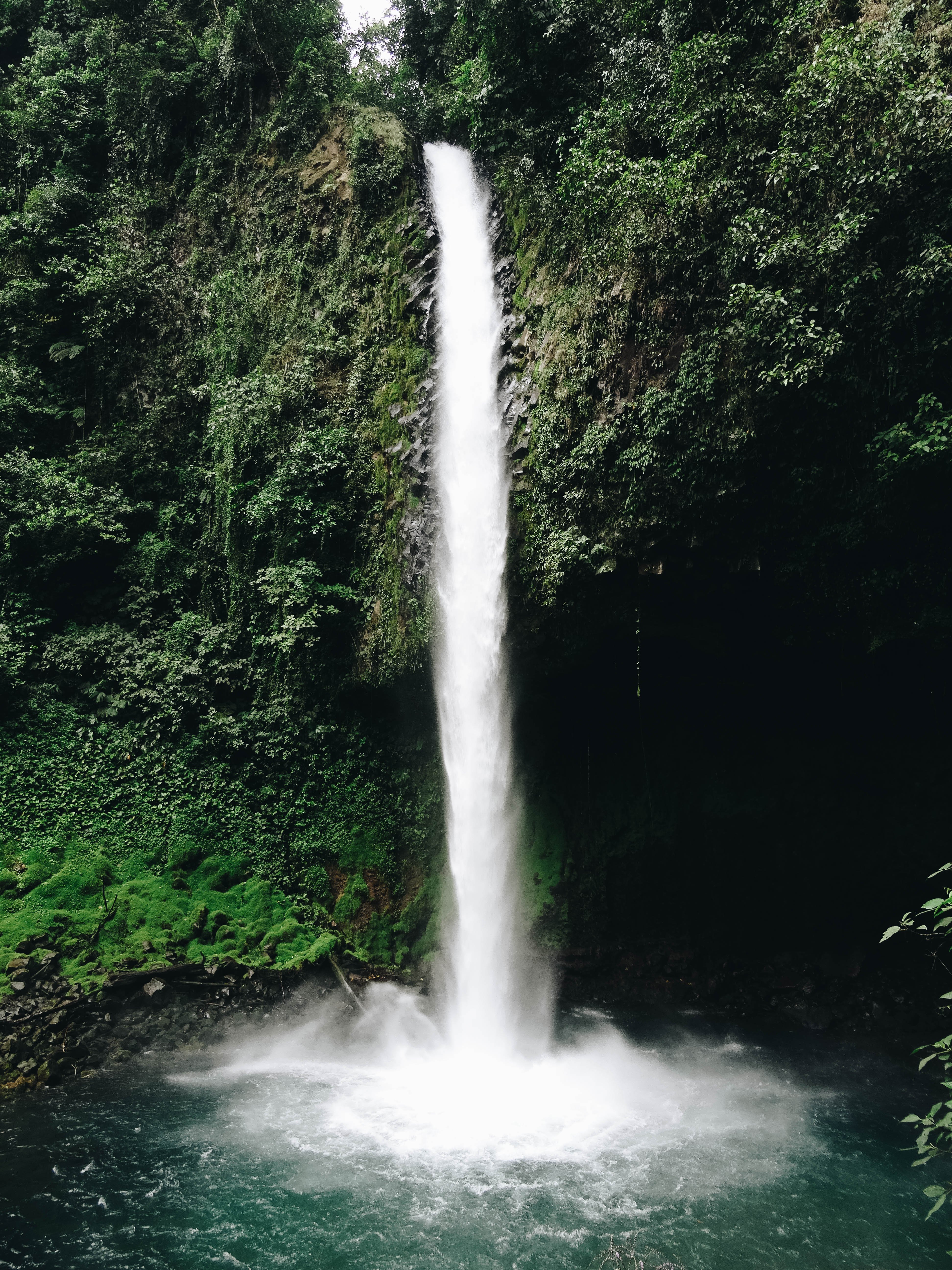 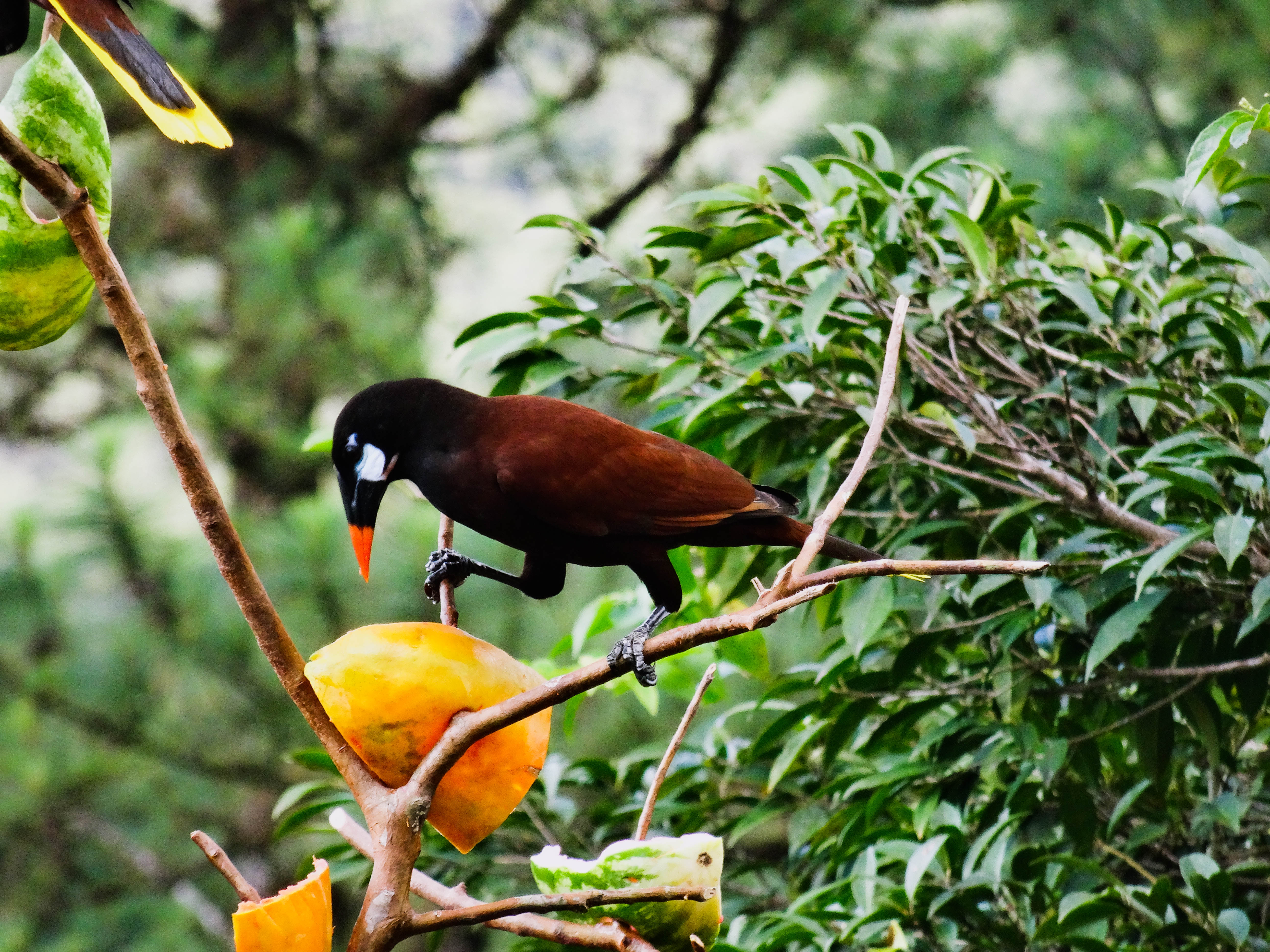 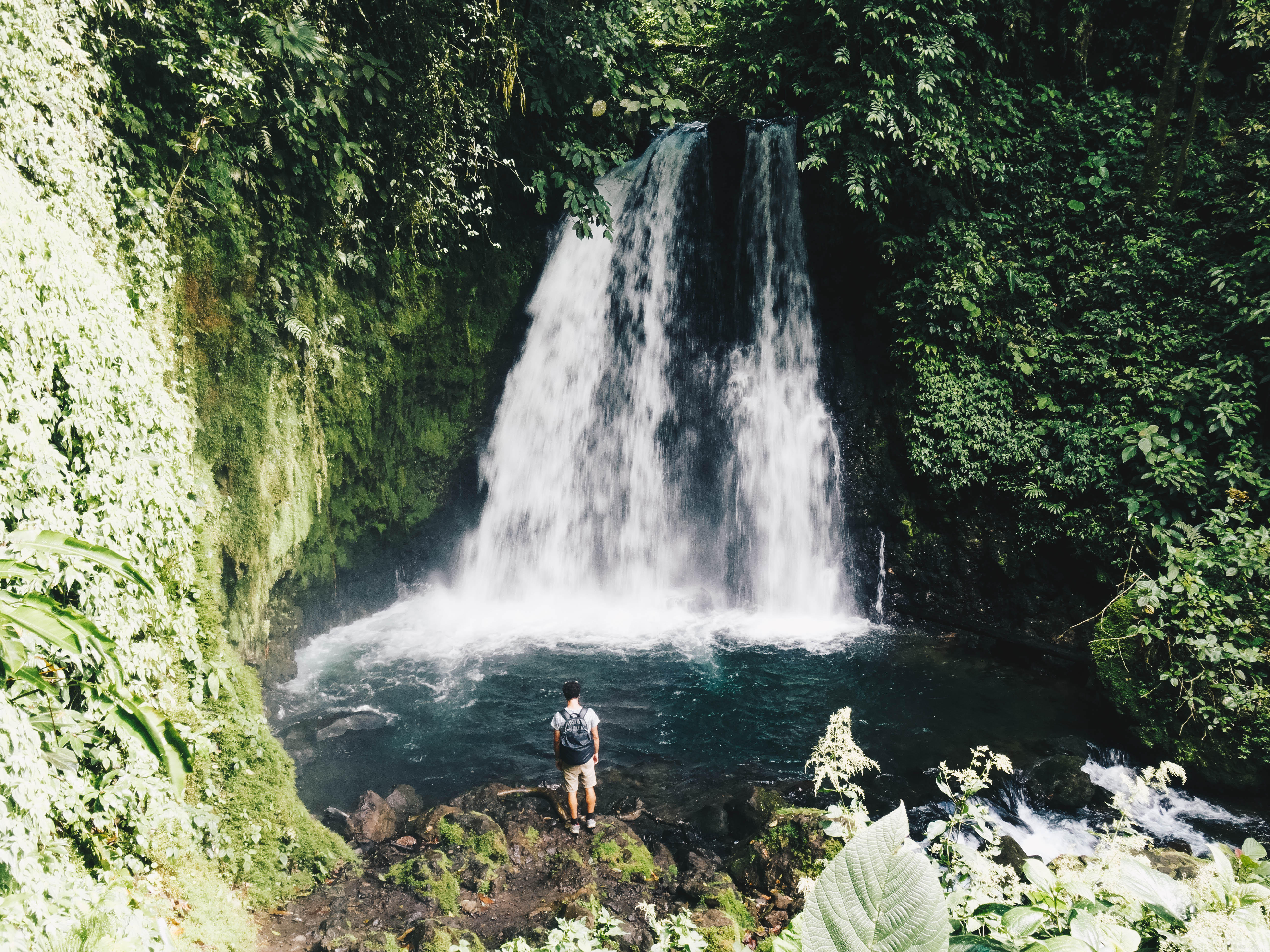 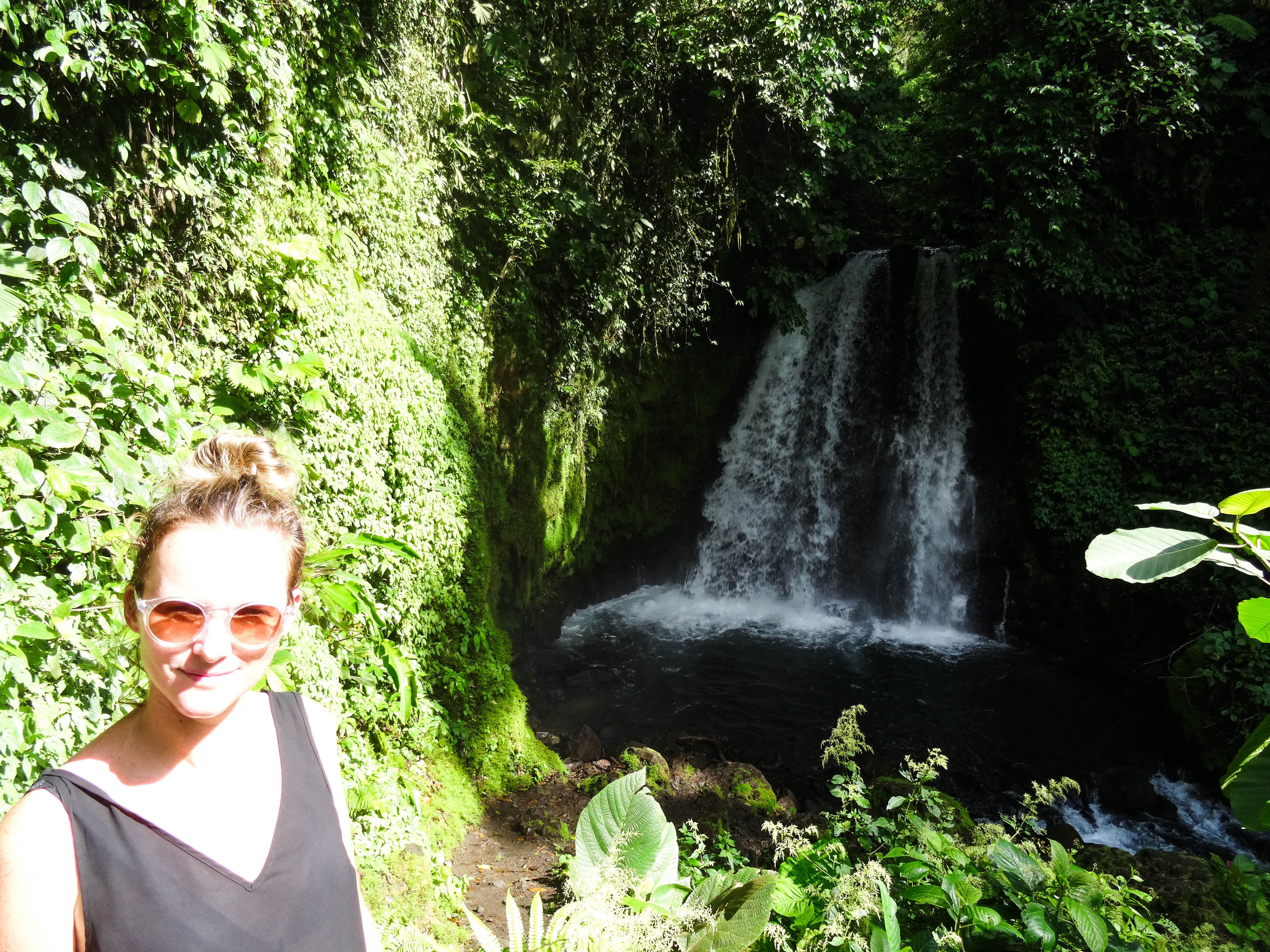 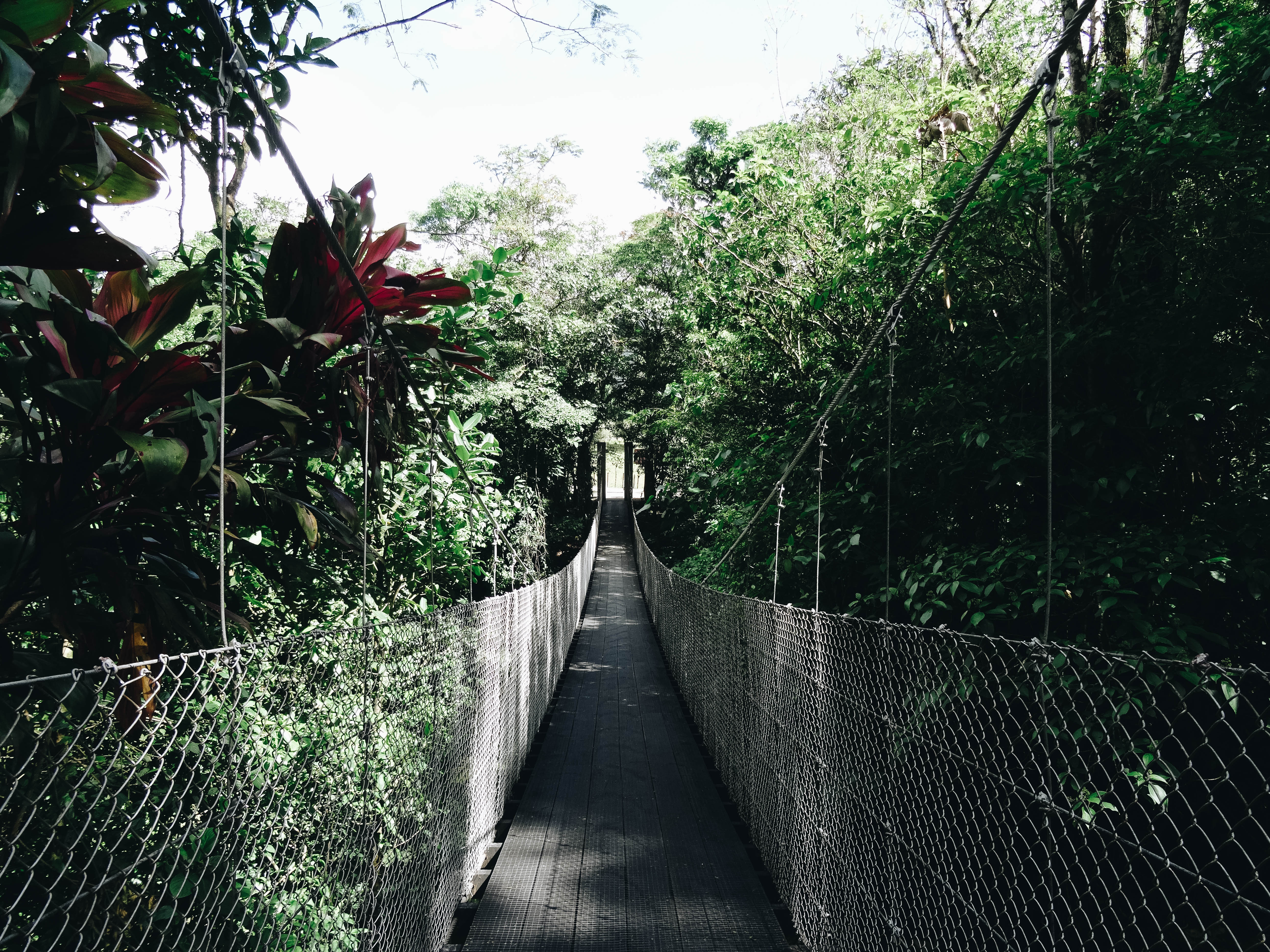 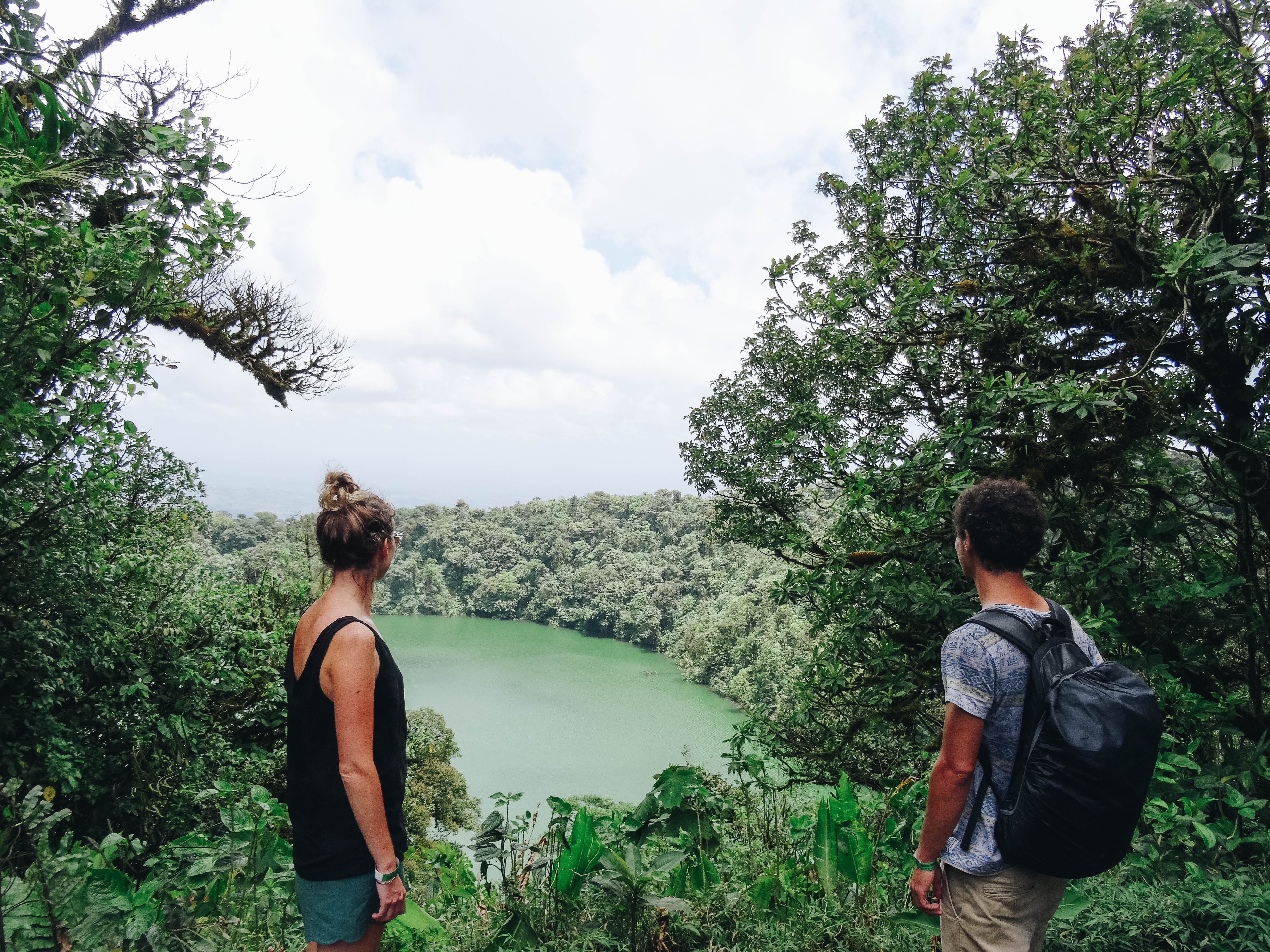 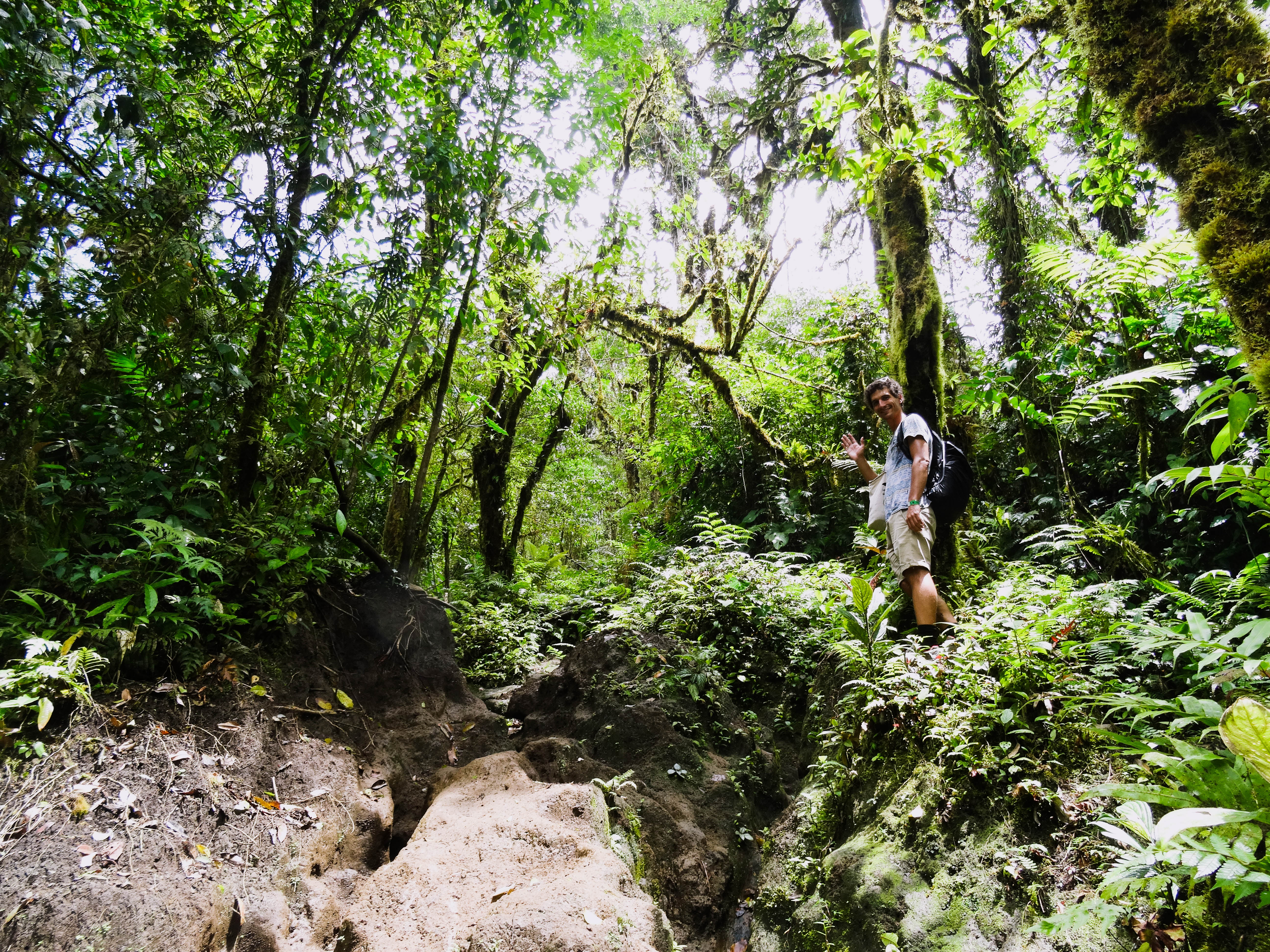 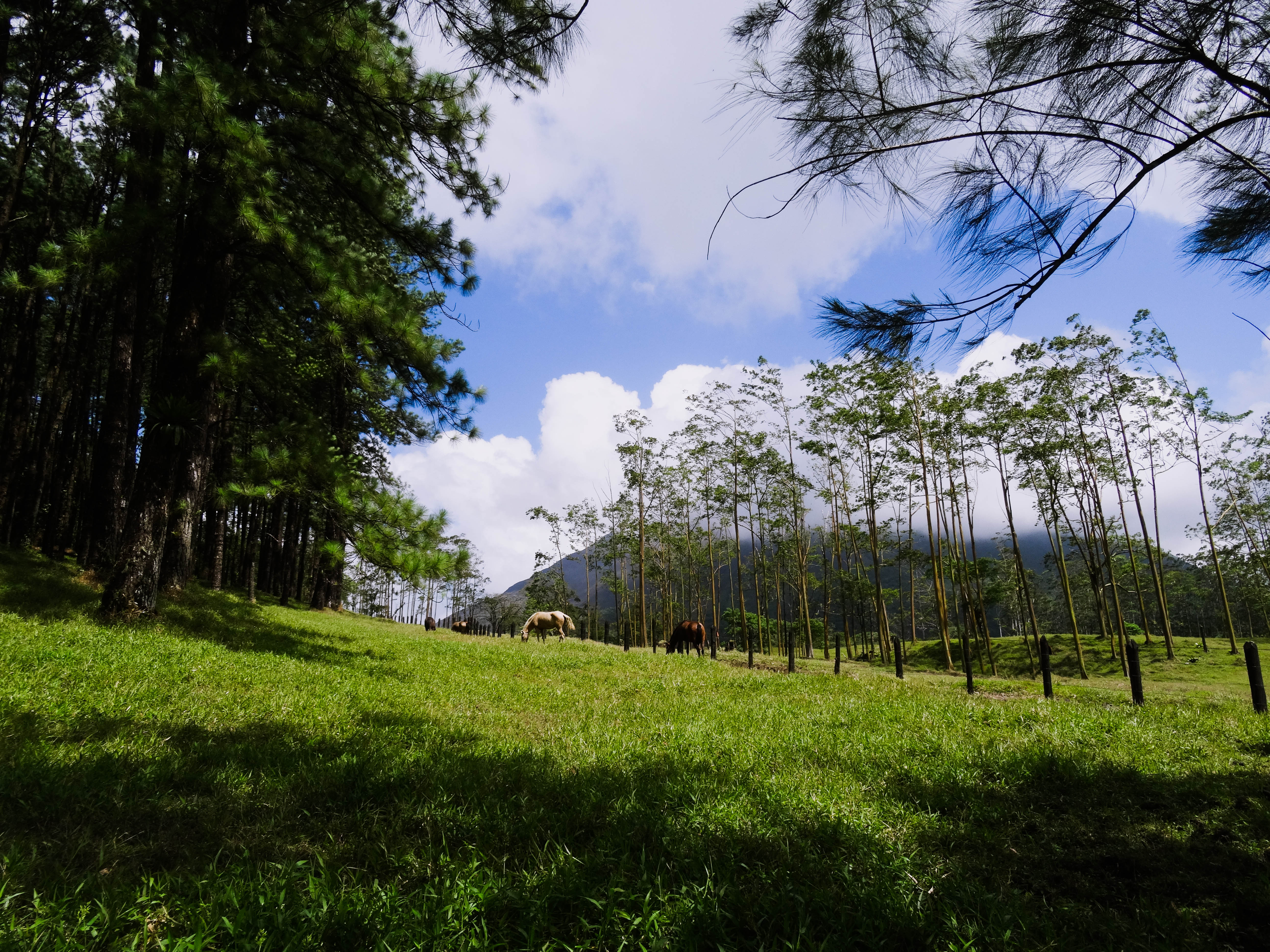