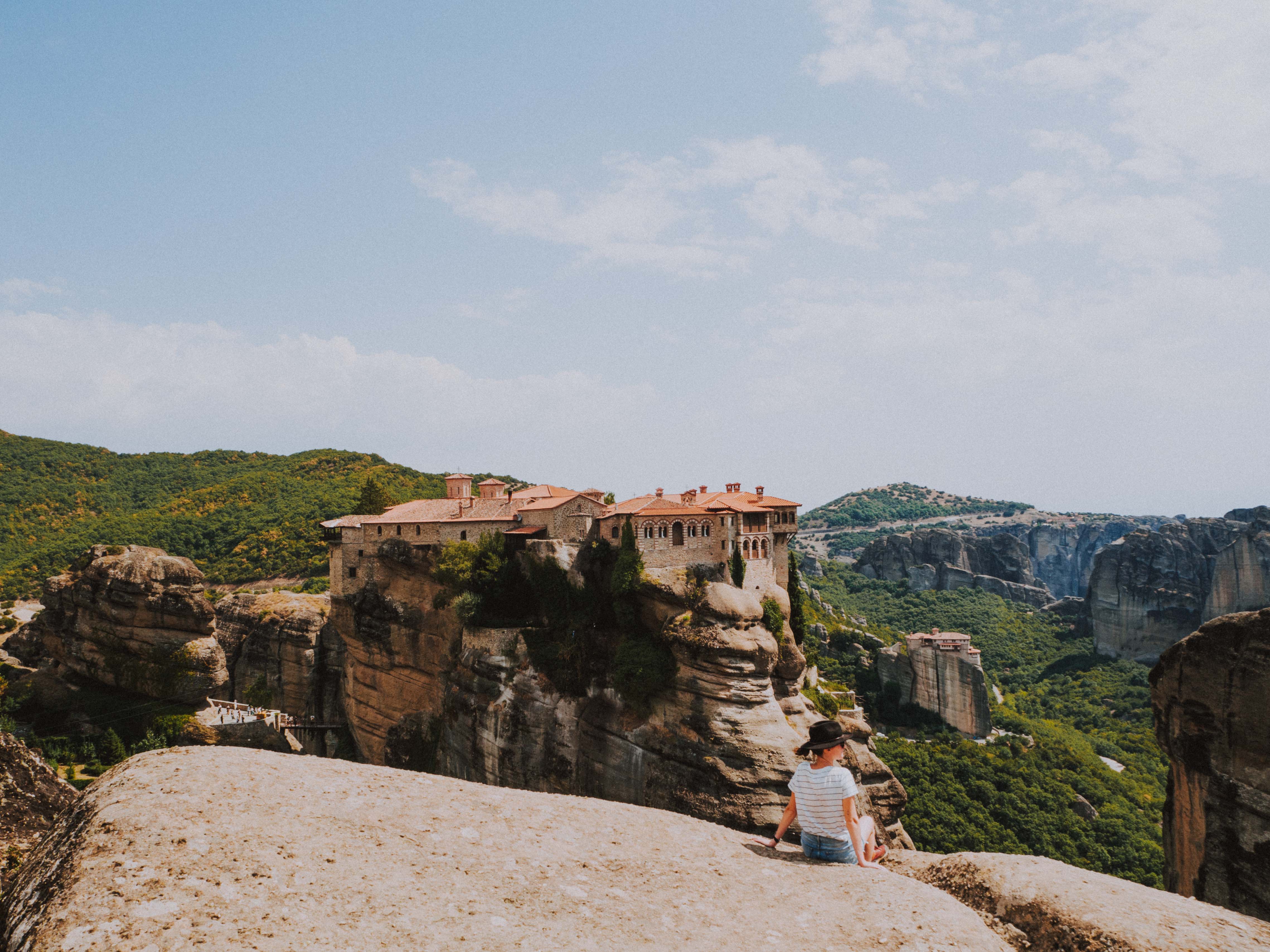 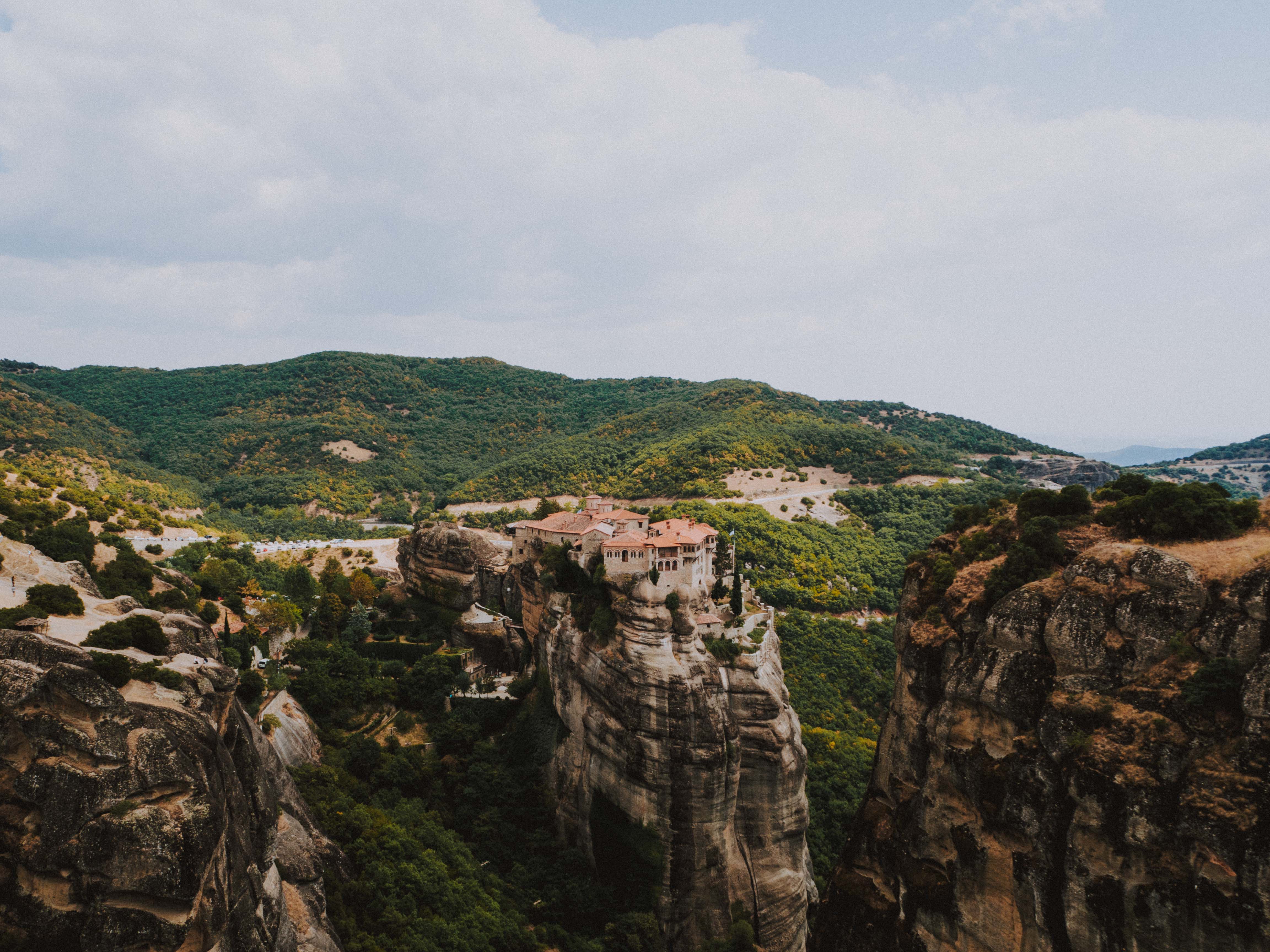 At the wheel of our rental car, we reach the small village of Elati 4 hours north of Athens. We are surprised to find many olive groves just outside Athens. Then four hours later, village lost in the mountain, among the pines, we arrive at the heart of rural Greece.

No need to go to the other side of the world to feel out of place, here no one speaks English and we have a hard time communicating (and Cedric is not really strong in mimes, do not take him in your team to play Time's up!)

From our small balcony we have a clear view of the valley and the small mountain villages with red roofs.

After many crazy bends we discover Pertouli and Neraidochori, their mini Orthodox churches and always these typical red roofs. In winter, you can ski there! We do not really find the atmosphere of mountain villages but we can easily imagining having a small moussaka or many mezze (like Spanish tapas) aubergines, zucchini and dessert a good batlava after a day of skiing.

The summits are calling us and we will start two hikes to reach Mount Neraida and another day the summit Astrapi. End of the spoiler: we quickly gave up because of the heat (the good excuse;)). Both beginnings of hiking are still pleasant with views of the valley and the mountains.

For hiking, we will still go to the Meteora, these rocky peaks carved by erosion, coming out of nowhere, in a green valley, whose name means "perched in the air or suspended in the sky".

At their peak, about twenty orthodox monasteries were built in the 14th and 15th century. Perched so close to God (and to protect themselves from possible attacks), the monks set up a system of levers and pulleys to get supplies (and get there!). If the monasteries remind us of the churches of Tigray in Ethiopia so difficult to access, the rocky peaks immediately make us think of Sugar Loaf in Brazil.

We will only get into the biggest one that bears the name of Megalo (very modest monks!)

Inside, magnificent frescoes adorn the walls as well as many tapestries and chandeliers. The atmosphere is mystical.

# car rental from Athens at 11 euros a day at Centauro.

# to get to Meteora, many tolls for a total of about 20 euros. On the way back, we followed the Greeks and avoided the highways;)

# Accommodation: We spent 5 nights at Theodorou Guesthouse in Elati. Superb room and cottage. 40 euros a night.

# Meteoras: If we saw most of the monasteries from the road, we visited only one, the largest and apparently more beautiful. Great Meteor or Megalo Meteor. 3 euros per person.

# From Elati or Pertouli, the hikes are rather easy but the heat is hard to bear!

# Very good tavern in Pertouli on the main road.

# the road between Elati and Neraidochori is beautiful, on the cliff side, unobstructed views of the valley and the peaks! 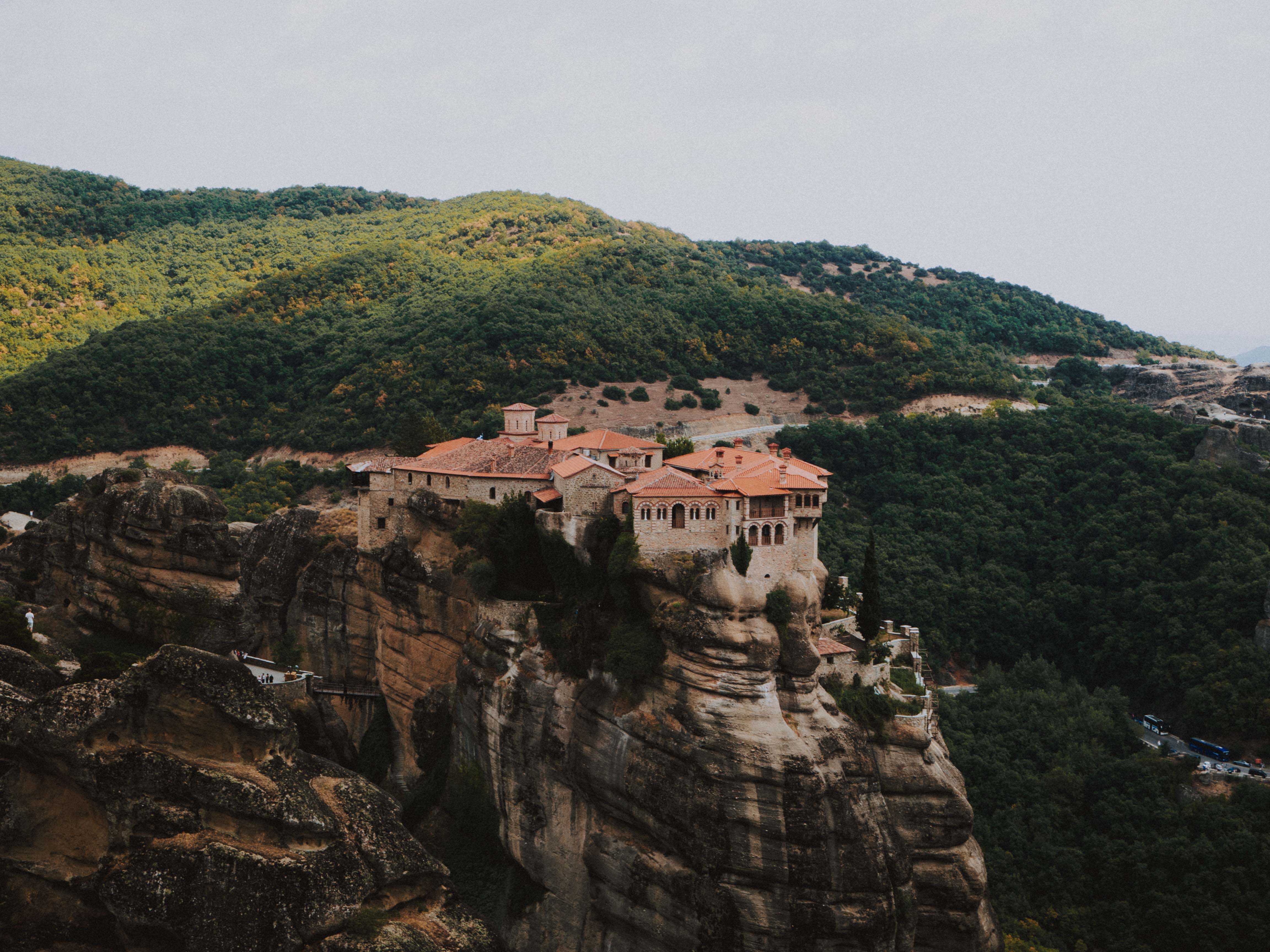 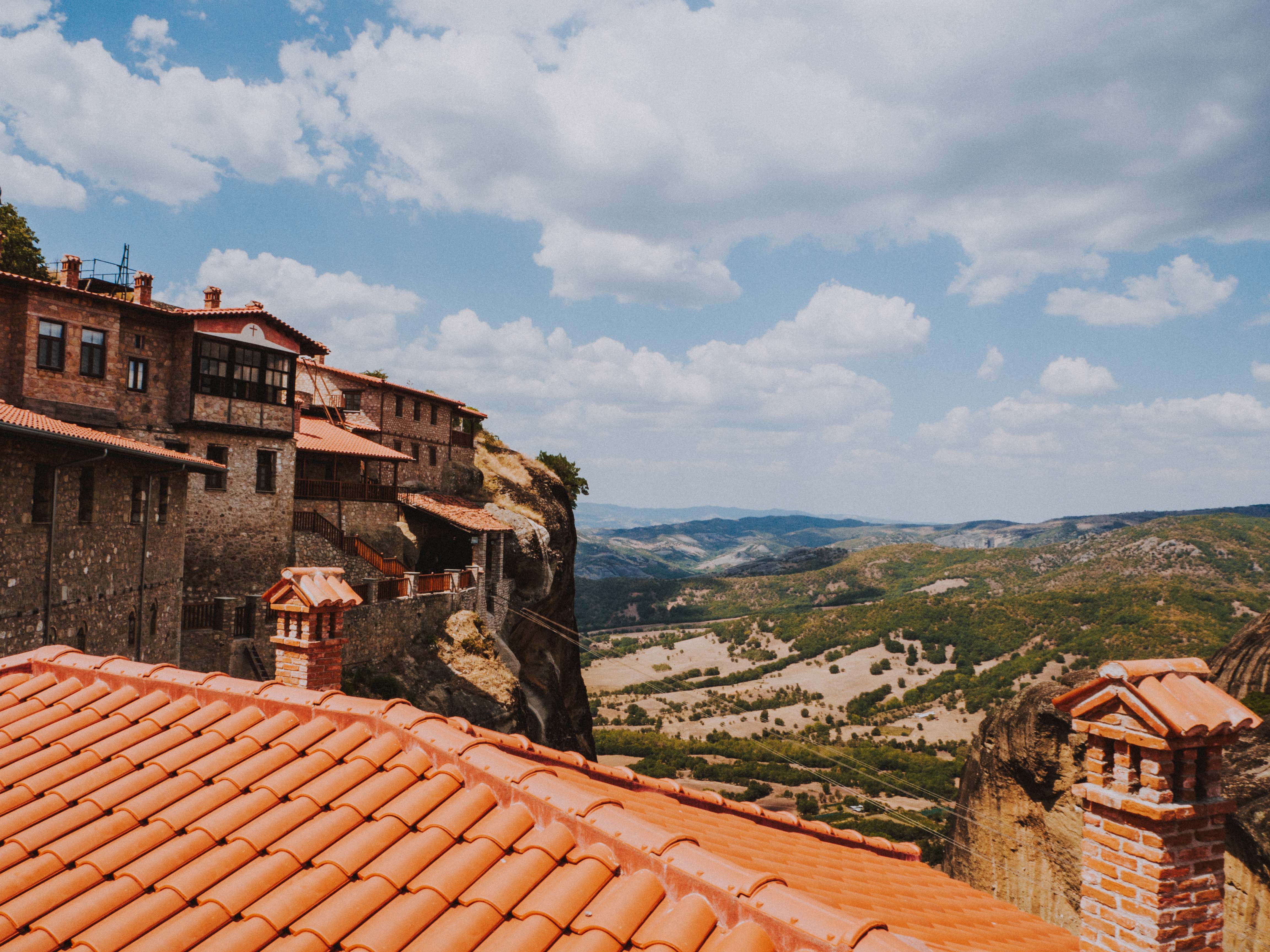 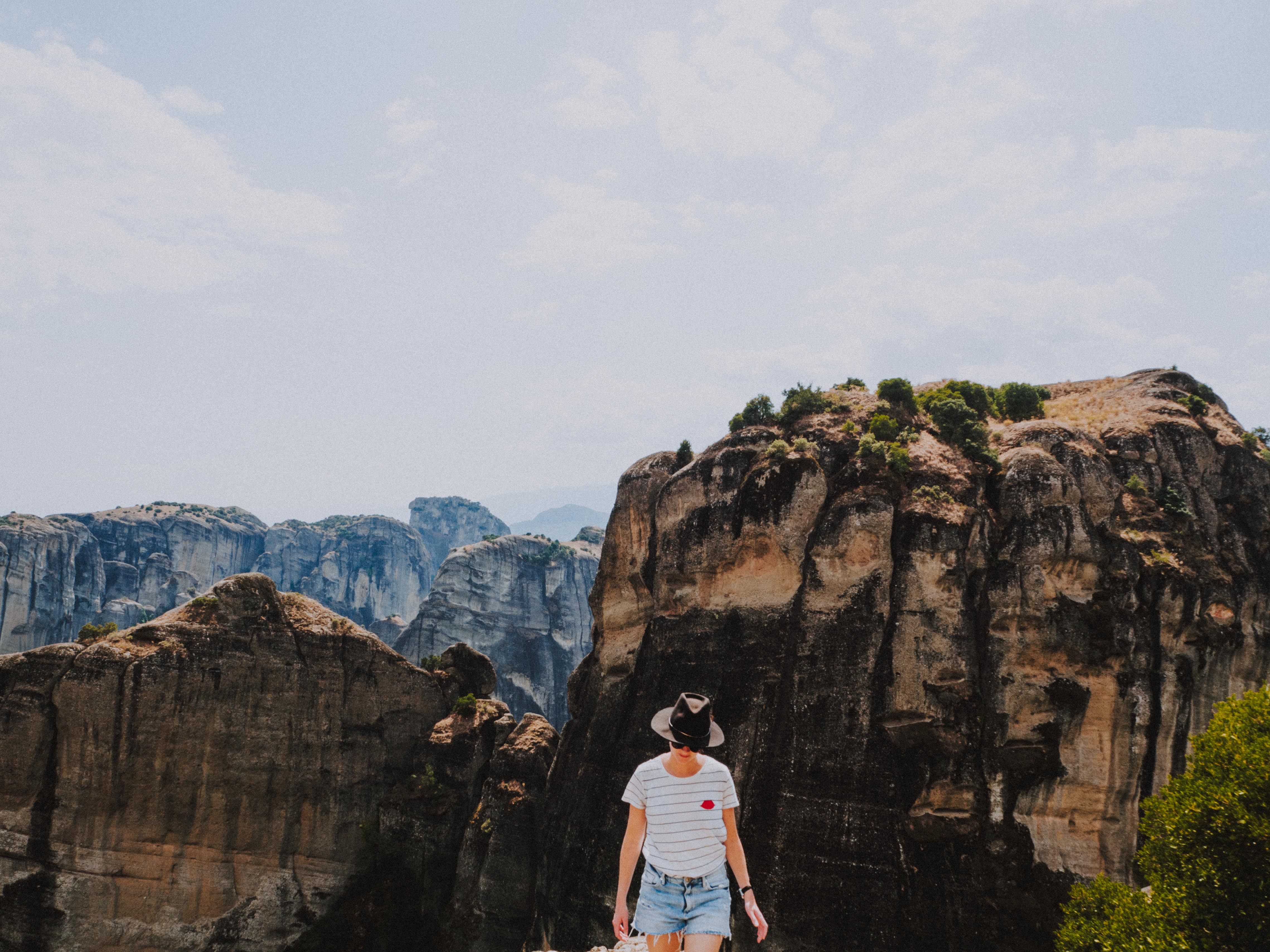 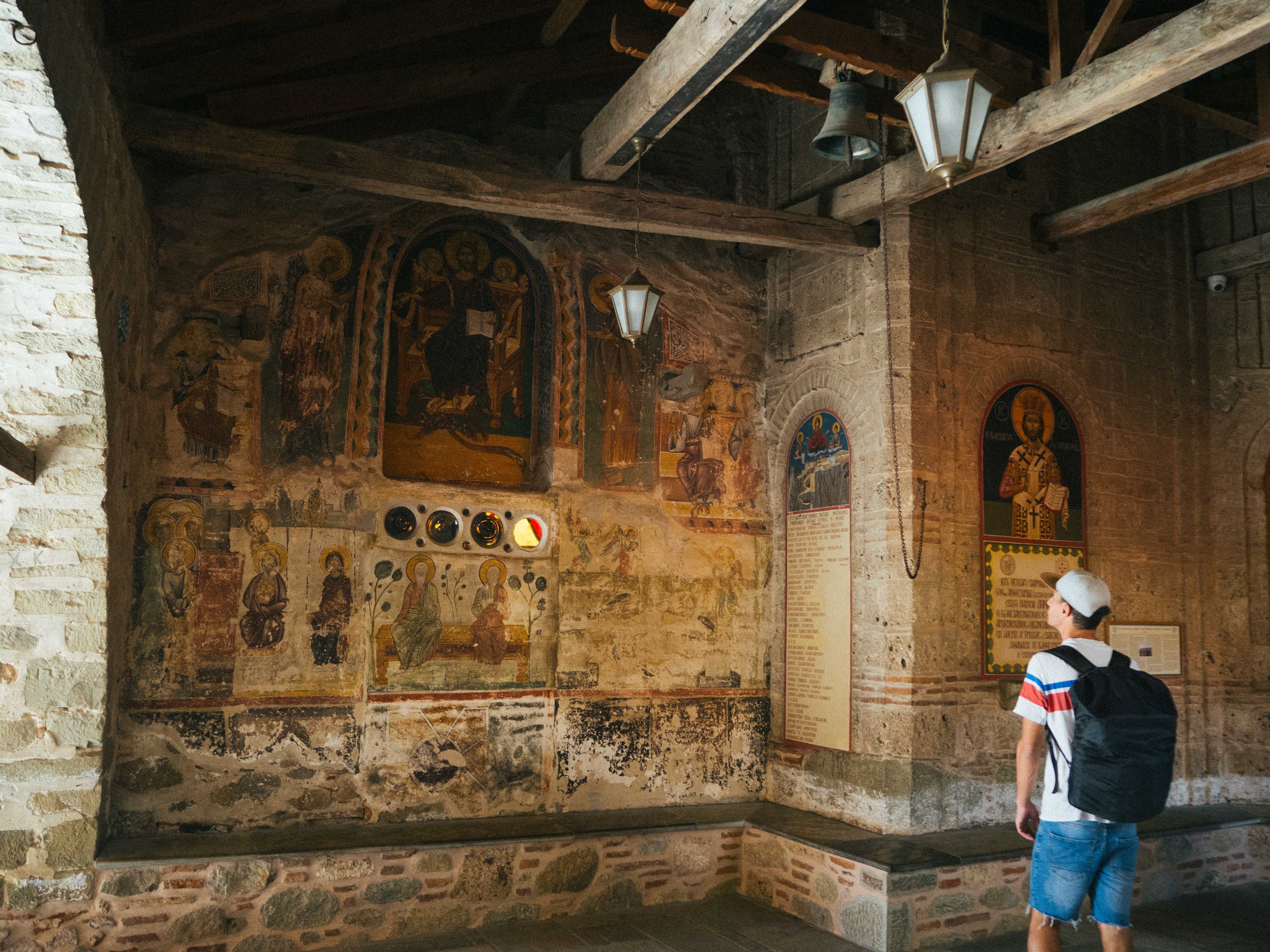 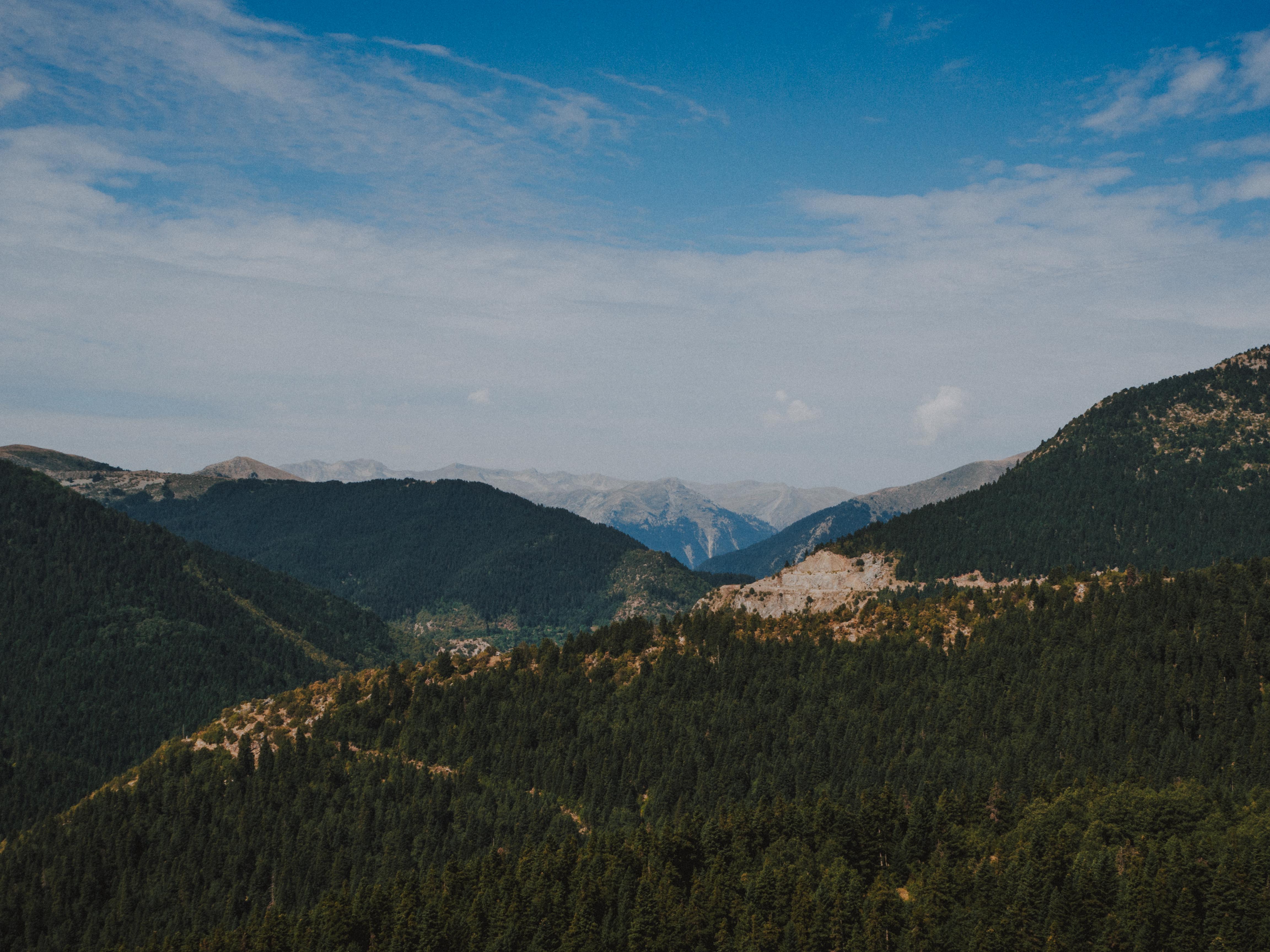 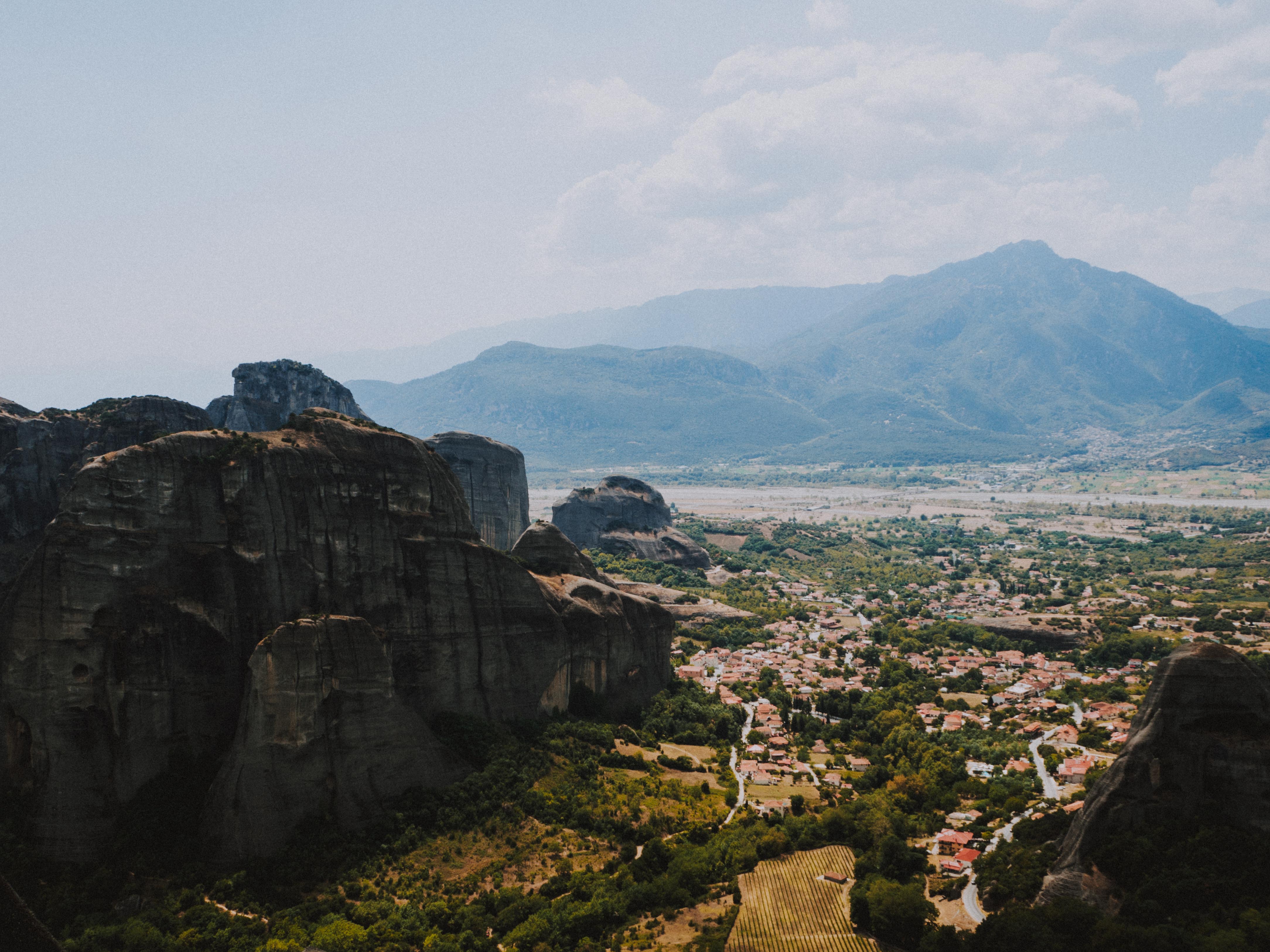 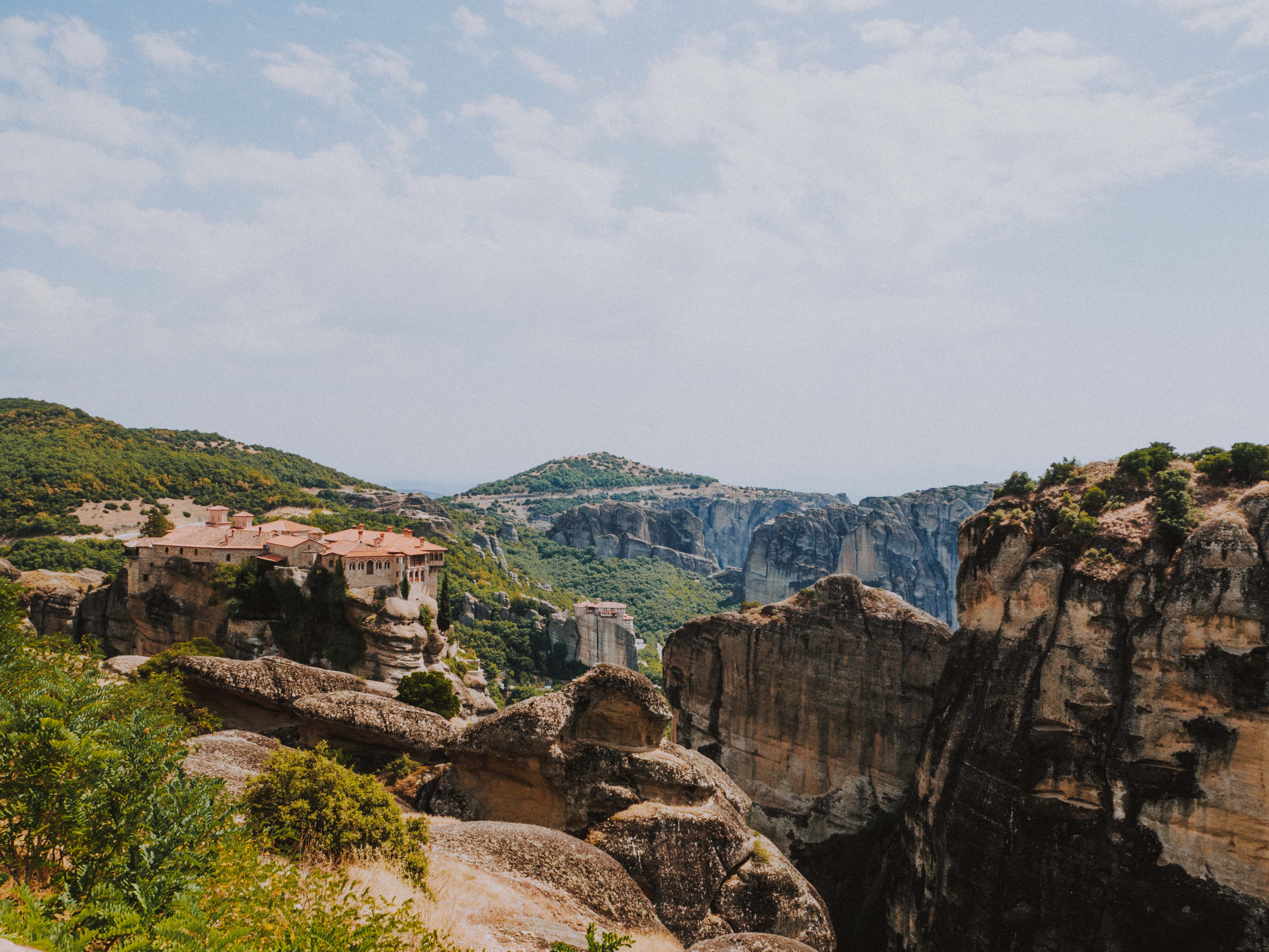 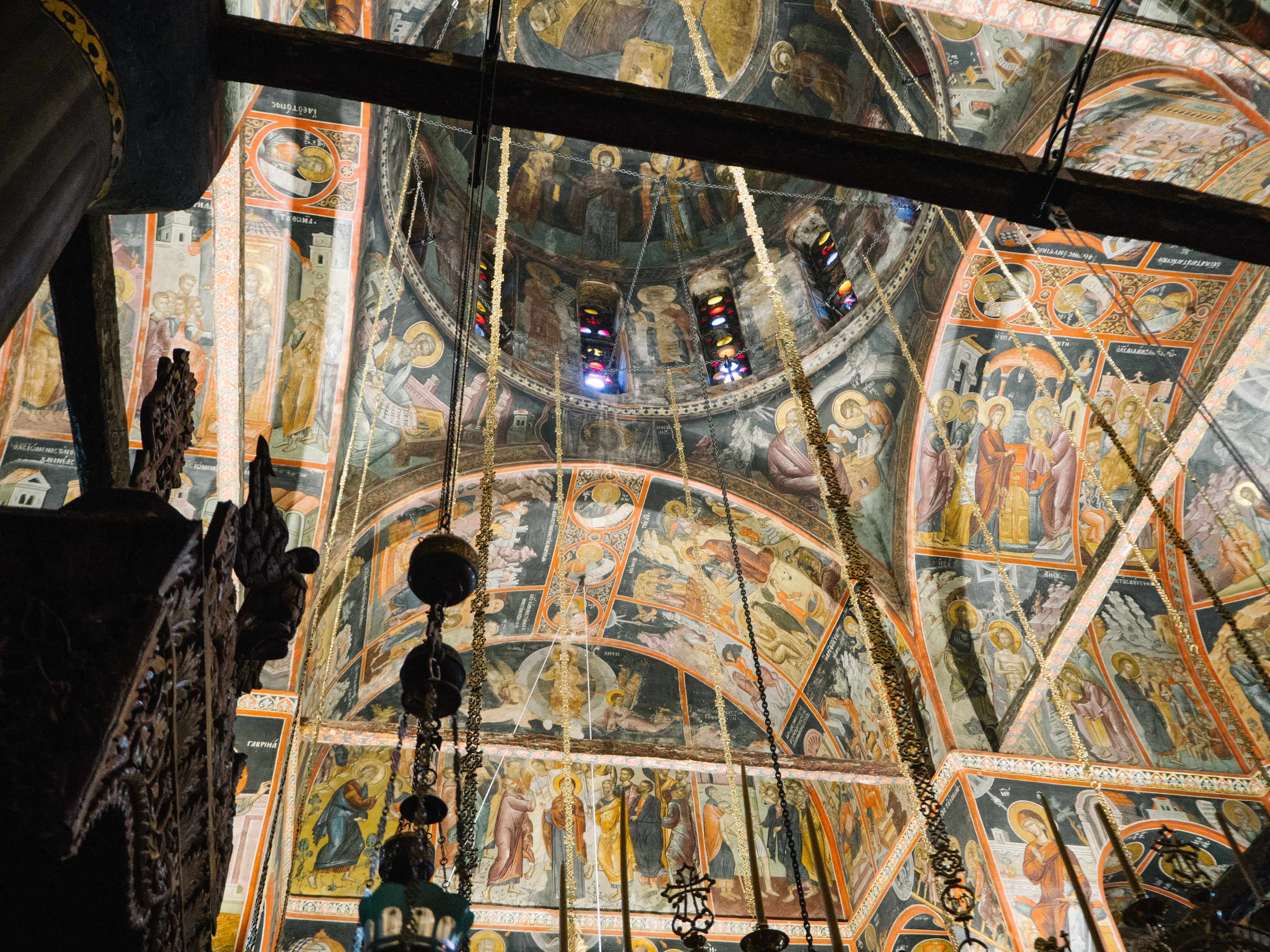 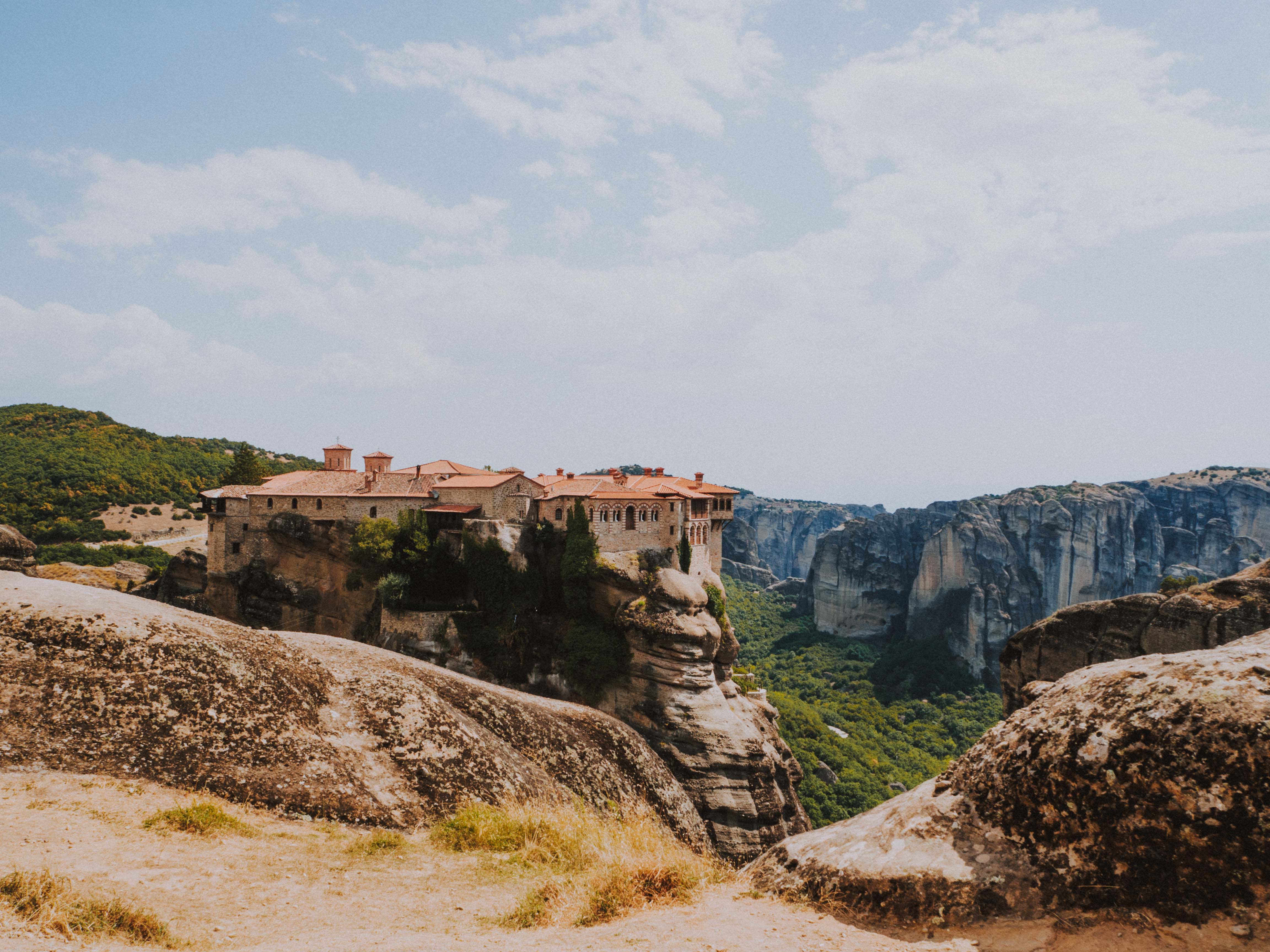 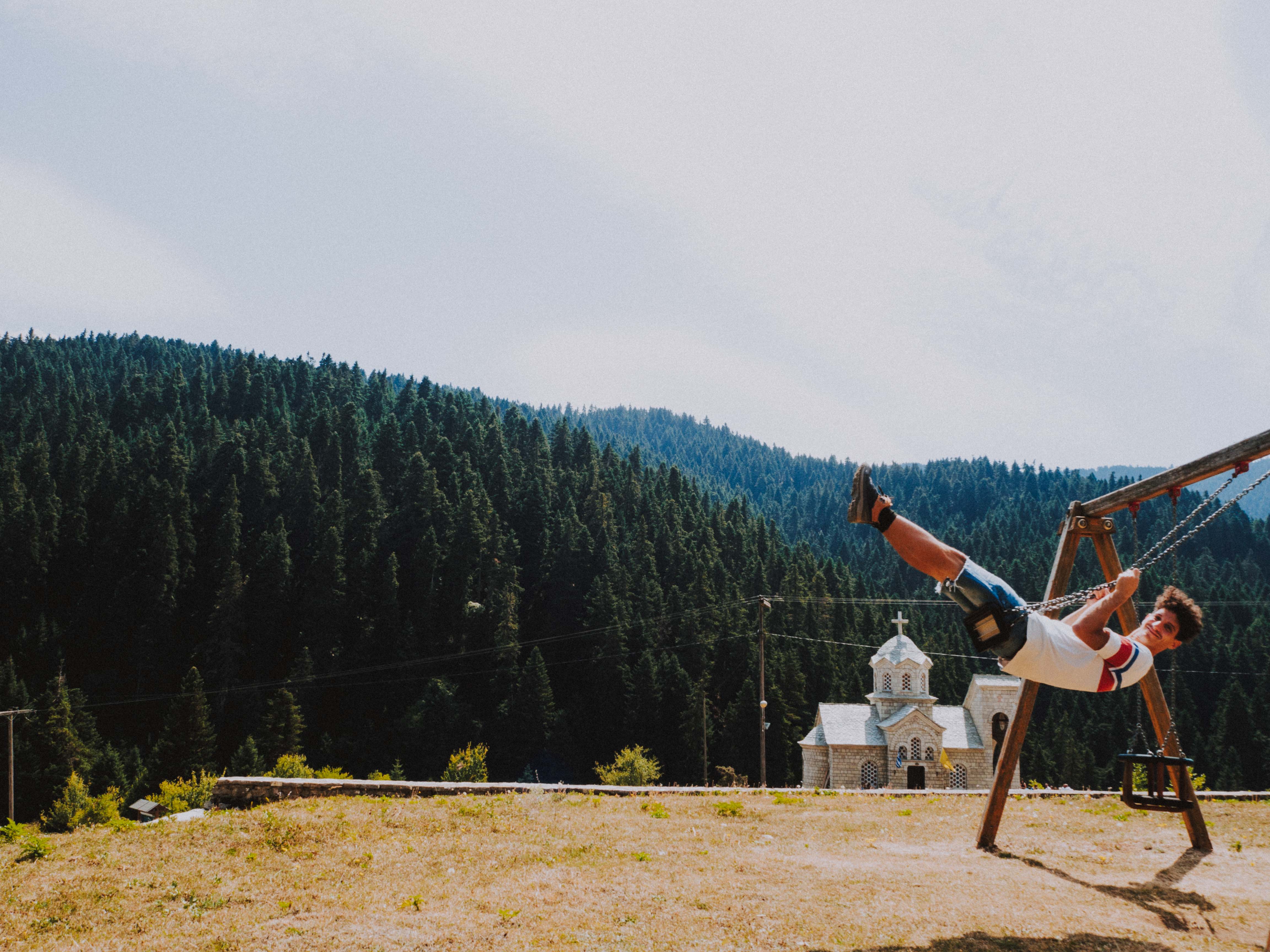 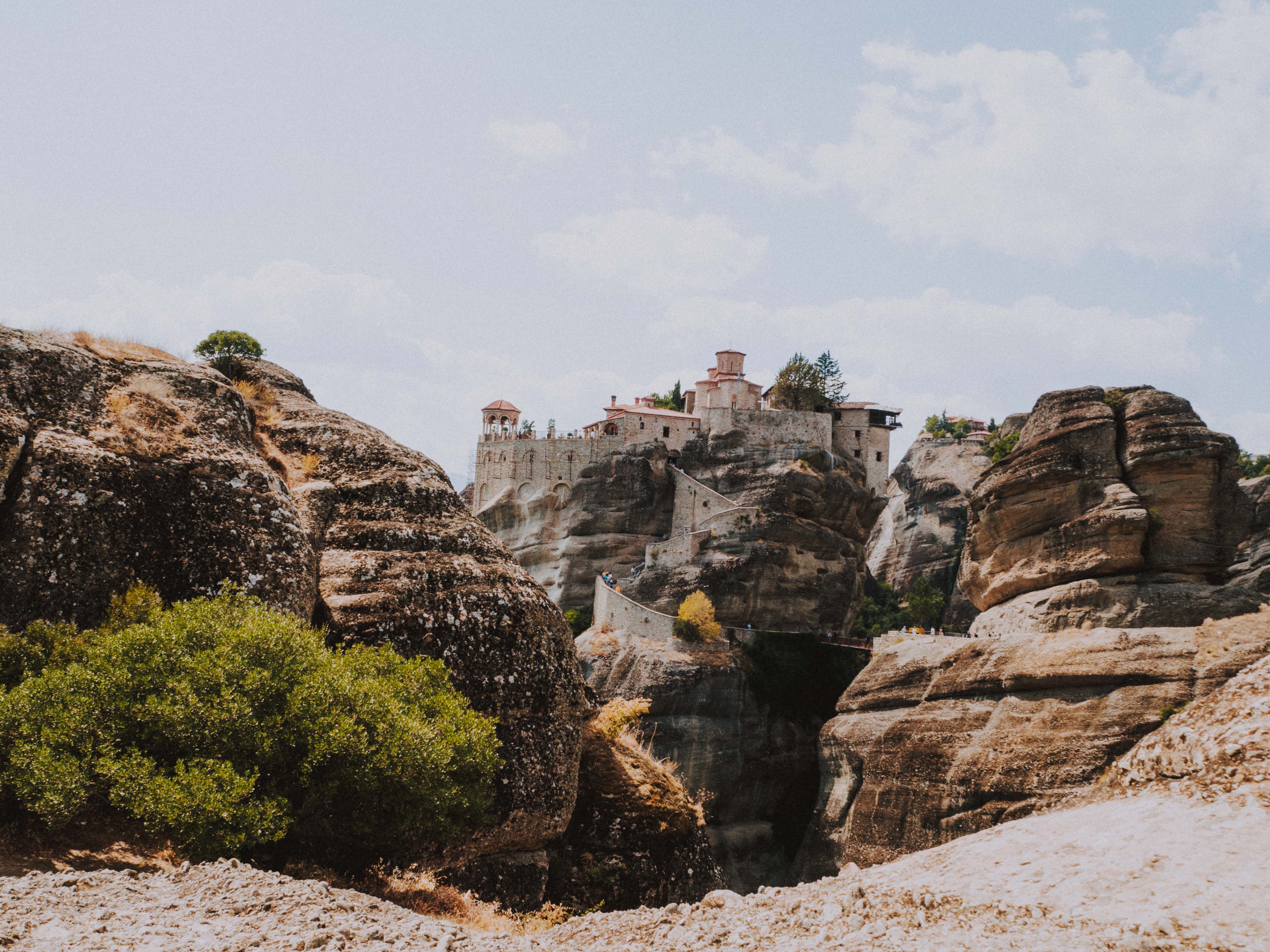 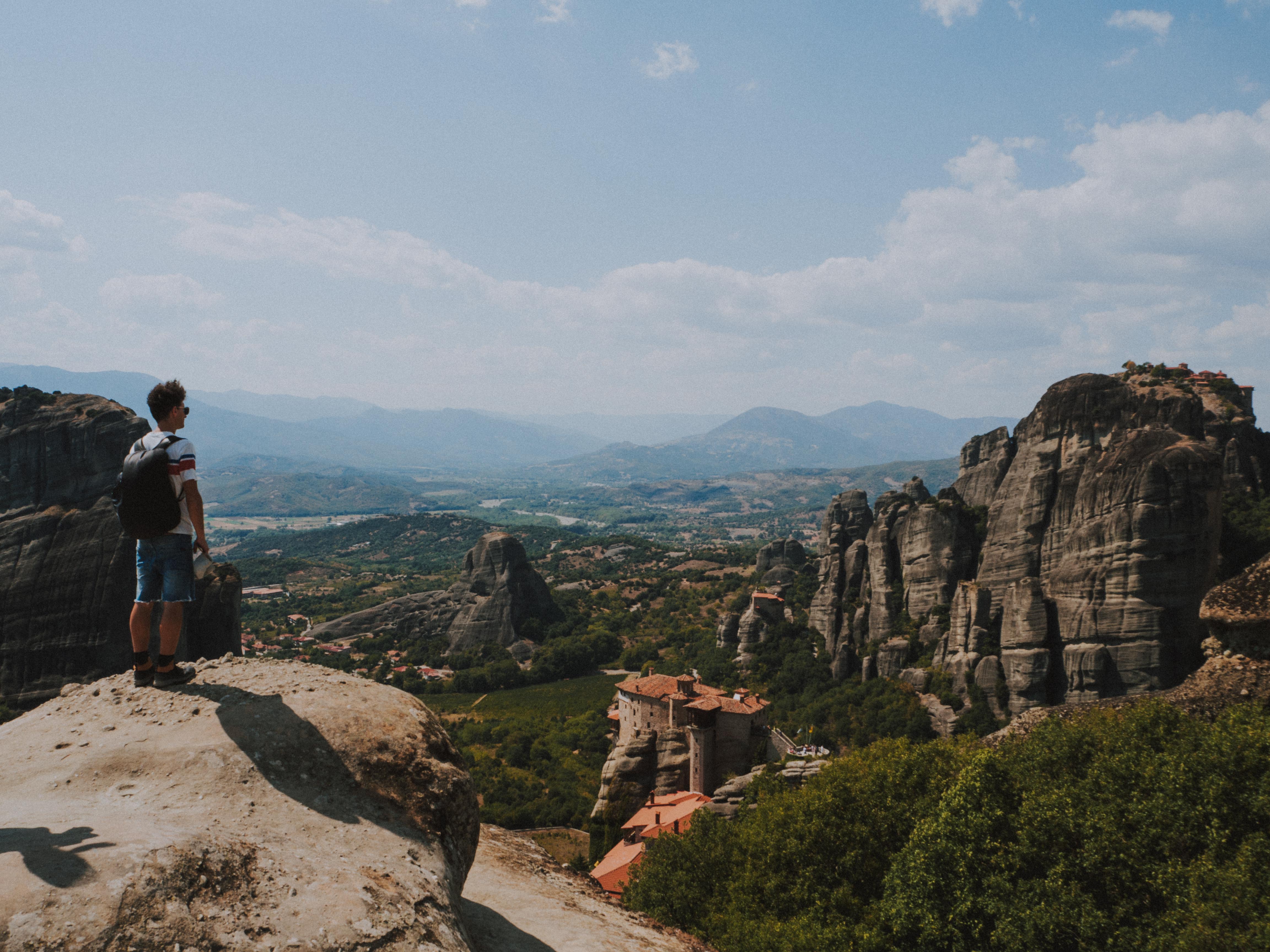 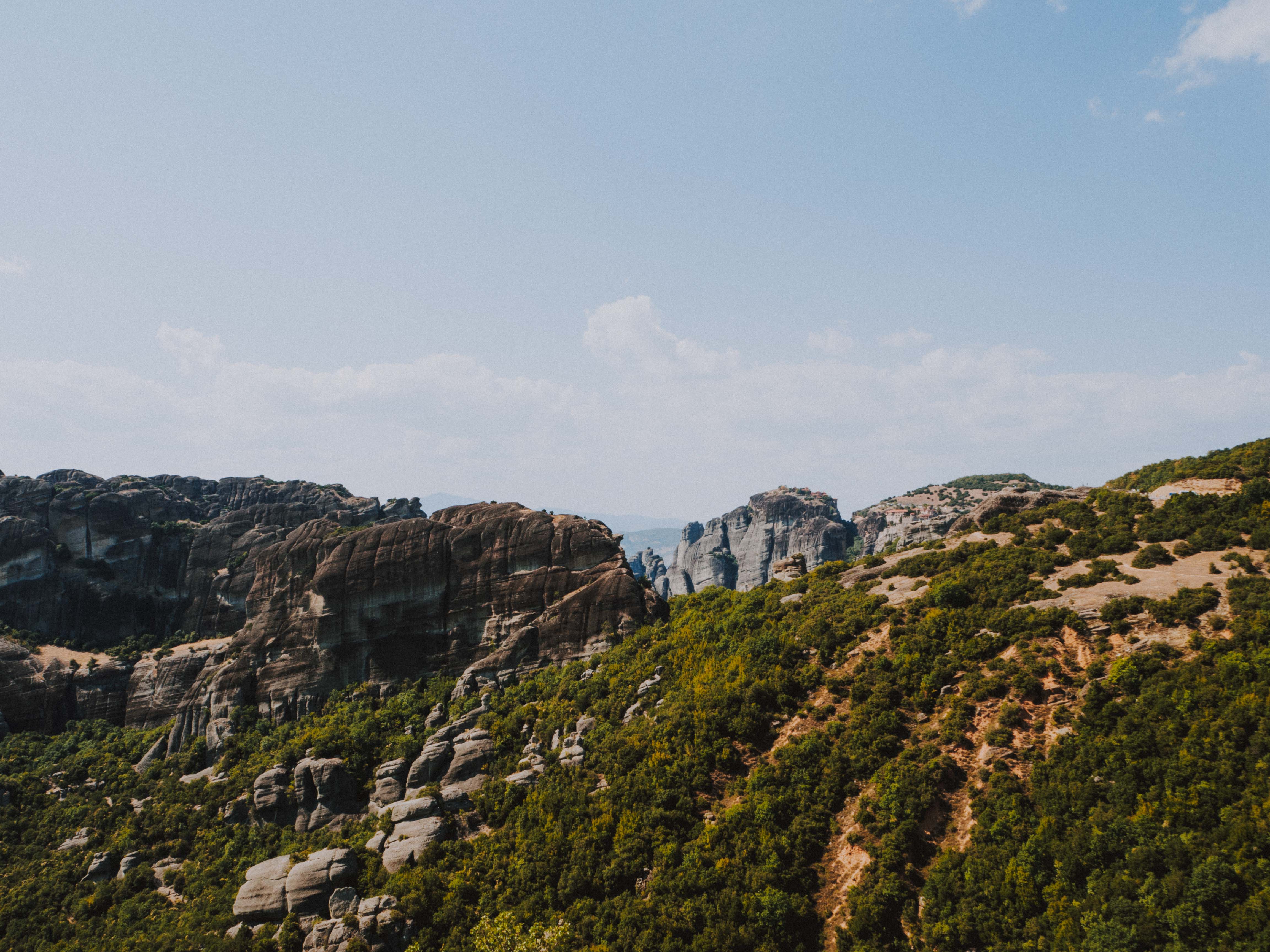 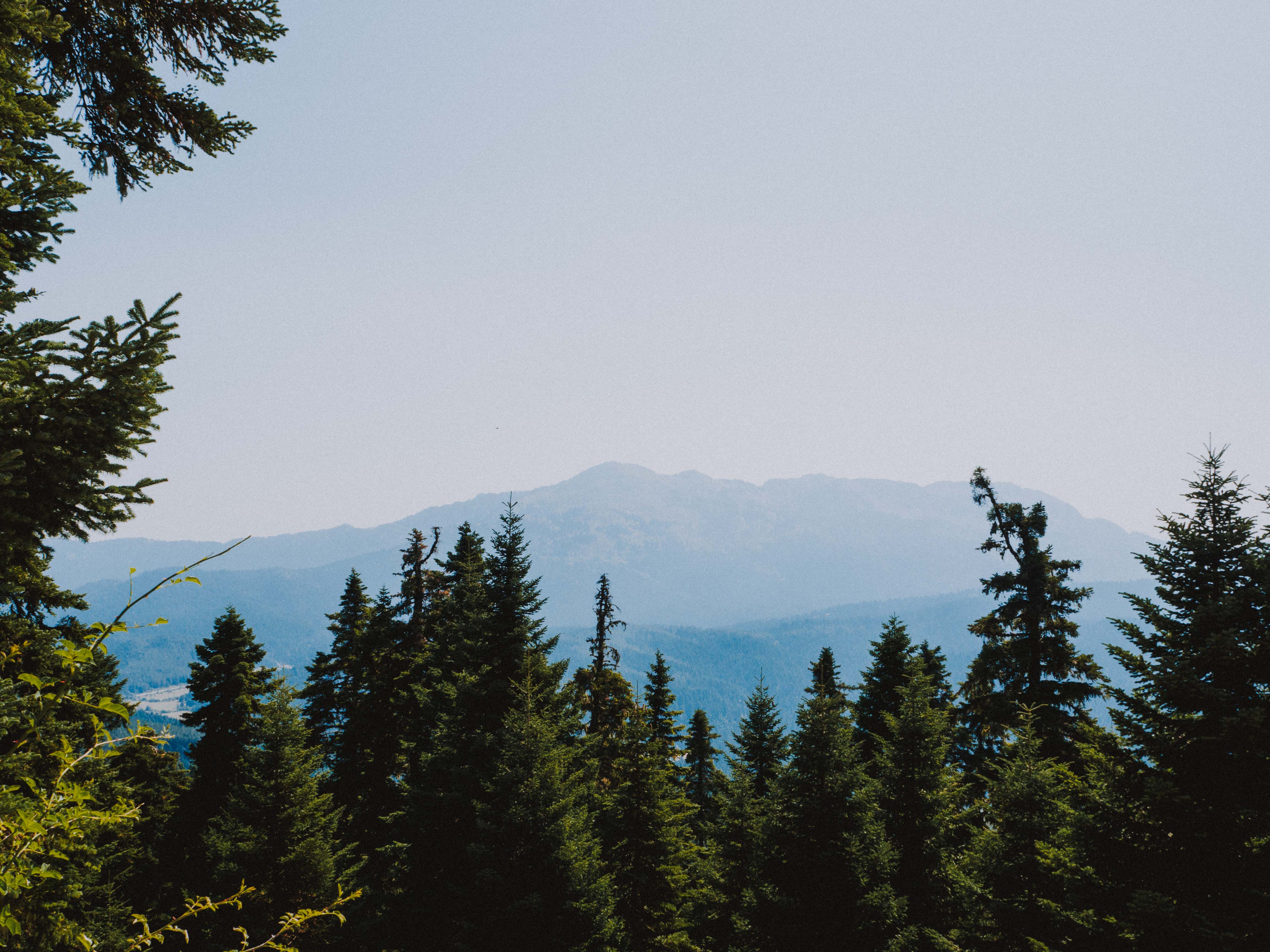 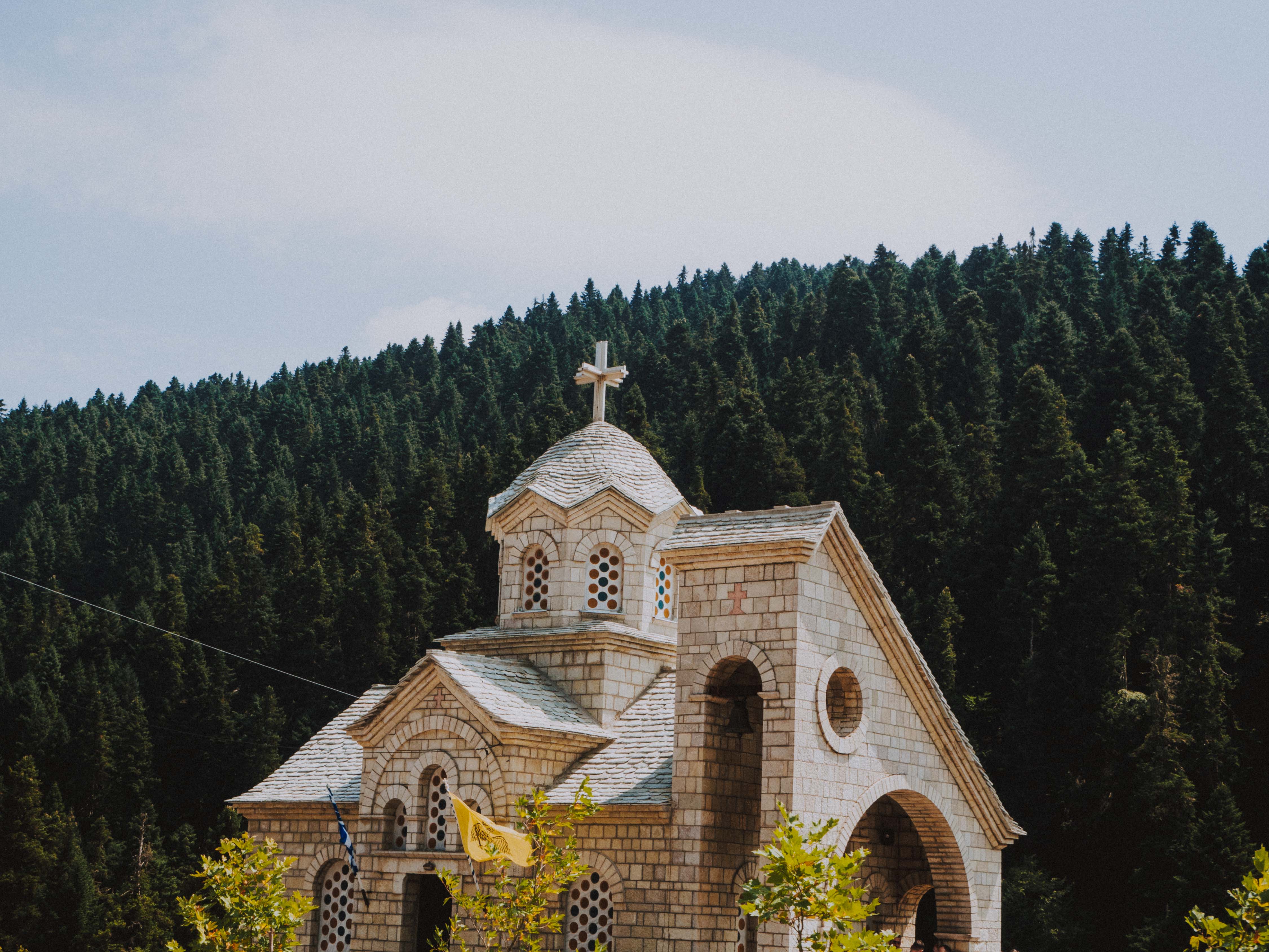 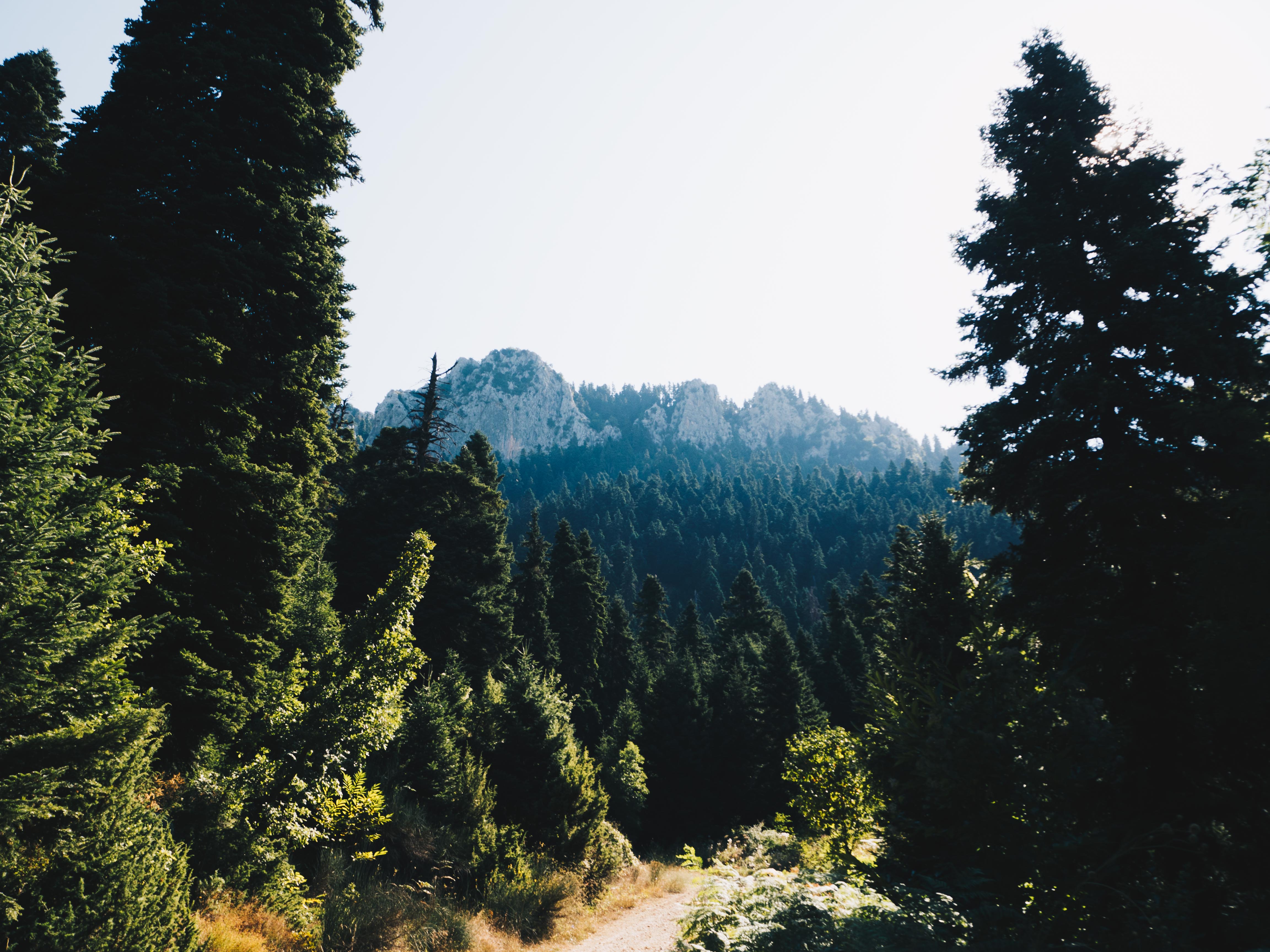 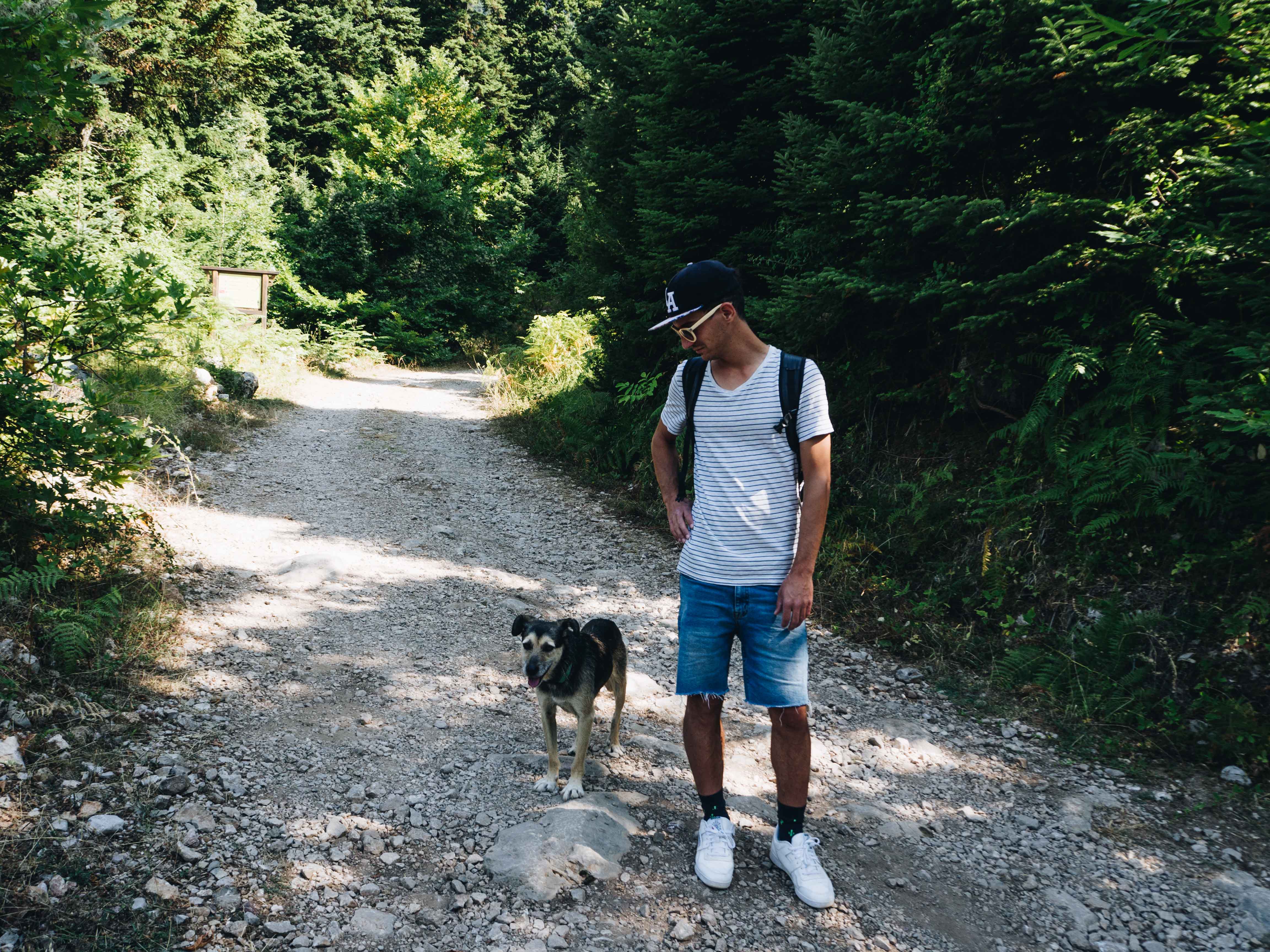 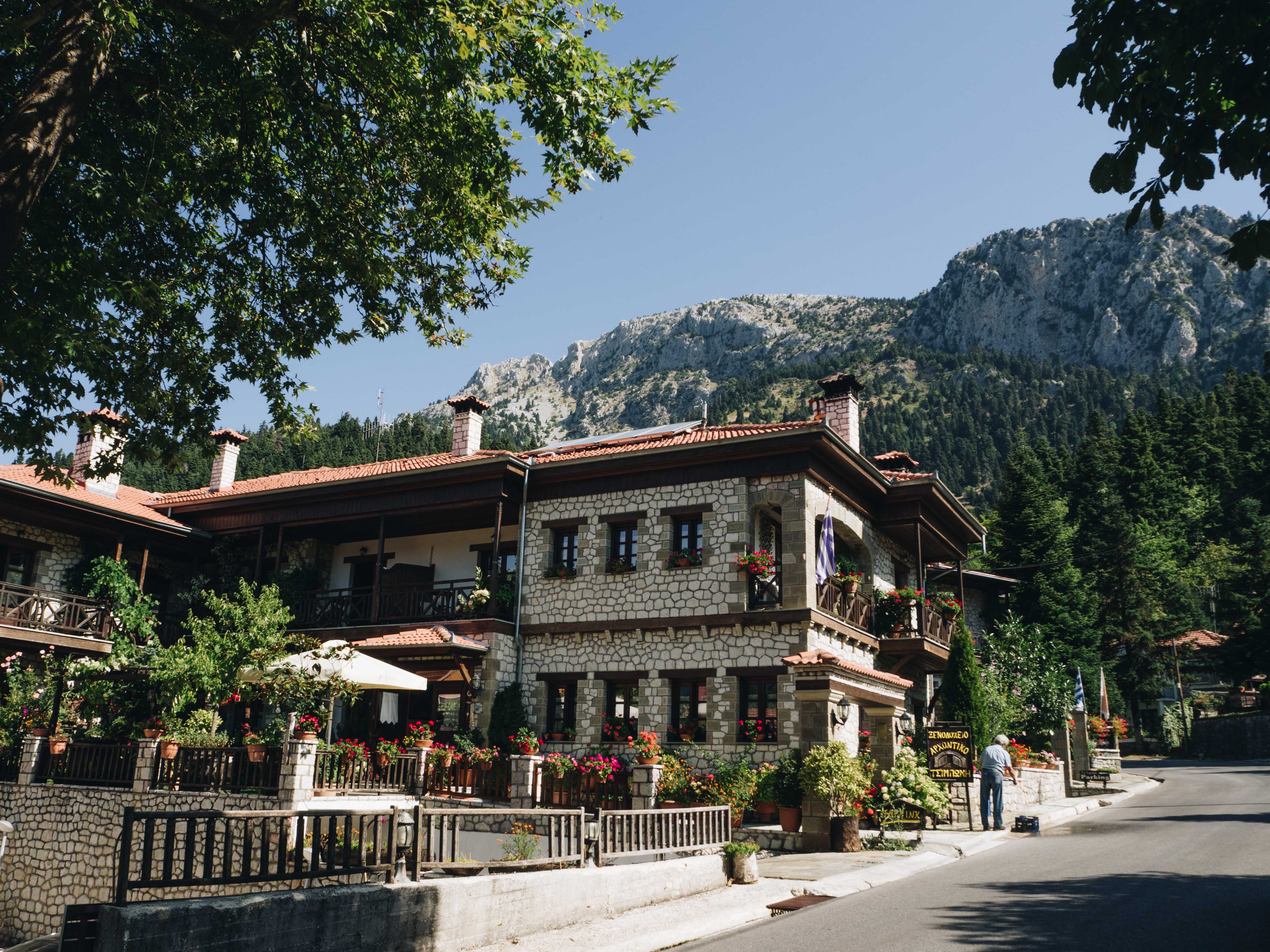 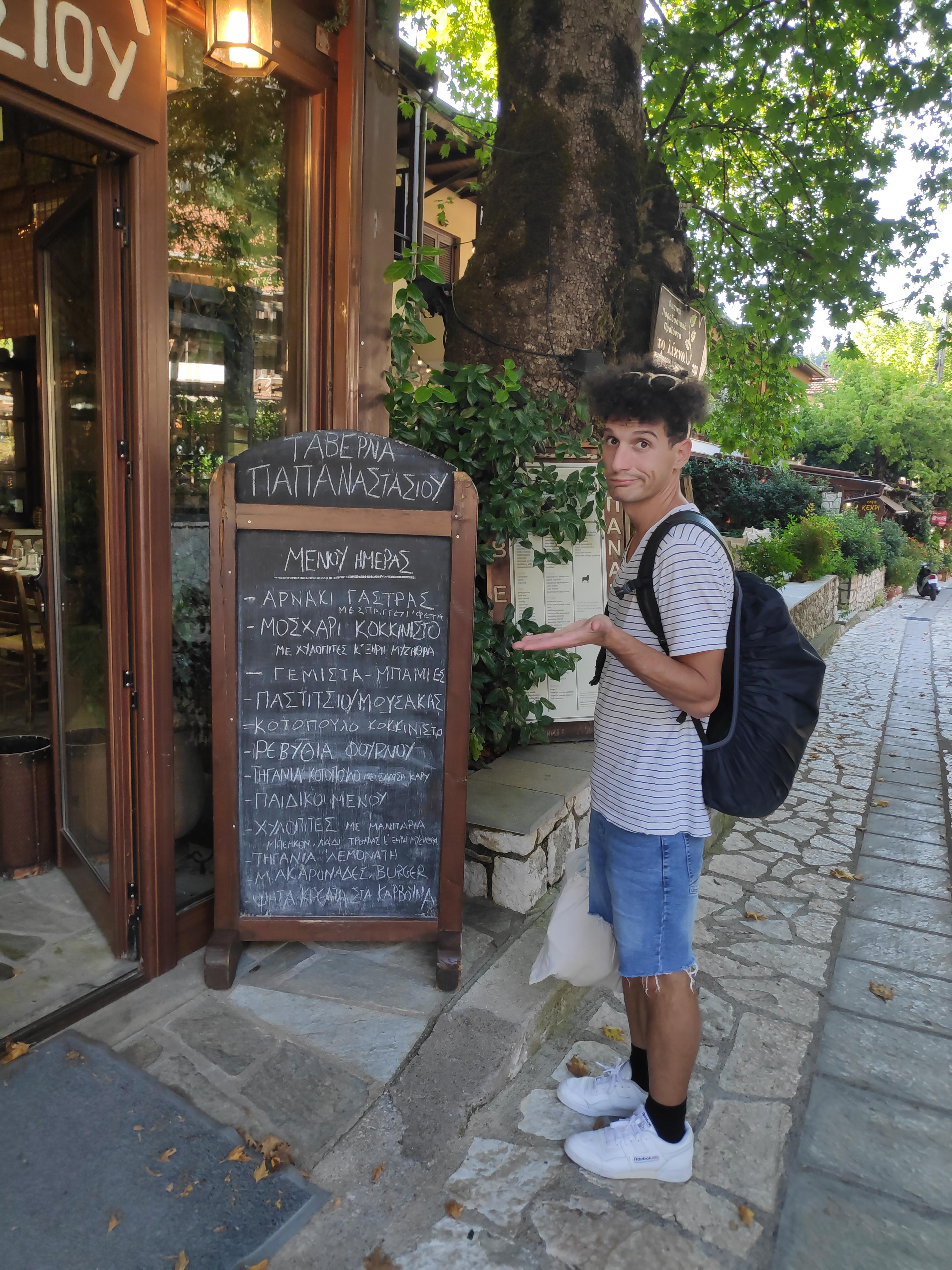 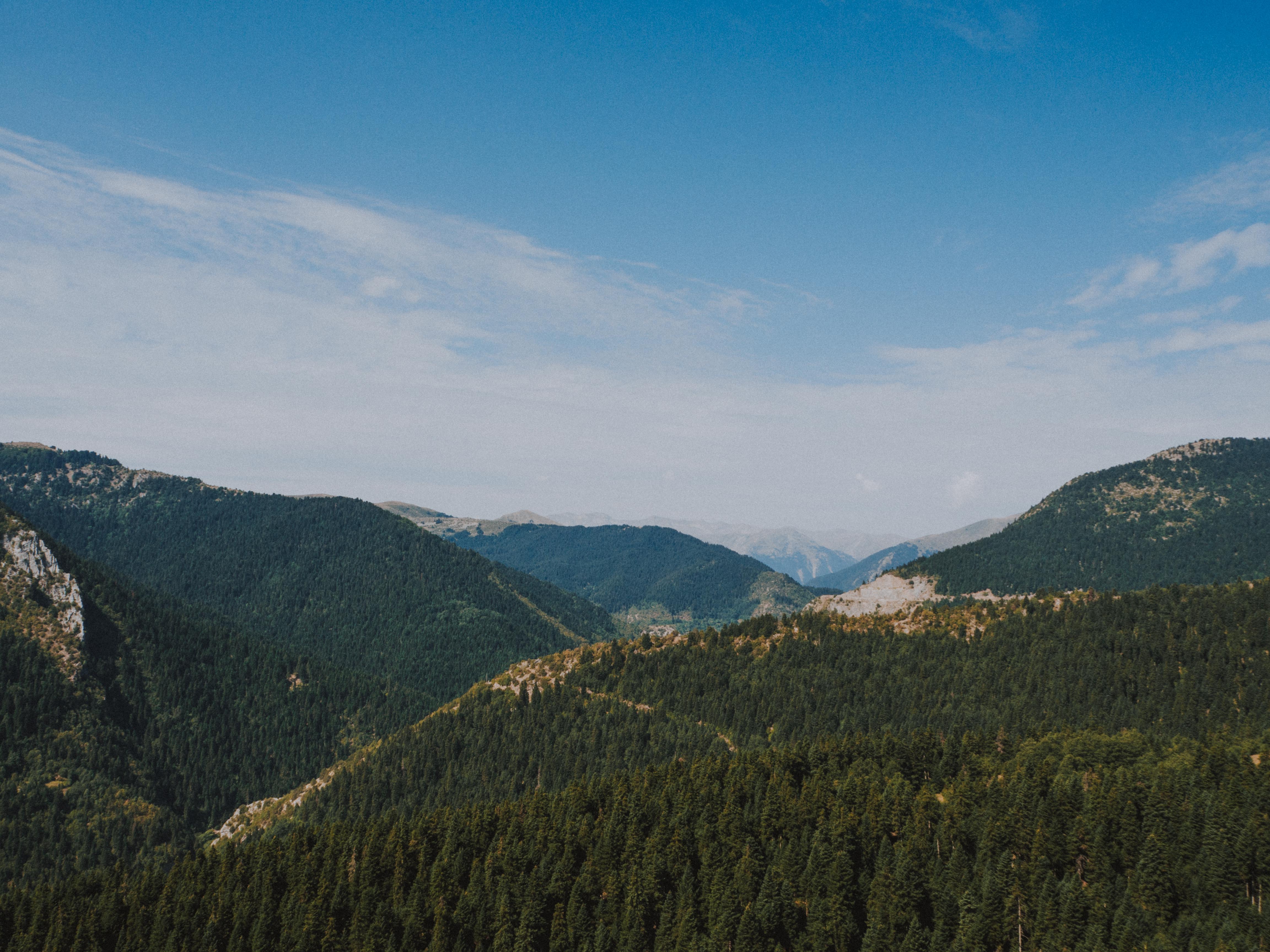 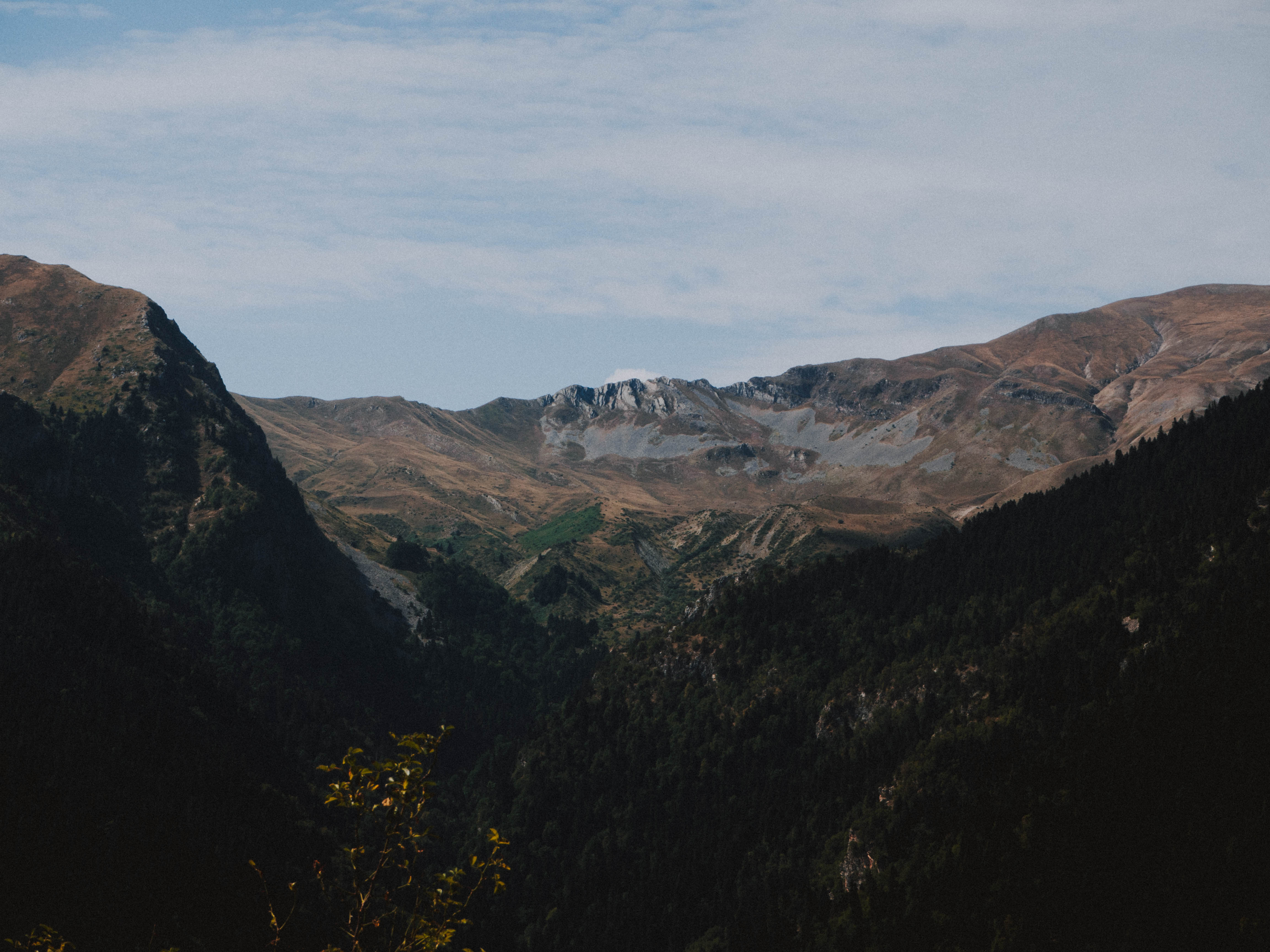 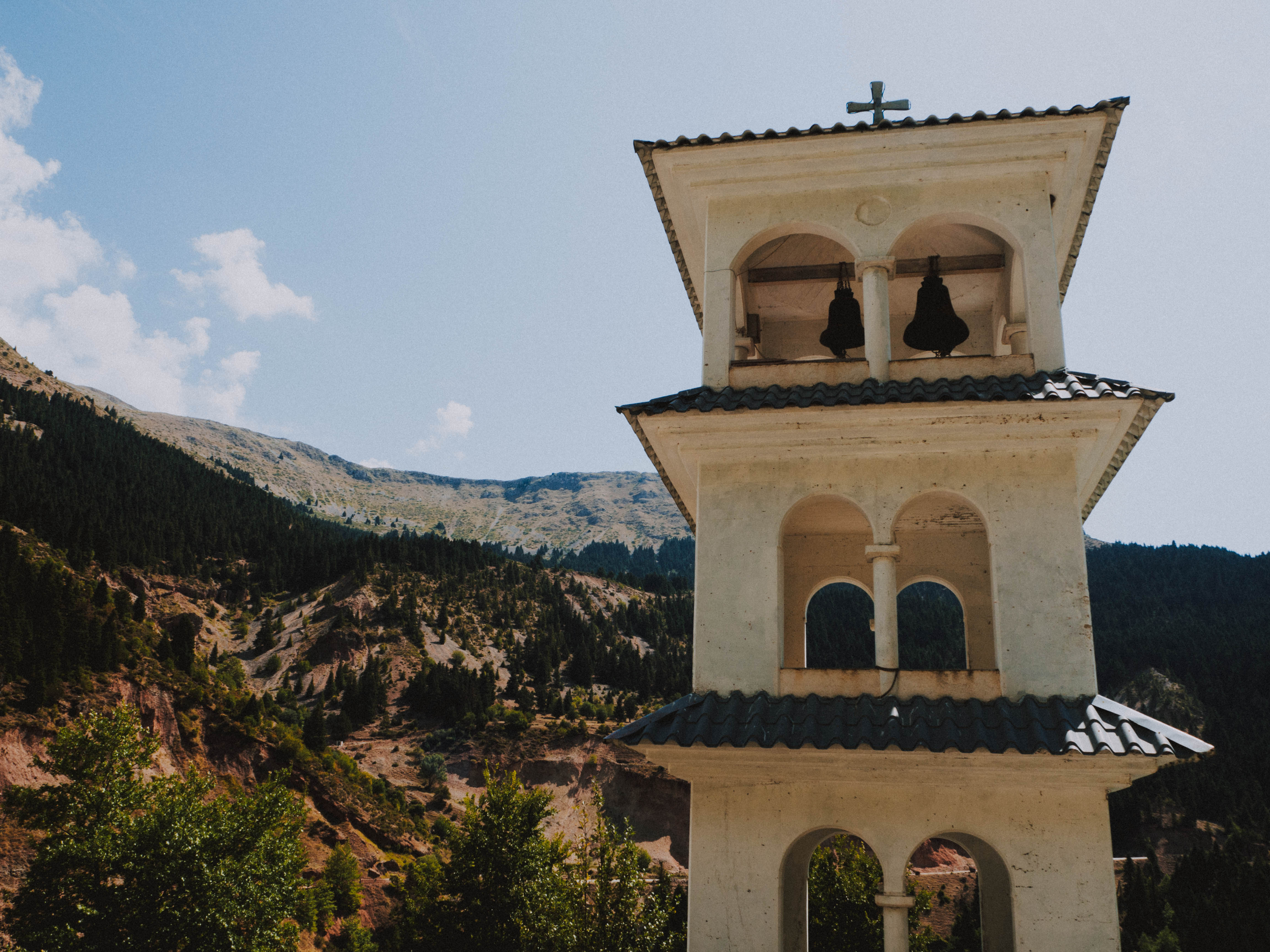