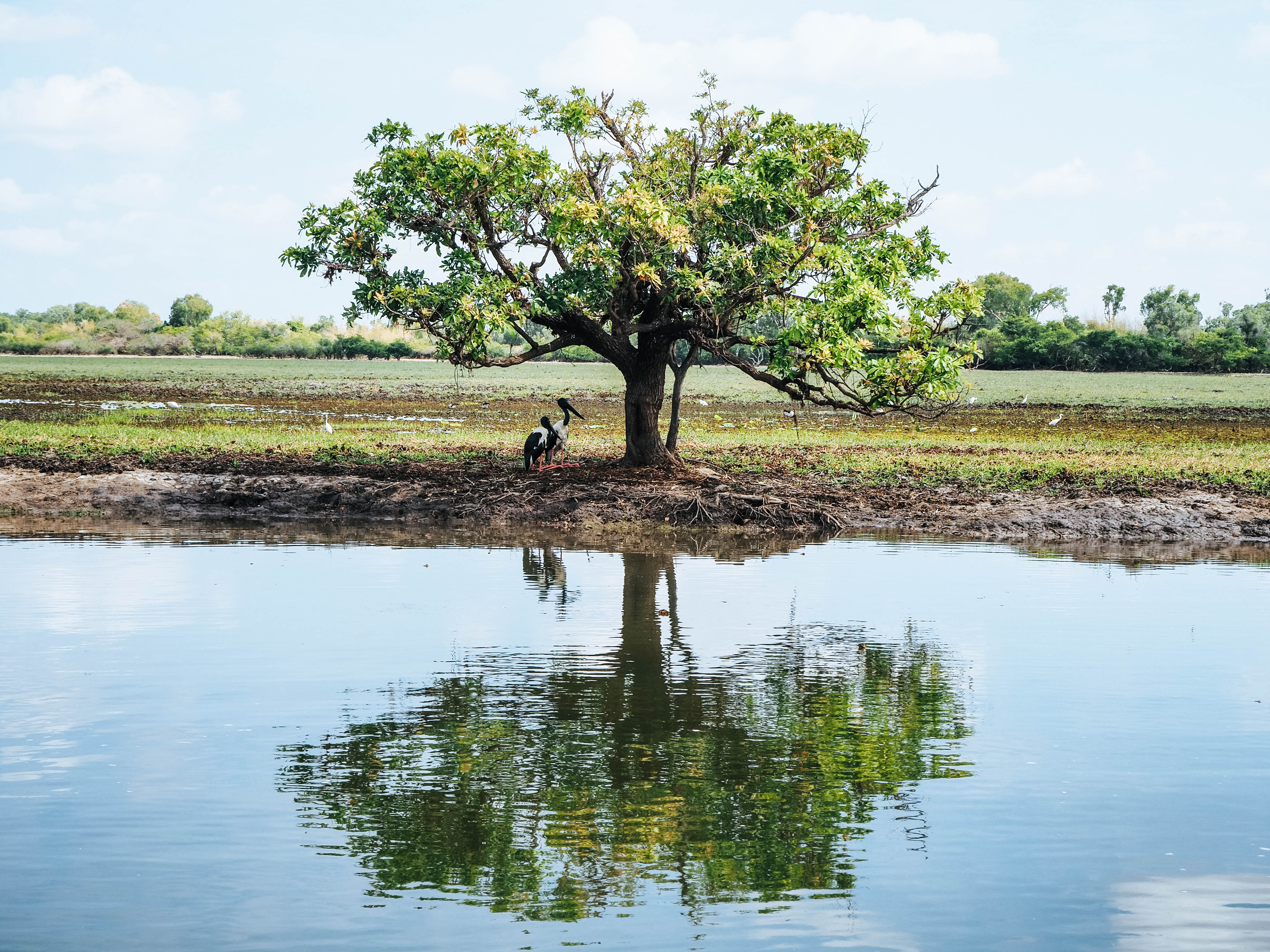 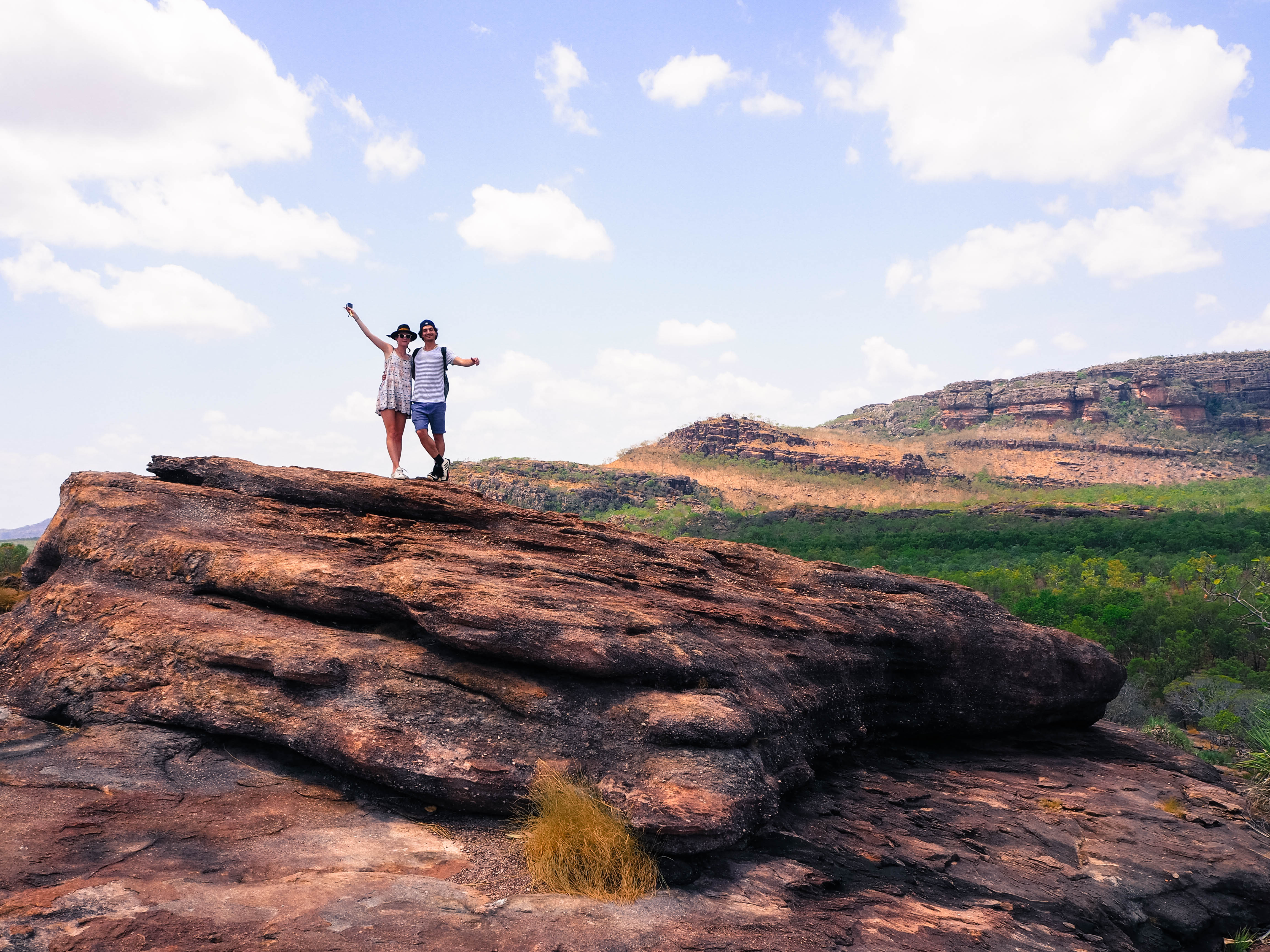 "We have our culture and this represent our place of belonging. Our land is our life. (I won’t give you the Aboriginal traduction as you will be lost with the many U,O,R in the same words!)

Early morning wake-up today as Kakadu is the biggest National Park in Australia (half the size of Switzerland!) so we have a lot to discover!

More than half the park is Aboriginal land and the National Park is managed by the traditional owners and Park Australia. Similar to Litchfield, some mining companies wanted to exploit the resources here but the Aboriginals owning the lands never accepted money to exploit the land it as it’s an insult to their culture.

Embarking on a crocodile & birds cruise on the Mary River Wetlands we’ve encountered around 10 crocodiles and many many birds. Kakadu gathered the biggest concentration of crocodiles in Australia with one every 2 square kilometers! Even if we were totally protected from their attacks, I have to admit that they are scarily impressive especially when they yawn and open their mouth that let us discovered their 5 cms long teeth (teeth a bit yellow by the way, not Cedric’s taste). The wetlands put on a show with its many nenuphars, birds (a third of Australian bird species live here) and plants. Before coming to Kakadu I thought we would see many nuances of red/orange so we were quite surprised to discover this lush vegetation (making me use the expression of 50 shades of Green more times than Cedric’s could bear ;) )

Around midday we were finished with the cruise and headed to the Heritage Centre in Ubirr to discover Aboriginal Culture. Australia counts today around 0.7m Aboriginal people and 2,000 of them used to live in Kakadu before the white colons arrived. The first people who got in contact with the Aboriginal were not the white colons as it is commonly known but Indonesian in the 17/18th century.

The museum is quite good and we’ve learned a lot on their hunting calendar, hunting methods but also family structure and how each person belongs to a particular skinship depending on your dad’s and mum’s skin group that determine your responsibilities towards the land, people etc.

Next stop Ubirr - Nanguluwurr- and the Rock painting art. Hiking with 39 degrees and 80% humidity is definitely not easy and we’ve learned that last year in Kakadu 7 people were dead because of dehydration vs only 4 killed by crocs ! The good news is that everything you need to survive can be found in Kakadu!

We’ve spent 2 hours learning a bit more on Rock art, an ancestor of Street art maybe? Not everybody can paint in the community. It depends on your skin group, you need to be a man and also to taught by an older. Some paintings are really deep and can only be seen and understood by senior men and women. In Nanguluwurr, some paints are thought to be 20,000 years old and it was interesting to see how Aboriginal perceived their first contact with white men (big shoes, big hats and clothes were represented!)  Hiking to the top of the cliffs for sunset we’ve discovered a 360 view with lush vegetation on one side and dry dirt on the other. Beautiful!

We just had 15 minutes to run back to the car as a storm was rising. Being at the end of the dry season, the sky  hosted incredible light shows, torrential rain and the first floods of the season! Totally scared we were happy to learn that over the years some control burns are organised  to make sure there is no fire when the lighting strikes. Aboriginal people apparently taught white colons who refused to listen until years after years they had fire destroying everything around anyway so they started using these techniques as well to prevent these. There are also a lot of self-burning trees in the park regenerating on a cycle. After an hour  the rain stopped and we were happy to see that our tent was not flooded. Lucky us.

On the last day of the trip we headed to Jim Jim Falls. While we didn’t need a 4x4 before that, Jim Jim Falls is an exception as only accessible by dirt & unsealed roads and only during dry season as it gets flooded really quickly. After a 3 hours drive, a bit shaken by the crazy driving of our guide, we started a hike on man unstable stones to reach the base of the waterfalls- or should I say without-water-falls considering there was no water falling down the cliff? Still impressive and breathtaking though. Besides it’s not as touristic as the other parts of Kakadu as hard to reach.

It was time to go back to Darwin and catch our red eye flight for Sydney and go straight to work!

We’ve been both amazed by this part of the Northern Territory as it was so different from everything we saw before and also so diverse! One of our best road trip in Australia.

# Don’t skip the Aboriginal Museum. Super interesting and interactive (and we enjoy the air conditioning)

# Make sure to go to Nanguluwurr, home of ABoriginal Street art and perfect spot for a sunset

# A 4X4 is necessary only to access Jim Jim Falls. All other visits in this itinerary are accessible with regular cars 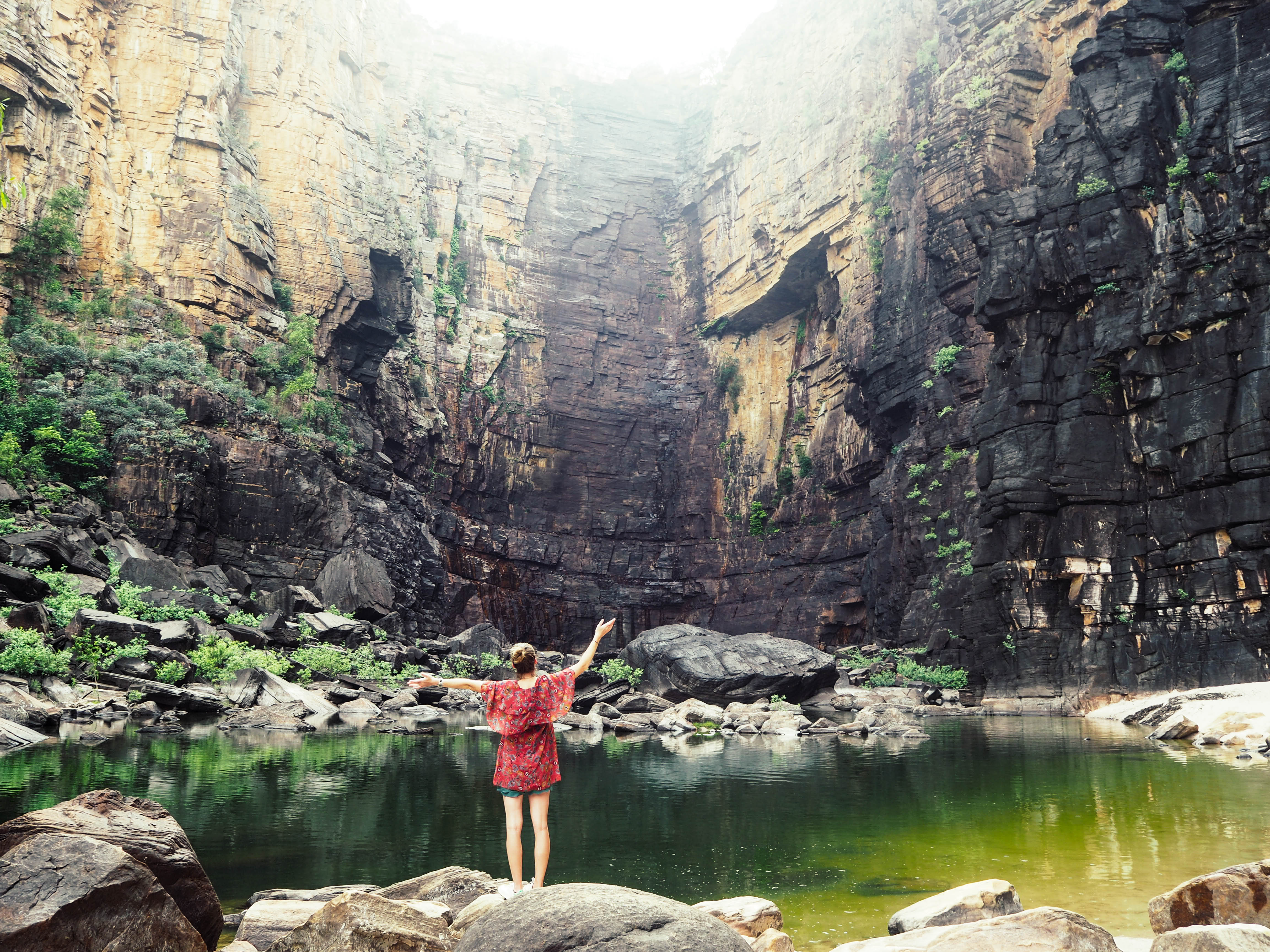 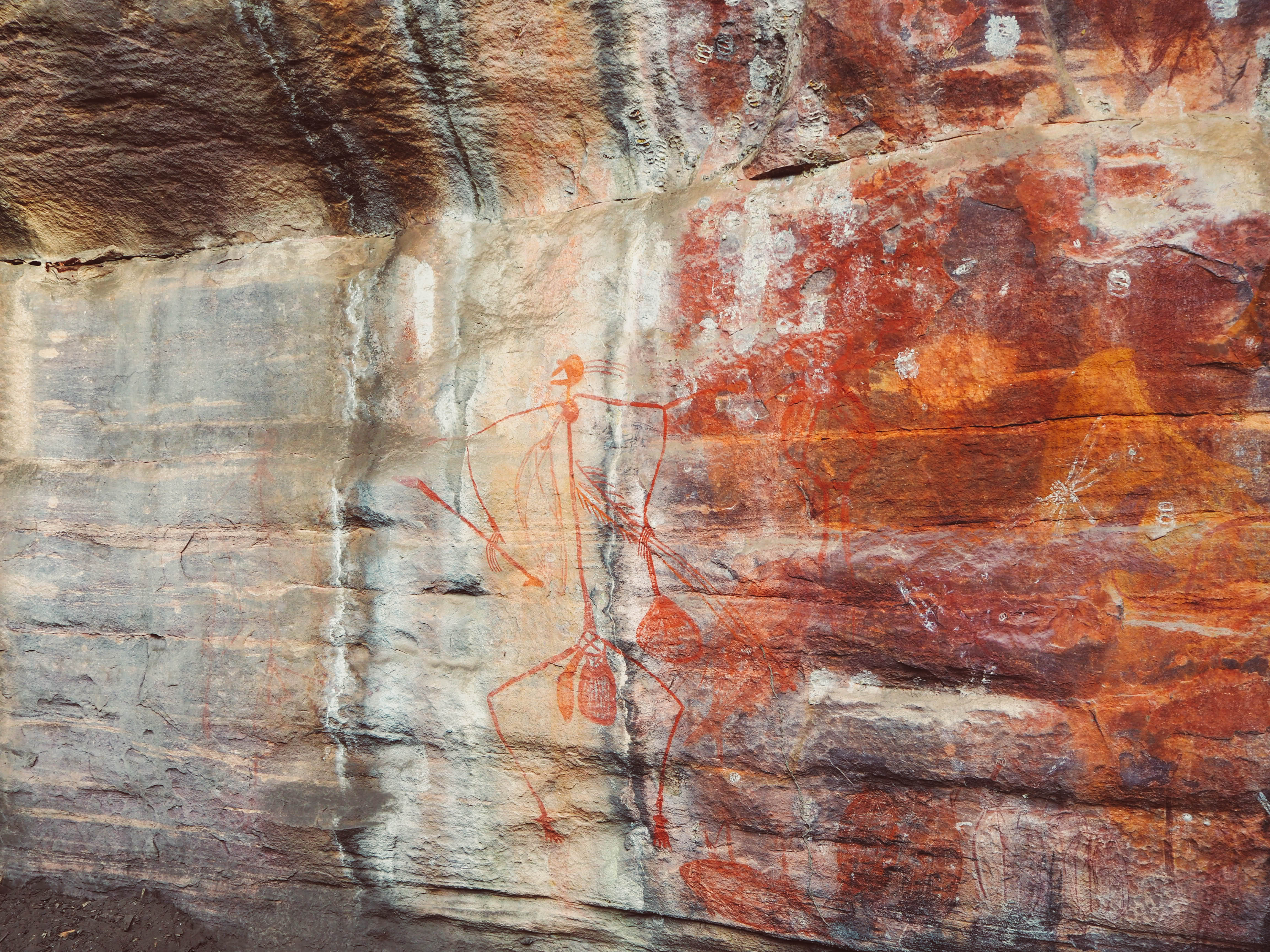 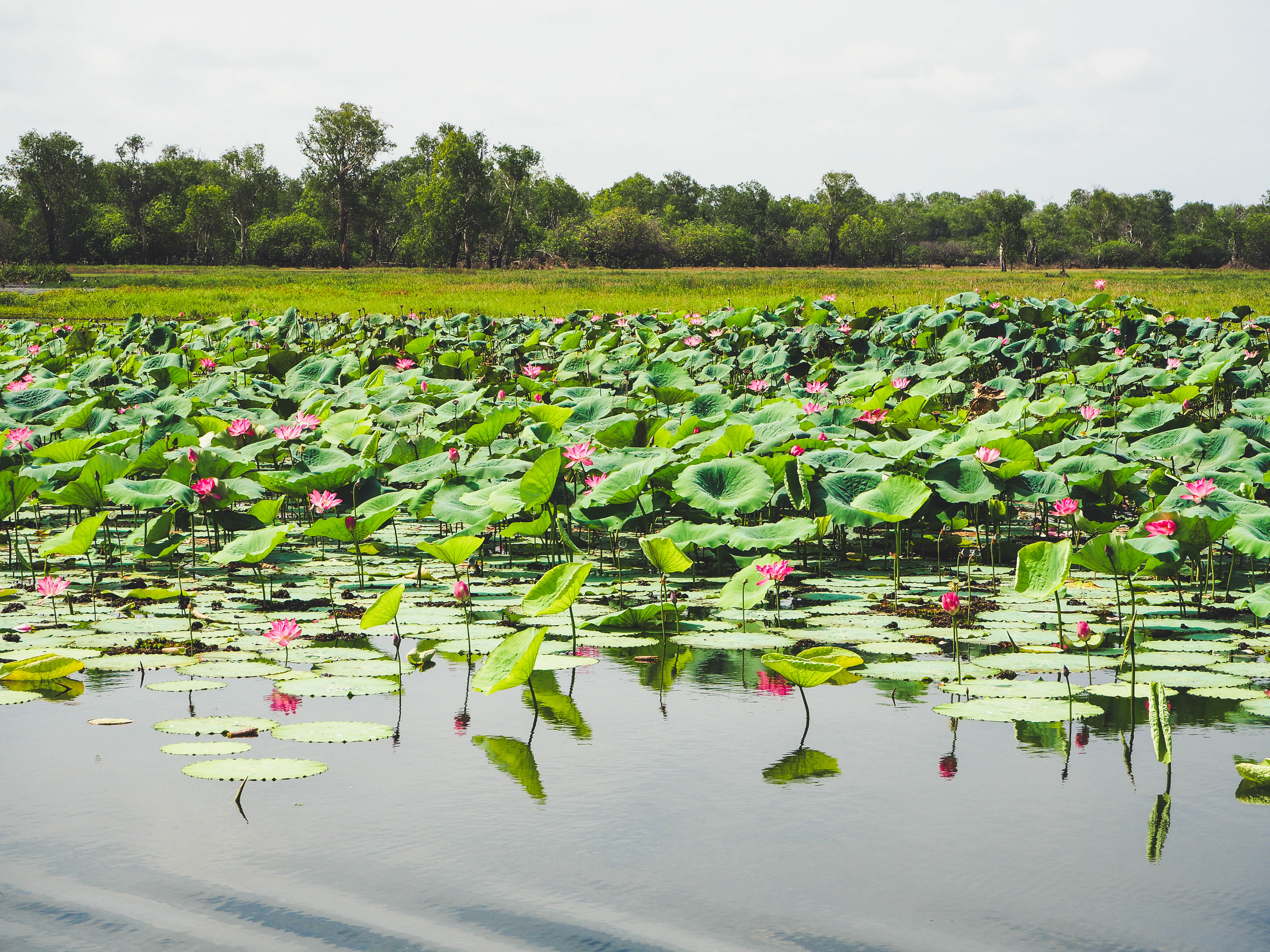 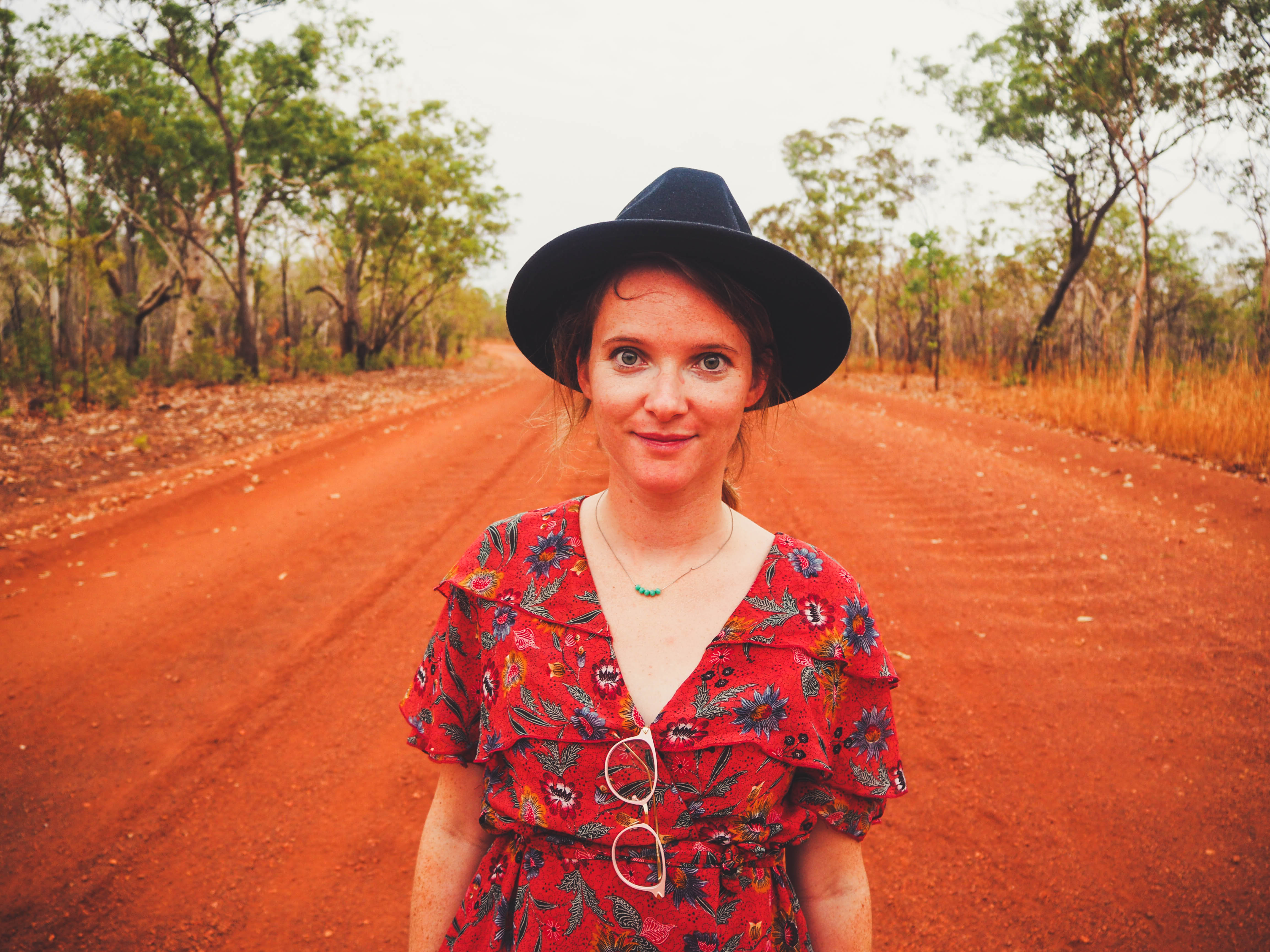 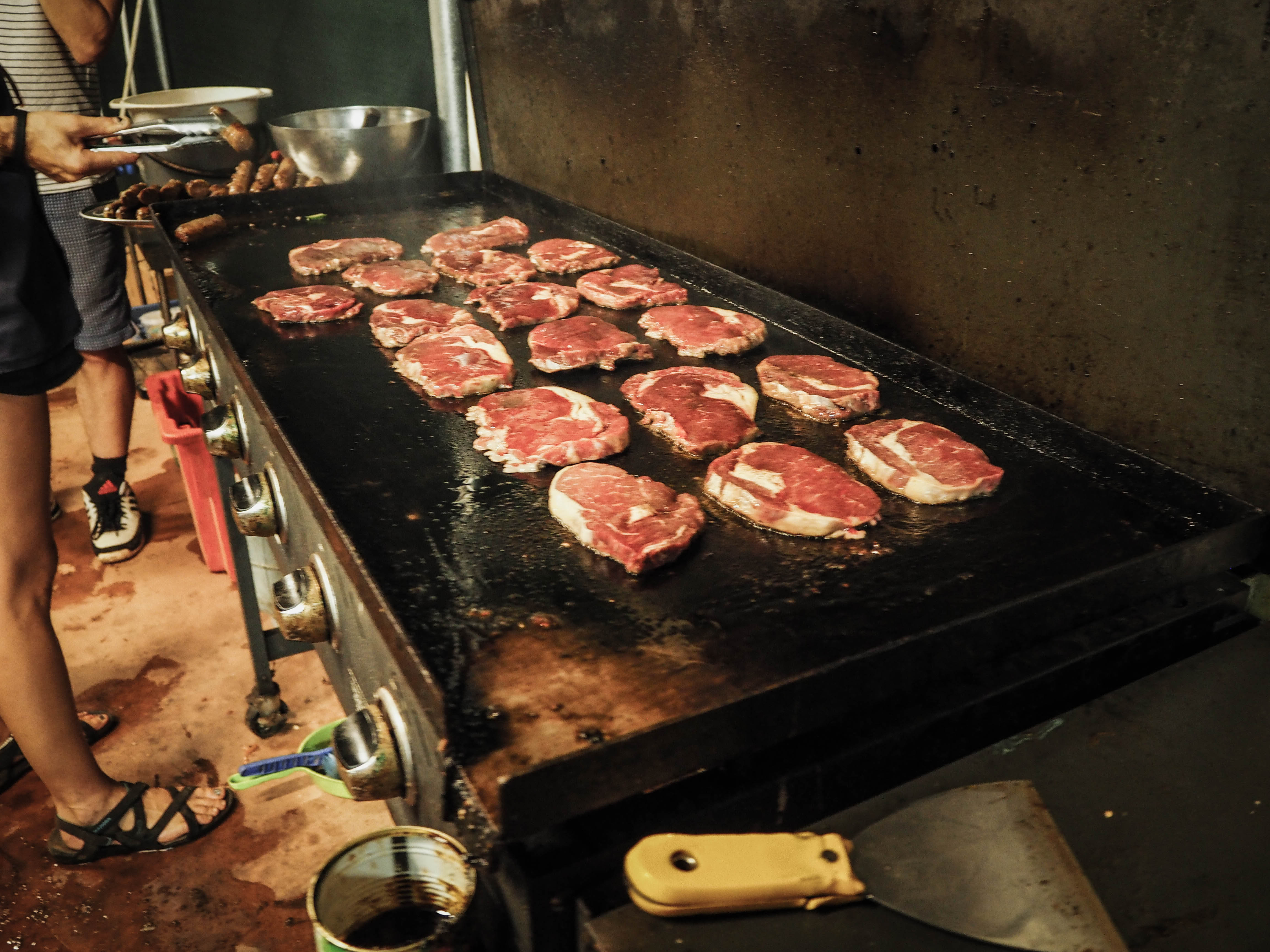 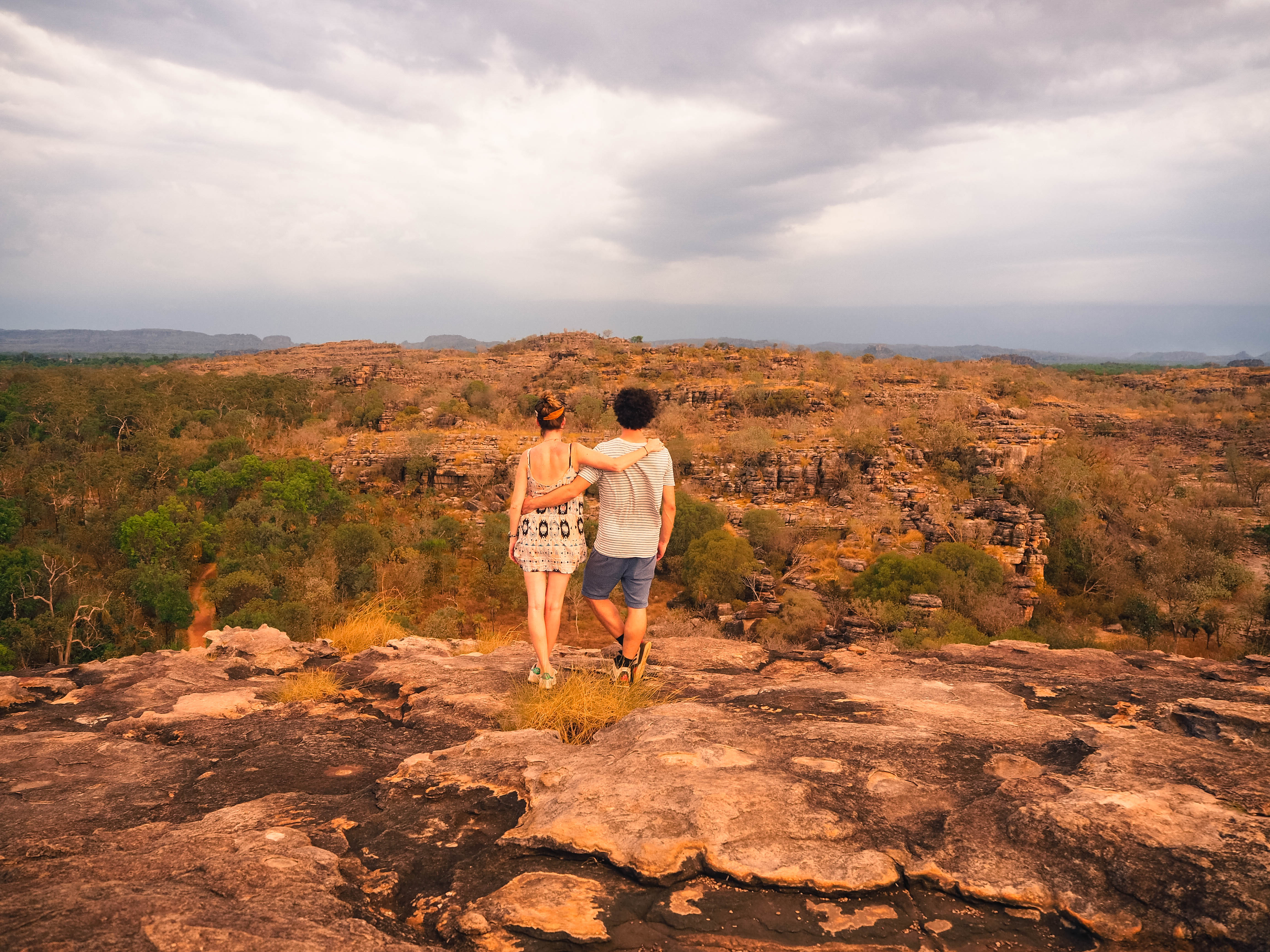 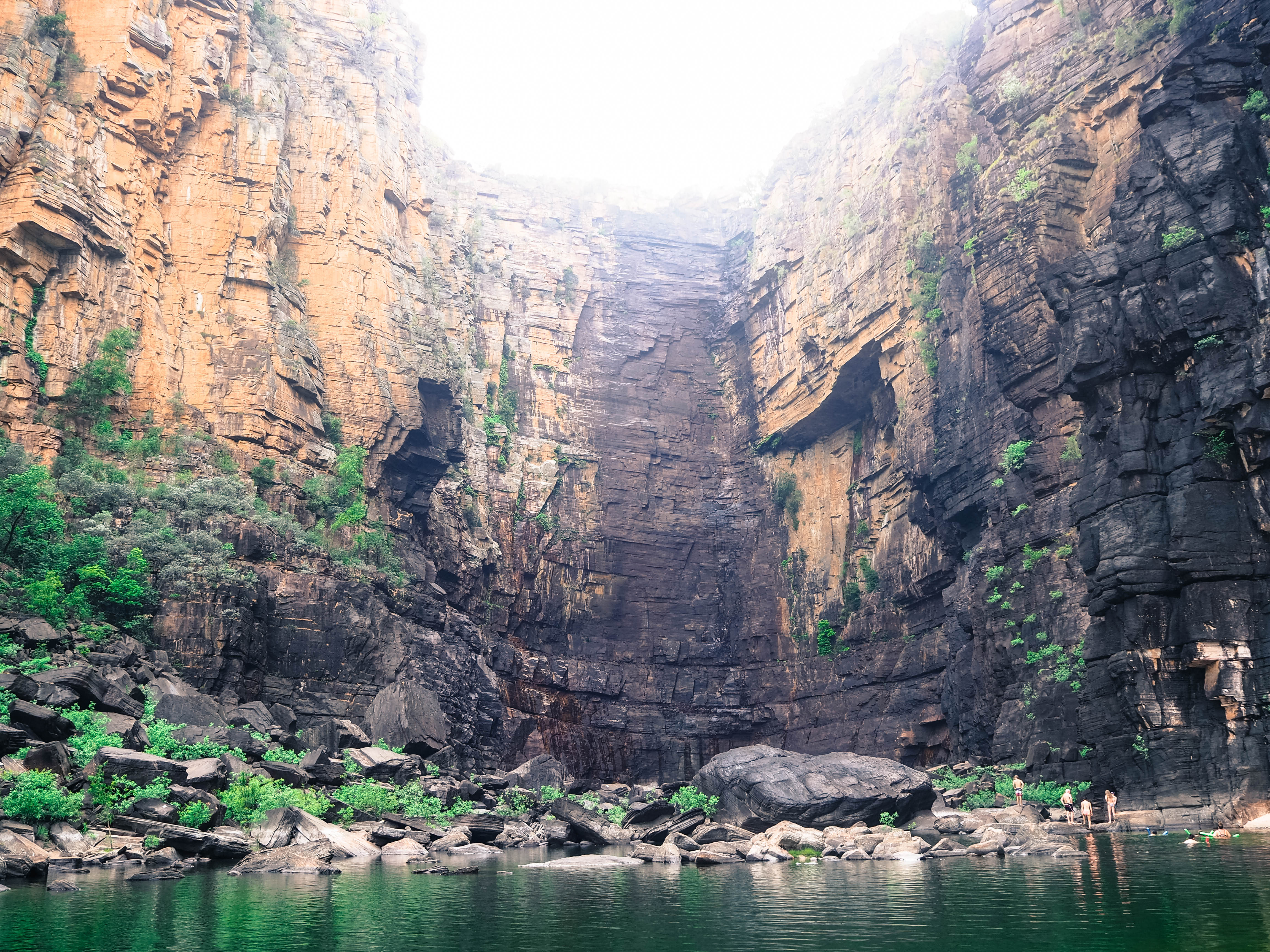 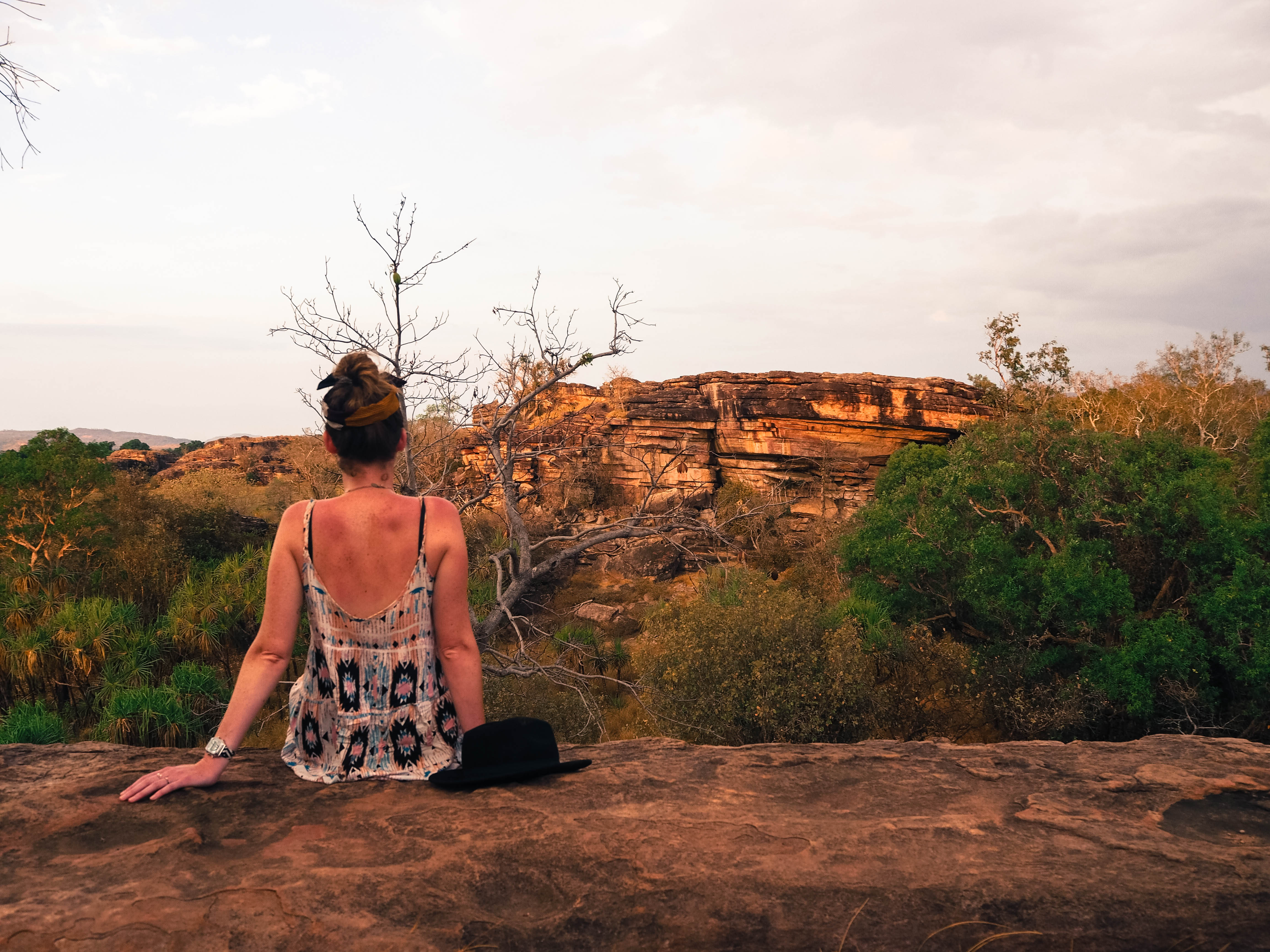 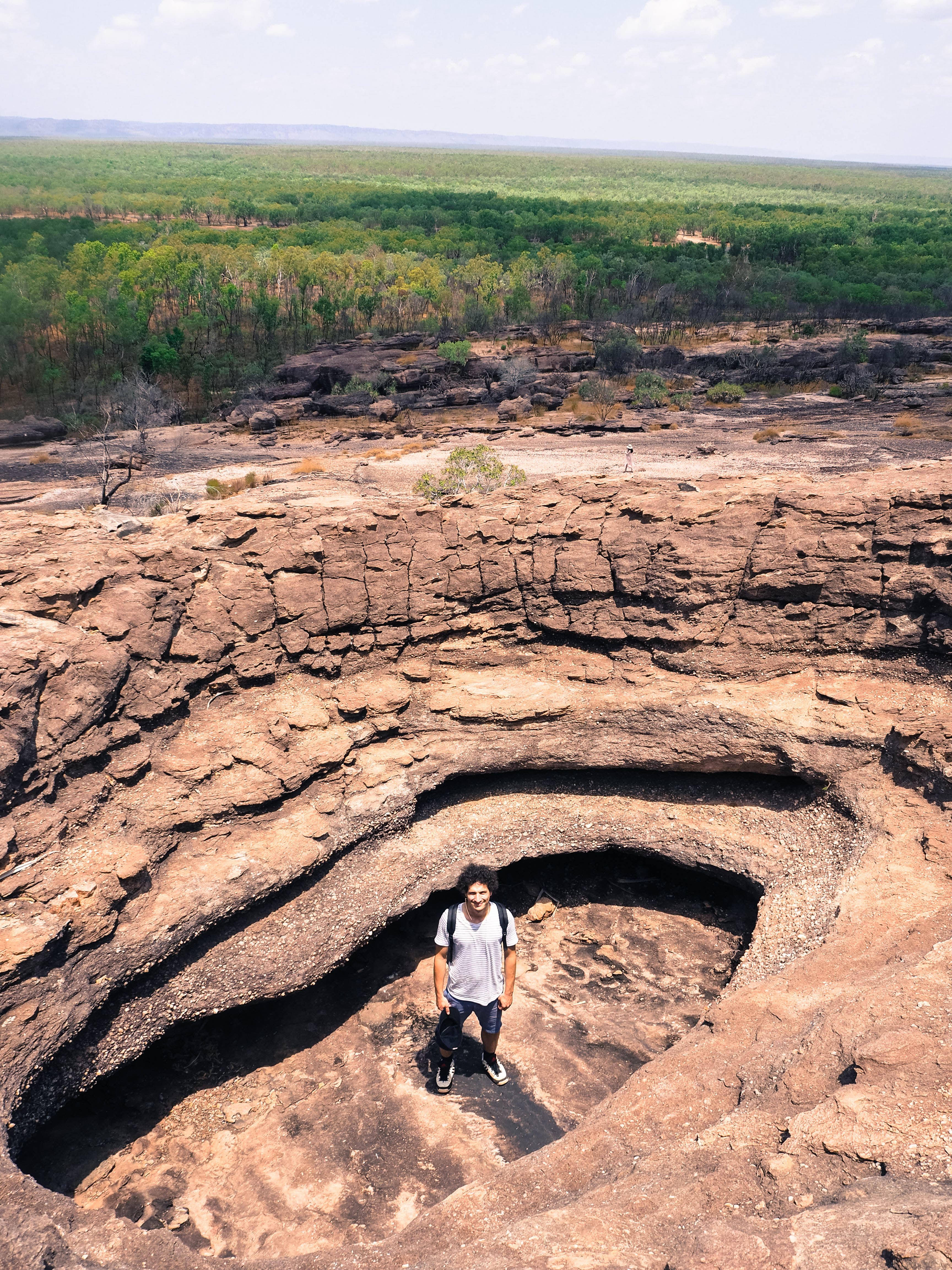 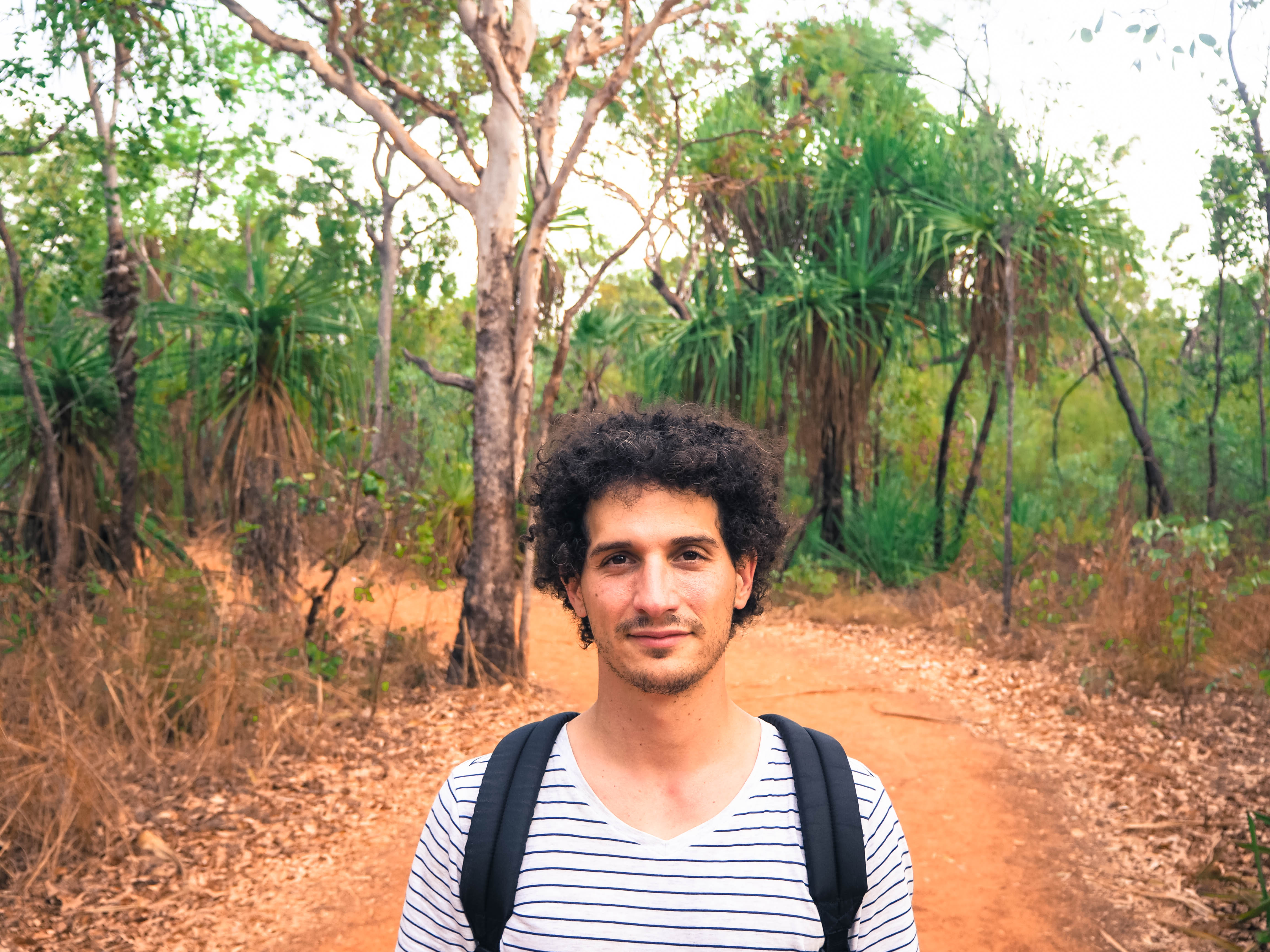 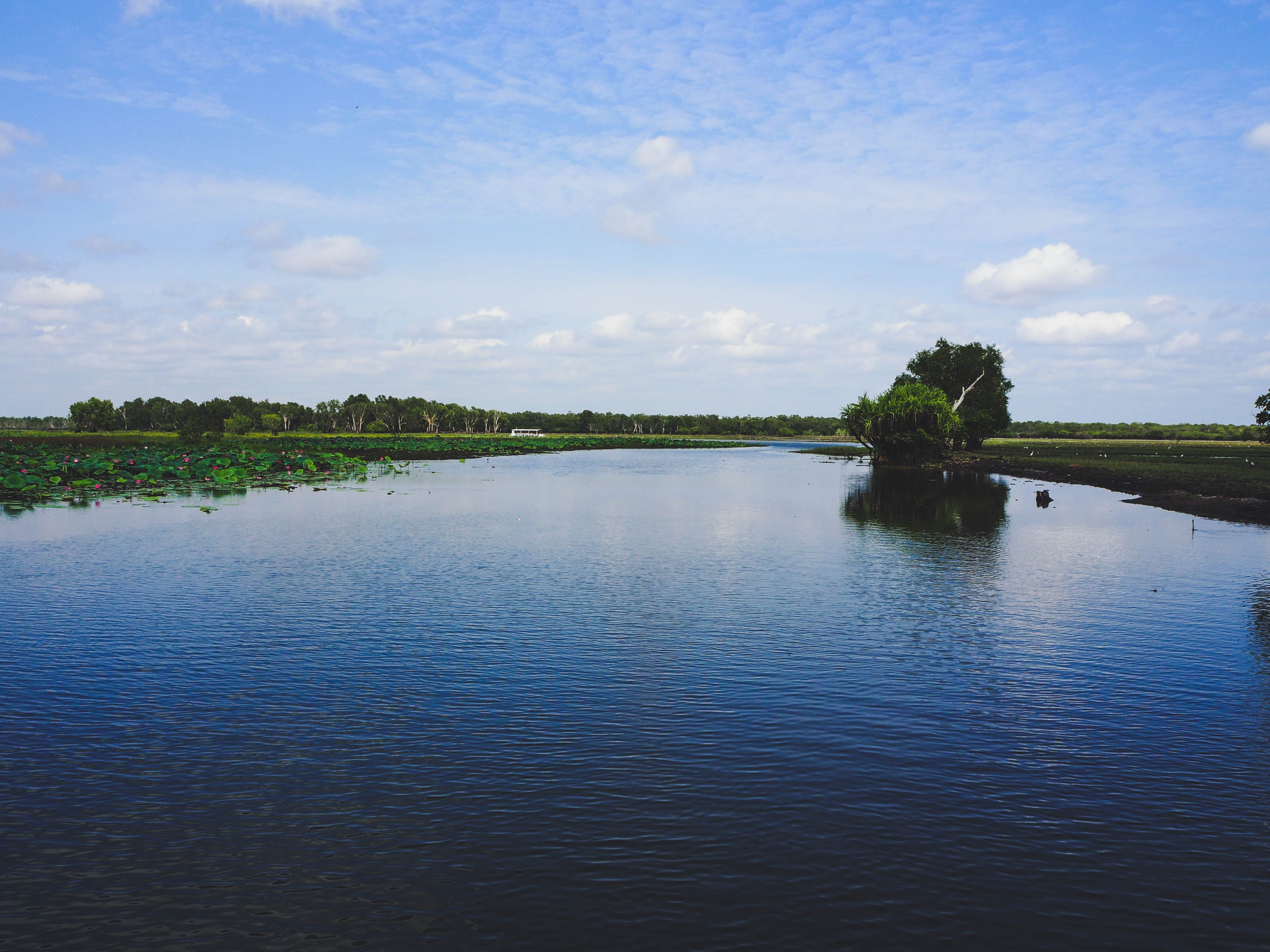 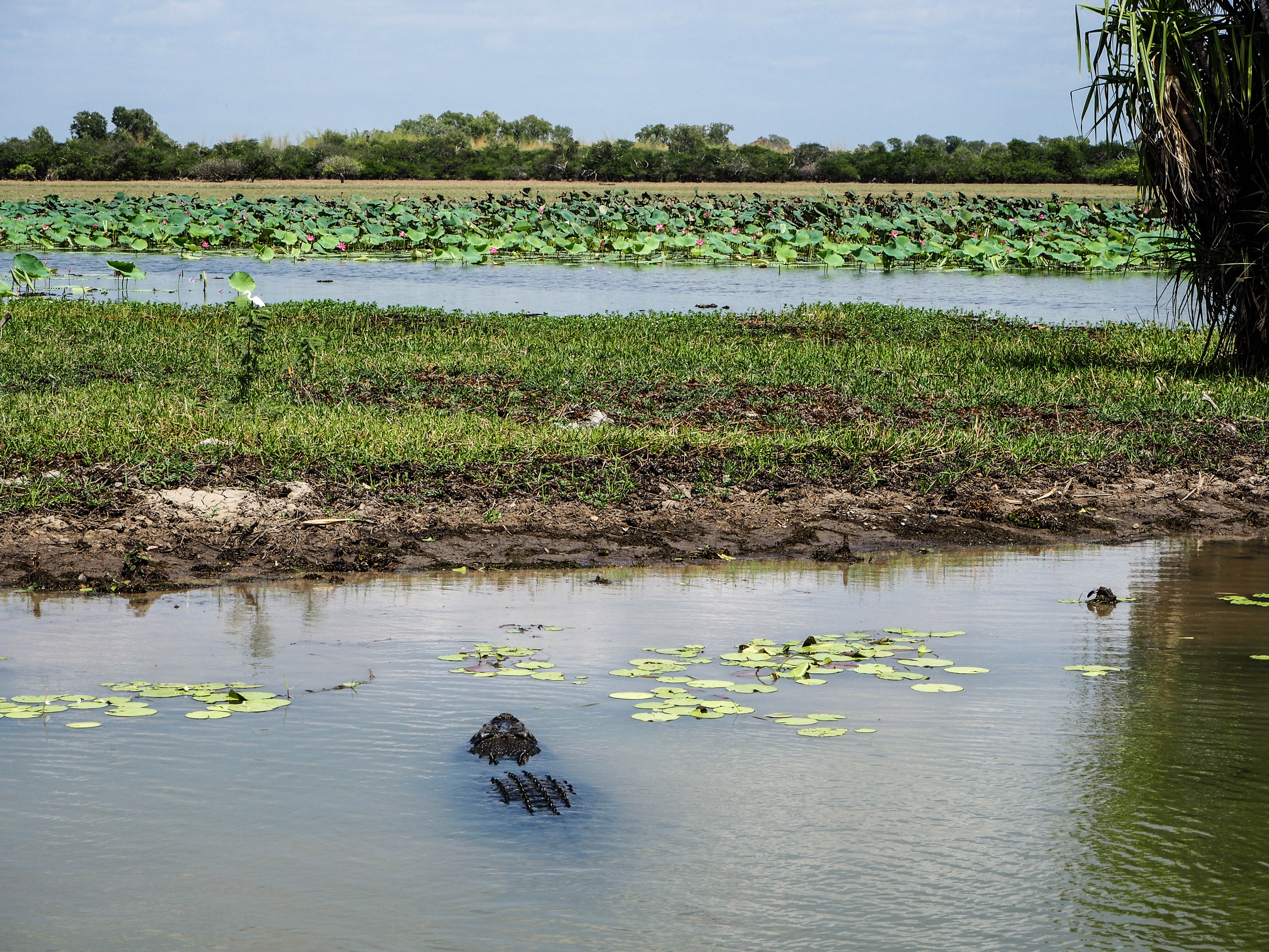 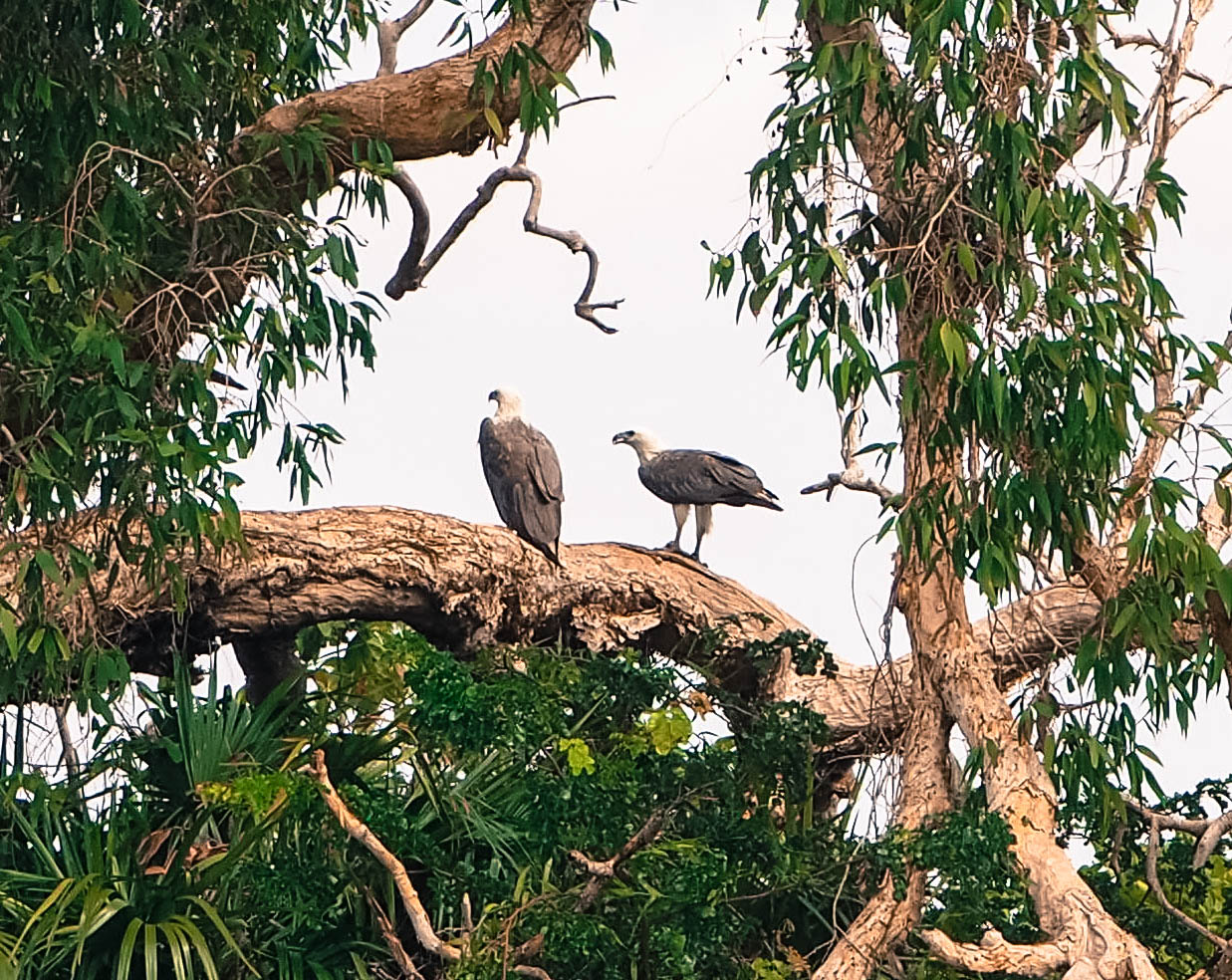 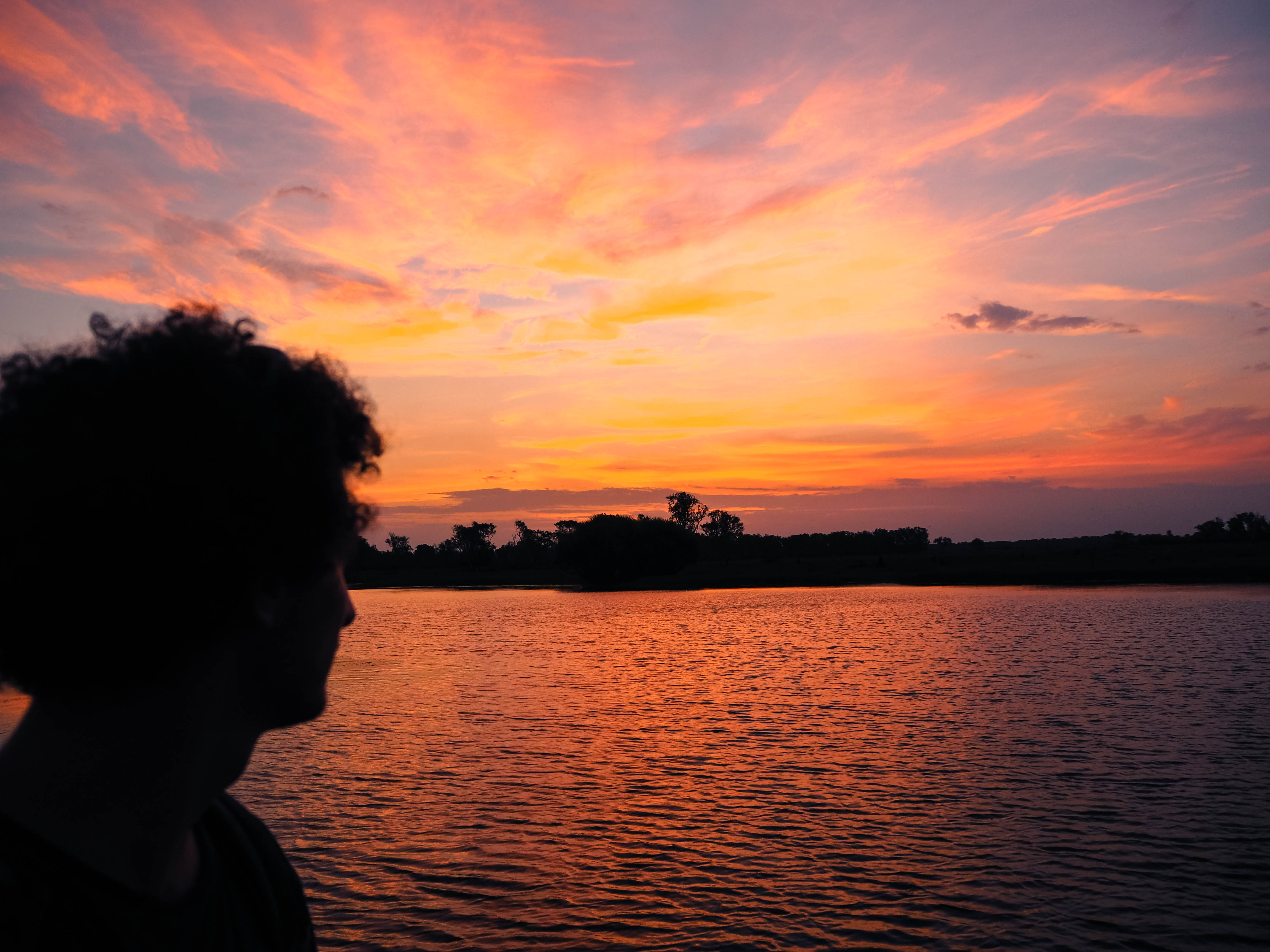 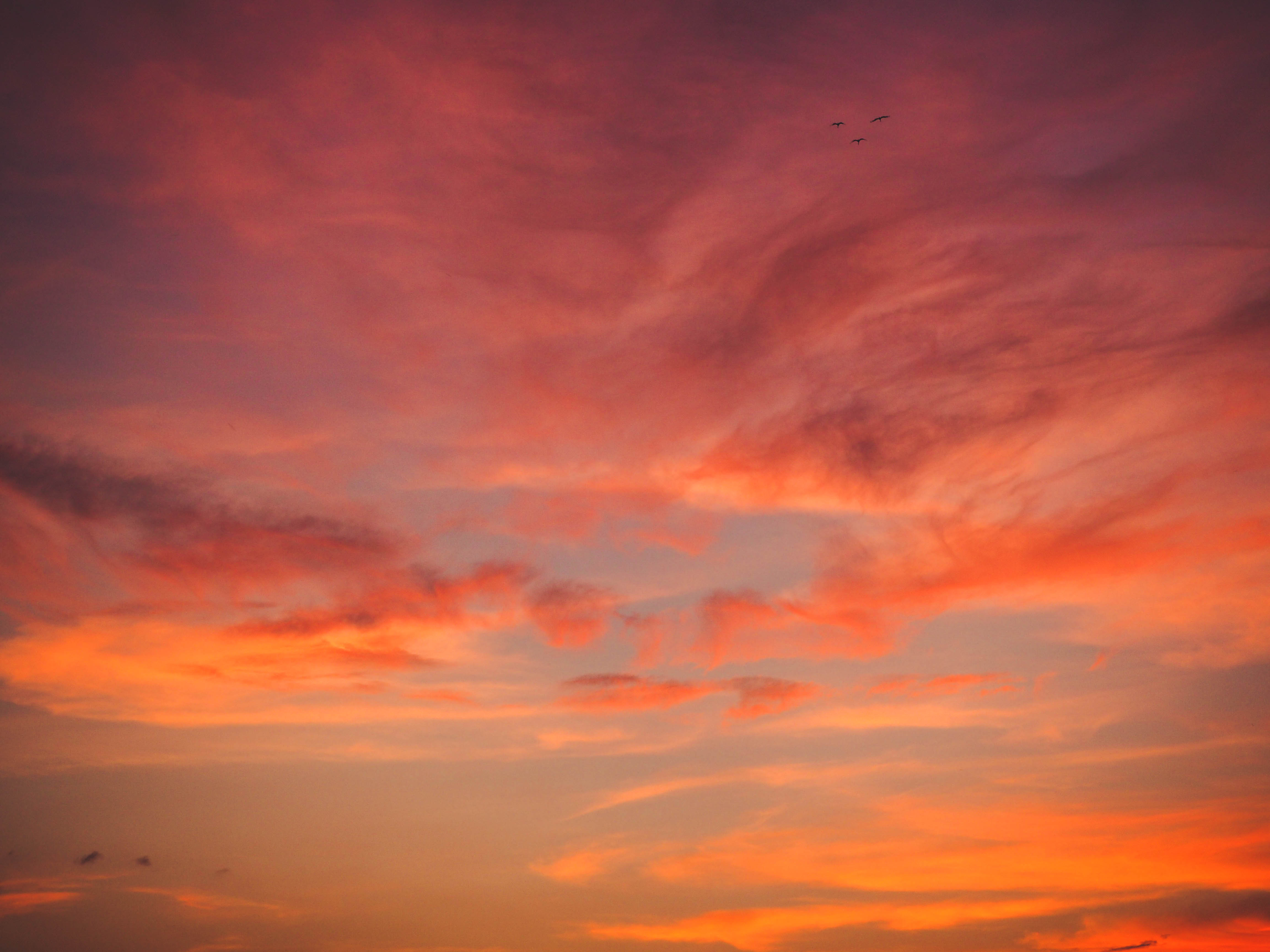 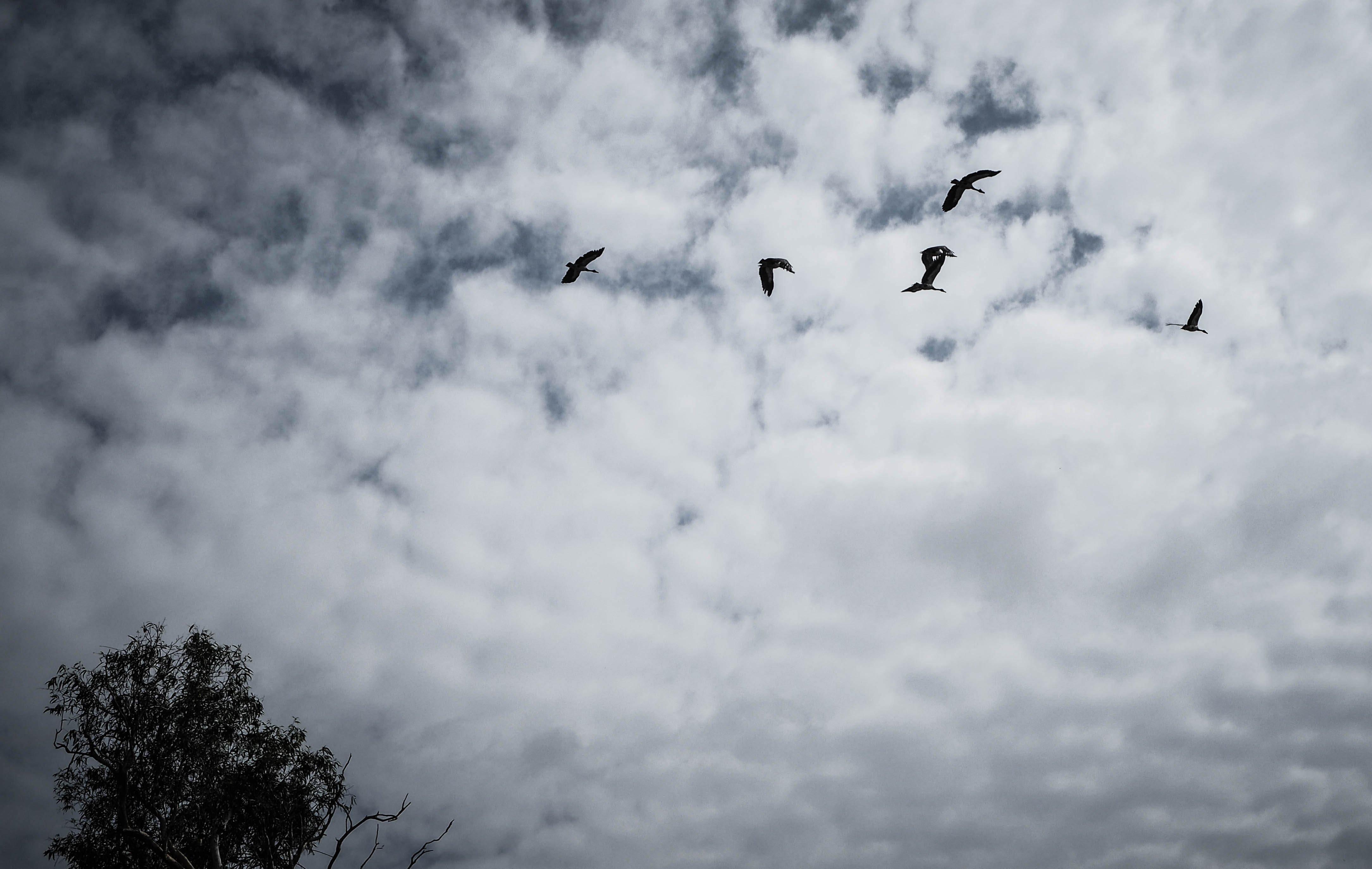