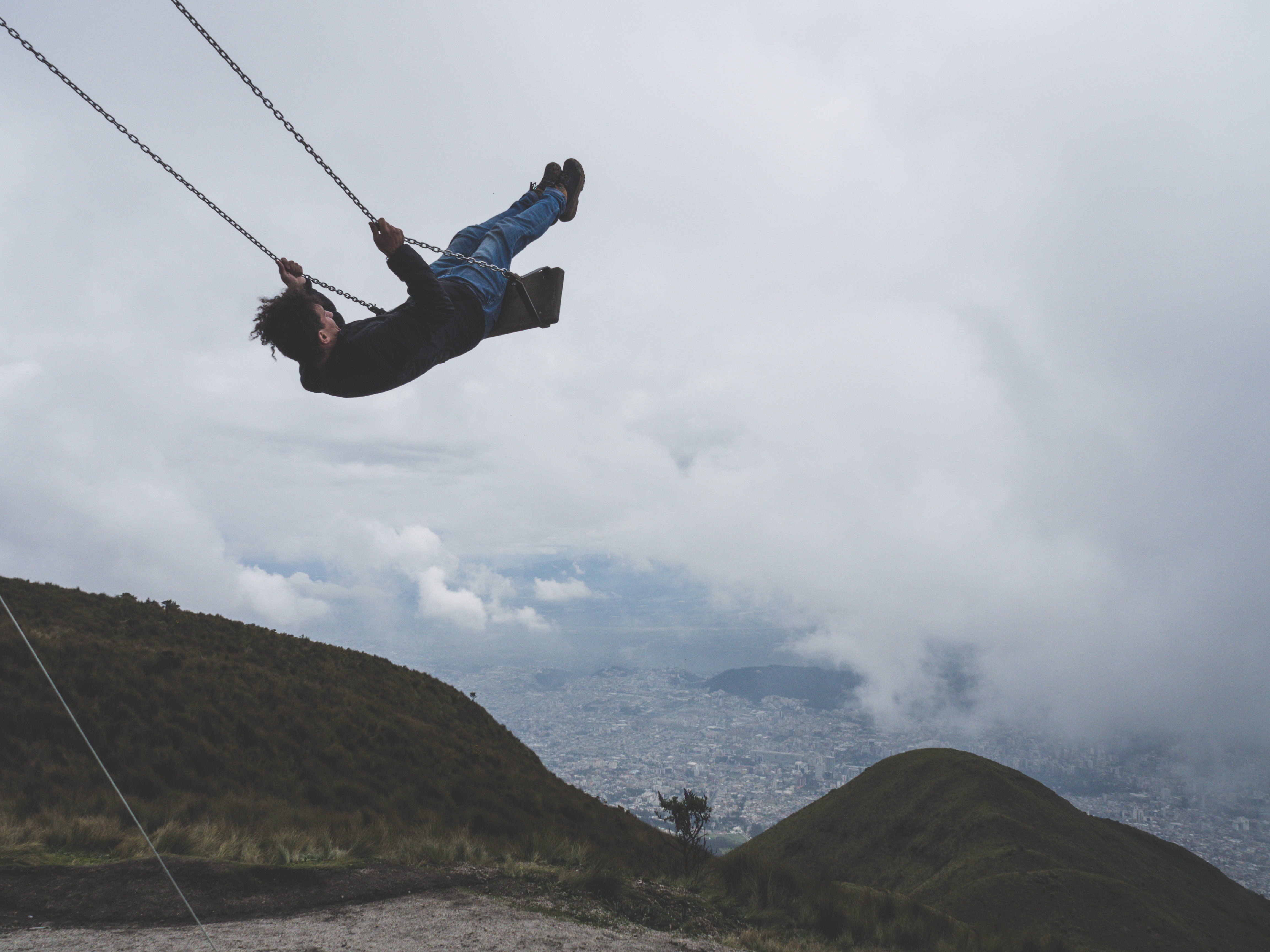 Our next country: Ecuador!

This small country on the American continent compared to its giant neighbors has a lot to offer! Volcanoes, colonial cities, the Amazon, the fauna and flora of the Galapagos, mountains, there is something for everyone!

After 7 hours of bus to reach Sao Paulo airport in Brazil, we board the plane to cross the Amazon. 6 hours later, we are ready to land and at the last moment (about 20 meters from the ground), we leave for another flight ride: too much rain the landing is risky ... We end up landing 45 minutes later safely.

We are happy to be able to speak Spanish again. After our frustration in Brazil because we couldn’t understand anything, we are able to share and talk again to locals.

Quito is located in a very steep valley between 2800 and 4000m and is surrounded by more or less active volcanoes. If one says it "founded" in 1534 by the Spanish colonists, in fact the Incas had settled there some 60 years before, settling in an area already inhabited since almost 2500 years by the Quitus Indians who were there because of its strategic position at the confluence of several trade routes.

We begin our visits by the Plaza Grande on which is the Presidential Palace (which we have not managed to visit unfortunately), hundreds of locals enjoying ice cream (we will soon discover that Ecuadorians love ice cream whatever their age!), our first Ecuadorian hats, the newspaper and cotton candy sellers and shoe shiners who for us represent so much South American cities.

Close to the square is the Metropolitano Cultural Center, a nice museum in which we had our first glimpse of Ecuadorian culture.

The churches are also in big numbers and we visited San Fransisco which with its high ceilings and gold frescoes surprised us.

There are many colonial buildings in the Historic Centre, more or less well preserved and giving a special charm to the historic center.

Since there it is easy to reach the Basilica Del voto National. Well easy, it is without counting the dozens of very steep streets, located in high altitude- more than 3,000m - each stroll becomes complicated and one spits our lungs.

At the Basilica, we decide to go up on the roof and what a surprise to discover the wobbly mini scale ... Victims of fear of height, please abstain! From the roof you can see the city that stretches over 50 km (for 3.1m inhabitants). We can also see the two magnificent towers of the Basilica and the emblem of the city ( that surmounts a hill, we forgot its name). We also took a look inside from the balustrades and we are again amazed by the high ceilings and many stained glass windows this time. The interior remains quite quite however.

I also celebrated my birthday in Quito and have enjoyed several times a Franco-Ecuadorian restaurant: steak, salads, pancakes, ceviche, fresh fruit juice. Our canteen for 3 days!

Fun fact: Ecuador has for official currency the US dollar to fight against inflation, but what is strange is that some coins can only be used in Ecuador!

Finally we take advantage of a some sun in the 4 seasons’ day to take the cable car and climb more than 4,000m to get closer to the volcano Pichincha (which gave its name to the province of the same name and to many banks).

What a surprise to discover such a beautiful hike with beautiful mountains 5kms from the city. The fog gives a mystical atmosphere to the whole and we can see the city of Quito below in the valley.

At 4,000m and without acclimatization a slight headache is felt so we will not finish the hike.

That’s it for Quito, not our favorite stop because it's a big city in South America (not the most charming ...) and very polluted but a stop of 2 days is nice to adapt and start a new adventure!

# To enter the presidential palace you must call or send an e-mail the day before 3pm.

# we recommend the Hostal Auberge Inn owned by a Swiss. Very quiet, clean and comfortable rooms for $ 19 USD a night. Lasagna are very good

# About food: we ate every day at L'altamira held by a Franco-Ecuadorian couple. Very good daily menu and big portion for $ 6.5 USD. They also offer crepes and ceviche. Super good! 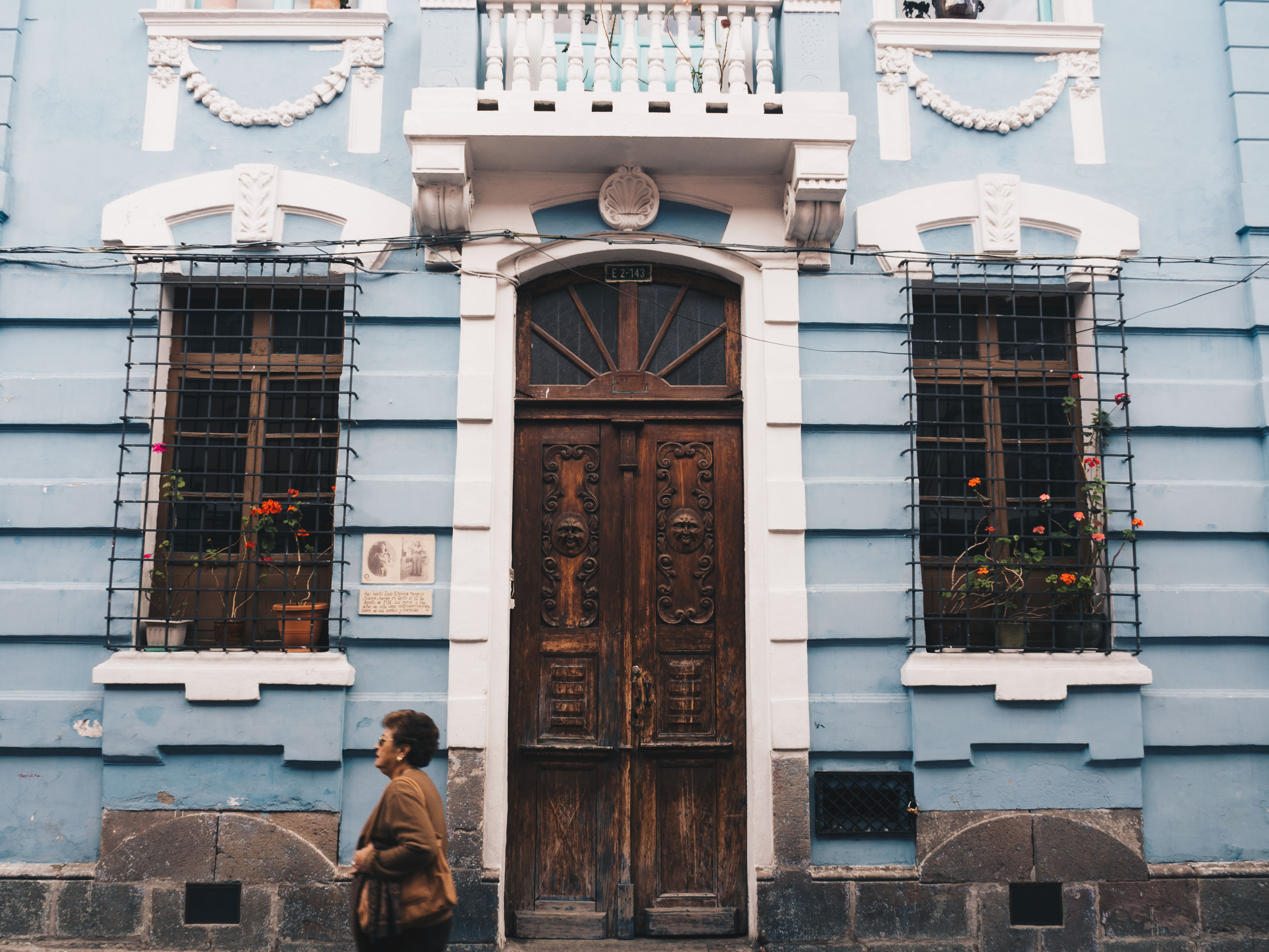 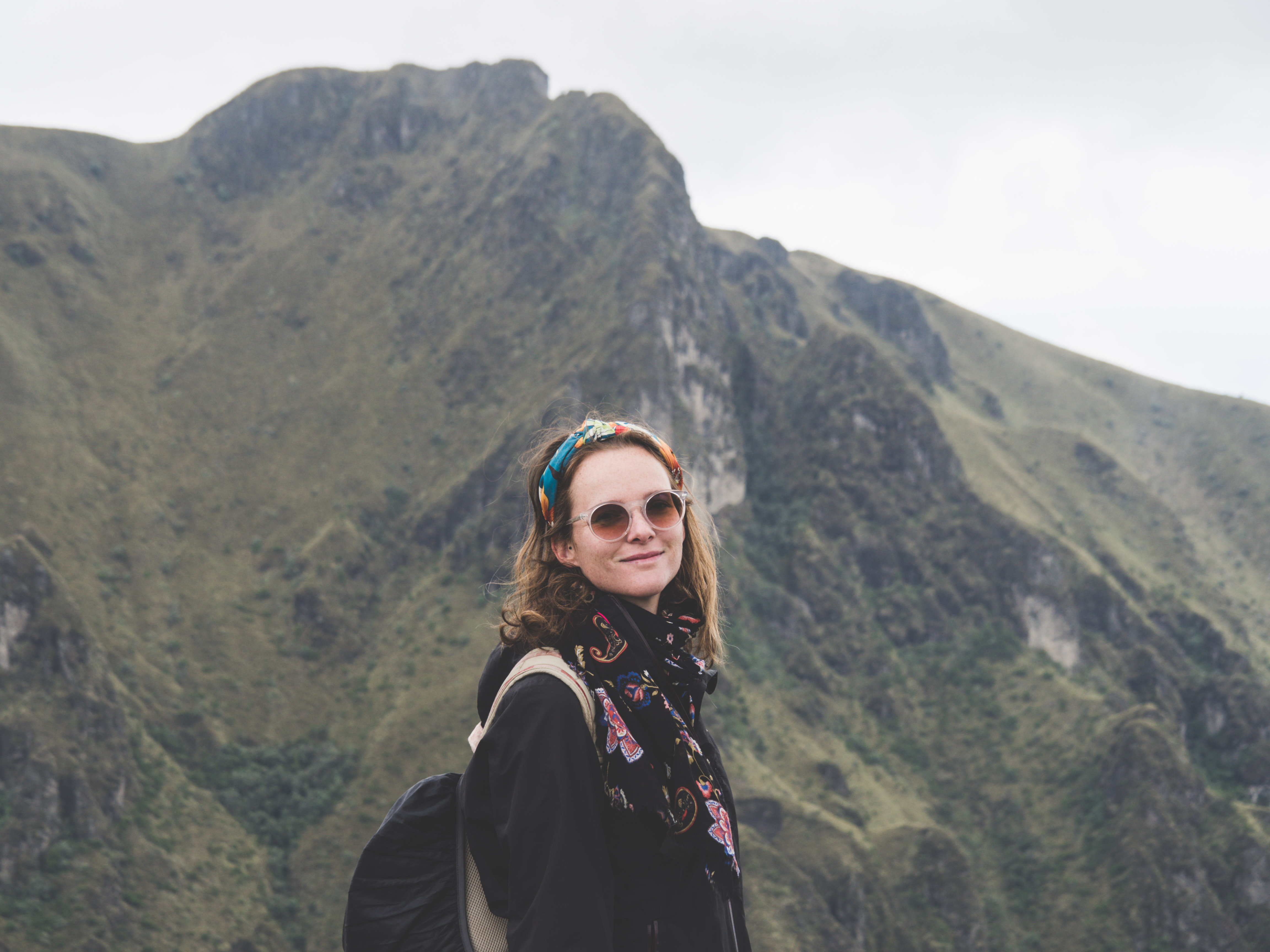 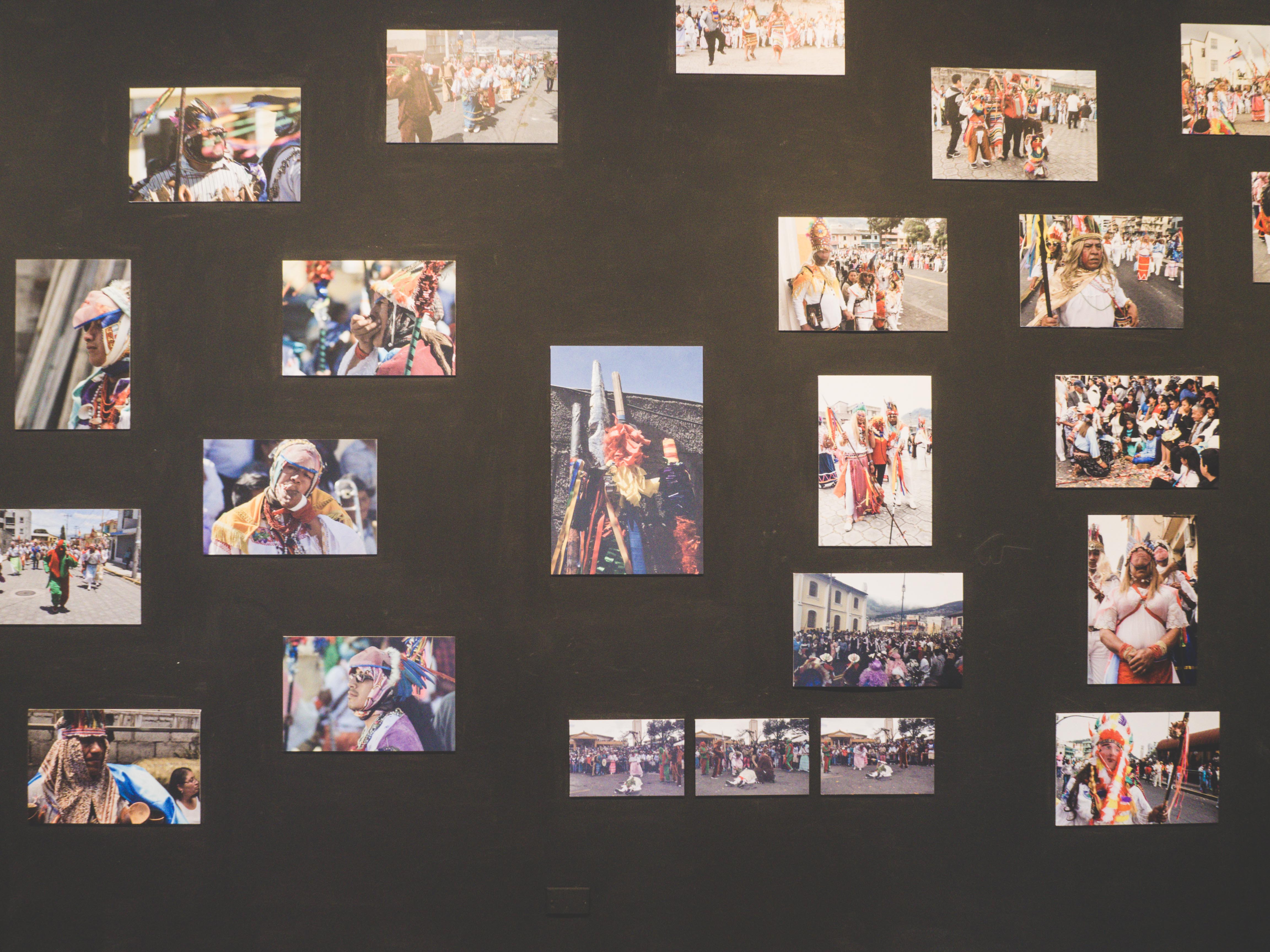 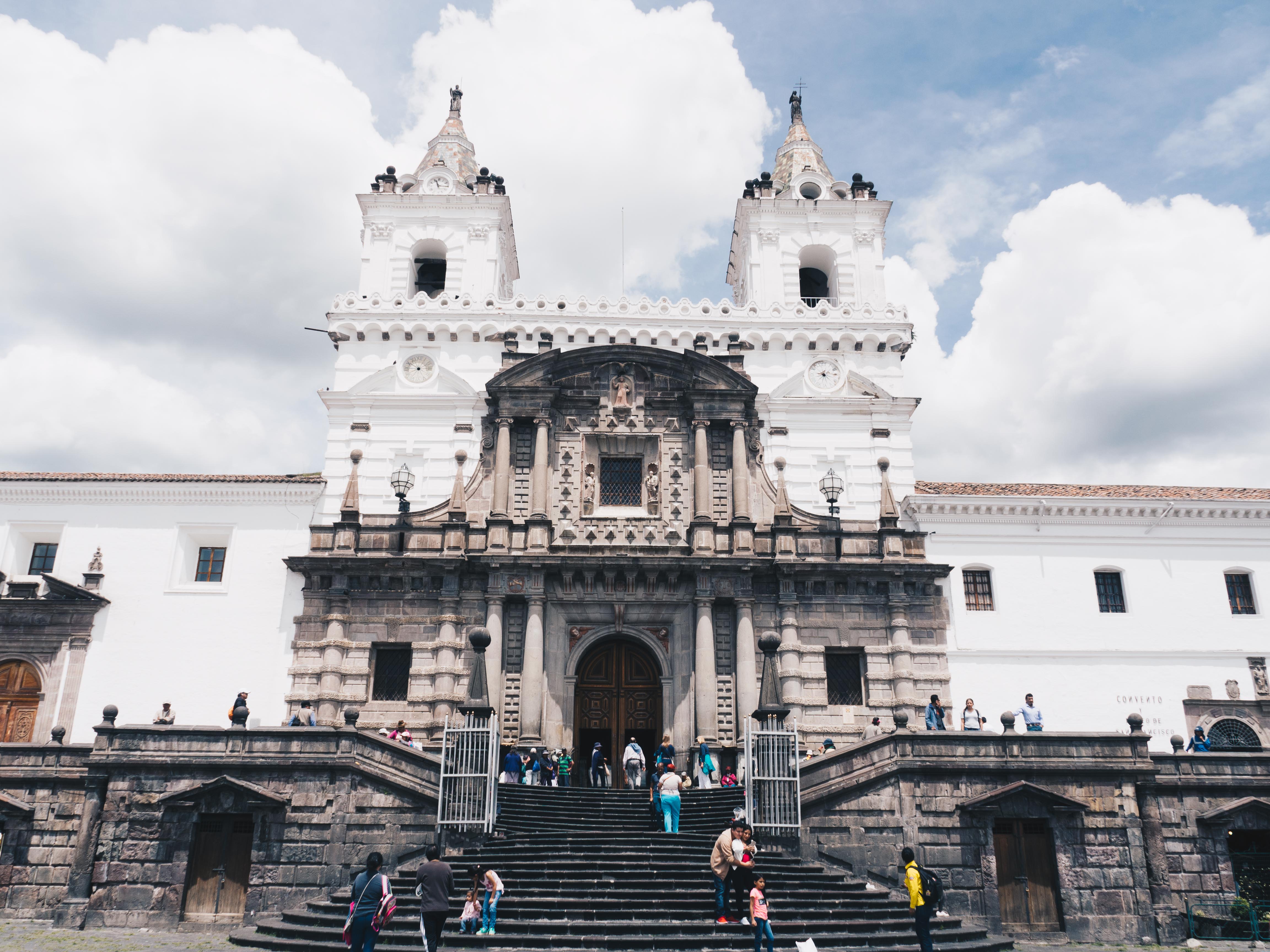 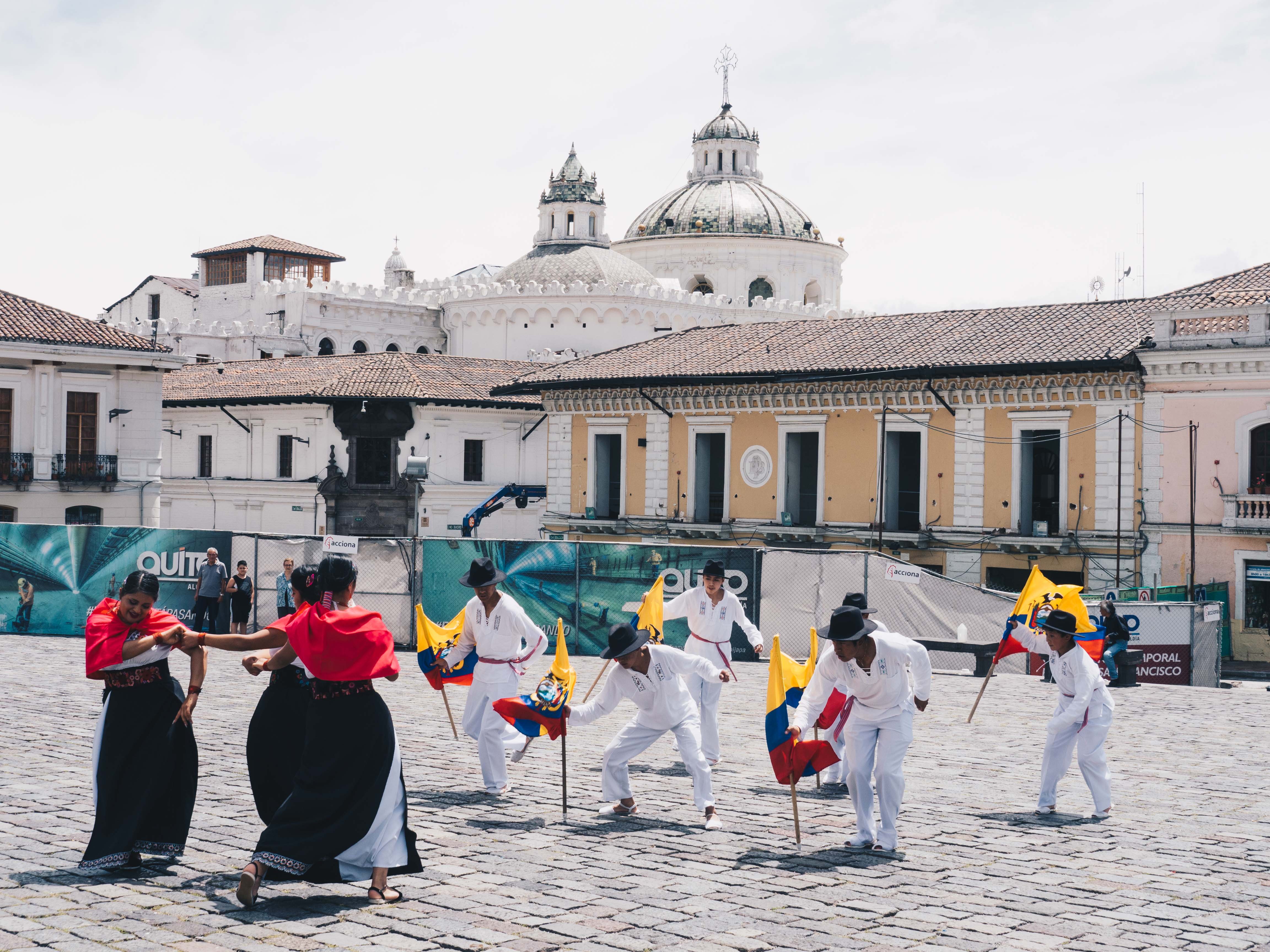 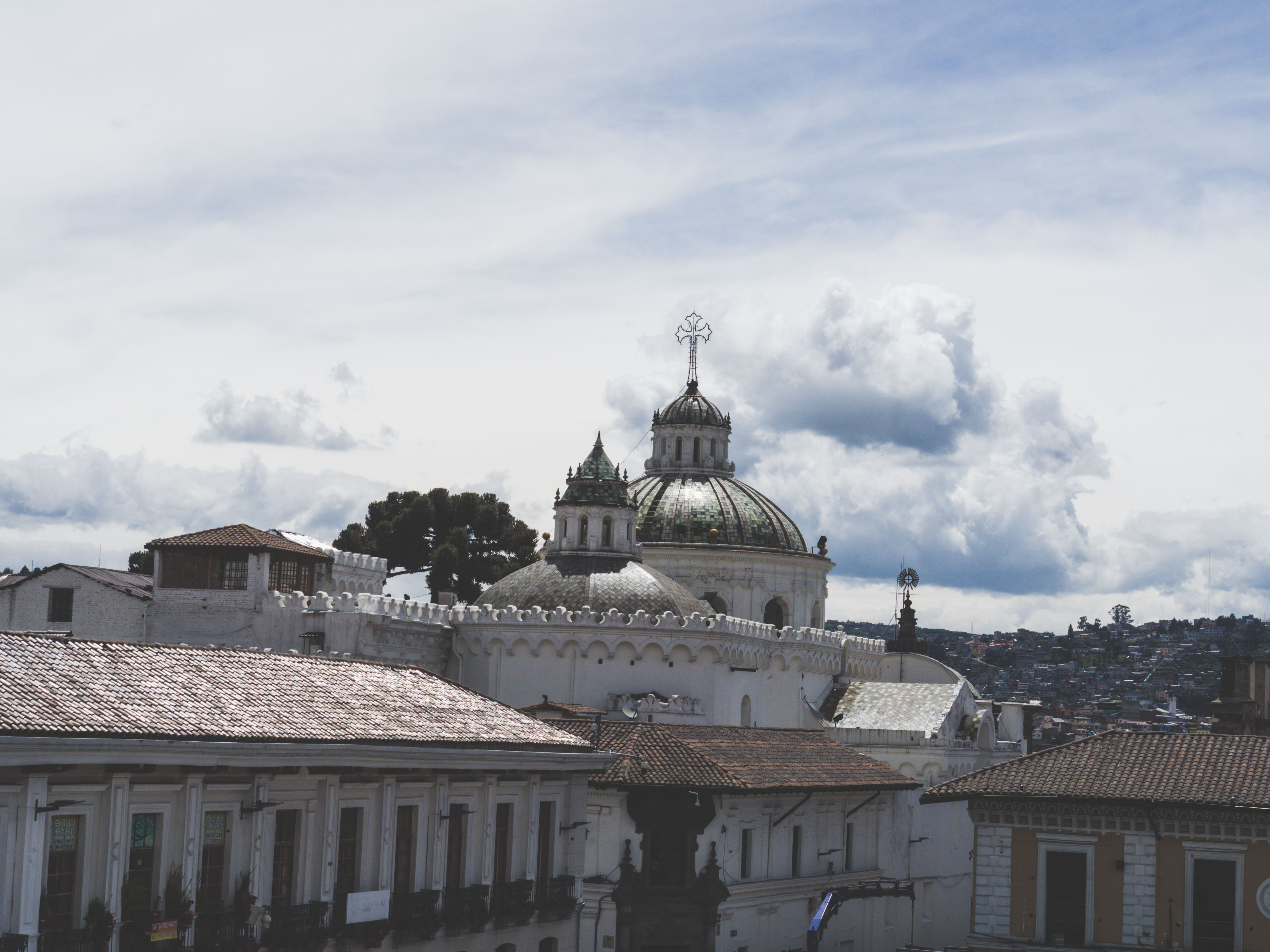 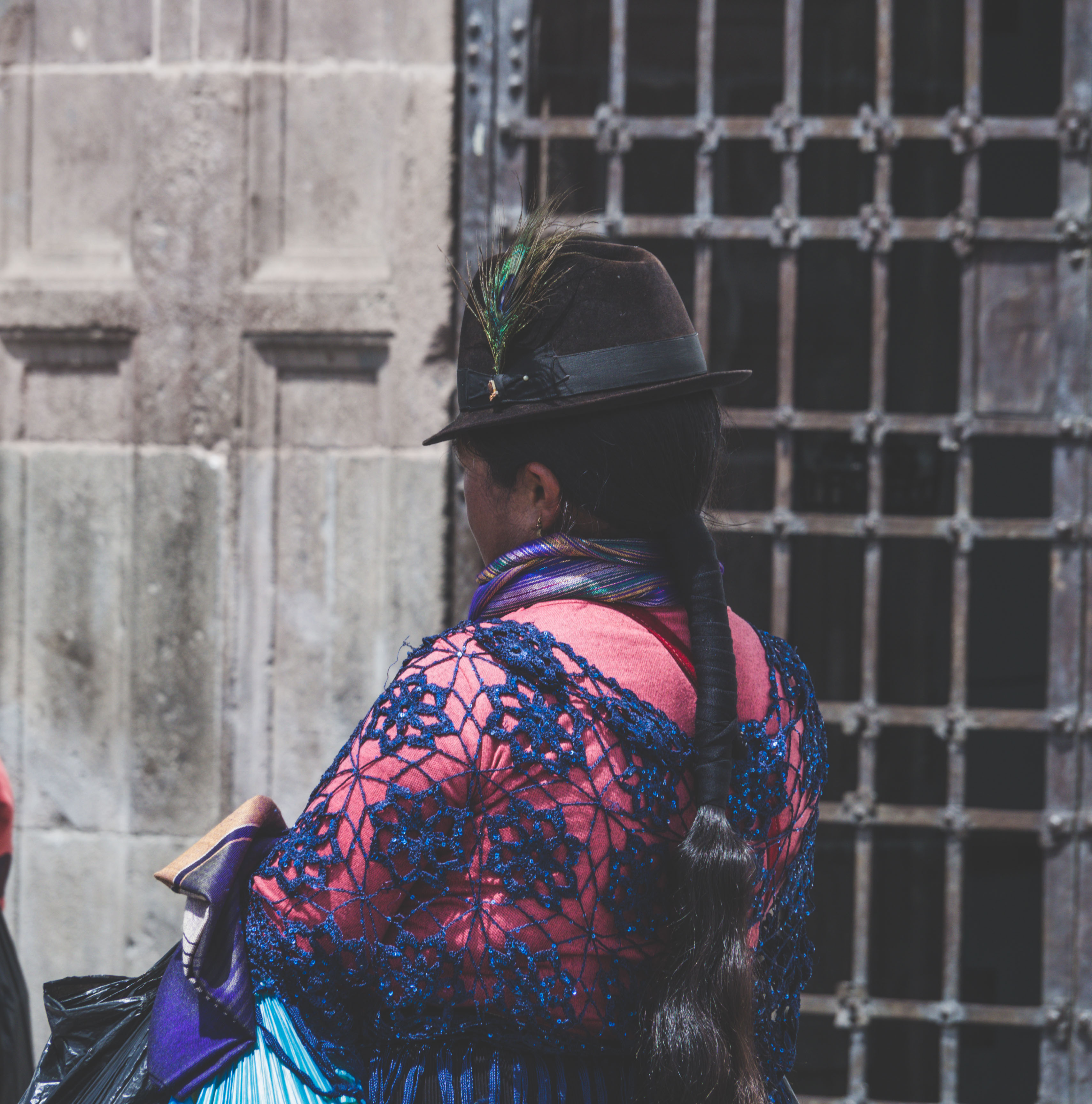 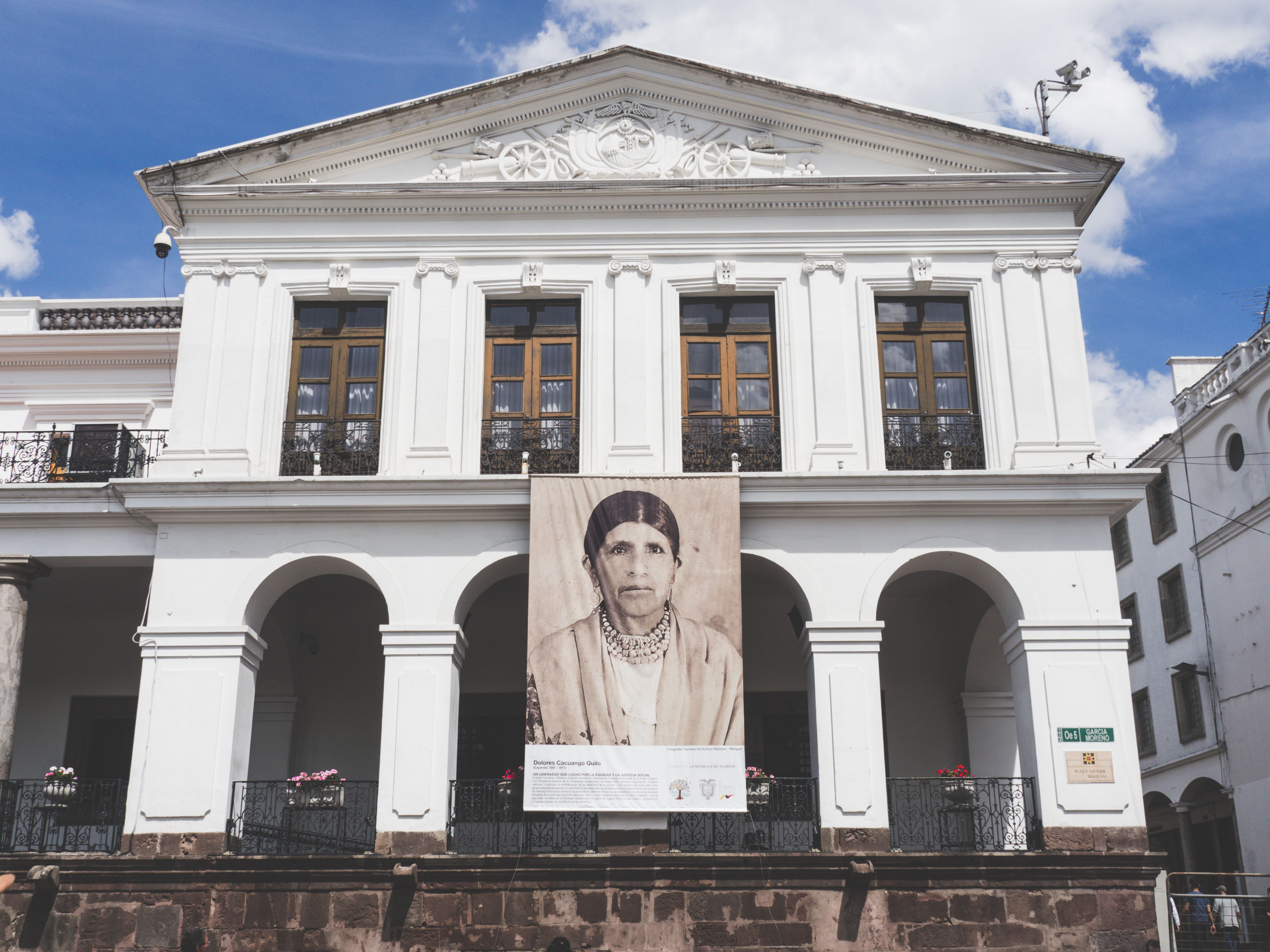 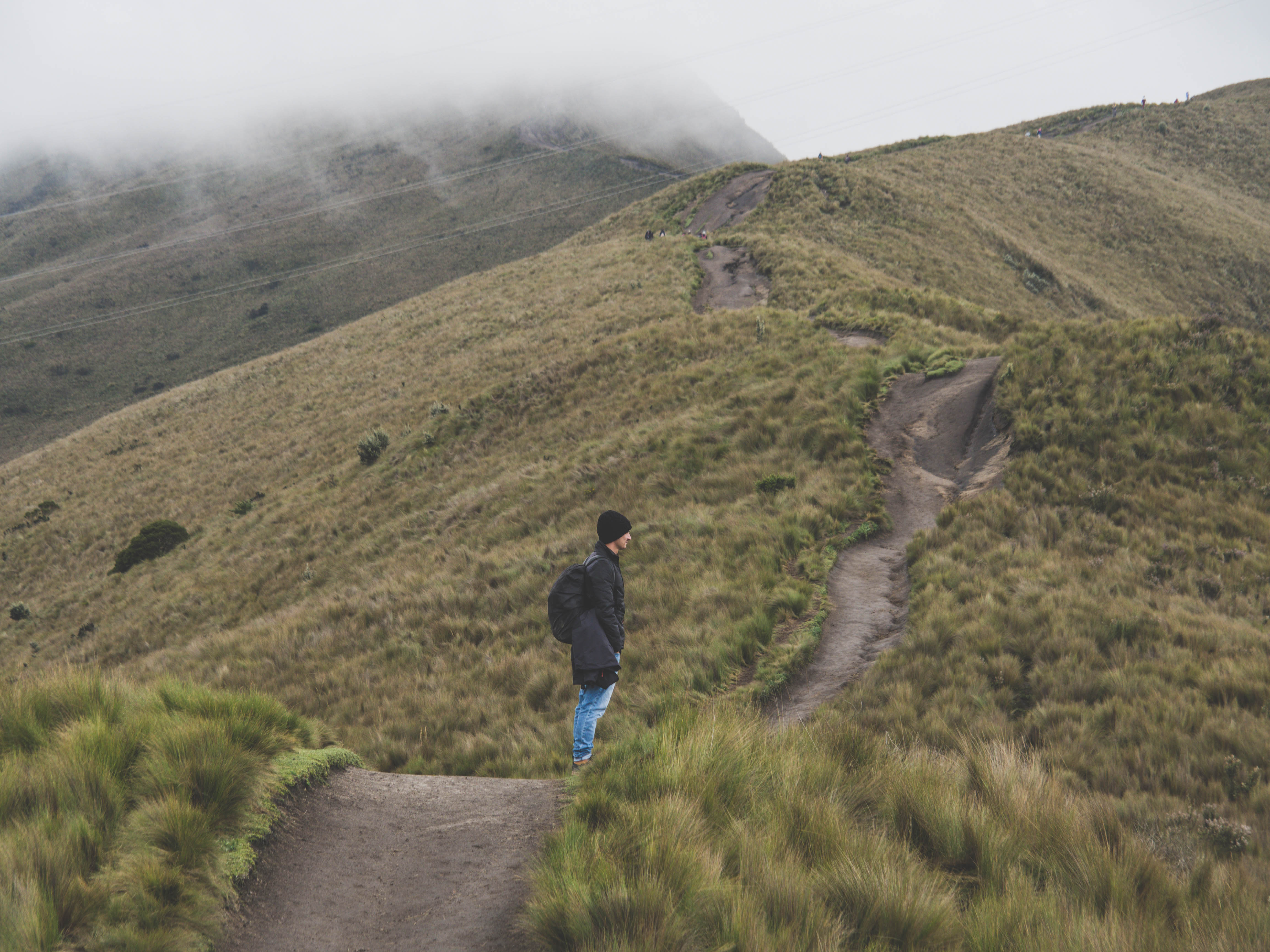 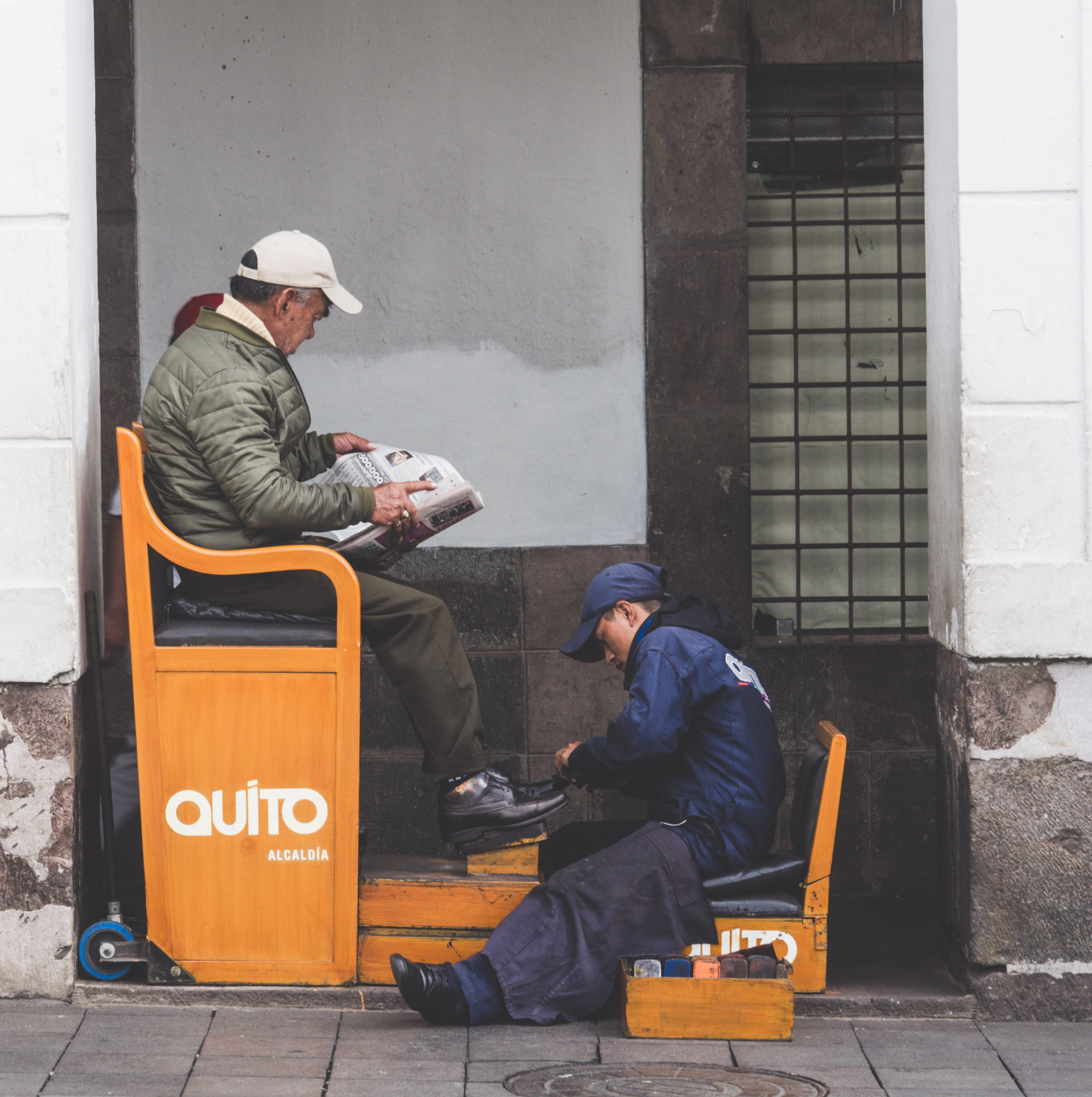 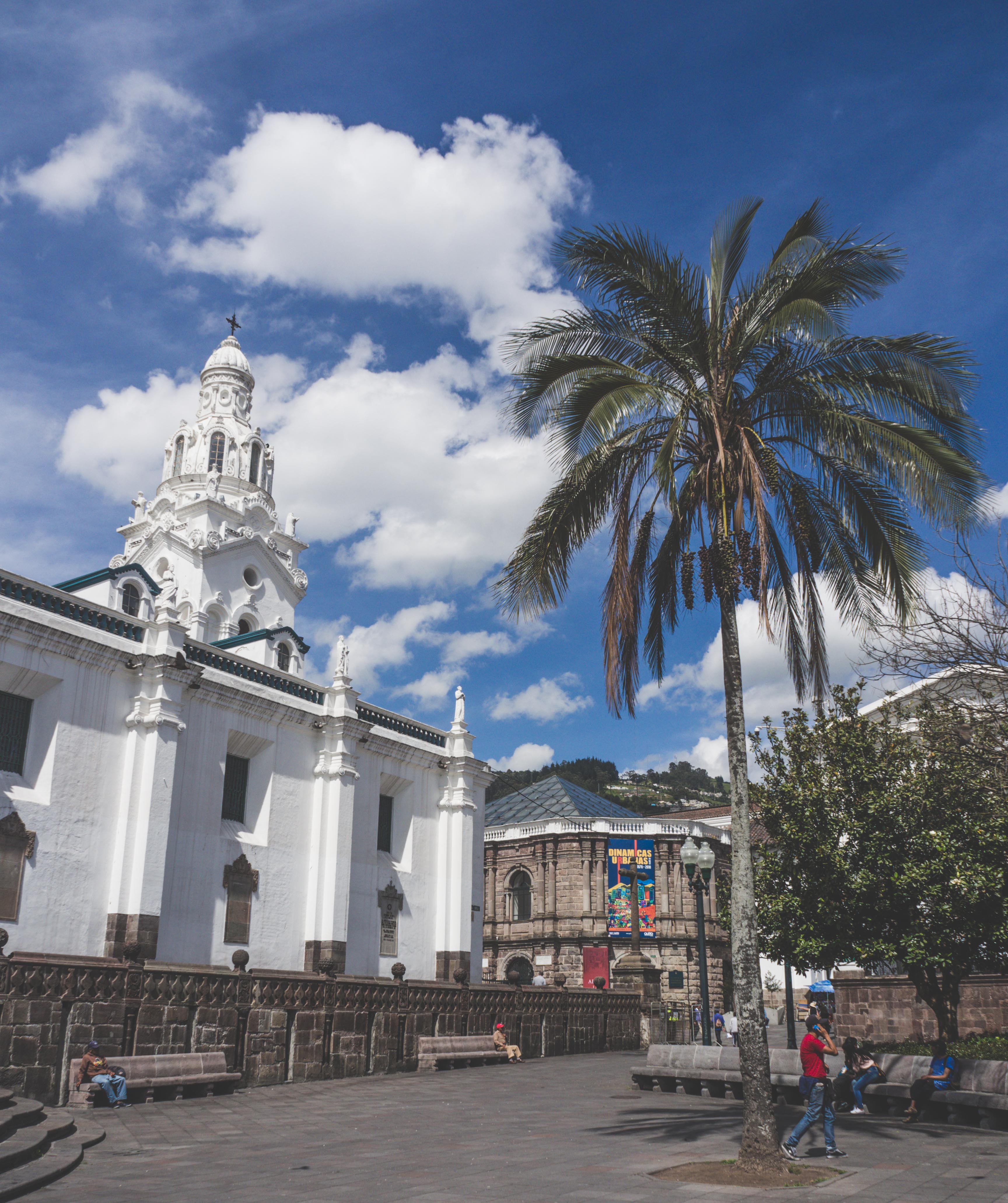 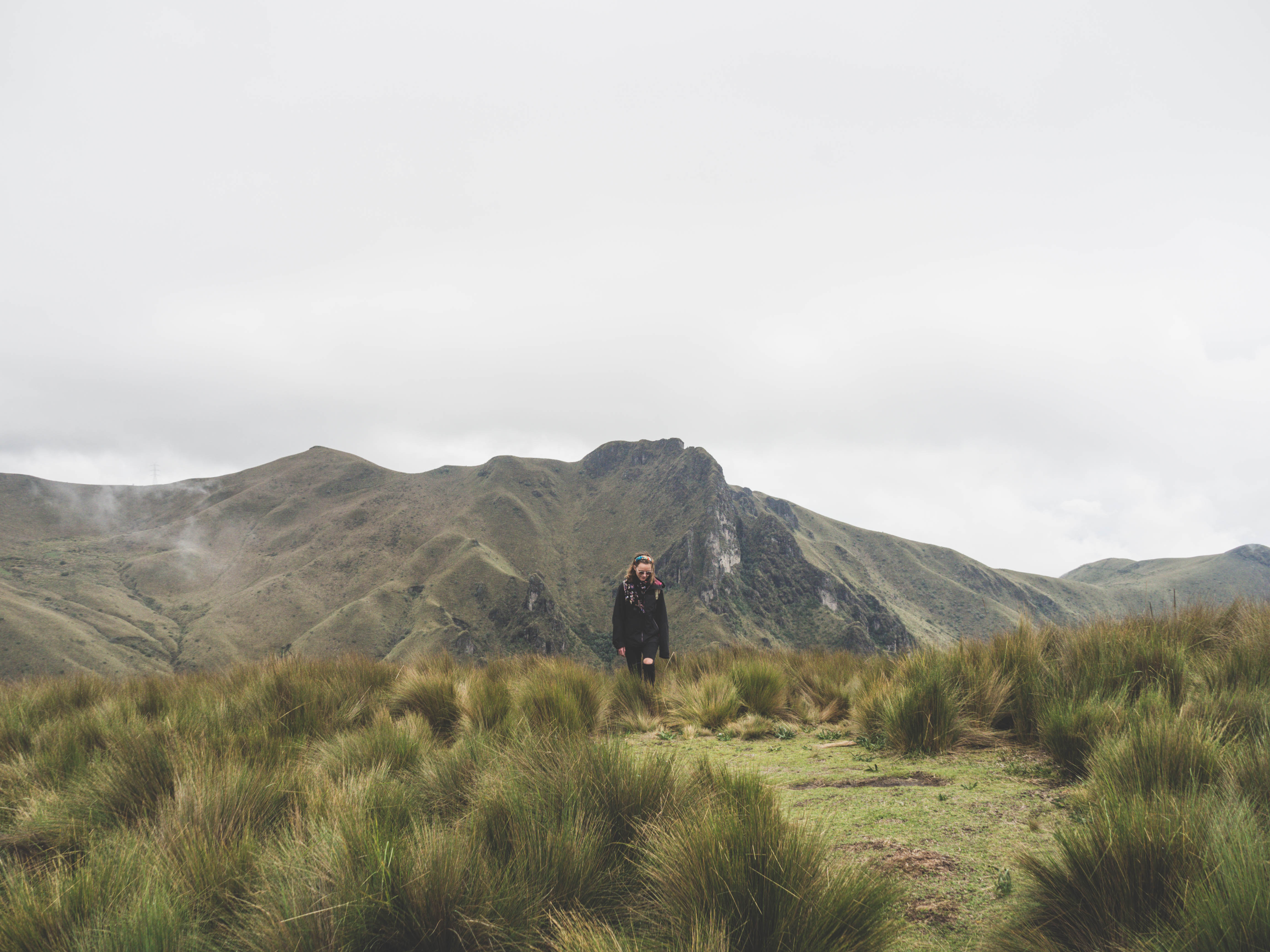 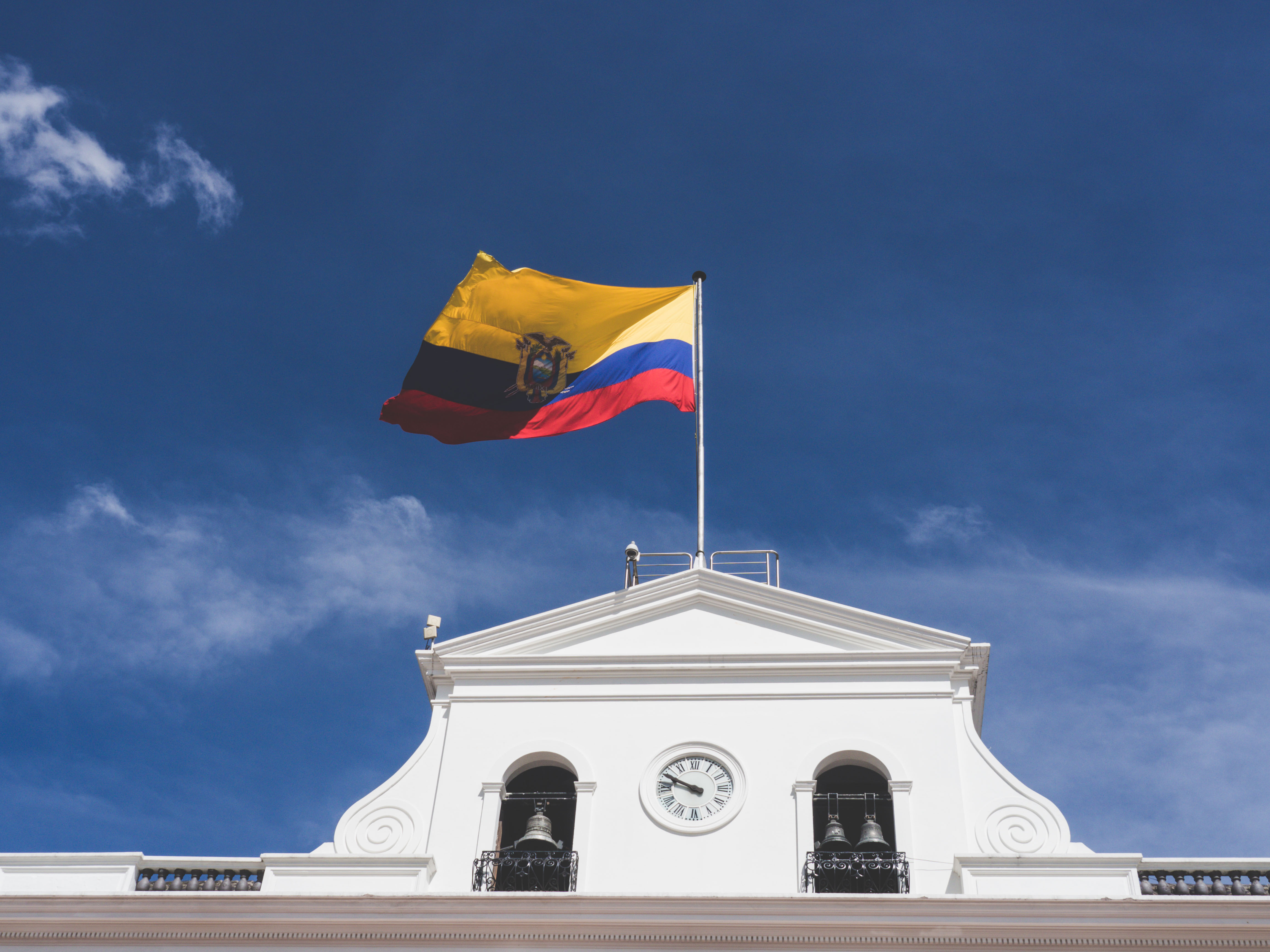 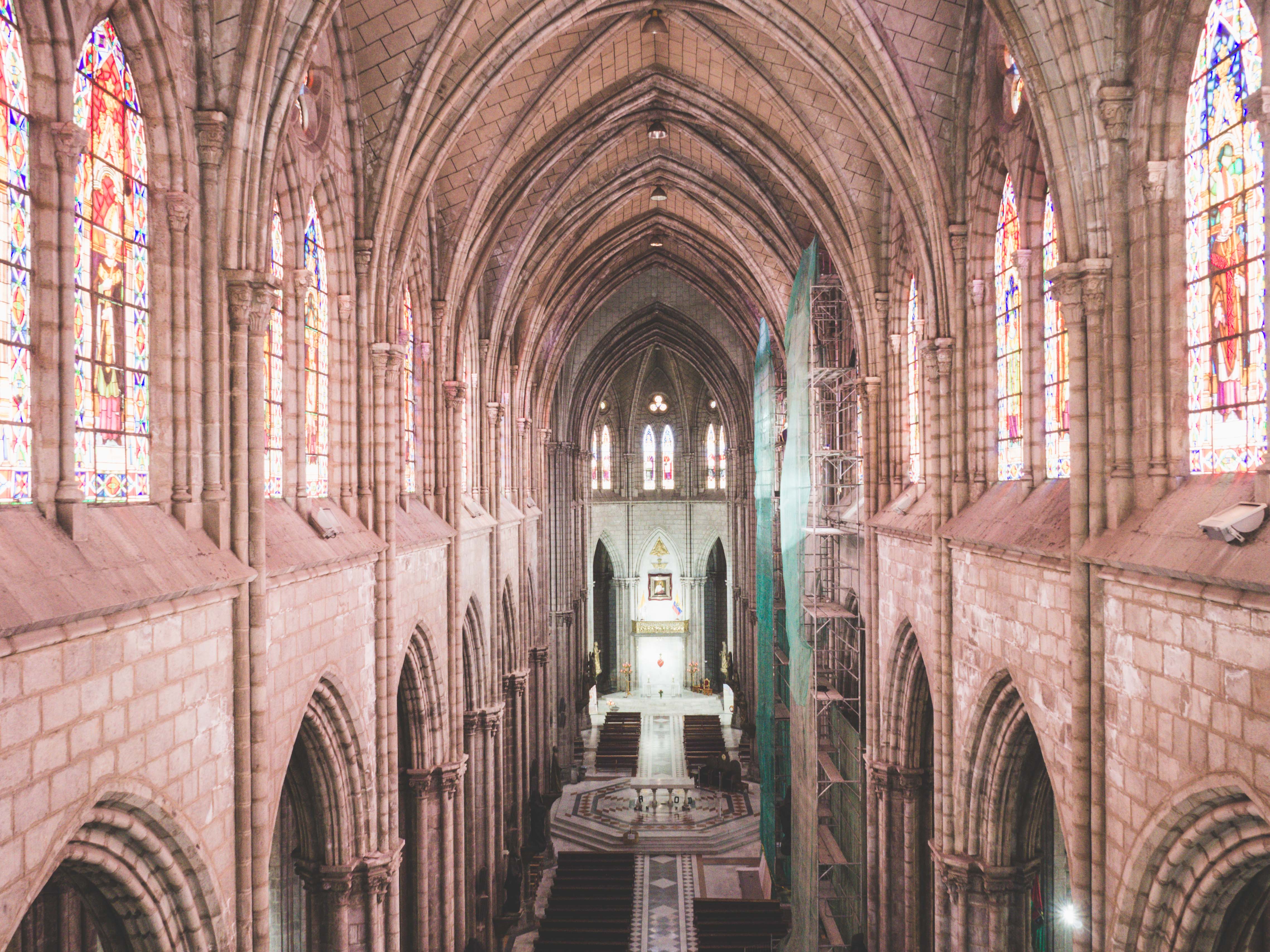 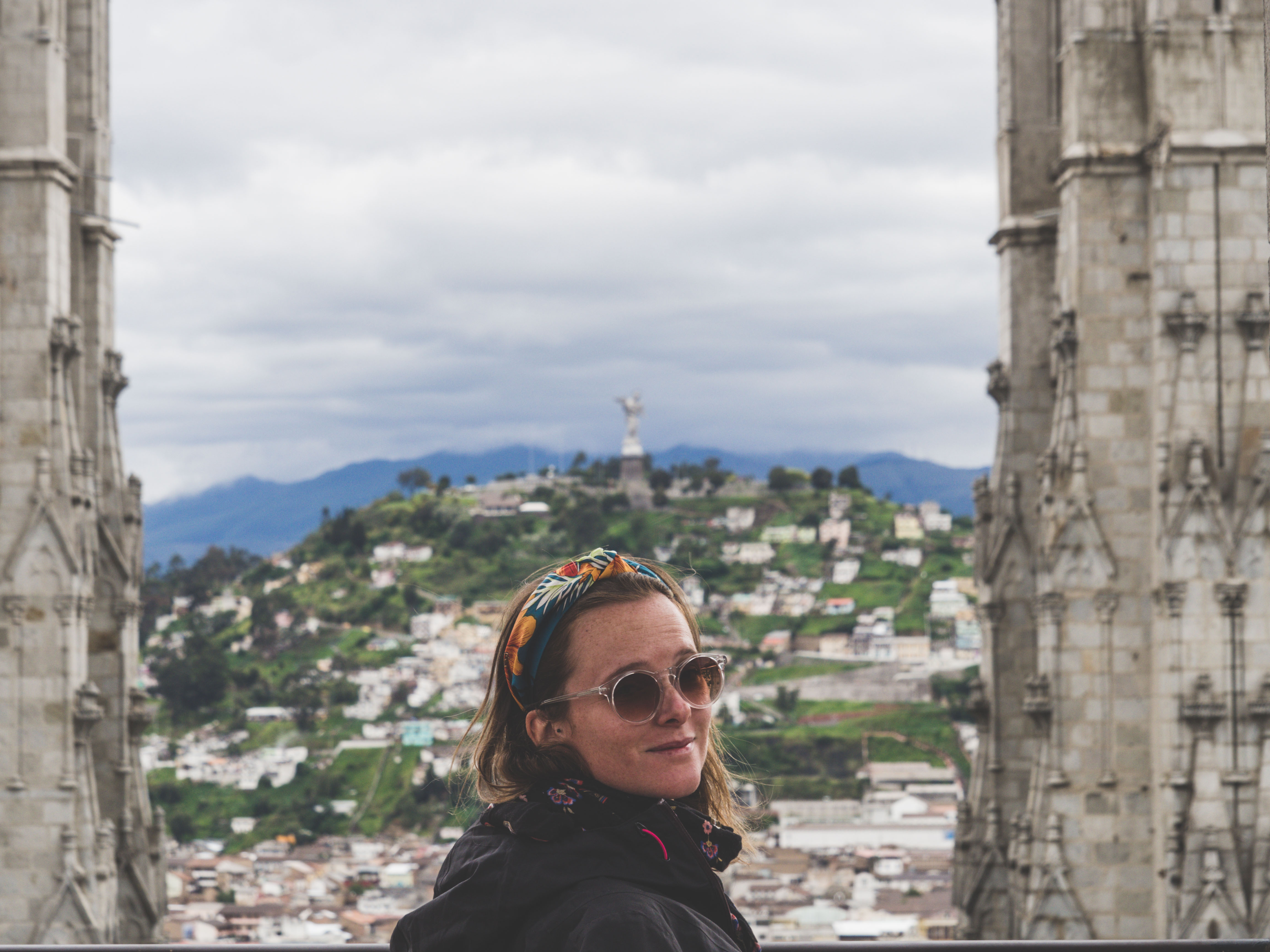 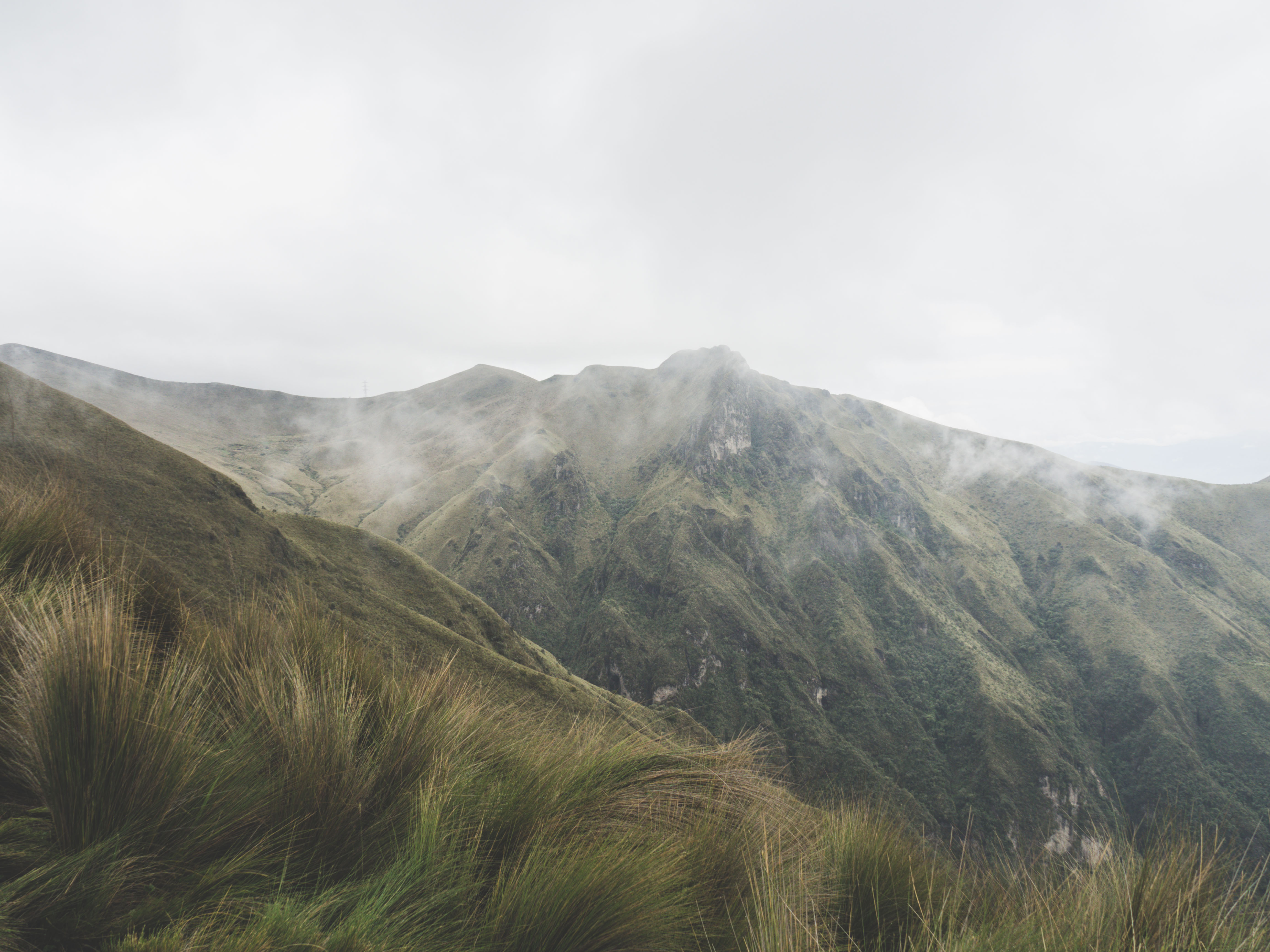 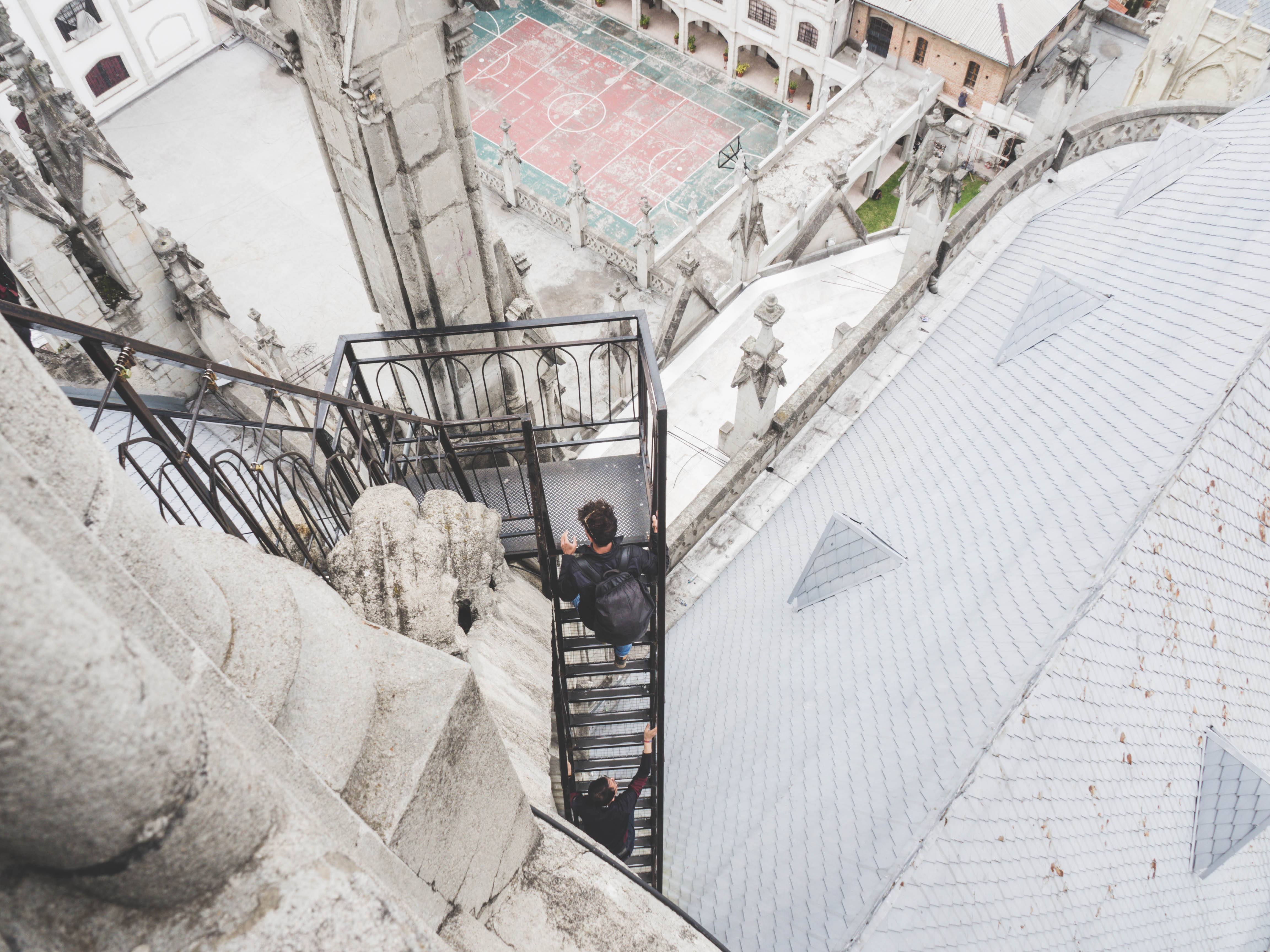 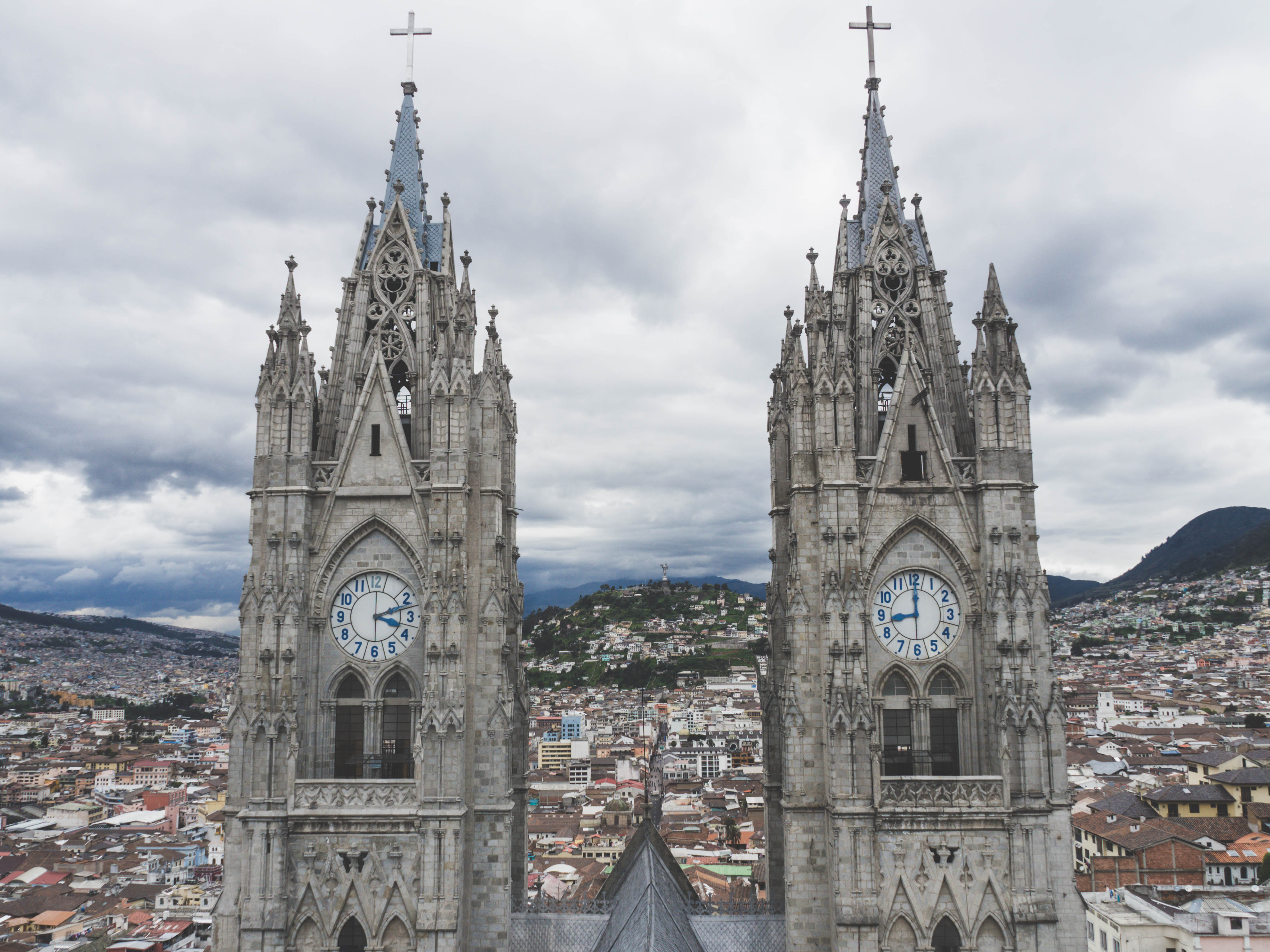 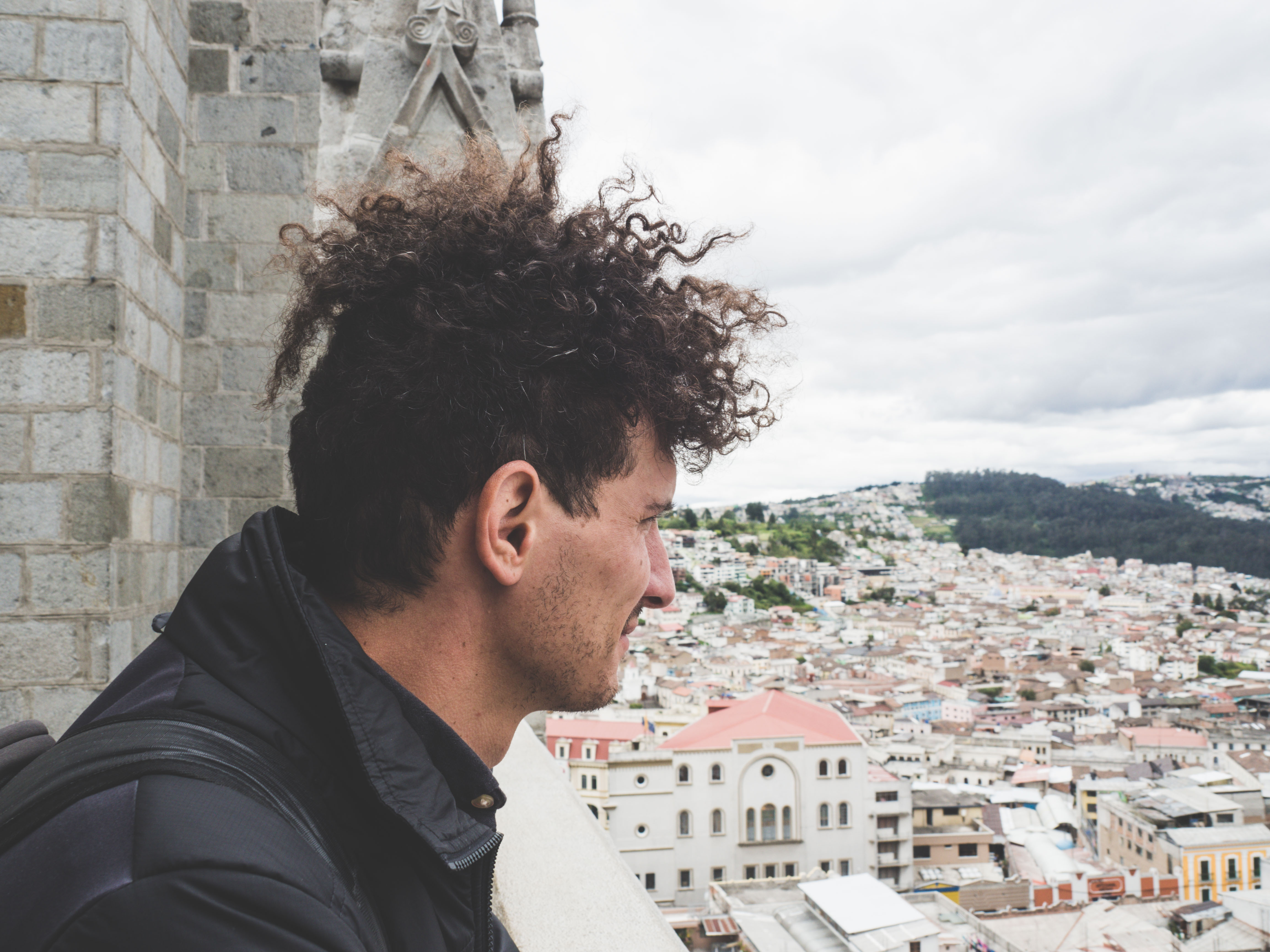 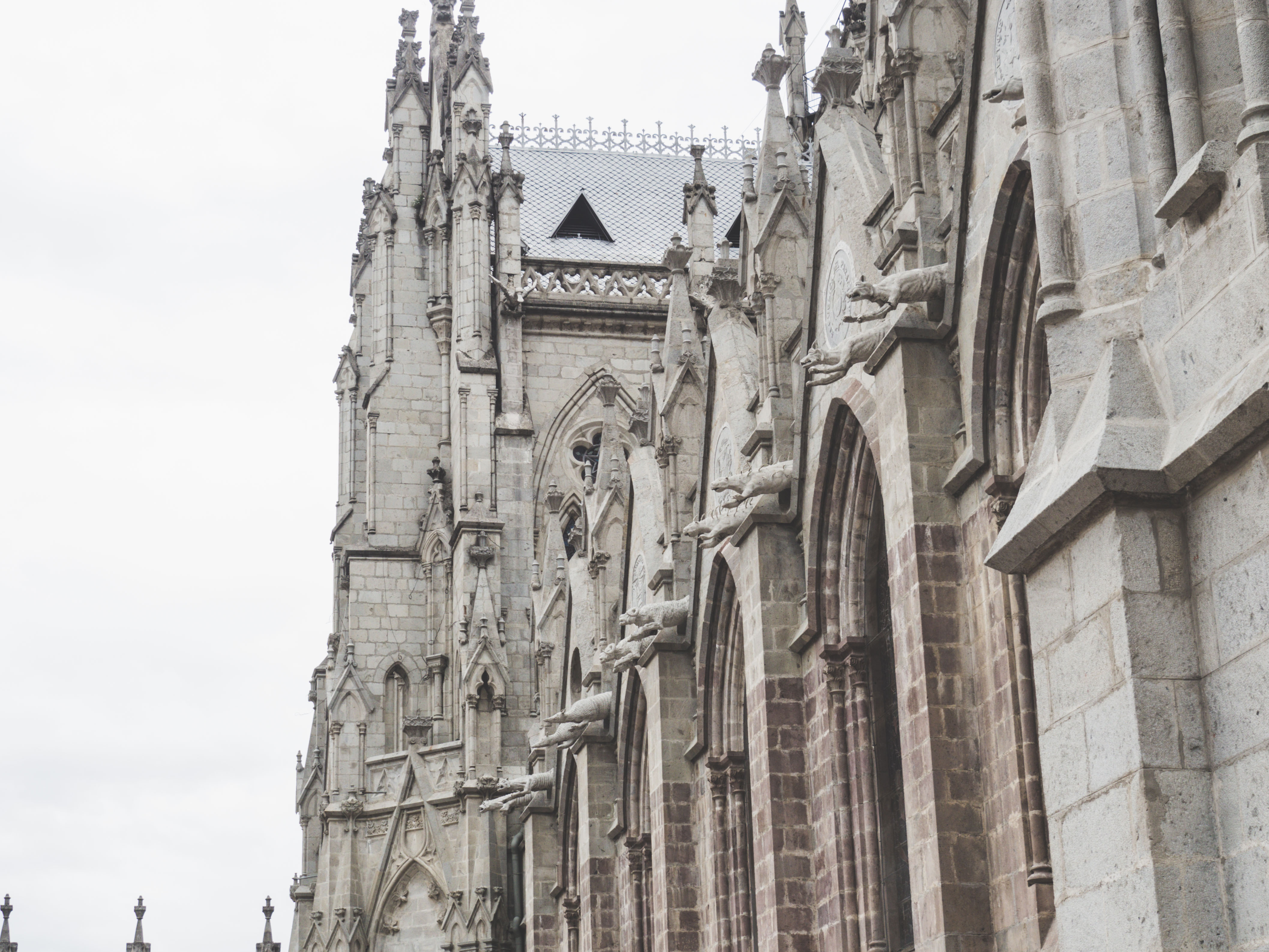 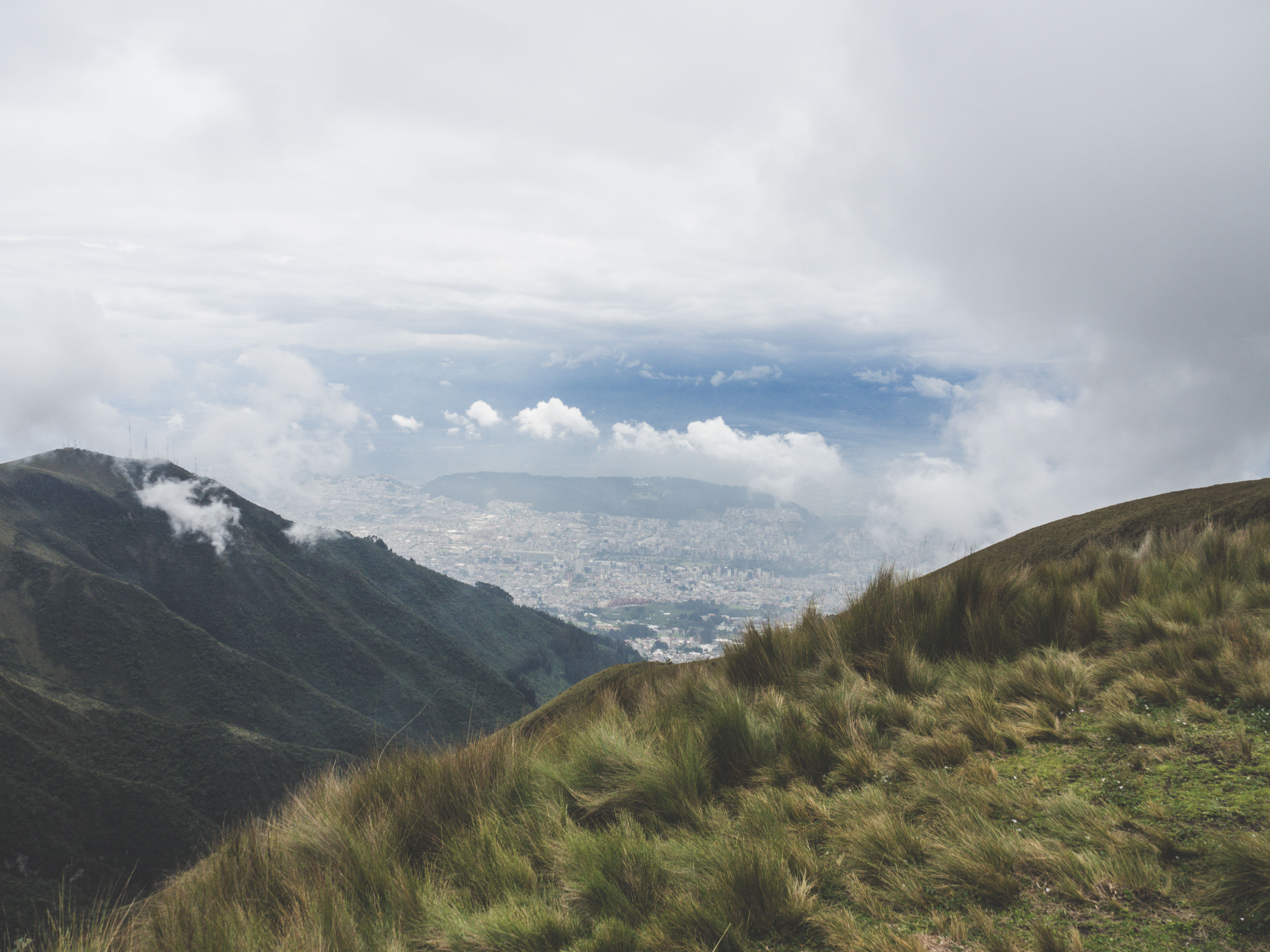 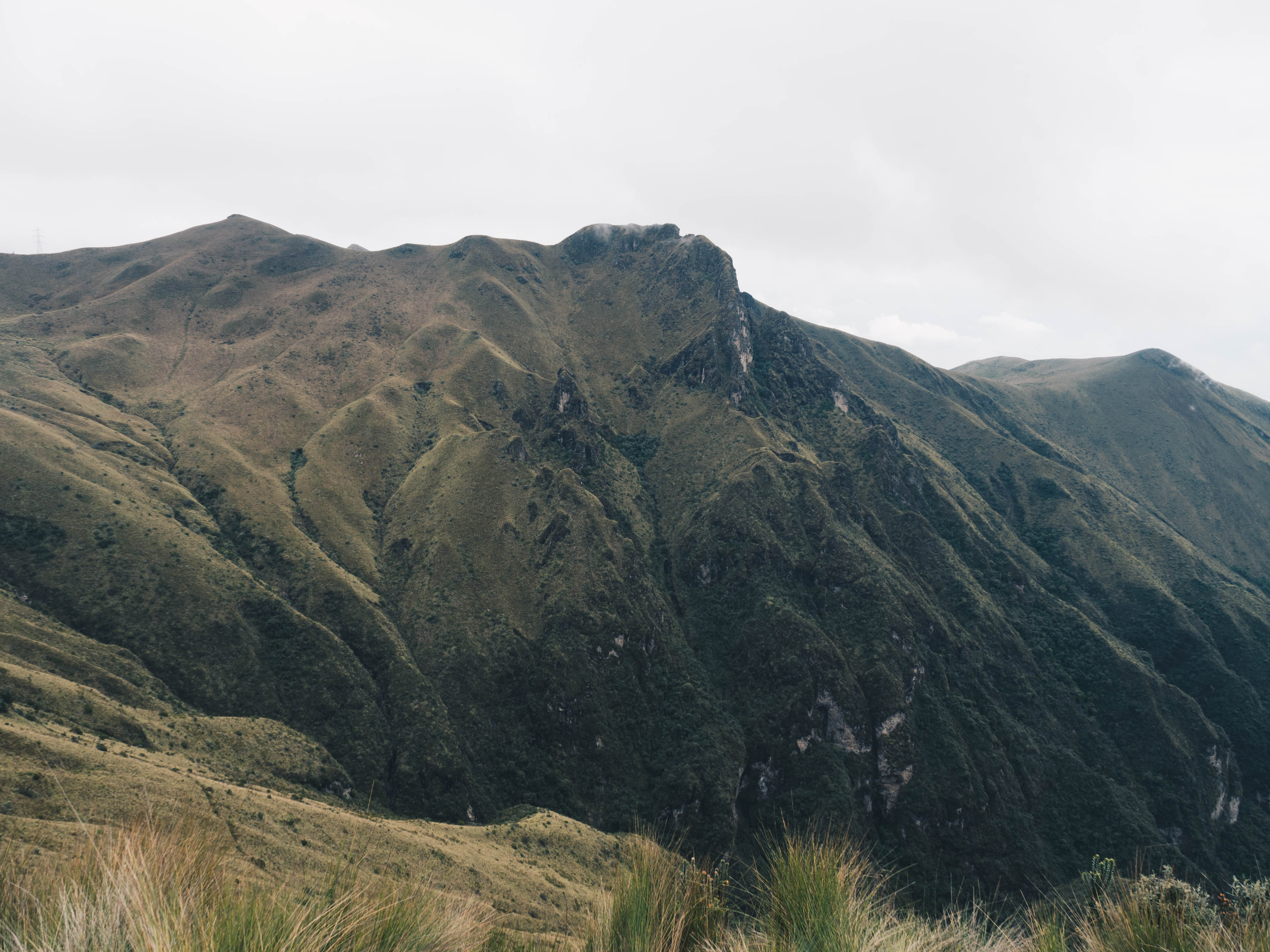 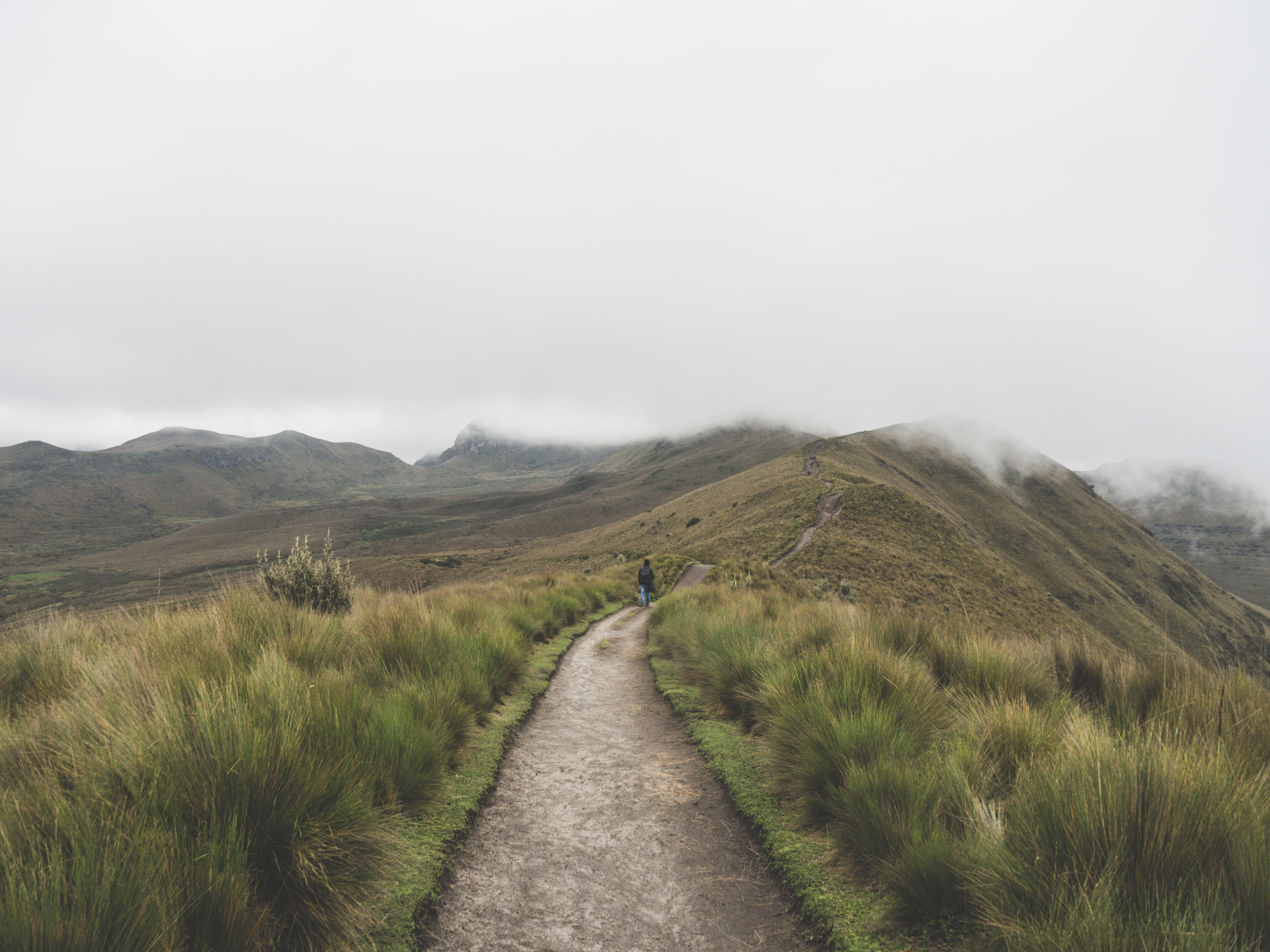 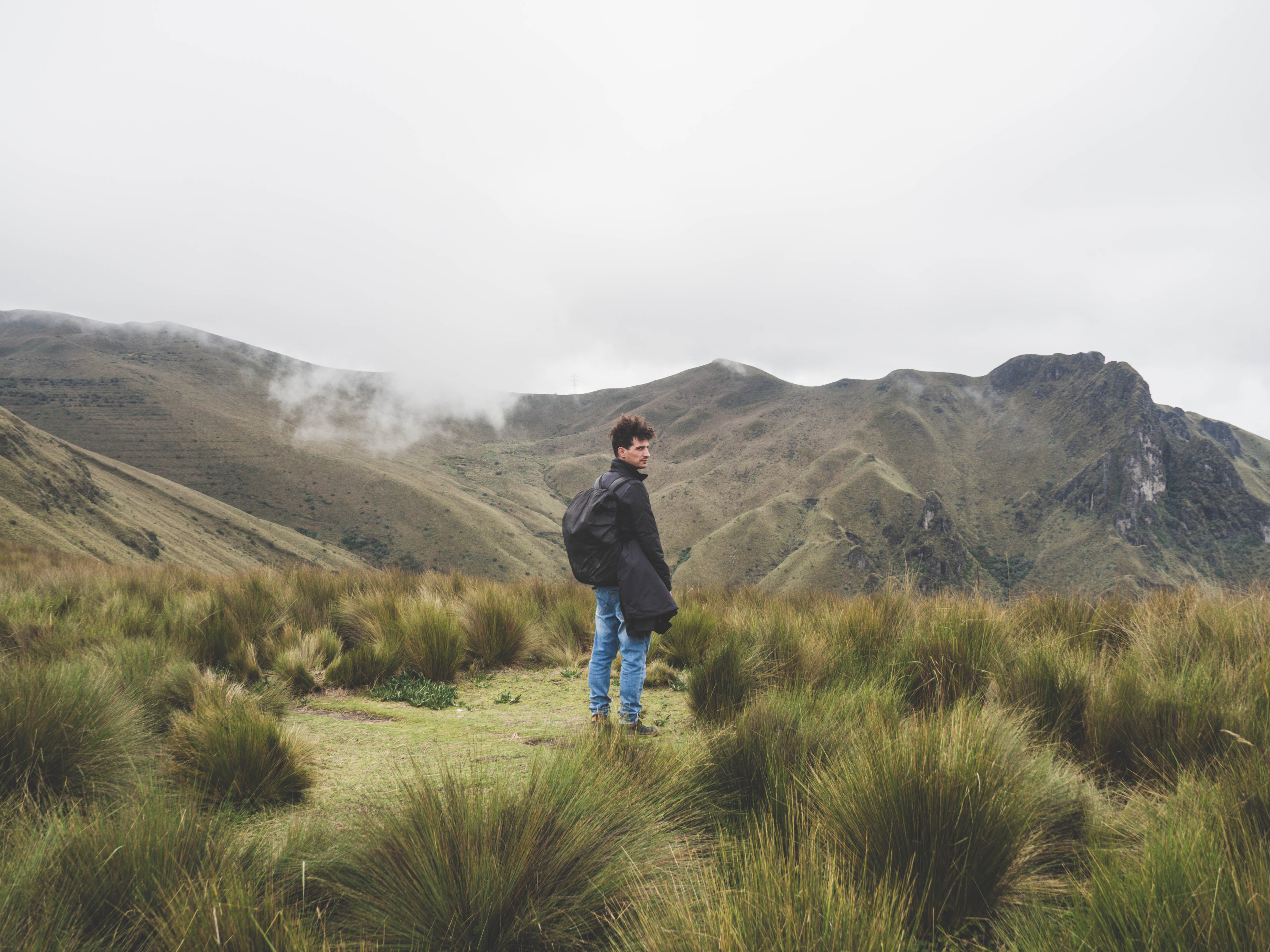 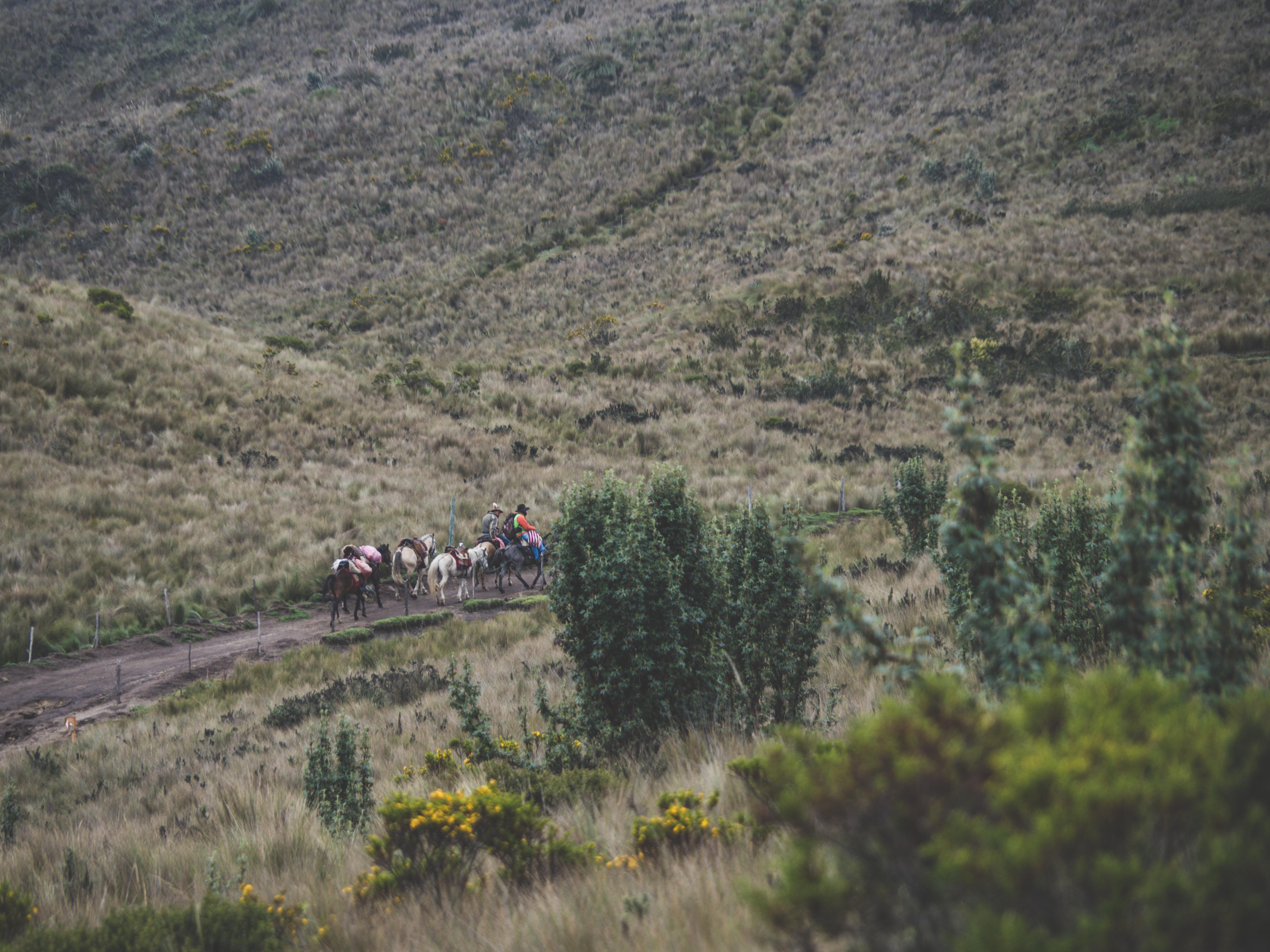 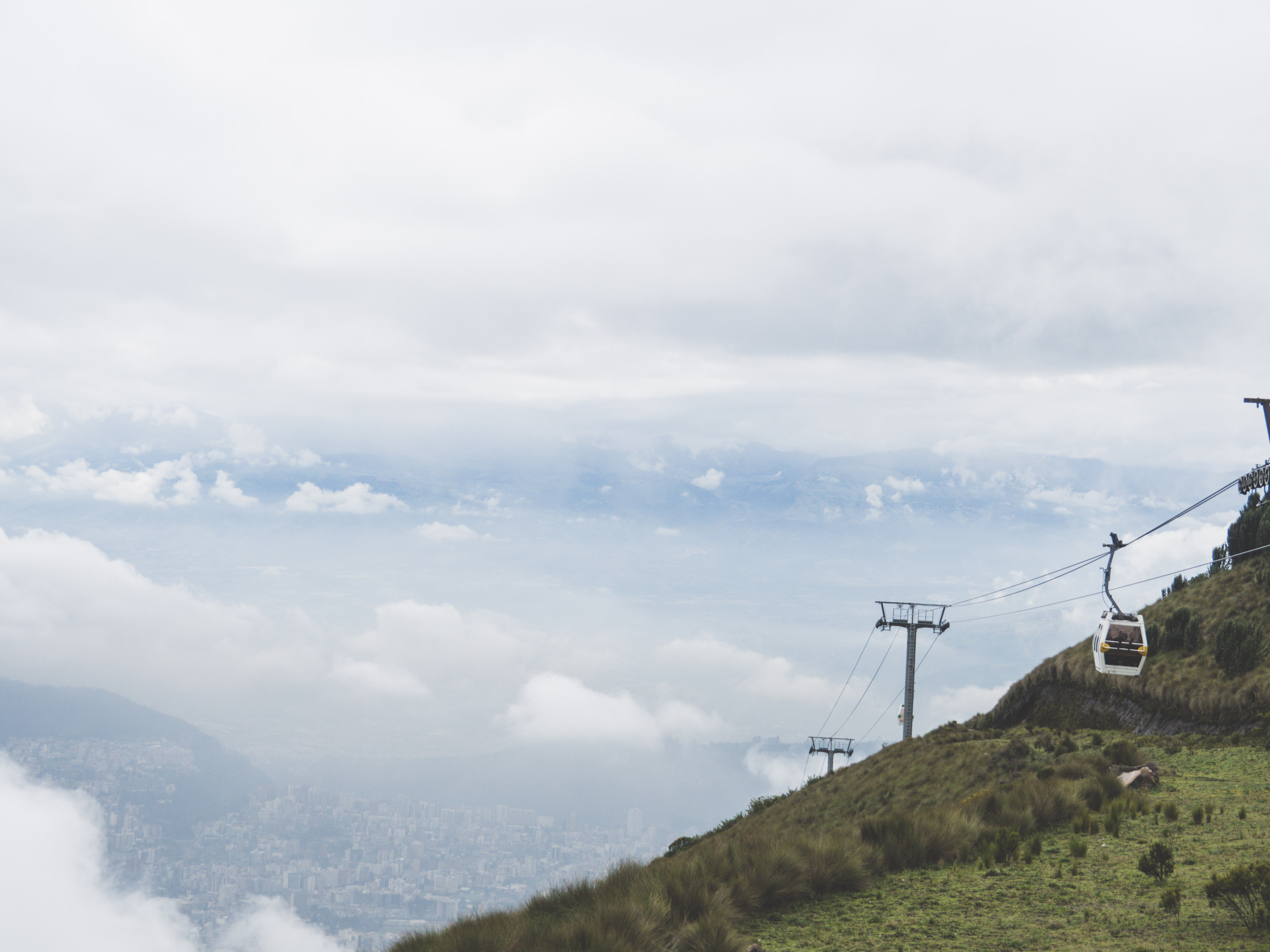 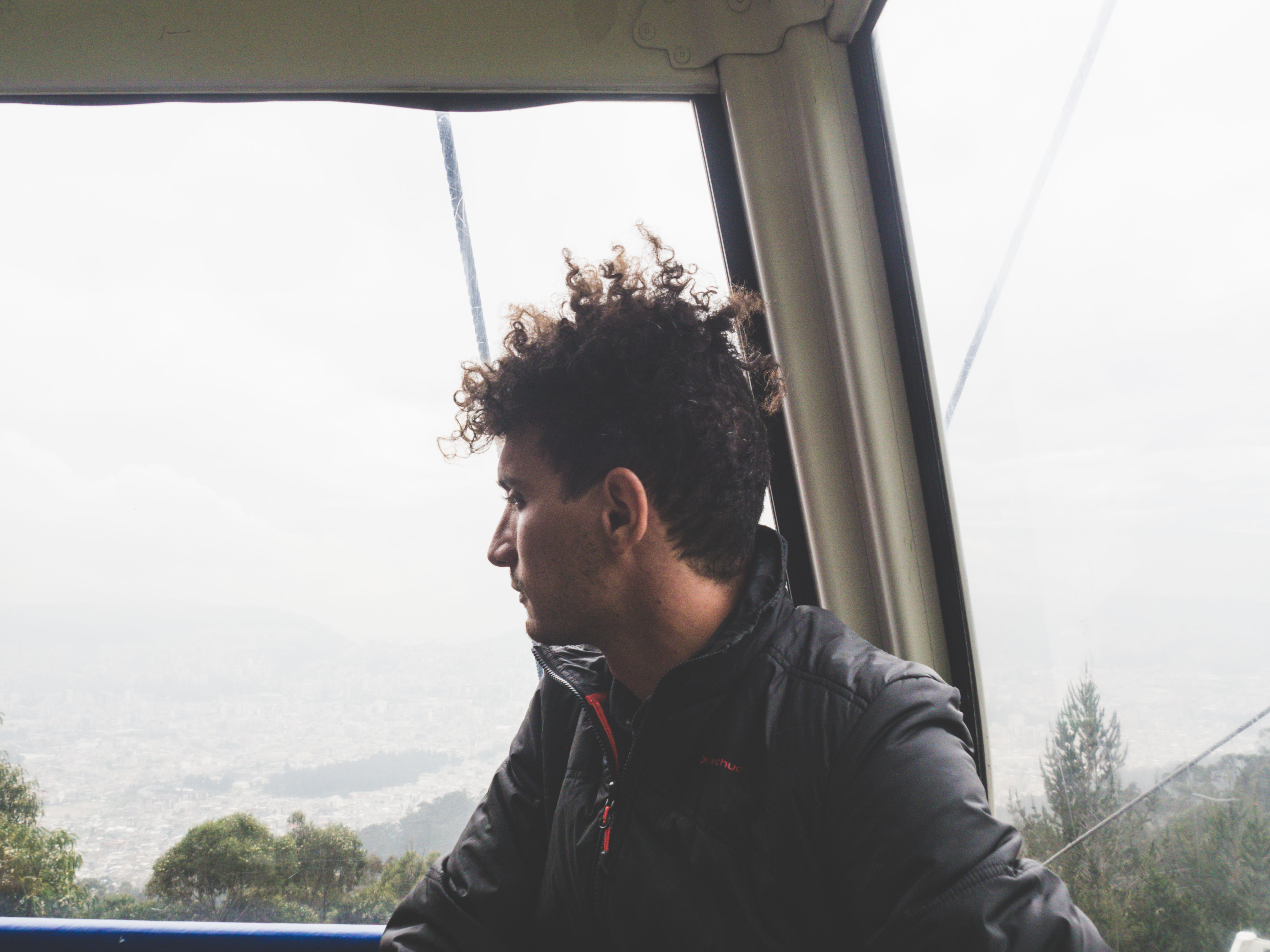